Extending the edge of climate zones

What can you grow and where?

Extending climate potential and possibilities.
Rain patterns and drought.
What to plant and the dream of tropical food forests in Alaska. 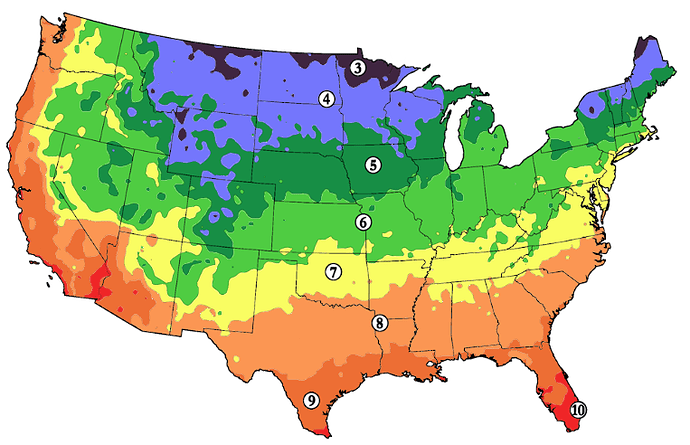 You mean elevation, orientation and proximity to the sea as some of main influencing factors.

This maps are very general, one thing that i see as very interesting its the Appalachian Mountains and how general climate behaves there.

Maybe we can find other maps to publish here so that we can have a more clear idea about main influencing factors.

This is what he is referring to: Tomato Growing Zone Maps

People grow tomatos in Ukraine outdoors and i would guess you can also do it in Alaska.

Define “Alaska”. Do you mean the rain forest on the Pacific coast? The cooler but still mellow zone 4 Ancho/matsu valley? The zone 5 Kenai peninsula? Zone 2 Fairbanks? Or zone 1 Barrow?Heck the Canadians do a better job at defining their grow zones, temperature is not the end all/be all of factors.

Here there is only one way to make sure; you plant your trees and then wait for a test year. It may take 10 years, it may take 20, or it may be the very next one. For my area that’s the one that hits -30f, with no snow coverage, howling winds, and a January meltdown in the 50’s followed the very next day by sub zero temperatures. Anything that doesn’t experience too much die back is declared hardy. Believe it out not there are quite a few trees and bushes that don’t even notice those years.

Yes, it is getting warmer, but test years are still a thing and they are likely to pop up. It doesn’t matter if the tree can survive 19 out of the next 20 winters because that bad one (which could happen first in the set) is the one that defines Hardiness.

I miss growing stuff in the tropics, it feels like cheating.

Can you grow cherries and apples?

Maybe we can find other maps to publish here so that we can have a more clear idea about main influencing factors.

The USDA growing zone maps are very one-dimensional (“how cold does it get on average?”), but my preferred climate classification system (Köppen) doesn’t really incorporate extreme temperatures very directly. Here are a couple of those maps: 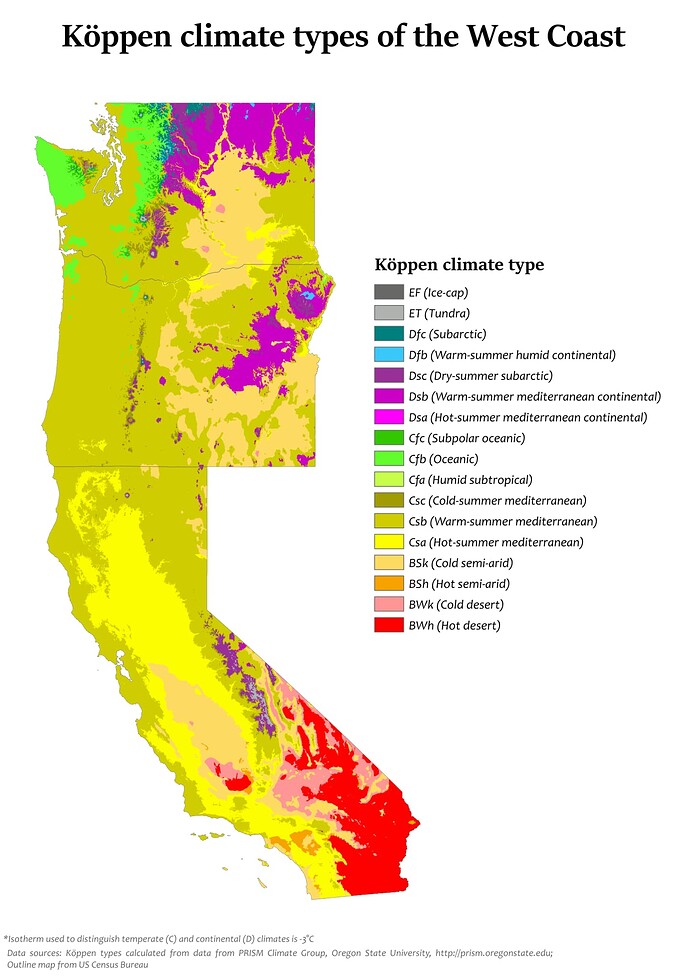 Sunset zones are probably the best way to decide what to plant, but they aren’t as widely used or understood. Here’s the map for Western WA: 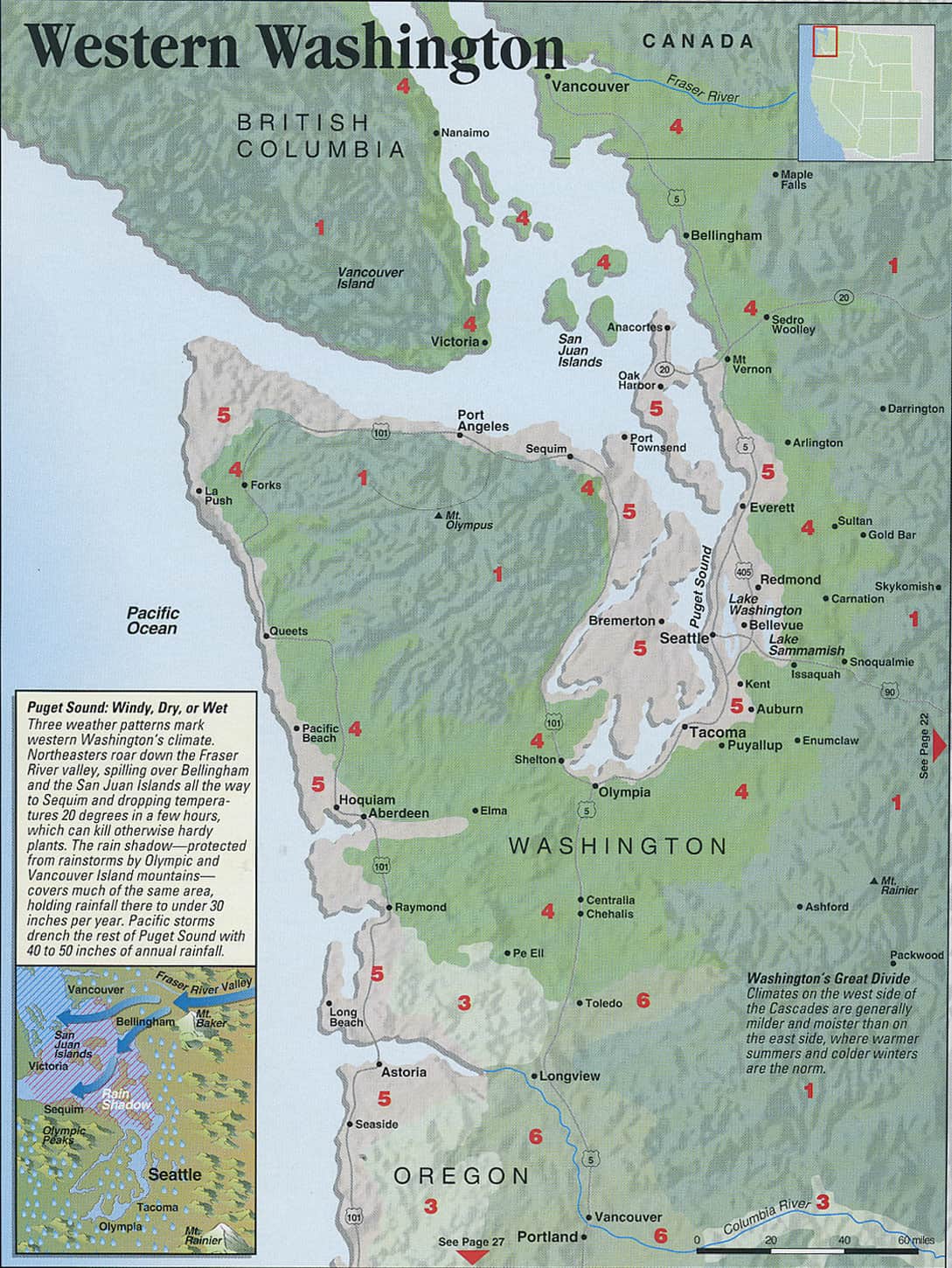 Many more can be viewed here: 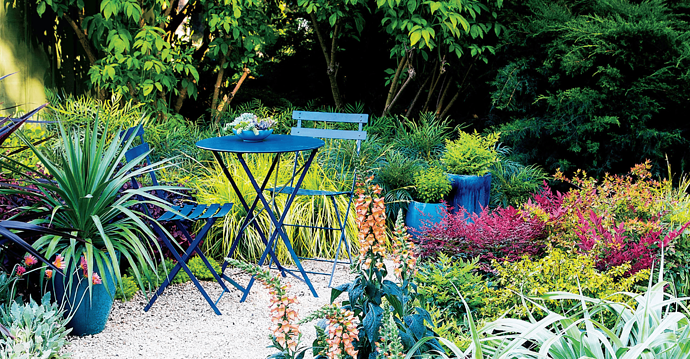 When posting unlabeled maps, please provide text labeling. 2nd map above is hardiness?
And what is the data year span for that map? A more recent USDA map was released not too long ago, and includes A|B subzones.

The maps are more applicable to commercial growers, rather than individual gardeners who like to experiment or go to great protective measures.

Climate zones are just approximations, no matter how much computerized data goes into the maps. You are safest to grow what you see others in your area growing. Then using zones as a rough guide, it is mostly experiment with other plants and hope for the best. I try to plant zone three plants, if given the choice, but the selection is limited. With many other varieties I consider it a bonus if they actually produce a crop. That is where the hobby aspect enters in, as opposed to growing food for the family, where it is better to stick with tried and true. Learn to resist coveting every fruit someone raves about on this forum! Now to follow my own advice!

I’m always surprised how little most people know about US or other climates. That said climate maps don’t tell you very much. If they were over laid with maps showing commercial fruit growing acreage, you’d know a lot more.

There aren’t that many areas in the US with concentrated commercial fruit production. And some production areas are tiny like for instance Palisade/Grand Junction CO. Others are big like stone fruit in CA and apples in eastern WA state. There are other good areas near the great lakes, mostly in Michigan. That area benefits from the temperature modification offered by the great lakes. Florida has citrus and other fruits. The east coast only scattered peach and apple operations.

Palisade CO is typical of small areas that have favorable air flow on cold spring mornings to ameliorate freeze damage. Plus, they get significant protection from tall mountains to the east. As a result Palisade is a better fruit area than spots 200 miles east on the eastern side of the Rocky mountains.

The West coast from CA to WA benefits greatly from both the Rocky mountains fending off winter cold and the Pacific Ocean modifying temperatures. These are the best climates in the US for fruit growing.

Florida benefits from being far south and having oceans on three sides.

On the other hand there is very little commercial fruit production on the central plains from North Dakota to Texas and NM/CO/MT over to the Mississippi River. This area is exposed to the worst of the arctic outbreaks in winter, Terrible spring freezes, high winds, and on the western side 5-12 hail storms a year in any one location. That’s why I grow in a greenhouse.

People grow tomatos in Ukraine outdoors and i would guess you can also do it in Alaska.

Ukraine in the second largest country in Europe with a wide range of climate conditions. Alaska is huge and immensely diverse in its climate conditions. The ability to grow tomatoes has very little correlation with ability to grow fruit trees. Different species of fruit trees vary a lot in their winter hardiness, susceptibility to spring frosts, and heat requirements for proper fruit development. People who live one-hour drive away west from me might have 100 chill hours while I have 1000. People who live two-hours drive away east from me ski in May when I’m eating apricots. Overly general statements and continental-size maps provide zero useful information from a particular grower’s point of view.

Can you grow cherries and apples?

There are lots of apples that grow in Fairbanks, zone 2. Me being in zone 4 I have even more choices. With apples the real litmus test is ripening, as winter often starts mid October and to play it safe you would want to harvest things no later than the first week of October.

The exemption is some cider apples that tenaciously hold onto the tree; you let them freeze hard and that concentrates the juice quite significantly. Because the freeze also breaks down the flesh, which once thawed lets you press the entire apple.

Lots of sour cherries downright thrive here. Sweet cherries? Not so much. Currants, haskaps, Saskatoons, seaberries, there are tons of things that are very cold hardy.

…and I’m curious about that chill hours map above. One common chill hour model is 45 to 32 °F.
3400 hours (at my location) would require 142 days of 24-hour chill. There are only 122 dates at Portland Airport when the average low is < 45°F; those are the only possible average days to accumulate chill hours.

3400 does seem like a very high number. Not that it matters because half of that would be enough for anything I’m aware of.

You don’t have many hours below freezing but maybe that hours below 45. But if that were the case ND would have more than you.

Most maps I’ve seen, if I remember correctly, go up to something like 2200.

When I first started gardening I thought to myself oh I can’t grow X because I live in the Denver metro area of CO and it is so freezing here. What I learned was that my area is actually very favorable compared to other areas. I am not as big into tropical fruit in general. Due to my dry climate but also cold climate I can grow things like Euro and Asian plums, apples, pears, apricots. Sweet cherries are hit or miss here but will grow. Basically everything I eat grows naturally where I am though. Challenge with that is it can get quite easy to get carried away with plants. 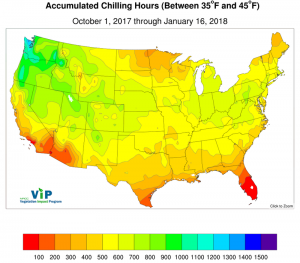 This map makes more sense. It’s conservative, only counting 35-45F as chill. It does show the depression of hours in mid northern areas and highest in the PNW.

Those northern areas with deep winter cold don’t have any more chilling than south Texas. In the north chilling comes fall and spring. Winter is mostly below 35F. For things like apples the cold northern areas would still do a better job chilling things like apples than would south Texas. I’m in the roughly 400-500 hr zone in SW Texas and apples don’t like our winters, too much heat. 60s and 70s this month.

I believe some methods of measuring “chilling units” assign greater weight to certain temperatures in the chilling range than others, so I thought maybe that would account for it, but it looks like the main method that uses that approach (the Utah Model) reduces the weight of temperatures below or above the “sweet spot” so if anything that would reduce the number, not inflate it. I found this to be a pretty useful summary of the different ways to measure chilling units: 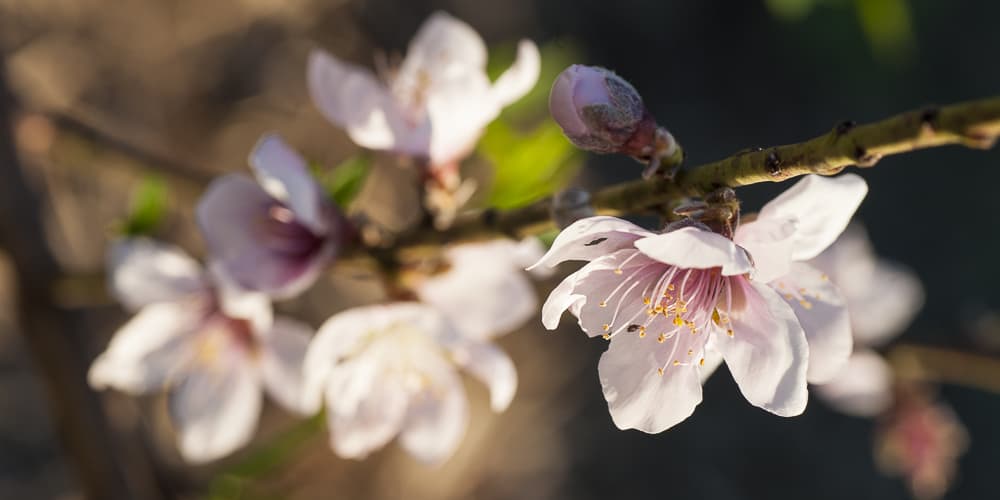 Many deciduous fruit trees will not give you the fruit yields you want unless your property receives adequate chill hours. But what are chill hours and why are they so important? A trees chill hours… 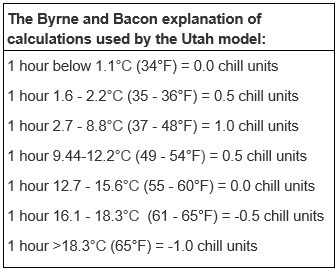 The Utah model does give some chilling between 34 and 54F. I think you’d have to count every hour between those to get 3400 even in the PNW.

In winter to increase chilling I heat my greenhouse to 37F. That cycles 37-40. So most winter nights are 37-48 for 10-12 hours. That puts the GH in ideal chilling when it’s too cold outside. We get a lot of hours below 34 most winters.

I was able to average 16 Utah hrs a day in chill mode in the GH.

My current 10 day forecast is a pretty good example of how we rack up those chill hours here: 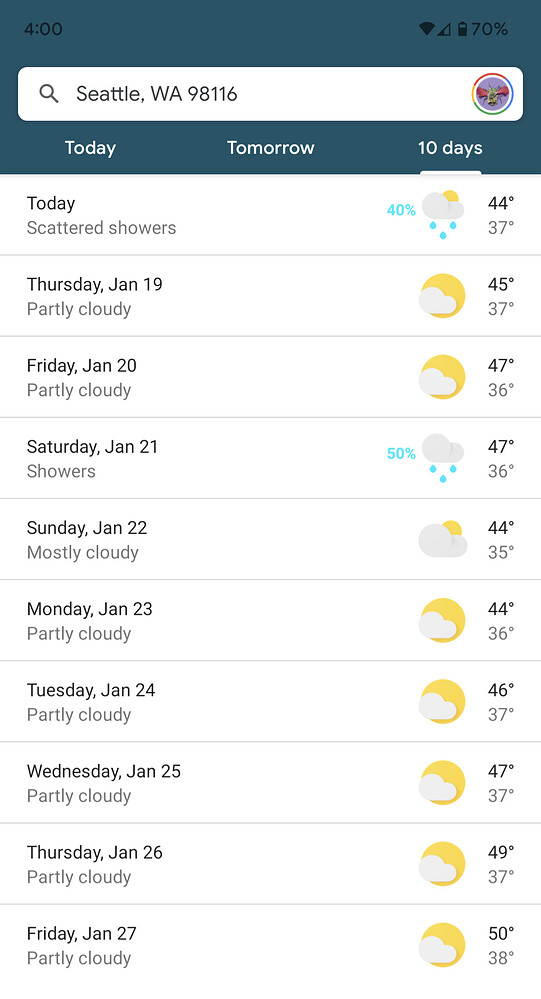