My Chicago hardy in ground tree came out of dormancy with no damage whatsoever. Mild winter. Now I see a lot of breba fruit coming out. Unfortunately all of it is towards the tip of the beaches that I want to prune off to get good structure. But of course I want to keep the fruit too. (No I’m not going to ask how do I prune the branches and keep the fruit

) how long does it take for CH to ripen breba? if I wait till fruit ripens and then prune the tree will it have enough time to develop the main crop and ripen that too? Does breba fruit taste the same as main crop? Does This sound like a situation where I have to pick between breba or main crop?

Hardy Chicago breba don’t taste great to be honest. However, having some figs is better than no figs. They’d ripen in late June for you. Prune now or forever hold your peace, because you will hurt your chances of getting a good main crop if you prune after the breba ripen.

Thanks. I will prune now then. Better to have quality main crop and a good structure (even if it might get killed to the ground next year ) than let the tree grow out of shape.

I trained mine as wide multi stemmed bushes. They are productive and recover from dieback very well. The more stems that survive, the more fruit will potentially be produced.

Here is a photo I took at end of August. It clearly shows the hidden figlet, or embryo. This is also what people called “double bumps” with one bud and one hidden embryo. The hidden figlet never emerges and stays hidden since the season is too late.

In colder climate, we have a short growing season. Most fig growers sacrifice the breba crop for the heavier main crop. I believe breba delays the main crop. The in-ground fig trees have even a shorter growing season. So I only experiment with potted fig plants for breba and never try to get breba from in-ground trees.

As of August 1
The Desert King figs are ripe locally.
Just made 10 pints of jam.
Port Orchard Washington

I thought I had a Desert King!

Mine is probably 15 years old, in Northern California. I usually get a few breaks, and some main crop. I did not realize “the wasp” was required! 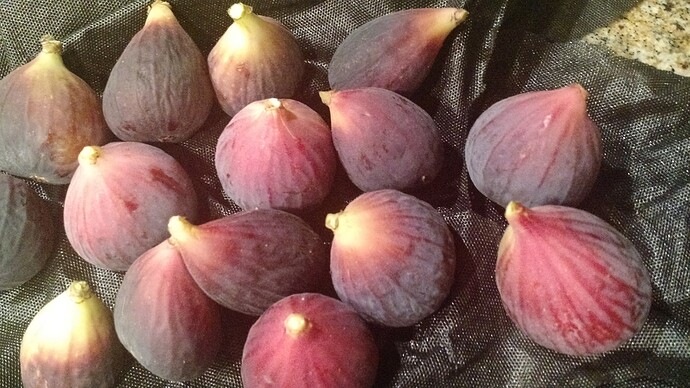 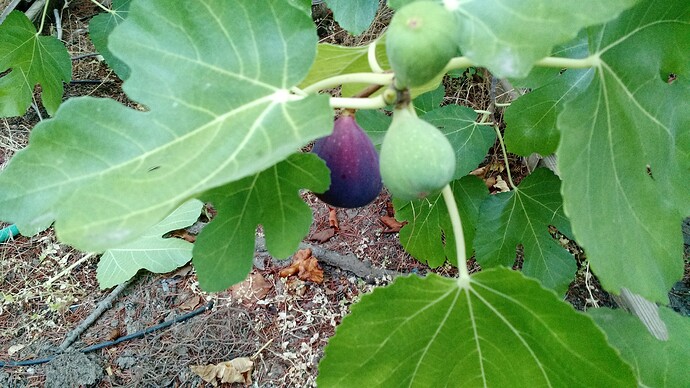 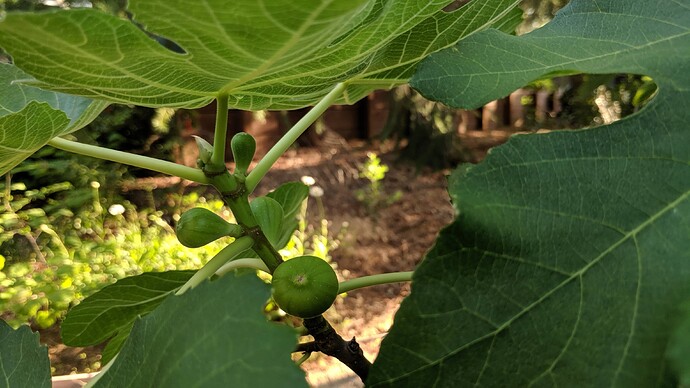 Oops! I lost the Desert King. This one must be Black Jack.

I’m getting a warning about bumping this topic. Hope it’s okay.

The hidden figlet never emerges and stays hidden since the season is too late.

… in your climate. In mine it is the mamme crop. Plus, I also have a Breba crop followed by the main crop.

I can usually only count on the brebas. By the time the main crop should be maturing they get cooked in the Summer heat. I’m happy with the brebas though! D

I grew quite a few Turkish Figs from seed. They’re now2-3 feet tall.
What is the percentage of the seedlings that can set fruits without the wasp
here in the Puget Sound lowlands? 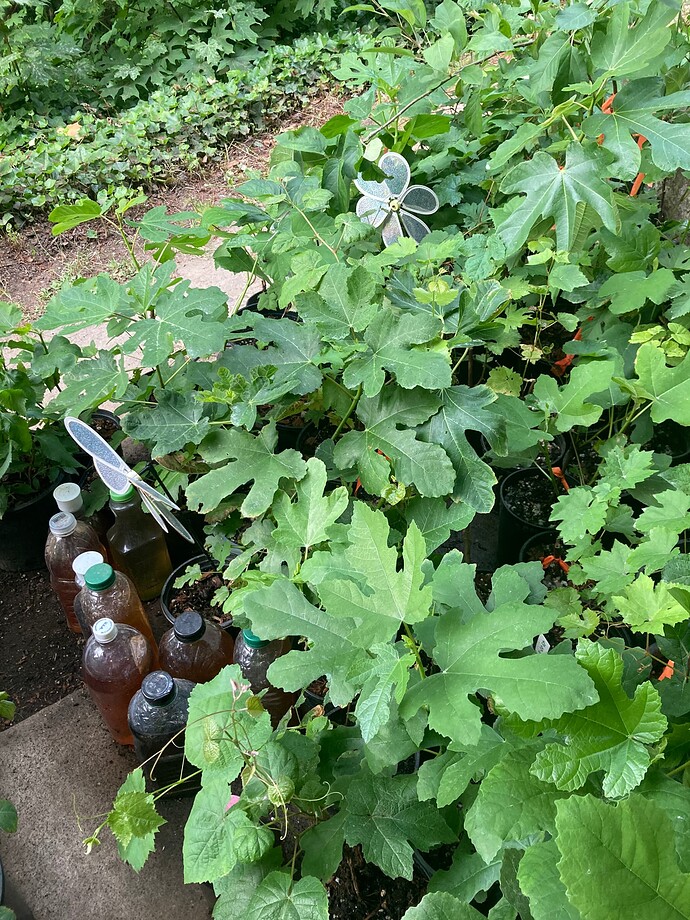 @Boizeau
First of all, many seeds from commercially grown figs will sprout as males - providing inedible syconia (figs). Also, a majority of figs grown in Turkey are caduceus, so I will guess that nearly all female figs that sprout will bear that trait.

I grew a plant from Turkish seeds and I was surprised the plant turned out to be a common fig. It was rather boring as far as flavor and I culled it out. I currently have 7 seedlings from an intentional cross. Paradiso x UCR 271-1
Hoping to get a persistent male I can harvest pollen from, and at least one common fig.

Regarding “Paradiso”:
In 2006, Gene Hosey of Wash. DC donated a specimen labeled Paradiso to NCGR Davis where it was assigned accession DFIC 307. G. Hosey also circulated this specimen among fig collectors and thus through the two sources the cultivar became widely distributed. However, genetic testing circa 2009 at NCGR found that Fico Verde (DFIC 208), Ischia Green (DFIC 52), Monstrueuse (DFIC 67), and Paradiso (DFIC 307) all had matching genetic signatures and consequently “Paradiso” was removed from the collection. 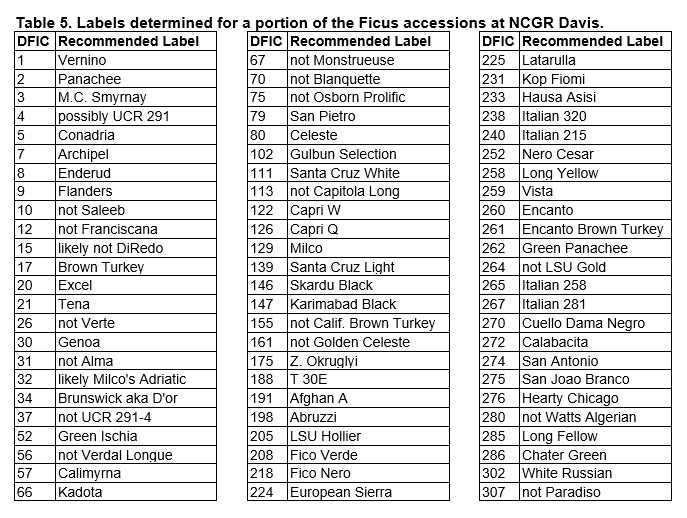 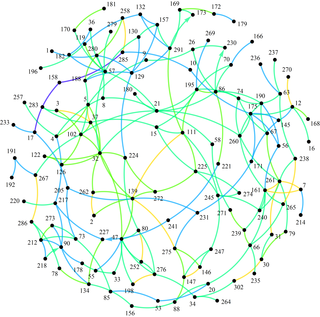 To date all public records of F. carica SSR profiles are from NCGR Davis. Prior studies of this data have not been received well because several of the stated relationships do not match what is observed in the field. Upon examination of the prior...

I’m more interested in doing multiple crosses and trying to get certain traits together. To develop flavor or early ripeness and productivity. Many early types lack flavor but not all. Just for fun. I never expect to actually get there.

Well
hopefully there’s a gem among the lesser seedlings.
Interesting variation in growth habits and vigor. 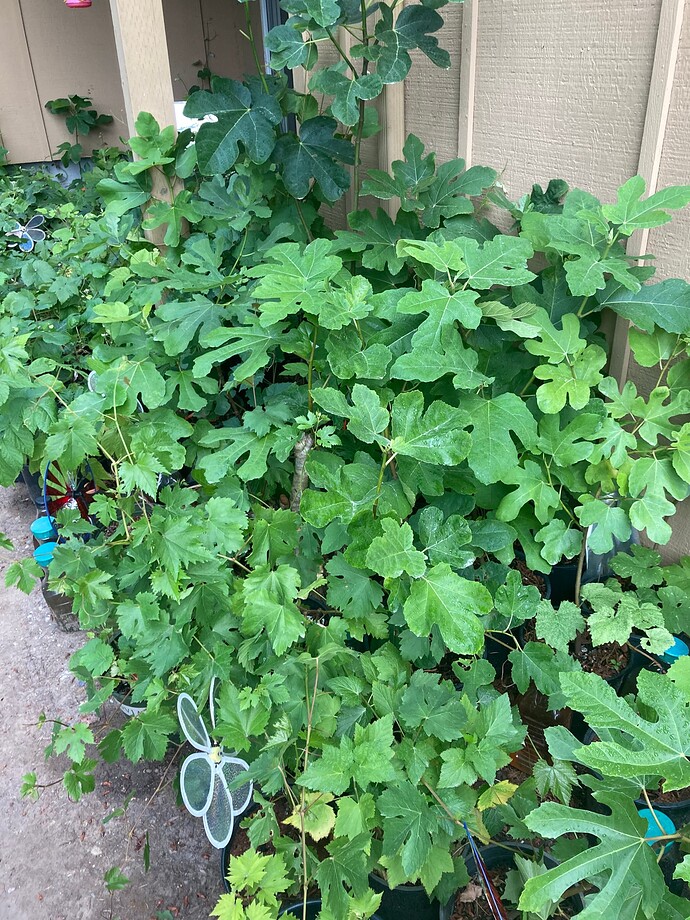 Looking good! Good luck with them!