I want to bring in some topsoil to raise and extend the berm around some of my fruit trees. I planted some trees about 4" too high. I’ve already sprayed and killed the grass and was wondering should I till the dead grass in with the soil then add topsoil or can I put the topsoil right on top of the dead grass?

I was planning on just putting topsoil over the grass and then put mulch over all the new topsoil. 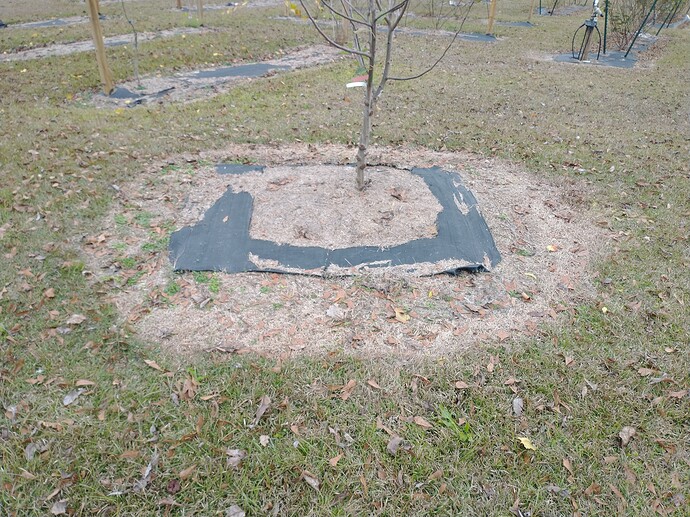 I am in the process of putting down cardboard over the grass in my backyard to accomplish a similar goal. No sprays necessary, it just becomes additional organic material within a year.

Instead of spraying something to kill the grass… you could just put down a layer of cardboard then compost/soil then mulch.

I would put 10-15 sheets of newspaper or cardboard over the dead grass too. There are a lot of seeds in the grass and you don’t want anything easily sprouting up through the soil.

So it sounds like there’s no reason to till, that’s what I was hoping it would have been a lot of extra work.

Cardboard is not an option for me I would need so much of it and with covid and my asthma I would not want to just pick up cardboard from grocery stores, I’m a little bit of a germaphobe right now.

A roll of construction paper works well. Some people double layer it. It’s what I did when I ran out of cardboard.

I have seen folks on youtube using this… it comes in several sizes (width, lengths). 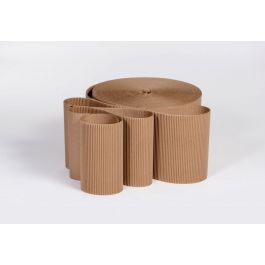 I have a 90 ft long by 4 ft wide food forest bed — that has been mulched with hay the last two years. Planning to convert that to wood chip mulch this late winter or early spring. Bought myself a wood chipper/shredder and hope to be able to make most of my own wood chip/mulch material.

I may forage some cardboard from local merchants trash bins (furnature store often has some nice large sheets in their trash bin)… but some of this Cardboard in a Roll… like this sure looks like it would work well.

If you have a large area that needs done you can put a request on chipdrop.com

It’s hard to plant a tree too high. You want to see the root flares. If you don’t see them it’s too low. If it’s really too high no need to remove dead grass. Your plan is fine. I myself have so much cardboard the wife made me throw it out. I did use a lot this year. I use it to try and recycle. It is really not needed in this situation if you sprayed. I want to fool around with cover crops and leave that all winter. So I’ll probably use cardboard less for weed control.

Too much dirt and mulch can harm some trees…but 4 inches should not be a problem. (I’d not put that much against the trunk though…maybe an inch.)

You want to see the root flares. If you don’t see them it’s too low.

This is sound arboricultural advice, but with fruit trees, the advice is often a little different and the focus is instead on the graft union. For trees on size reducing rootstock, which is almost all apples these days, some pears and increasingly stone-fruit (Citation, St. Julian) it’s usually recommended that you keep the union safely above the soil and mulch line. With rootstocks not used for at least some dwarfing, commercial growers often plant it to a depth that reaches the graft union- supposedly to reduce the chances of the tree snapping at that point.

That said, as long as a tree roots into the new soil, planting it shallow shouldn’t be a problem. The only reason I’ve ever added soil was to increase drainage in soil I misjudged, but not so much that it required replanting the trees. I didn’t risk adding more than 2" a season. Replanting seems to work better, when the issue is drainage.

Alan has excellent advice. Spraying toxins is almost never necessary, if not ever. Knock the weeds down and mulch. I use cardboard or large flake wood chips, but there are other mulches that work well. As Alan says, only a couple of inches of new soil at a time or risk killing your tree. Soil above the graft union will result in new roots growing from the scion. If you have a grafted dwarf or semi-dwarf rootstock, that will be overridden and you can eventually say hello to a standard tree. I guess this can be good or bad, I’ve done it to grow what were semi-dwarf apples above the reach of elk.

I’ve started building out my berms with some regular topsoil as well as putting down last years leaf mulch which has started breaking down some. These trees were put in the ground last year with compost mixed into the soil and they grew great. Should I buy compost to put inside the berm area or could I just toss in some fertilizer? Is my leaf mulch consider compost?

Picture below is leaf mulch from last year 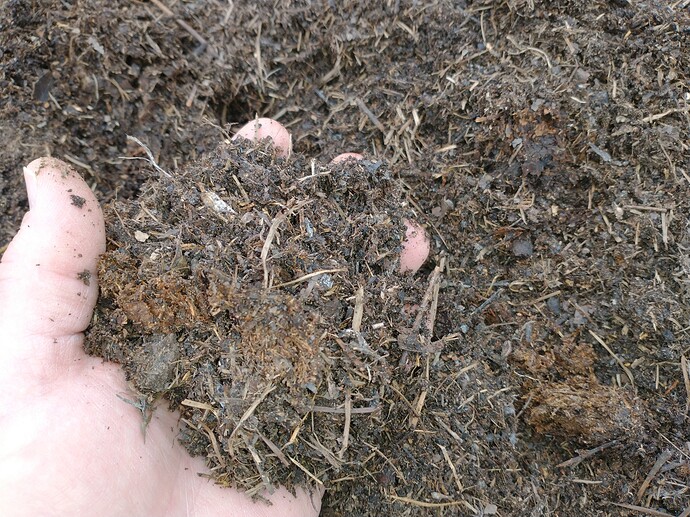 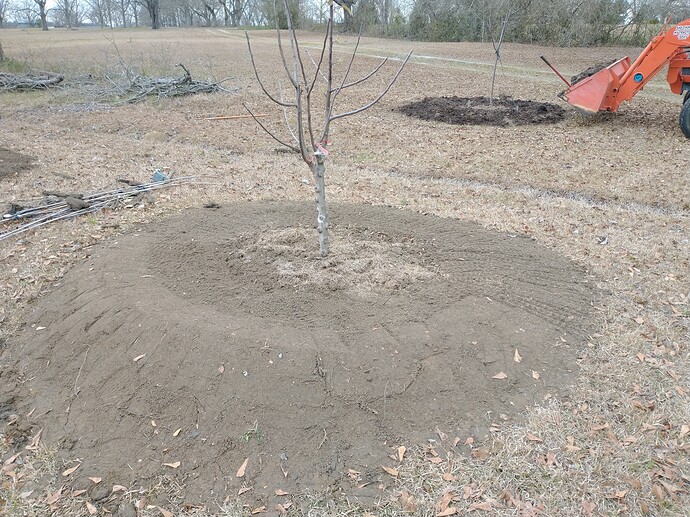