Fruit lenticels - what you may not know

So you might wonder what are the tiny spots on our apples and pears? Those Tiny Spots on the fruits are called lenticles. This article leads into a nutrient deficiency in conjunction with those lenticles as being a source of rot. @alan has had me thinking about the brown rot spots on Korean Giant since he posted about it. I’m racking my brain to try to figure out a solution. Stinkbugs are present in all cases where fruit rots but is it the stinkbugs strictly or something else at work here? Hopefully someone smarter than me knows a way we can prevent losing our Korean Giant Asian pear crop to rot that remains safe to eat. I’m sure I can spray and kill all stinkbugs but then I don’t want the pears. 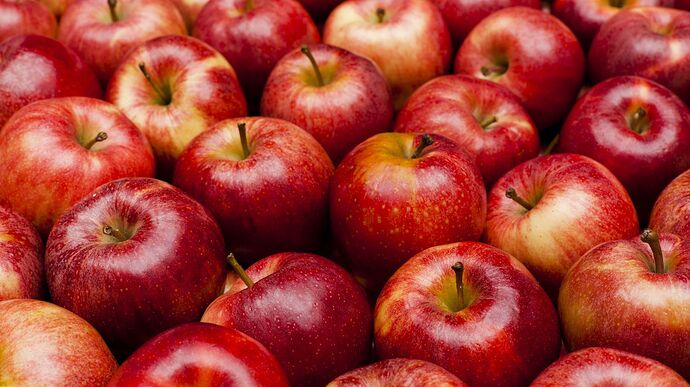 What Are Those Tiny Spots on Apples?

" What Are Those Tiny Spots on Apples?

Plants need a constant stream of fresh air, just like people, and that “fresh air” means carbon dioxide. Flowers, trees, and fruit all take in carbon dioxide and give off oxygen. But unlike people, plants don’t have nostrils.

That’s where a plant’s lenticels come in. Each little speck is an opening in the fruit or tuber’s skin or the tree’s bark. Carbon dioxide goes in, and oxygen comes out. Through these minuscule snorkels, a plant is able to “breathe.”

Like any opening, lenticels are vulnerable to infection and sickness. In an apple disease called lenticel breakdown, a nutrient deficiency causes the apples’ spots to darken and turn into brown pits. This doesn’t hurt the inside of the fruit, but it does make the apple look pretty unattractive. In the equally appealing “lenticel blotch pit,” the skin around the apple’s lenticels gets patchy and dark, like a weird rash."

Lenticel breakdown of apples is a skin disorder that usually becomes visible predominantly after the fruit has been packed. It appears as a sunken circles around lenticels and is often confused with lenticel blotch pit. Lenticel breakdown has caused severe economic injury to apple growers and packers in recent years.

There are many factors that affect the appearance of lenticel breakdown. Of all apple varieties, Gala is the most frequently affected, although lenticel breakdown can be seen on other varieties, usually after long-term storage. Fruit from many Gala orchards are not affected, and we are still not certain whether susceptibility is linked to cultivar, climate, or cultural (and spray) practices. This appears to be a key point, and it is unfortunate that more is not known about the influence of production practices on the incidence of this disorder.

Fruit harvested late in the harvest season are more often affected than fruit harvested early. Waiting for red color development by leaving apples on the tree often increases the risk of lenticel breakdown.

Postharvest practices influence the extent of lenticel breakdown in susceptible orchards. We are testing whether the interval between harvest and cooling has an effect. At this point, we don’t know. Our research has shown that apples that which are stored longer have more lenticel breakdown than those packed early in the season.

Using fruit from the 2004 harvest, we determined that fruit treated with SmartFresh (1-methylcyclopropene) were more susceptible to packing-line stress and developed more lenticel breakdown than untreated fruit. However, this was not found to be the case using fruit from the 2005 crop. In 2005-2006, there was no difference in the incidence of lenticel breakdown on treated or untreated fruit. We are repeating this work with fruit from this year’s harvest to sort this out.

During the very susceptible winter packing season, we found that fruit that which has been presized will develop more lenticel breakdown than fruit that has been packed without presizing.

Chemicals on the packing line have a strong effect on the incidence of the disorder on susceptible fruit. Soaps or cleaners, acidic or alkaline, influence the development of lenticel breakdown. The concentration of cleaner applied to the fruit is very important. Cleaners applied to susceptible fruit at high concentrations promote the development of lenticel breakdown.

This year, we tested the effect of packingline brushes and brush speed on the appearance of lenticel breakdown. There was no difference in lenticel breakdown incidence when we cleaned the fruit with 0.022 PEX, 0.018 PEX, 0.015 PEX, alternating 0.022 and 0.018 PEX, foam, or no brushes (control) when speeds were reasonable and duration minimal.

This season, we are further defining the role of maturity, and whether storage with SmartFresh influences lenticel breakdown susceptibility. We will also be working with Dr. Eric Curry, USDA plant physiologist, Wenatchee, Washington, and others on refining the dye test used to predict the susceptibility of fruit to lenticel breakdown. The key to effective reduction of lenticel breakdown is the determination of those orchard factors that lead certain orchards to grow fruit of high risk, and until this is solved, packers need to follow the guidelines described above.
"

Good information. I love seeing the patterns of the lenticels on apples. On my Spitzenburg they look like bubbles.