Glenglo peach, when yours ripen?

I know it is supposed to be early peach. I have one peach from the graft. I tugged at it. It still did not come off. This is almost mid Aug.

Love to hear from you esp. those living in New England, when does Glenglo ripen for you?

I have a cresthaven peach tree and live in Ohio. I only have a hand full peaches and their only the size slightly larger than golf balls. Last year, i had 3x the amount and were alread picked by the first week of August. I think my peaches are late this year because we had an excess amount of rain this spring.

I can’t remember, did you get that scion from me? The last Glenglo peaches here were gone about 3 weeks ago. I can’t imagine Glenglo taking that long. But…sometimes very young trees are pretty far behind their mature counterparts.

My Gleglo graft attempt failed this year unfortunately. However, I belive it should ripen with Early Readhaven. My Early Redhavens came off about a week ago.

I have Glenglo, Redhaven, Ernie’s Choice, and Contender. They are supposed to mature 7-10 days after each other in sequence. My peaches do not get evening sun and are a little later than the anticipated harvest dates, generally speaking. I picked my first Glenglo around July 28th and just ate the last one today. I began harvesting a few Redhaven about 3 days ago (Redhaven matures August 1 at our local orchards). I am in Northeast PA, zone 6a.

By the way, I am impressed with the flavor and texture of Glenglo. It was my first crop after squirrels stripped my tree last year.

“Glenglo” did. It produces one fruit this year. The white stuff is Surround. I sprayed it before bagging. I took the bag out to take these pictures. 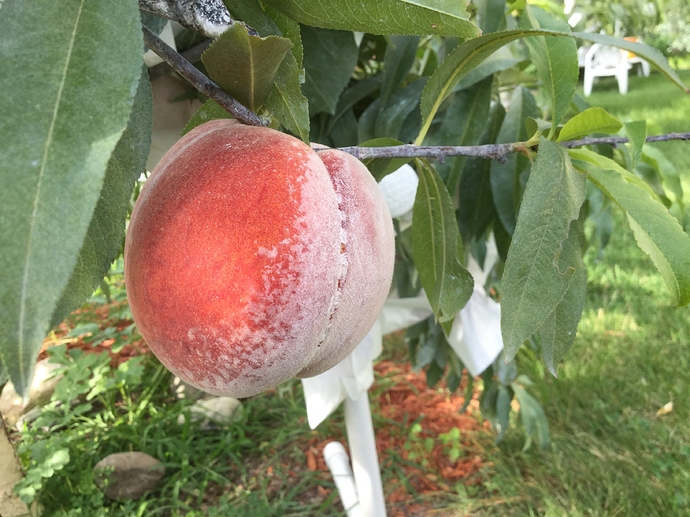 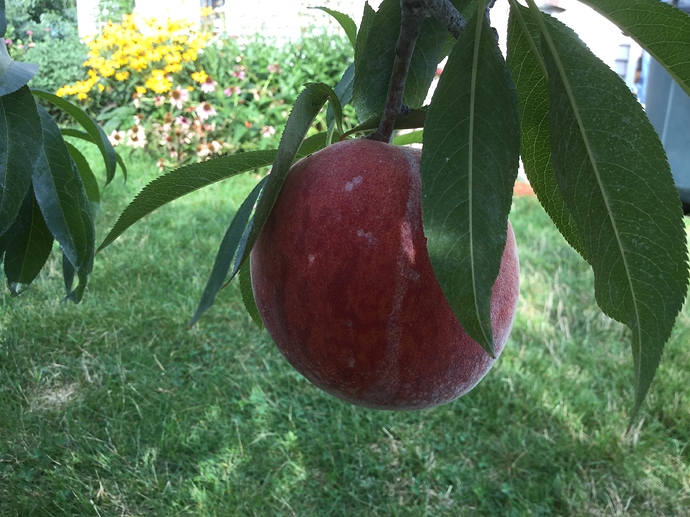 I probably mislabeled the graft.

I don’t have it, but I would expect it to be done now if it is an early peach. Redhaven is close to being ready here. Harrow Diamond started at the end of June and was finished the middle of last week.

Well, it does look like a Glenglo. That is, it’s big and sort of long. But, the one you have is a split pit, and split pits ripen even earlier than non-splits, which might suggest the peach you have is even a later ripening peach than what it looks like. So, that’s some significant evidence it may not be a Glenglo.

I’m generally extremely careful about scionwood I send out, and scionwood I cut for myself, but it’s possible I made the mistake on my end. If you want, I’ll send you some more sticks next spring.

Mark,
When it ripens, I will take more pictures as I need people’s hel0 to identify it.

As long as it tastes good, I won’t complain. In fact, Two grafts of “Glenglo” took last year. This one has survived and fruited. The other did not make it through the winter. I wish it survived just in case I could compare.

I would love to try grafting it again next year. Thank you very much for your offer,

I have a couple of Glens still on the trees, but there are always a few stragglers lower in the tree. I wouldn’t fret about a single piece of fruit being about 10 days late of the main crop. I suspect you rarely mislabel a tree, and I doubt Mark accidentally gave you a Redhaven graft, which are ripening now.

This one is shaded by the tree canopy. I will take pics once I pick it.

To me, they just have the typical shape of an early red haven type- but I’ve already explained my low IQ in physical memory.

In comparing Glenglo and Redhaven, the exterior was similar, but the interior was different. Glenglo has ~50% red flesh and clearly red juice; Redhaven was 100% yellow flesh and juice. In terms of flavor, Redhaven has more tang/acid whereas I think of Glenglo lacks the tang and has a pure sweet flavor.

Actually, I also recall Glenglo a thinner layer of peach fuzz than Redhaven as an external feature, but I notice it more when eating as opposed to looking at the peach.

I picked it as my curiosity got a better ofme. It did not come off easily. It is a good size peach. 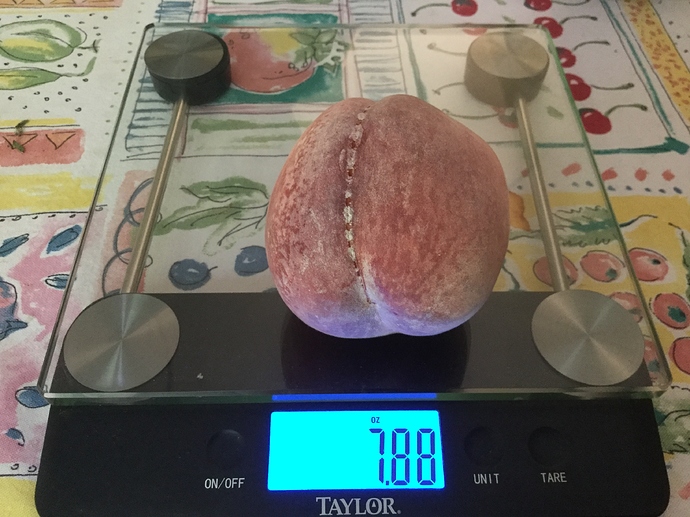 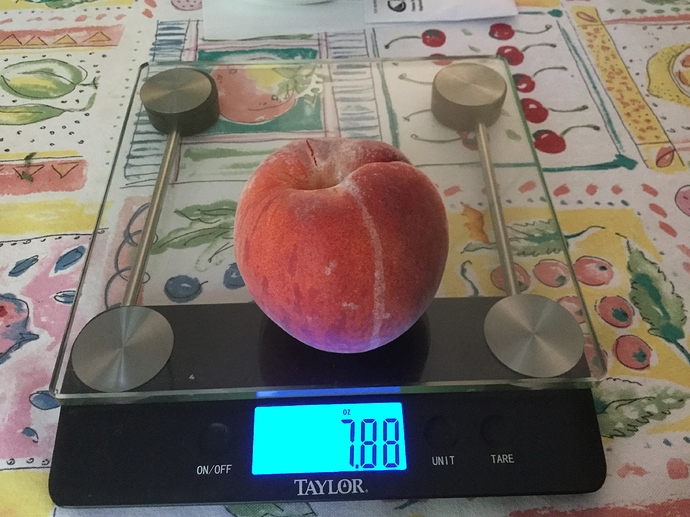 I’d like to let it sit for a day hopefully acidity would recede.

Sure is a pretty peach!

I hope it i the right variety. Even though we are in the same zone, fruit from @olpea and others in the midwest tend to ripen about two weeks ahead of mine.

Mark, you said the one I have is a split pit. I would love to know how you could tell. What are the telltale signs, please?

I think it is the seam that runs from top to bottom on the outside. A Lot of my split pits never make it to maturity so I think you got lucky it didn’t rot/prematurely ripen. But I look forward to marks definitive answer.

Mark, you said the one I have is a split pit. I would love to know how you could tell. What are the telltale signs, please?

It may be some kind of peach with just a really pronounced suture, but the pics I mentioned make it look like a split.

Thanks, Mark and Kevin. It’s good to know. I’ll cut it up tonight.

Seeing the flesh, you guys probably could tell me if it’s Glenglo.