My dad has land that boarders a deer hunting ranch with an 8 foot tall fence. I will attach a photo, you can see the top of the fence by the row of grape vines growing down it 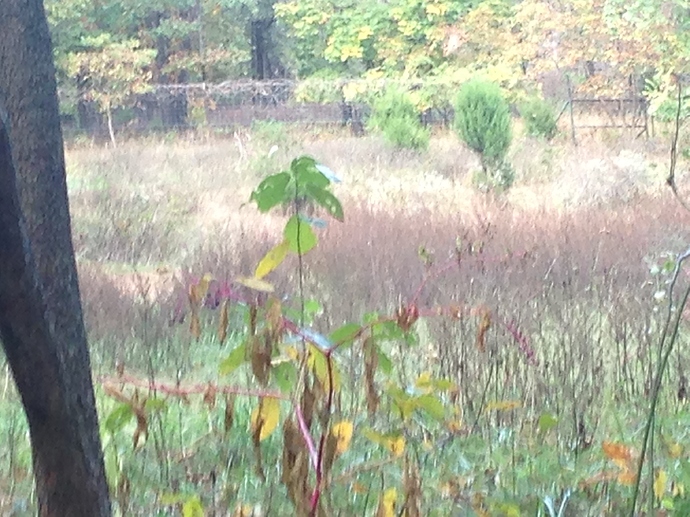 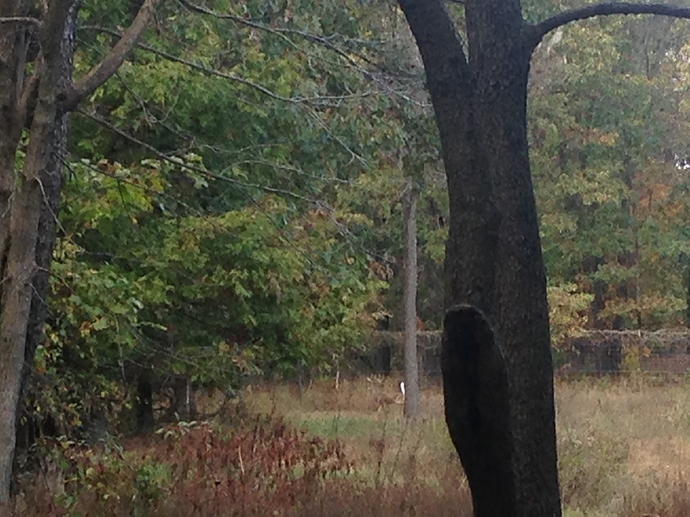 I have a Concord grape growing in the yard that I could harvest plenty of scion wood from. I was thinking I could just go down the fence next spring and cut the grapes off and graft a concord onto them. There is about half of a mile of fence like this. Of course the wild life would get most of the fruit if I was successful but there might be some for picking. Any thoughts? What type of graft do you use on grapes, cleft?

I’ve never grafted grapes just read a little about it. Not easy is my understanding. The rootstock bleeds so much that the graft has difficulty taking. So they make cuts below the graft to lower sap flow at the graft. Beyond that I don’t know much.

Do grafts later when it has really warmed up. Paint with black tar or similar to help it get warm. 85-90F is the best callous temp for grapes.

I have done grape grafts over the years and have found them very difficult. You need to do the sap cuts but even with that its hard to get takes given all the sap flooding the graft.

This spring I have two grapevines I chopped down this fall that I am going to try grafting to. But I’m not counting on anything.

That’s interesting, I have seen grape vines that we cut off while cutting wood would run sap and I believe get a big glob of clear jelly looking sap on them a few days later.

What type of graft would you use? i like a rind graft just because it seems easy to get good contact with the cambium but I don’t know that the stringy bark of a grape vine would work.

This video will help http://m.youtube.com/watch?v=jHK-MNJWauY

I usually did bark (aka rind I think) grafts. I also have done cleft grafts.

Clark, I have watched a lot of videos on grape grafting. I guess I will watch a few more this spring to see if I can find that elusive Midas touch I have been missing

I watched the video and it gave me a lot better idea of what was going on, sure sounds like graft flooding is the big issue as Scott mentioned. Thanks for the link , I had looked on line a bit , but as you know there can be a lot of info to wade through.

Scott,
Thst sap you guys are talking about is the enemy and thats espicially true with wild grapes. Had one die once after it was cut off so my guess is i cut it to much . The professional grape grafters get nearly 100% success. They all seem to use t- bud grafting.

Thanks for the response, sounds like it may be a bit challanging. Maybe I should try ten or so this spring and see if I can get any takes

It sure looked like he cut it awfully deep, I guess that is why he said not to make the cuts at the same height, you might cut the darn thing clear off.

In case your wondering what to do with all that stuff your cutting off http://m.youtube.com/watch?v=uPKWnaPkraQ . It makes great rootstocks. Thats a big operation.

I guess the graft can’t flood if there are no roots, wow I had no idea. Very interesting, i didn’t know you could graft to a cutting.

Over the last several years I have done about 100 or so muscadine vine grafts, and many were absolutely not the best way to go compared to others using different strategies. Although muscadine vines are more woody, I prefer to slit them down the middle for cleft grafts rather than trying bark grafts with bark that will not slip. Instead of using scions cut from long, straight vines with 2 or 3 nodes with visible, somewhat “fat” buds, most of the grafts that grew out well were from different cuttings. The straight vine cuttings ALL leaf out, but most will just wither away because the hard vine wood takes a while to heal and get sap flowing to the new scion. The very best cuttings were from a section of fast growing vine that had a side outlet growing sideways from the main straight vine, like a side street coming out of a major road. Where the “intersection” forms there is a big fat node that has very tiny, brown, baby buds that serve as backup buds should they need to be called into action. After several extra weeks of remaining alive but dormant, the healing finally is completed and sap can start nourishing the tiny dormant back-up buds so that they will be able to bust out. Instead of wrapping the scions with film, I spray them lightly with clear coat spray paint to seal them w/o blocking the tiny buds. About 6 to 10 inches below the graft I make a notch into the vine to let the over-abundant fluid bleed out. The notch will be deep enough to work when you see wet bark there and a big drop sitting at the notch the next morning when you check it.If the notch is wet/drippy and the graft above it is dry, you are good to go. If the graft is wet, cut the notch a bit deeper and check again the next morning to see if the graft is still getting flooded. Think “flood control”. It can happen that after a few weeks of drippy notches and dry grafts that the fluid will start to flood the previously dry graft. If so, just cut the notch a bit deeper and check the next AM. Your idea to graft on the wild vines is a great idea.

Thanks, great tips! I more or less figured out the notching over the years, but not the kind of wood to use. Thinking back I do in fact remember many of those straight cuttings failing but getting good results on the little guys.

Very Much appreciating all the tips here. I also have a number of wild vines that are something of a nuisance that I keep thinking of trying to work over rather than destroy

@clarkinks, your video inspired me to take some cuttings of wild vines. I grafted a scion from my concord on top and wrapped the bottom in damp paper towel. I put them in a covered tray with some bottom heat. I’m not sure it is the right time of year but it will be interesting to see if the grafts take.

Sounds great! Did you notice you need to seal the tip? Seal the tip of the scion with grafting wax, tar, paint , grafting seal or something a long those lines. I seal the ends of my scion wood on anything I graft.

I sealed the tips with wax and the graft then warped the graft in tape. They looked good , it was good practice if nothing else.