Hawaii is a Golden Delicious x Gravenstein cross developed in California in 1945.

I asked my wife to describe the flavor. Apple she said? Yep I agree. I have read where it is supposed to have a pineapple flavor. Maybe it needs another week or two.

All the trees I have of this variety are loaded. The cicadas did incredible damage to most of our crop this year but these were spared 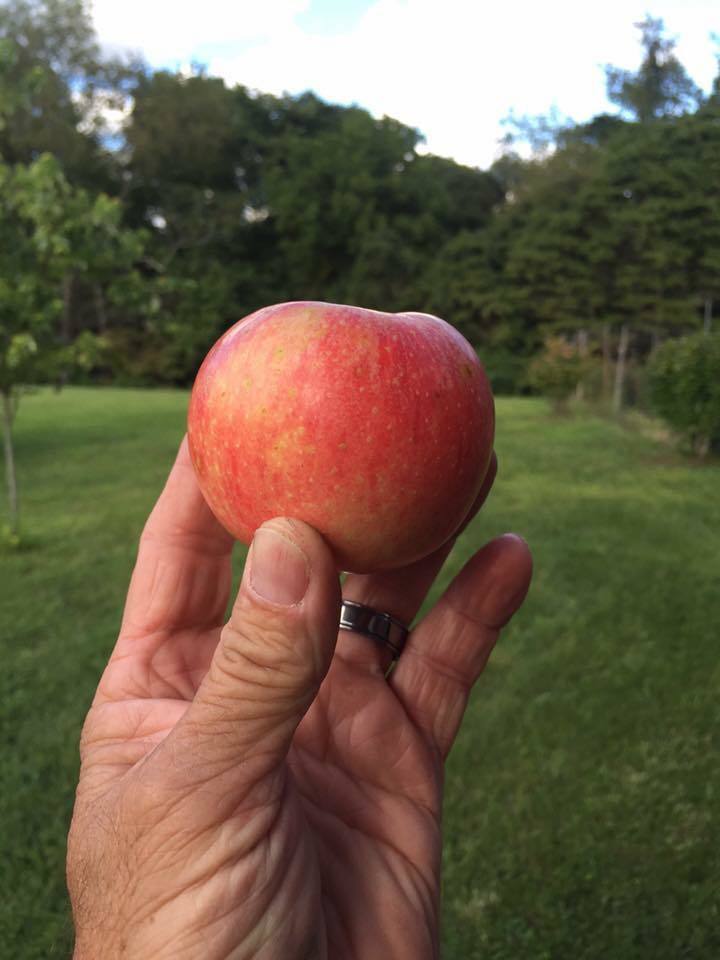 Are yours all that red? Mine look pretty much like a Golden Delicious. It is prone to read streaks but I never saw any. To me it also tastes a lot like Golden Delicious. You can tell it is different but its more similar than different. My tree is by the street so it has had many rounds of deer munching to set it back but its finally getting going now.

This describes mine also. I like them and every now and then I might taste a little pineapple, but no one is going to bite into one and immediately think pineapple.

Tom Burford states that “Hawaii apples grown in the east do not take on the same sweetness or pineapple intensity as those produced in California and other western regions.”

I have it grafted here in California, but won’t have a sample to try until next season. 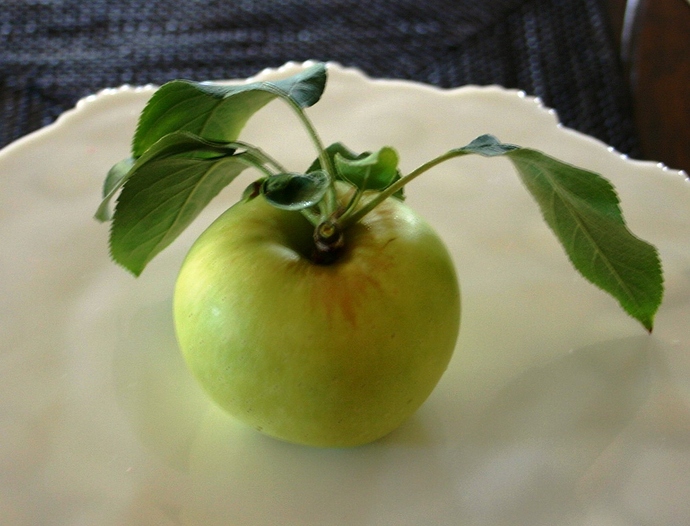 Hello Scott, most of them are yellow but I liked the sun blush on that one and used it for the picture. But I have had more comments about them being a yellow apple that I went out and took another picture of a bunch of yellow ones in case I ever get around to updating my web page!

And I agree about the taste, more similar than different to Golden Delicious.

I agree with that about Hawaii. The closest to a pineapple flavor I can honestly say is from Pitmaston Pine Apple.

This is what most of the apples on the trees look like but I liked the orangy pink blush on the one I took the picture of!

Speaking of pineapple flavor in apples- I find that GoldRush has a tropical fruit-like flavor that I really enjoy. It is hard to describe, but to me, it is reminiscent of pineapple.

Matt, I agree about GoldRush, At first I was not going to graft any but after tasting the fruit I changed my mind and now have 6 trees, very delicious tasting fruit.

I gave my aunt a Hawaii Apple bare root just under two years ago. She lives about two miles from the coast in Los Angeles. She can grow anything in her yard and has the perfect weather and soil conditions. The only thing she lacks is space. She has a small backyard.

Anyhow, she wants to know when her Apples will be ripe. Anyone know when the Hawaii Apple ripens in SoCal? 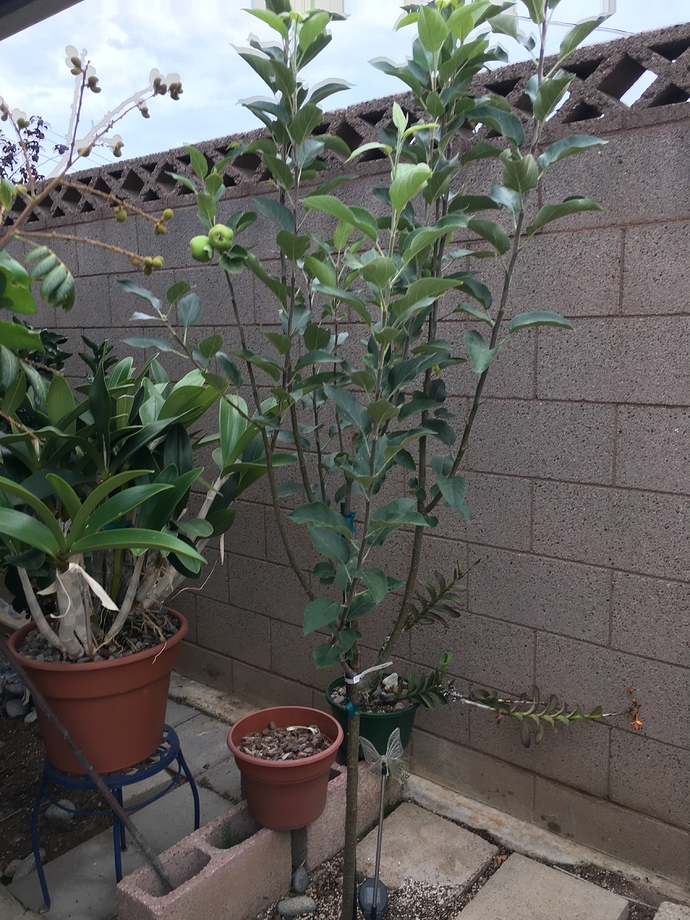 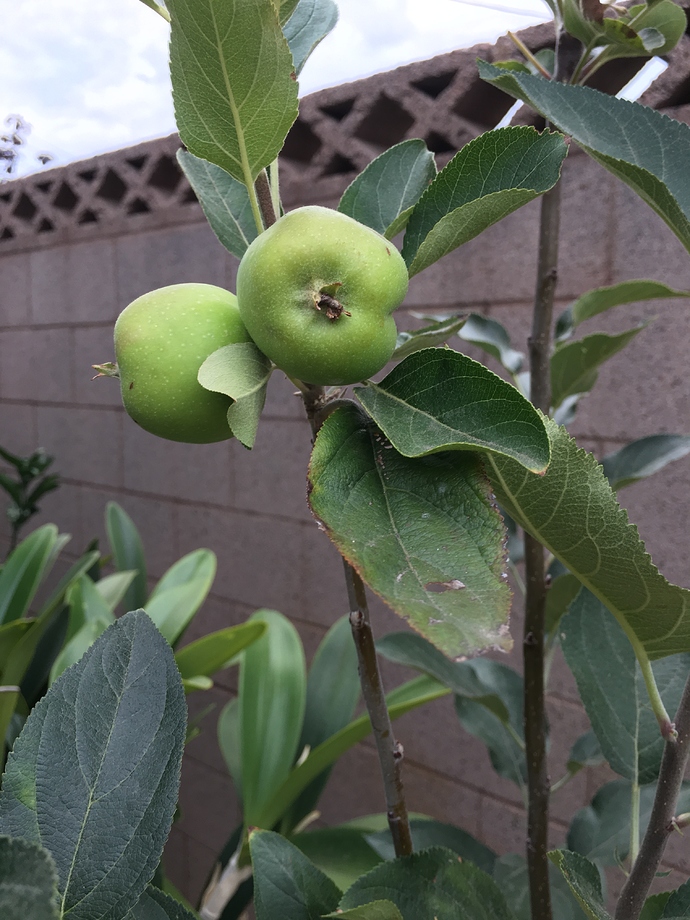 I don’t know about southern California, but I ate a sweet Hawaii apple of a multi graft tree here today. It was good, nice texture and sweet and easy to eat…but maybe less complex then Golden Delicious. The Blushing Golden graft’s apples right next to it are still tart and green.

I got my first 12+ from a new graft. I put them in the fridge for a couple weeks before trying. I’ve only had few so far. The first few had a definite tropical flavor, something like pineapple-orange. However, I just had one that taste like more like a Golden Delicious. So, maybe it is inconsistent with the flavor. Either way, I like it. Despite the wet year and no spray, no major internal rot issues like I’ve seen with some other GD types. At least 2 had some bitter pit like symptoms beginning on the bottom. I ate those before it could spread.

Here is one I scrubbed. It had a little sooty blotch on top and some fly speck spots here and there. 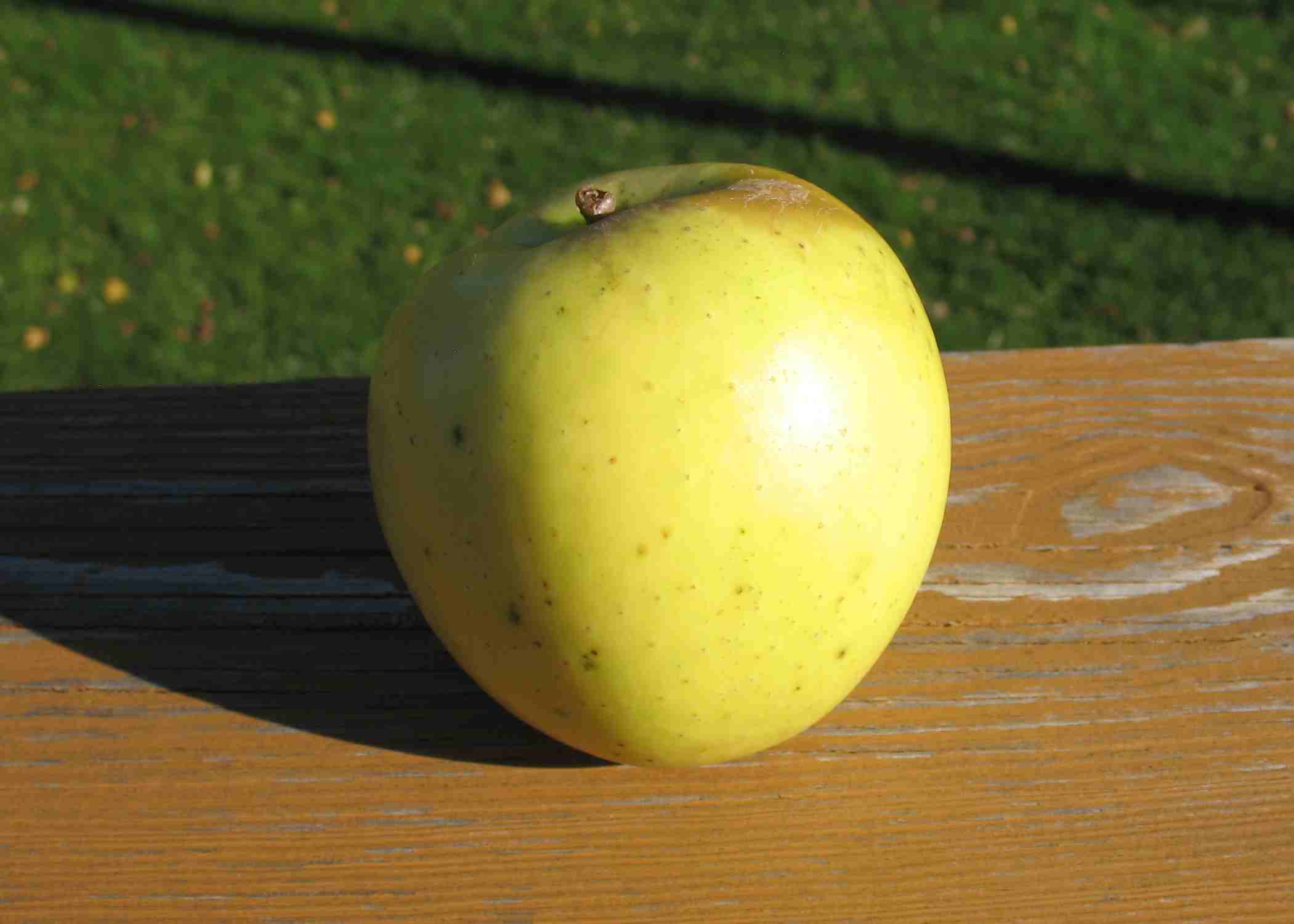