History of the Bradford Pear

Interesting history about the Bradford Pear and how it was developed. Doesn’t specifically reference other trees but the history around the explorers who brought back plants and trees from around the world is fascinating. No doubt similar explorers brought the foundation for most of the fruit trees we have today. Good read. 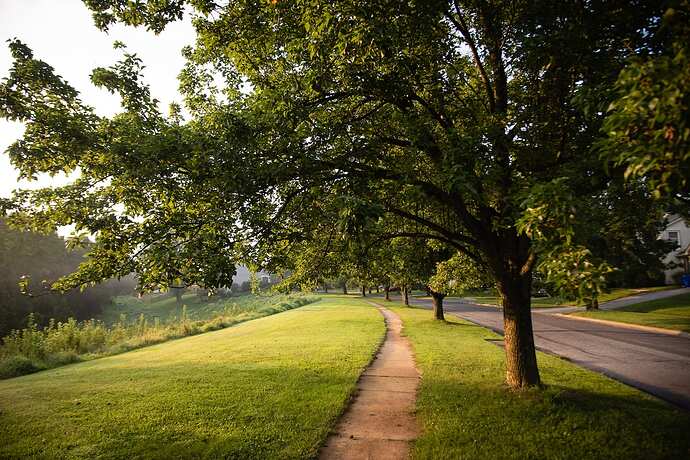 Scientists thought they had created the perfect tree. But it became a nightmare.

A pear seedling selection named Bradford was cloned by the gazillion to become the ubiquitous street tree of America’s postwar suburban expansion. Then it turned invasive.

Good read and very interesting. The article fails to add the fact that Bradford pears are still widely sold and distributed around the United States. I see 100s of them being sold at Rural Kings, Lowes, Walmart, Home Depot around these parts of Tennessee where I live.

Invasive plants are widely for sale everywhere you look

Do they cross-pollinate with the Asian pears that we eat? If so, one of my neighbors might start getting loads of fruit on his decorative tree in a few years.

Yes, I believe that’s exactly what the article stated. Originally the seeds where sterile until naturally over time they cross pollinated with neighboring pear varieties and became a perfect snack for birds to eat and spread.

In the article they were cross pollinating with suckers that the rootstock produced when the graft died.

Yeah, I just went back and read that part and makes sense. I would imagine sucker flowers or neighboring pear flowers would have similar results.

I would rather have English ivy over the invasive Bradford type pear that filing every empty field, flower bed, and pond area.

Graft over every wild Bradford seedling Im allowed to and turn them into a productive pear that produces lots of fruit!

Invasive trees tend to survive with no care so they are tough to eradicate. I don’t think at this stage they can be removed. The upside in my opinion is that they offer a grafter a plentiful supply of some of the best rootstock if growing a big tree is what you prefer. I use a dwarf interstem before adding my pear.

@Auburn
Kansas had 10” of rain for the year thus far and the year is nearly over. The apple crop was nearly a complete failure. I used primarily wild callery trees aka Bradford seedlings for rootstocks and had a crop of pears. What other pear tree could take those harsh conditions and still produce a crop. I have 10 pears in the ground on ohx333 rootstocks that I planted 3 years ago that all had fruit and all lost their fruit this year. The pears prior to dropping were only as big as golf balls. It takes longer to get fruit on callery rootstock because those wild tree build an extensive root system that goes deeper and wider than domestic pear rootstock. In a world where plants go by the rules of survival of the fittest callery are the king of survival. In my area due to the harsh conditions they have yet to become an invasive but for the record they are adapting to our weather and we are starting to see fields of them in some locations like they have done in other states. In Kansas it may take them 10-12 wild generations before they completely adapt but the genetics are there and eventually they will be a problem because of their good genetic adaptability. The nice part is someone like me who struggles to grow fruits some years gets a crop.

There is no way on God’s green earth you could do that here in this area. That would be your lifelong project you would never complete. There are just way too many of those invasive pear trees around. The area parks are having to destroy entire parts of the park areas to get rid of the wild pear trees and also the invasive honeysuckle plants.