I know its late in the season for bare root trees, but as you can tell from the exclamation points I’m really excited to be able to buy these guys- they’ve been sold out everywhere else for quite a while.

I think I can hear the sound of a lot of you pulling out your credit cards and dialing your phones.

The people you are going to want to call are: EDIBLE LANDSCAPING. I’d been watching their site since Christmas and it’s long said that Honey Jar would be available around March 14. I called today and was thrilled to hear them say that they got in both of these varieties in last couple days and they are going to be bare root (which is a little unusual for E.L.). They price is $43 each for these bare root trees. I pointed out that one of them is listed on their web site as a POTTED plant for $39. Their response was to say that while that is true, their new bare root jujubes are much bigger. I’m happy to hear that. I bought some Paw Paws from them in the past that were about 6 inches tall. SIX INCHES!!! But they lived and are doing well.

Anyway, I hope this makes some of you very happy…it did me. Happy ordering!

Let us know what size they send out- I’ve got a thread which compares the sizes of jujubes from various nurseries, but EL isn’t one I’ve gotten them from before. I would add an order there, but I think I have enough for now (16 last year and another 13 this spring).

You must really love jujubes! I imagine I am too far north for them, so will resist the temptation.

You must really love jujubes!

I got into it because my Chinese wife likes them. Then, I realized that they can be very good fresh (high brix and crunchy, unlike the spongy ones in the stores) and are very easy to grow. In particular, no spray and they avoid our late frosts by leafing out late (like persimmons).

I imagine I am too far north for them, so will resist the temptation.

I think the lowest I’ve seen them advertised at is zone 5, so 4a would be pushing it a bit. I think Jesse is trying them in Maine, but he is zone 5. I’ might still try it, if I found myself in zone 4, but it could be the equivalent of growing figs here (needing some winter protection).

Another thing that I have read over and over about jujube is heat.

In a colder climate zone 5 and lower, how long the summer is and how hot will it be. Would jujubes ripens properly in a short summer area?

Nice find, Cityman! I’m waiting on some from Burnt Ridge, Sugar Cane among them. They sent out some good looking ones last year, probably 3-4 feet tall. I’ve always gotten good stock from them. I have been looking for Honey Jar and hadn’t seen it around, so good to know EL has them! Love their stuff too!

Good job! I’ve been keeping my eye out for you but I had not seen HJ anywhere. I just got my shipping notice today for my Burnt Ridge order. I have a So (Contorted) on the way. They had SC when I placed my order but no Honey Jar.

My Honey Jar from Edible Landscaping came in today (I “preordered” mine and live in Virginia, so shipping is quick). One of the best bare root trees I have received through the mail. I will upload a picture shortly. 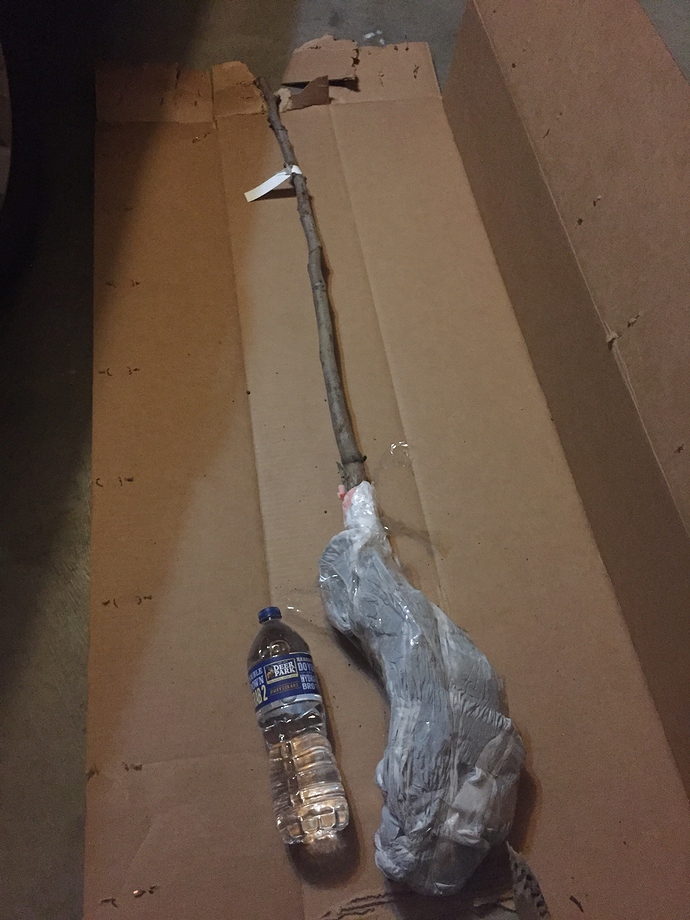 That is a one liter bottle of water.

Same. I got mine as well from them today. Probably a little nicer than the bare root jujube I received from Burnt Ridge. 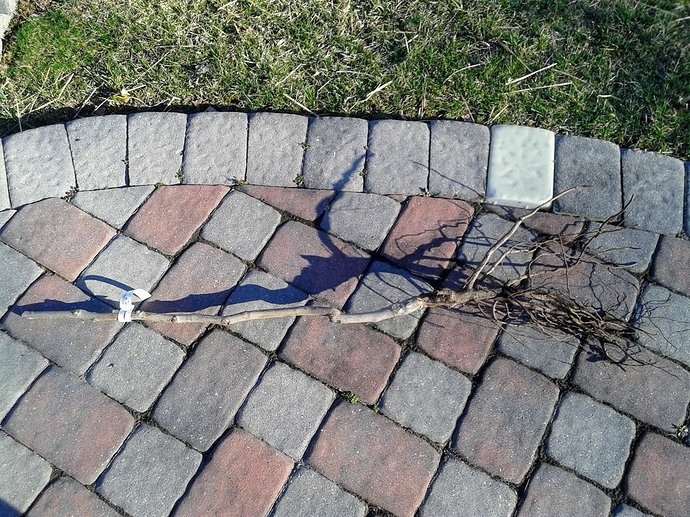 How much did they soak you for shipping?

Thanks for those who tried to help me find my jujubes and seem genuinely happy that I’m getting some. I hope mine look as good as @ross and @VA-Jay 's do! I was expecting much smaller than that. As I said, the last time I got a tree from EL it was honestly less than 12 inches tall! (but those 2 paw paws are doing good so I’m ok with them).

Can anyone tell me approximately how tall and/or wide a honey jar and sugar cane will get at maturity? Even a guess would be appreciated. I must confess that I know less about jujubes than any tree I’ve ever ordered. I usually spend weeks if not months research each tree I order, but in this case I just knew I kind of wanted a jujube and thought I’d have a year to wait for availability, then these showed up and I jumped. I don’t even know if I can use the same spacing as the rest of my orchard (18 feet between rows, 15-18 between trees in each row) or if I need to put these out in my yard like I did pecans and chestnuts? Thanks

I don’t even know if I can use the same spacing as the rest of my orchard (18 feet between rows, 15-18 between trees in each row) or if I need to put these out in my yard like I did pecans and chestnuts? Thanks

I think that 18x18’ is more than enough. I’m planting most of mine at the same density as my other trees 10-12’ rows, 5’ between. At one of the rentals, I don’t want to squish things in and keep the maintenance down, so I’m doing a single row at 10’ spacing. At least I was until I saw this thread- $15.70 is pretty good shipping and I could always use more Honey Jars…hmm…

Thanks, Bob. You actually bring up a little bit of a sore point for me (sore at myself). When I started my orchard I knew less than nothing about fruit growing and set up things on an 18 x 18 basis. Ever since then I’ve expanded it using the same frame work so all my trees line up in neat rows. But I think most people would agree that very few semi-dwarf (almost all mine are SD) trees need 18 x 18 spacing. Now when I look at my orchard I just keep thinking how many more trees I could have fit in had I done spacing more appropriate- like you did! Oh well. I’m not all that tight on space so I guess its not a huge mistake, but if I could have used less land and got more trees in it, it sure would have been better. Live and learn.

When I started my orchard I knew less than nothing about fruit growing and set up things on an 18 x 18 basis.

Kevin, could you just go to 9’ centers in each row. Leave the rows spaces 18’ apart? Or have you let the existing trees grow too large at this point? This would effectively allow you to double the amount of trees you are growing.

I guess great minds really do think alike! haha. I’ve stood in my orchard many many times and considered that. And every time I plant a new tree, I seriously consider just putting in between 2 other trees in the same row. But my problem is that 9’ seems a little less than what I’d like. One reason is exactly what you said- I have allowed my peaches, especially, to spread out so far that even though the trunks are 18 feet apart, their limbs are almost touching. SO several of my trees have sort of grown into their space, even though it would have been easy to keep them apart at less distance.
The other issue is mowing. As it is, Its pretty easy for my to get my tractor w/mower between all my trees. At 9 foot spacing I wouldn’t be able to get between them with my tractor.

Anyway, its a logical idea and I may well end up doing it one of these days. I actually have a little more than a full acre of land that joins my orchard and would be a logical place to put more trees. That being said, I’ve always had intentions to try and keep that as an open field so in some ways I feel like I’m running out of space. I guess at some point I’ll have to decide to go to 9 foot spacing or give up my field. Knowing my passion for fruit trees, eventually it will be BOTH!!! haha

I’ve stood in my orchard many many times and considered that. And every time I plant a new tree, I seriously consider just putting in between 2 other trees in the same row.

What if you put one shrub between each tree, like romance series cherries, figs, goumi, and things along those lines? That would still leave plenty of space for your trees to grow out but would use up the excess space between them.