July 31st. Zone 7a Virginia. Is it too late in the season to start honey locust from seed. I would be starting them in an air prune seed bed. My concern is if the will survive the winter.

Maybe I don’t understand……. Why would anyone want to plant Honey Locust?

I didn’t know they made thornless ones. We have them all over and they are a pain in every which way you want to think about it.

If it’s anything like the tree seeds I start if you save the seeds til spring and plant they will outgrow any that you tried to overwinter.

I’m planting a hedgerow to keep the deer out. I’m also told the inside of the seed pod is tasty.

I agree with you. The thorny ones are vigorous and grow fast. They are tough to kill and they’ll hurt you. But I did actually plant some of the thornless seedling from fruitwood nursery this spring. I am going to keep a close eye on them and if I see thorns I’m bringing in a flamethrower!

I’m bringing in a flamethrower!

The deer in southwest Mississippi love honey locust pods. If you want to keep deer away I’m thinking skip the honey locust.

Honey locust are real common in Milwaukee. The ones on my block are thornless and of pretty good size. They were a good replacment for the elms. So i guess there a lot of different strains.

The deer visit my place every day. They’re destroying my trees. I’m putting up a wire fence, and planting an assortment of shrub type plants along the fence, and an assortment of trees. My goal is to build a wall of vegetation that they can’t pass through and can’t jump over. If they happen to find something good to eat on the outside then I’ve done my job.

They are a very common street tree around here. I see a lot of them around the university area, although they must have been planted awhile ago. Also firewood.

fast. They are tough to kill

I cut down a Sunburst honey locust that was too close to the house. For the next 3 years it sent up suckers from the roots under the lawn.

What is the surrounding area is it open (forested) ?

If heavy forested looks Honey locust might not be best bet.

Have you saw this topic.
https://growingfruit.org/t/planning-a-fruit-and-nut-bearing-hedge/32755

SUCCESSIONAL STATUS:
Honey locust is intolerant of shade. Reproduction establishes only in
open areas, gaps, and at the edges of woods
It is
common in both bottomlands and uplands, in the open or in open woods 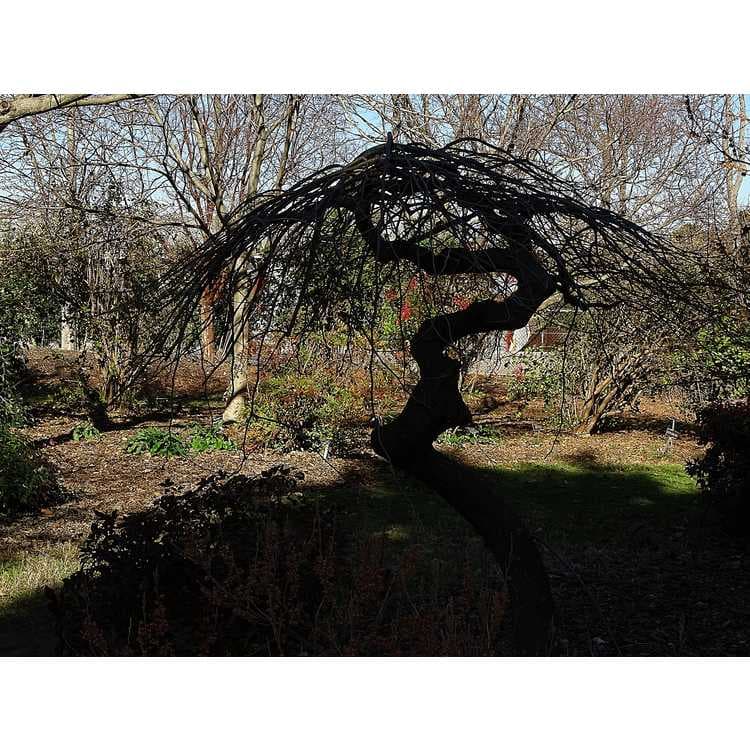 I cannot remember the historical plant person right now,
but over 100 years ago He cultivated a cool looking Honey locust
it’s at some Arboretum on the East coast (not Bartram’s )
I always wanted to make Potpourri with it
(with decaying flowers layered in between salt)

Black walnut is really bad about that too. Once they get at all established, removing them is very difficult.

Edit oh I missed your post @drusket
that’s on me I spent a lot of time seeking that type
I saw the link just didn’t notice the cultivar name Hershey
thought it was just about he hog food of what I knew about.,

For High Yield types see HErshey and these

Also As I was searching here for your post
On the trading post perfect circle farms offers Scion ( but you have to buy a high amount when buying , and I am not sure if you can mix, and match cultivars)

(here is a quote of something written about it quoted off permies
Tree Crops by J. Russell Smith
(this was actually suggested by The pawpaw person I was just reading a older version , but it’s another ( long) story)

Regarding nitrogen fixation in leguminous trees, the conventional wisdom has been to divide the family into nodule-forming and non-nodulating species, and to assume that those species without nodules do not fix nitrogen.

This conventional wisdom has now been challenged by Jim Bryan in his 1995 doctoral dissertation for the Department of Forestry at Yale University. Bryan has found evidence that non-nodulating leguminous species apparently do form a symbiotic relation with soil bacteria (Bradyrhizobium spp. or Rhizobium spp.). This endosymbiosis is carried out directly in the roots of the trees rather than in nodules. Honeylocust (Gleditsia triacanthos L.) was the primary species used in Bryan’s investigation.

Bryan emphasizes that his research strongly supports, but does not prove, the non-nodule nitrogen fixation. He is continuing his investigation with acetylene reduction of honeylocust seedlings grown under more exacting conditions (in sand and hydroponically), and is also observing other non-nodulating legumes with the SEM.

Interestingly, Bryan initiated his study from an agroforestry perspective. He began by cataloging members of Leguminosae that produce beans (pods) for human consumption. During this cataloging he found that a disproportionate share of the bean producers did not present nitrogen-fixing nodules. He then set out to develop a practical test to identify nitrogen fixing bean producers, and this led him to discover the non-nodule rhizobial symbiosis.

In the approximately 18,000 member Leguminosae family, Bryan found 277 species which produced beans for human consumption. Of the 132 species in this group presently tested, 30% did not present nitrogen fixing nodules, compared with only 11% for the family as a whole. Of the 277 bean producing species, only 9 are native to the temperate zone.
The Gleditsia genus evolved comparatively early within Leguminosae. The nitrogen fixing in honeylocust is in several aspects ‘primitive’ compared to that found in nodulating legumes. This suggests to Bryan a possible evolutionary continuum within Leguminosae from the non-nodulating species of the Caesalpiniodeae subfamily to the nodulating species.

The implications of Bryan’s findings for honeylocust agroforestry are unclear. How much free nitrogen honeylocust will produce, and how much of that nitrogen will be available for grass production is unknown. Almost certainly there will be increased interest in honeylocust. Whether this interest will be justified on the basis of additional free nitrogen will require considerable research.

Very interesting! That reminded me about this article that mentions honey locusts that had been identified and planted through some kind of contest. It sounds like they have some mature and amazingly productive honey locusts and at least a couple of people were trying to protect and propagate them.
https://www.shelterwoodforestfarm.com/blog/2018/10/17/exploring-americas-oldest-food-forest

I read some of that but looked at the article within, “about saving the tree’s at downingtown PA”
To bad a Developer wants to get rid of some of the open land.

I can see how sometimes tree’s have to go (for roads)
I do not understand why developers have to tear out every tree even when they could work around some.

I hope they did graft some of the originals back.

I will check out the rest of your article later.(or original)