Hey Ya’ll,
The more I grow ‘small fruits’ the more I appreciate that they do not get decimated by late freezes we’ve had the last few years in KY. Our farm has had almost no tree fruit for 2 seasons now. However, berries and small fruits always prosper. Which leads to honeyberry. I thought honeyberry was a mere novelty fruit until my bushes got big enough to produce quantity. Some are definitely better than others. 2 bushes in particular are quite good. Anybody have practical knowledge of propagation of honeyberry? Dormant versus green wood cuttings? Any helpful experience you can share?

There’s an absurd amount of information on this thread:

Stuck some hardwood honeyberry cuttings this weekend. They were placed in 50/50 coarse washed sand and coir. Dipped in rooting hormone diluted to semi-hardwood strength which is 50% weaker than recommended hardwood dilution. Ive had success rooting honeyberry using softwood cuttings with no hormone so Im not sure if was even needed. No bottom heat being used because from my experience, haskap dont it. Cuttings are all 4-6 inches long. A few contain a bit of 2 year old wood at the ends, but mos…

For the TL/DR, it sounds like stooling, sticking hardwood cuttings in the fall, and greenwood cuttings under mist or cover are all viable options.

Blake, which bushes are your favorite? Are they named cultivars?

Already a honeyberry thread exists, but another one should be good too!

I bought my first couple in 2012 from Greenbriar near Rocky Top, TN.
Currently have about 4 varieties. (I’ve grown and sold some for ‘edible landscaping’ to customers mostly. But I believe in them, and continue to add one from time to time to my collection.)

@jcguarneri I think I got one cutting alive from a couple dozen…so they are more difficult than a lot of things. Need the right set-up…can’t just stick 'em and they live, like currants.

One type that is pretty good here is Blue Mist. But my favorite one is Aurora. It is prolific and the berries are delicious. Indigo Gem is good also, but I think the flavor is not quite as good as the others. Honeyberries just seem to vary a lot. They can be bitter on not so good cultivars. I’m sure location has an effect on them as well. Here in KY where summers are sunny and fairly hot and humid, I have them all planted in 1/2 day shade 1/2 day full sun locations and they seem to be doing very well. Slow to establish but worth it. They just taste very similar to blueberries but a little bit more tangy. Not especially sweet but with a complex, delicious flavor and good antioxidants. WAY easier to grow than blueberries! Also birds don’t seem to be especially interested yet, although robins will eat a few.

Yeah, I’ve seen mixed reports on that. @FarmGirl-Z6A says she’s gotten near 100% sticking them in the fall. I’m going to try that out with a setup very similar to hers

. I do wonder if some varieties are more willing to cooperate than others.

In general, though, my experience with cuttings to date is that, while there are no guarantees, a lot of species are much more forgiving than common wisdom would suggest. For example, when my daughter tried to climb our new rhododendrons this summer, I just stuck the broken branches in the ground with no special care other than a little extra water, and they seem to be rooting. On the other end, my first attempt at rooting currants failed miserably, as I had them too warm and they all rotted.

Yes, azaleas and rhodies root pretty good if you have shade, acid soil, and good drainage (but keep them from getting bone dry).

I’ll have to inquire more on how Farm Girl does it. She’s knowledgeable on farming and lots of other topics.

I planted Blue Moon and Blue Velvet in Boone’s Trace on the Kentucky River 9 years ago…they (6 plants if I recall) are alive and productive last time I had an excuse to look.
That combo pollinated each other sufficiently. 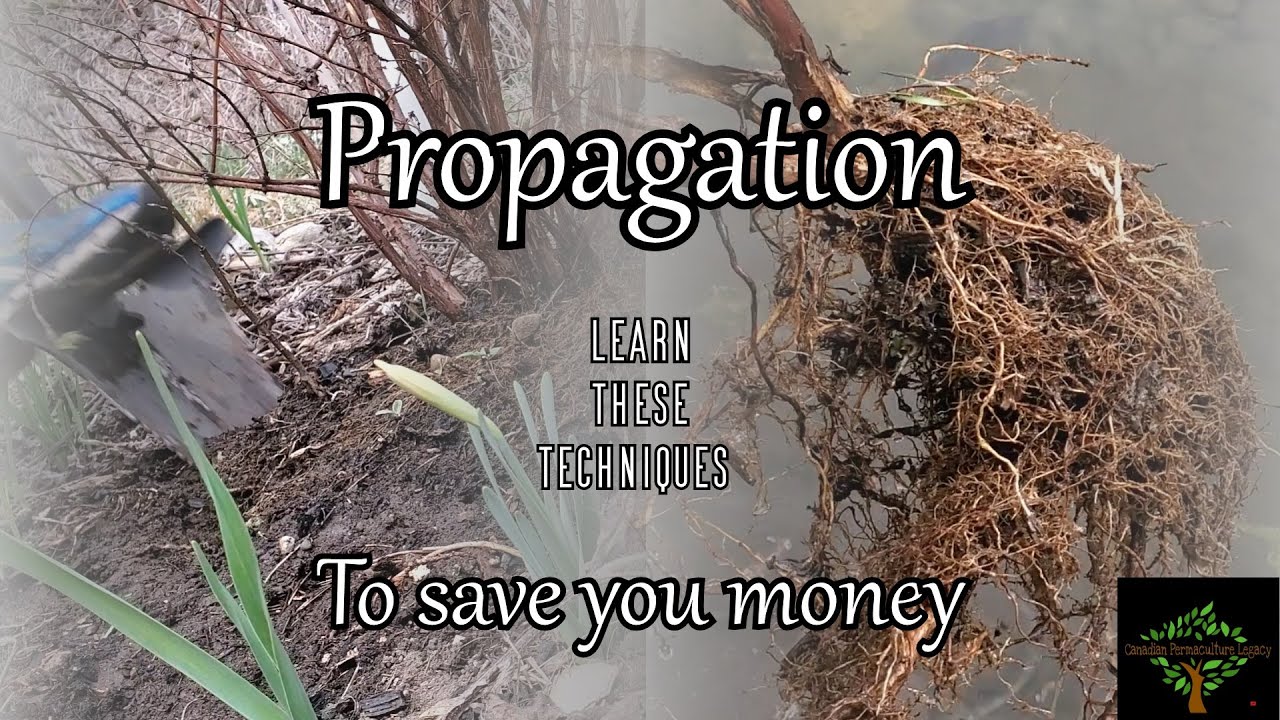 I have seen this youtuber propagating honeyberry by simply mounding up dirt around the bottom quarter or so of the bush stems… which causes them to root into that dirt… then when dormant he digs some out with roots to establish in another location. He has mass multiplied them that way.

Above is one of his vids on propigation… not sure if that one covers honeyberry… but it might. If not surf the vids on his channel.

Yep… it is shown in that vid… he calls it stool mounding. Easily turn one honeyberry into many.

i just stuck 15 good sized aurora cuttings in a 15ft. raised bed. if even 1/3rd. take im golden. if more take ill dig them and share/ trade on here.

depending on your climate, Id try to keep as much of the cutting under the dirt as possible, maybe just having a small amount poking up, to keep it from drying out, or you could likely bury it and cover with a light soil that wont pack down, so it can break out once it has rooted… If you are somewhere where it is fairly humid or rains frequently this might not necessary, but in my area it helps a lot. Ive been sticking my cuttings at an angle, so the whole cutting warms faster to initiate root growth, but with 90% of it under the surface.

i stuck all but the last bud in the soil and buried with snow. we get quite a bit of precip so these shouldnt thaw until mid may.

Thanks looks like very useful info. You can also stool layer tons of other plants like gooseberries, hazelnuts, many ornamentals, etc.