This week I topped it at 7 foot, thinned out numerous upright canes, and left fruit spurs down near the crotch. 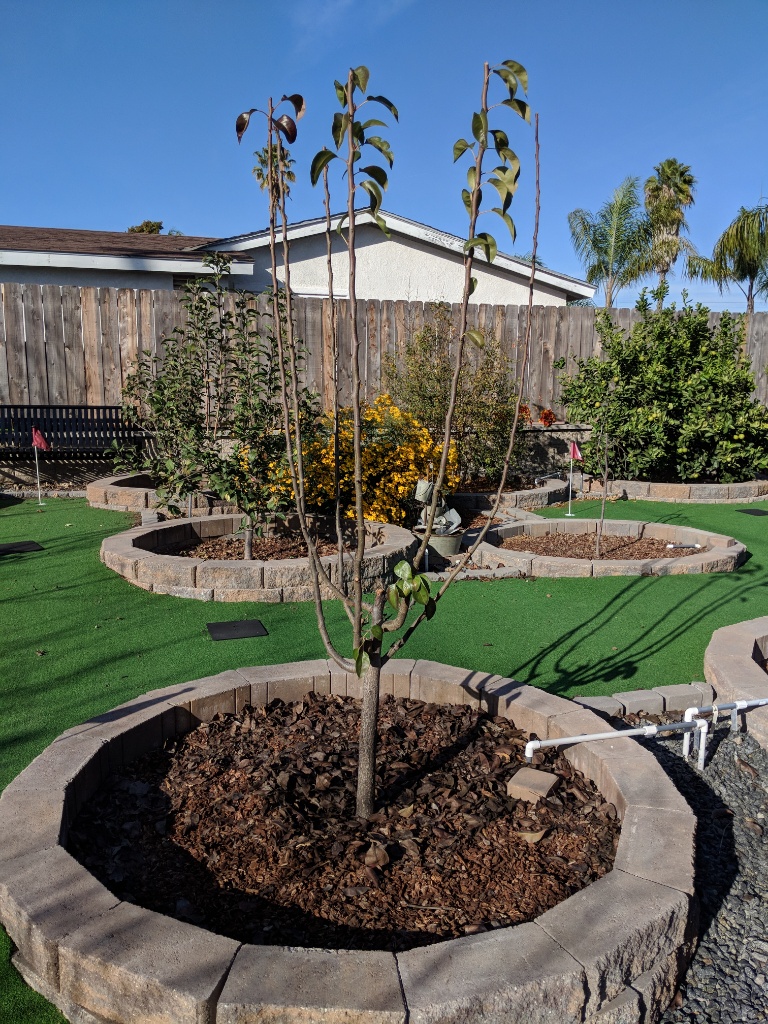 Nice! I am loving the putting green / orchard. You have been doing a ton or work there.

I have Hood grafted to a root sucker from my big old Winter Nelis, as a backup for when the big tree gets completely devoured by termites. (It was very badly maintained before we got here.) The Hood mini-tree grows well, but it never goes dormant. Is that a problem? It seems to me to be like a person who doesn’t get any sleep–that somehow the tree won’t get replenished, but maybe that’s my imagination. I’ve complained elsewhere about UFO peach branches never going dormant either, and it suddenly occurred to me that I shouldn’t assume it’s a bad thing… 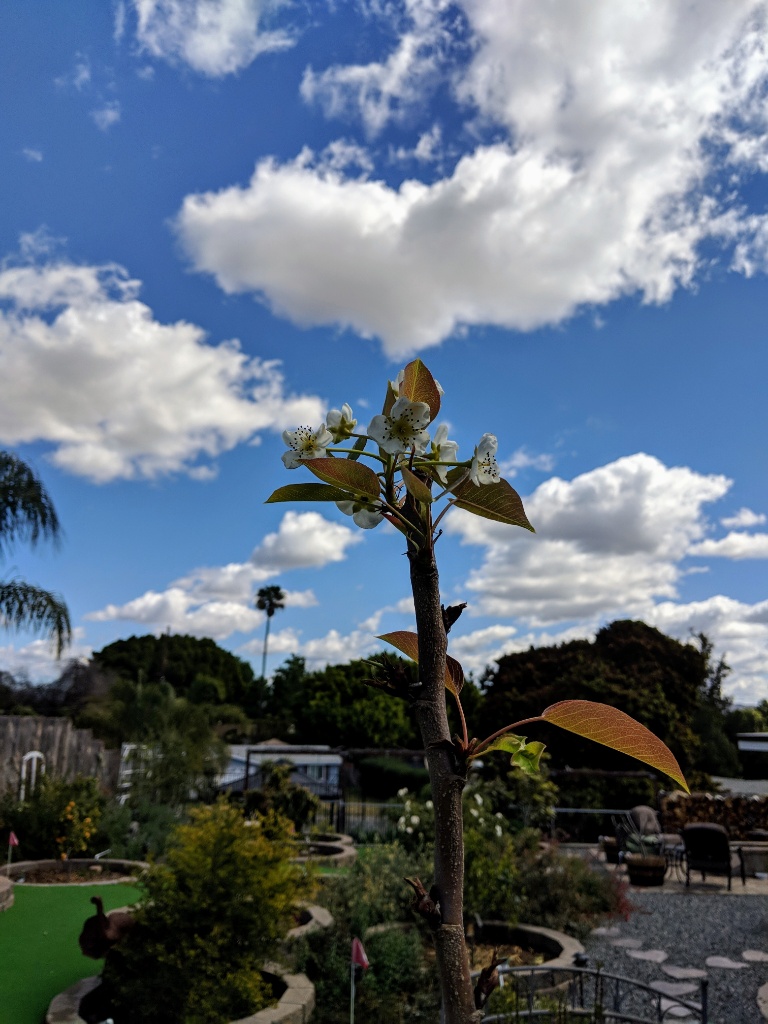 Lol, mine’s blooming too --in NC! But we had all that really warm weather for February. It’ll probably not bloom too early here most years like I suspected it might.

My Hood is also blooming

I don’t have a hood, but it’s one that I’m considering.

I was halfway wrong; my Hood is sitting there with unopened blooms, so not ‘blooming’. That works better, weather-wise, but I’ll have to see if the old pears of my neighbor will keep on blooming that long. They still are now.

I’m so surprised those blooms didn’t open yet, but I’m actually not used to pear blooms! It’s working much better than bloom with our temps, so it’s a good thing.

When I grew Hood in zone 9, it would have very few blossoms in the early spring but the main bloom happened in May and the harvest in the Fall.

First ripe fruit of the season 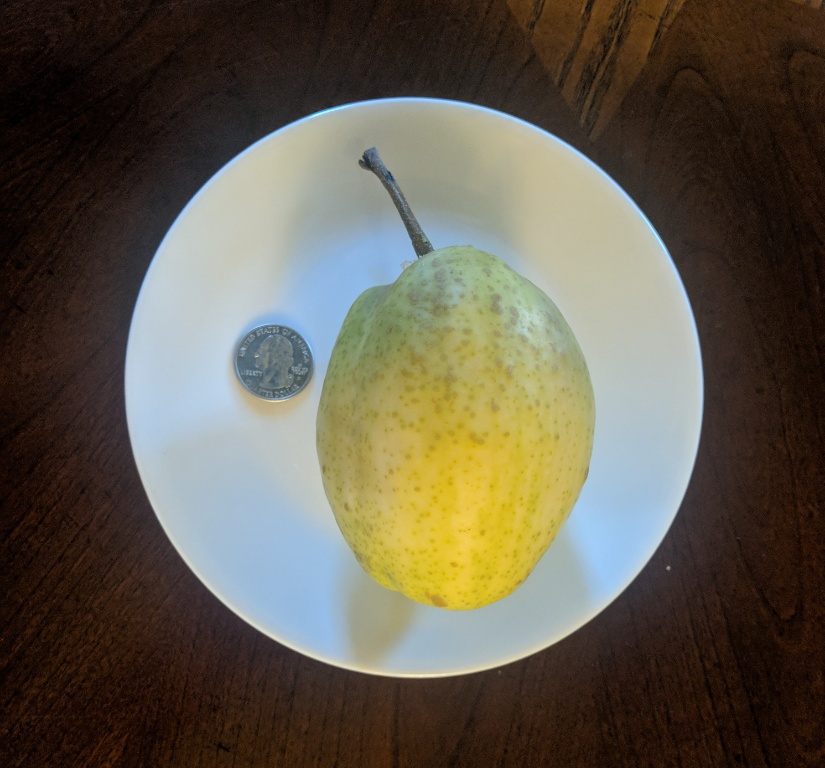 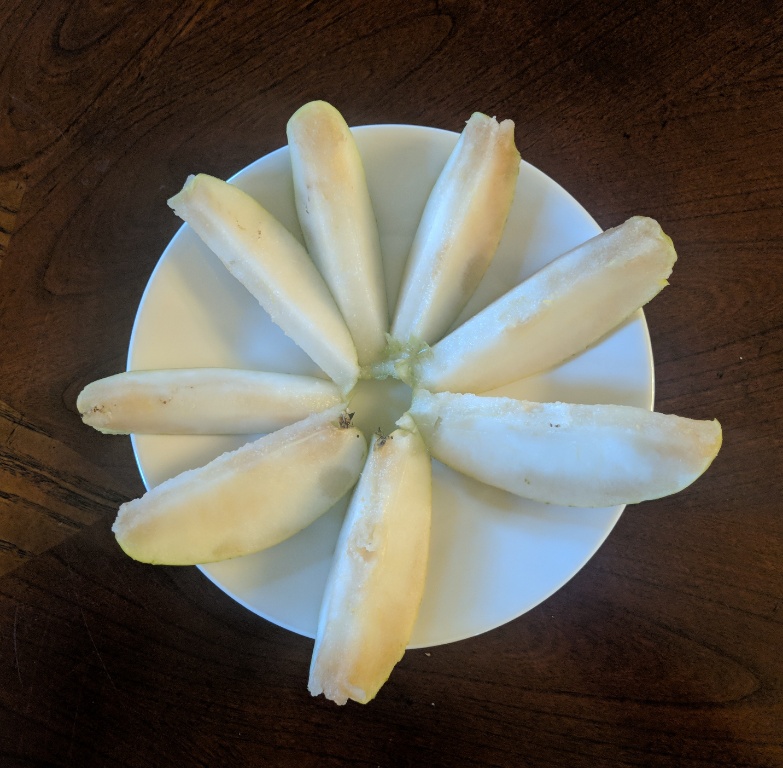 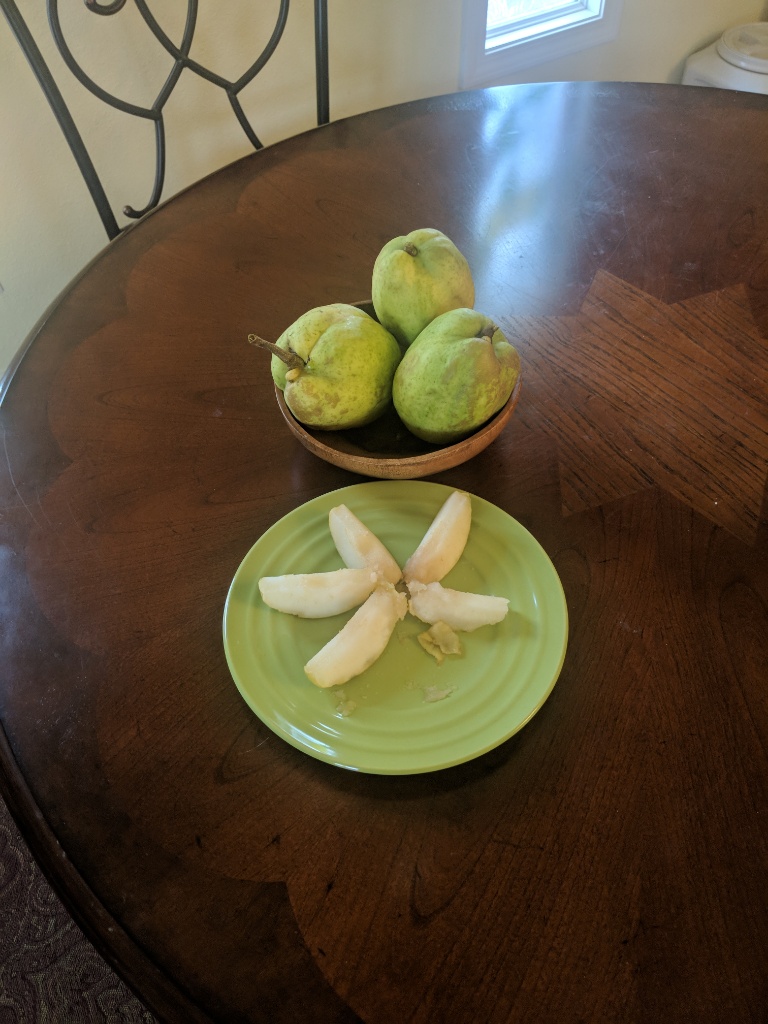 This year I decided to top my taller deciduous trees at 8 feet – so I made an 8’ standard from a length of PVC pipe. Here’s photos of the before and after. 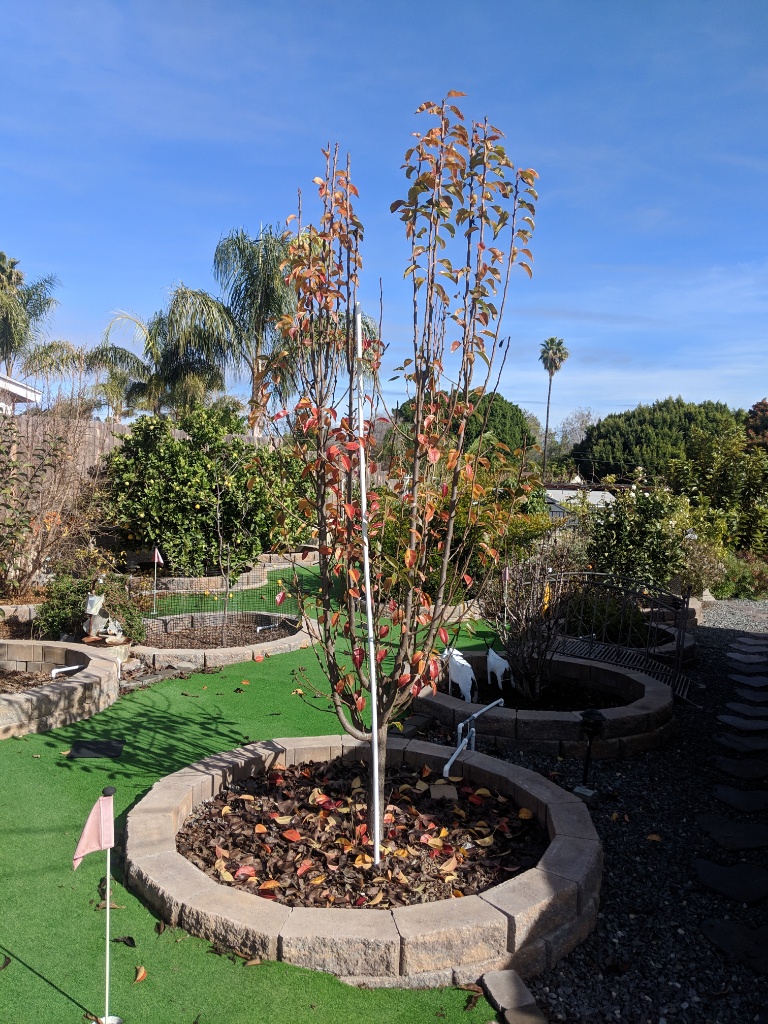 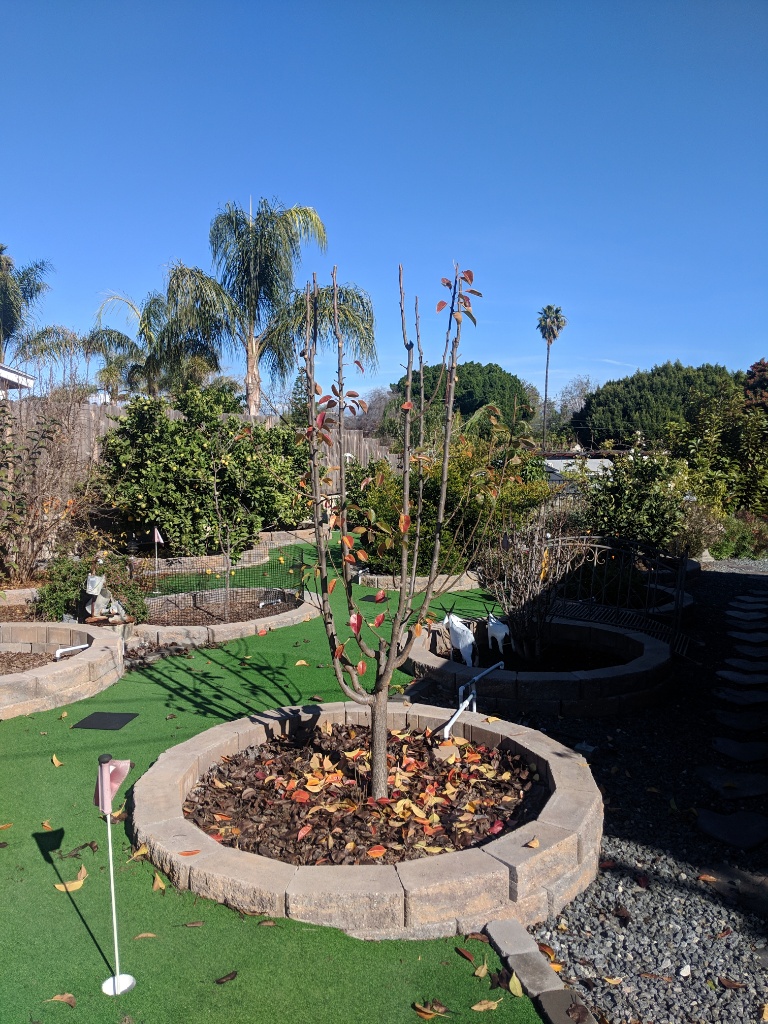 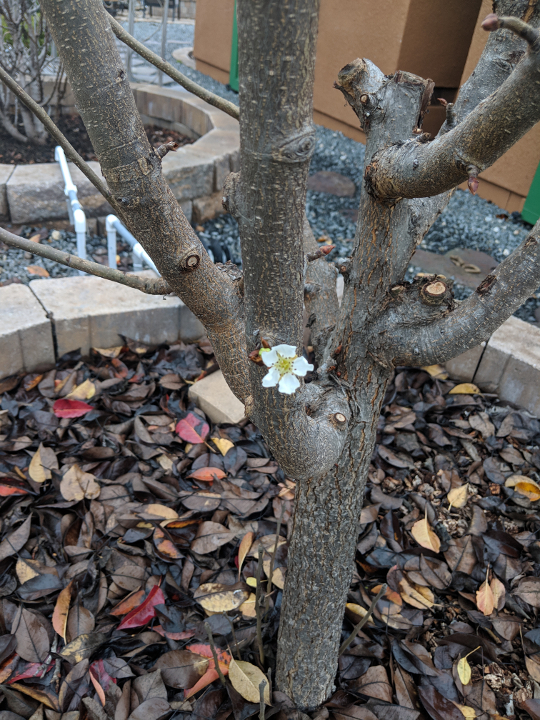 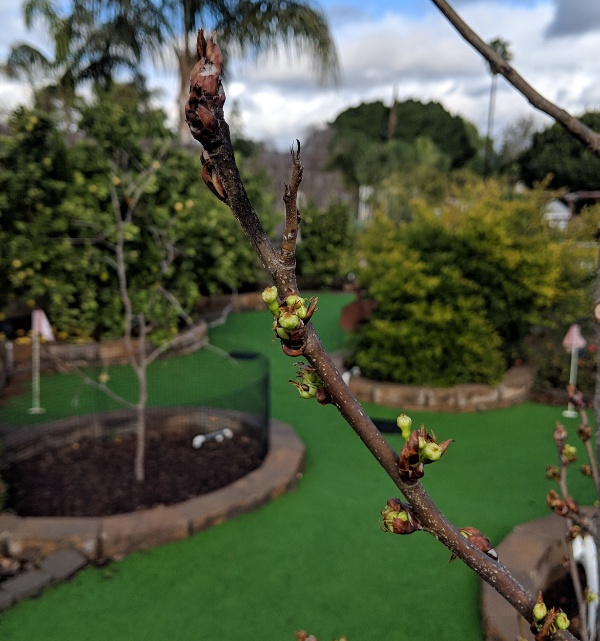 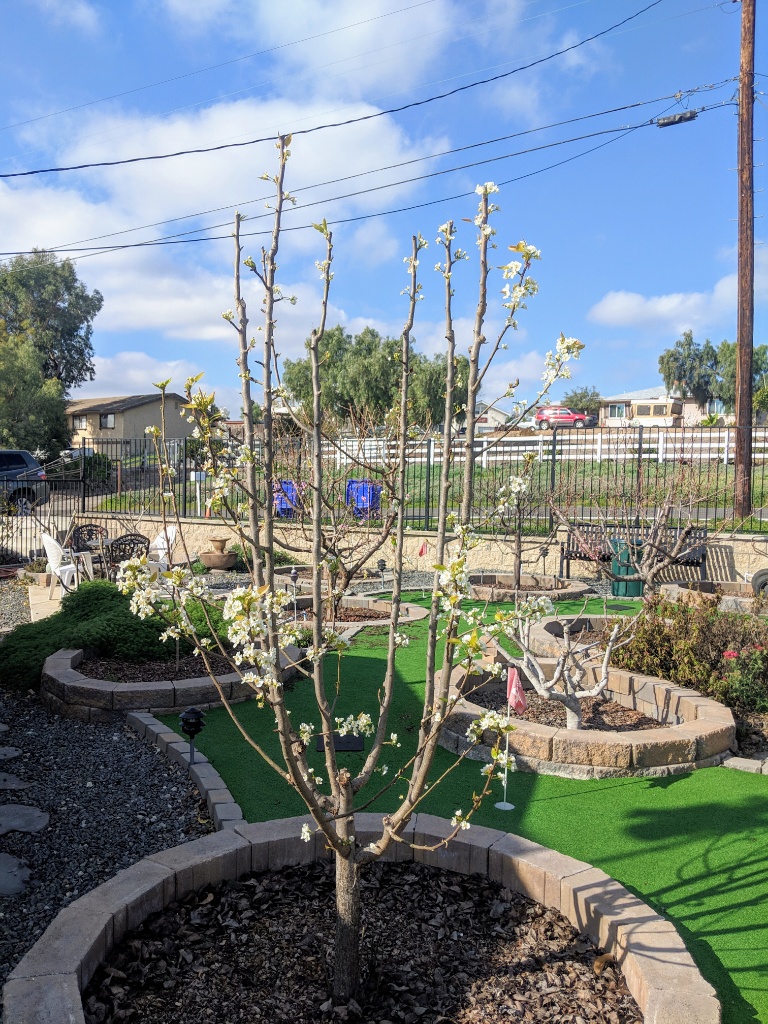 Hey, does anyone know if Hood will polinate an Ayers pear tree?

At my place the blooms dont overlap.

Thx for that info