Yesterday I planted this DWN Hood Pear on OHXF333 rootstock. I purchased it last summer in a 5 gallon pot. Previously I had a one at my home in Rancho Penasquitos for a dozen years. It produces Bartlett-like pears and has some fireblight tolerance against the extremely high disease pressure in our region. 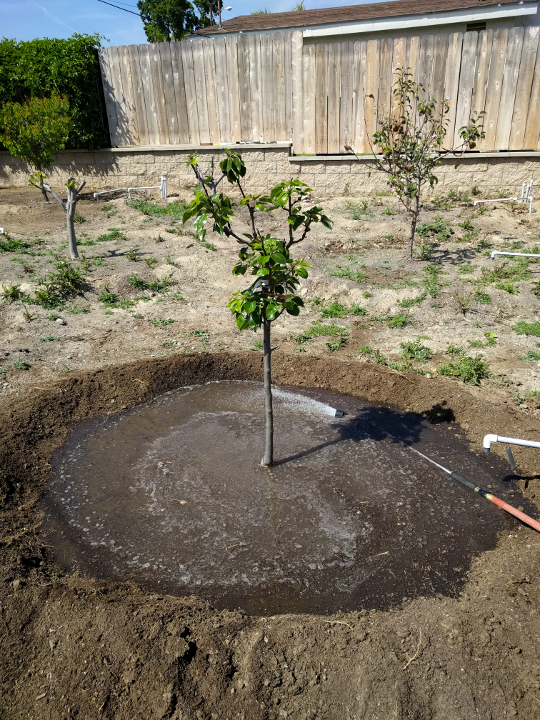 Here in the hot, humid south an old tree here never gets any FB (there’s always a first time), but it sure does get leaf spot every year. The sweet fruit are enjoyable from this very low chill variety. A winner.

The tree is about 6.5 ft high now. Here is the one fruit I let mature on it this year. 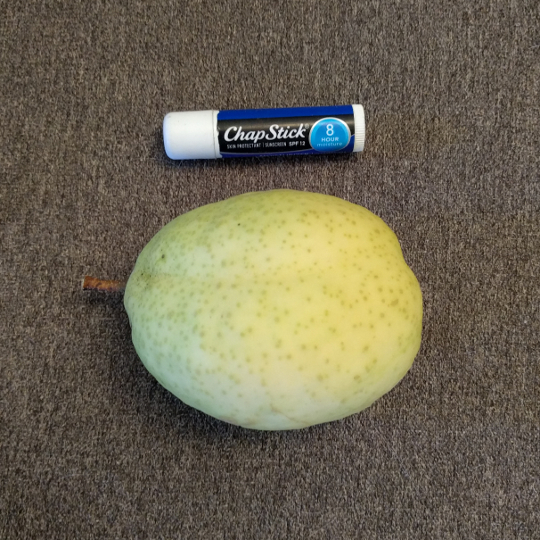 Richard which tree did you get for your pollinator? Flordahome (The DWN suggested one)? Or is that a parthenocarpic hood pear? I picked up one from HD (root unknown) and another from DWN on OHXF333.

Richard which tree did you get for your pollinator?

None. In my experience it is self-fruitful.

OK, that’s good to hear. When researching Hood, I found it was characterized by many as partially self-fruitful. Some sources indicated parthenocarpic fruit formed. DWN says pollenizer required (another scheme to make you buy 2 trees instead of one?). Are there seeds in your fruit? Did/do you have any Asian pears or parkway Callery pear trees that could serve as pollinators? I guess, if I lose the Flordahome I won’t bother replacing it.

At my previous home, Hood bore heavy crops and I wasn’t aware of any other fruiting pears in the neighborhood. There were always seeds in the fruit. After it was in the ground about 5 years I added Hood pear trees to my nursery stock and began testing Flordahome in 15 gallon pots. Compared to the Hood in my climate I found the taste poor and very susceptible to Fireblight.

At my present home I seriously doubt there are any fruiting pears nearby. I’m not sure if there are seeds in the fruit I picked today but I’ll post after cutting it open.

That’s interesting about the FB in Flordahome – U of Florida lists Flordahome as having FB resistance. I believe Flordahome has both Hood and Tenn in it’s parentage (Both FB resistant), so I’d think it would have inherited some resistance genes. Andrews CP & Sherman WB (1979) Proc. Fla. State. Hort. Soc. 92:266-267 — indicates moderate resistance for Flordahome (tested as Fla. 41-116). What makes San Diego worse than Florida for FB?

What makes San Diego worse than Florida for FB?

The climate plus mass urban plantings of flowering pear, and pyracantha to a lesser degree. 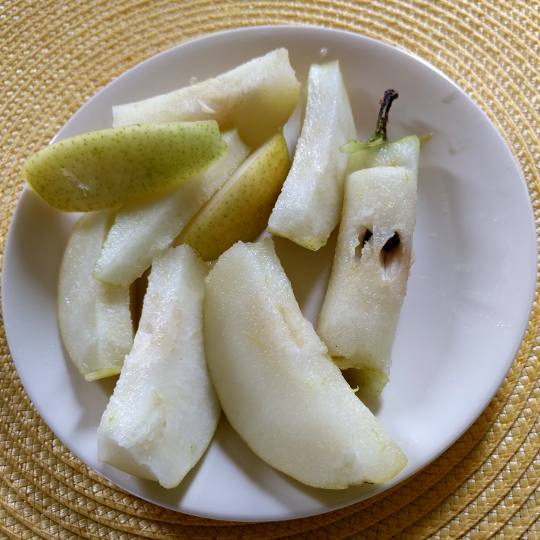 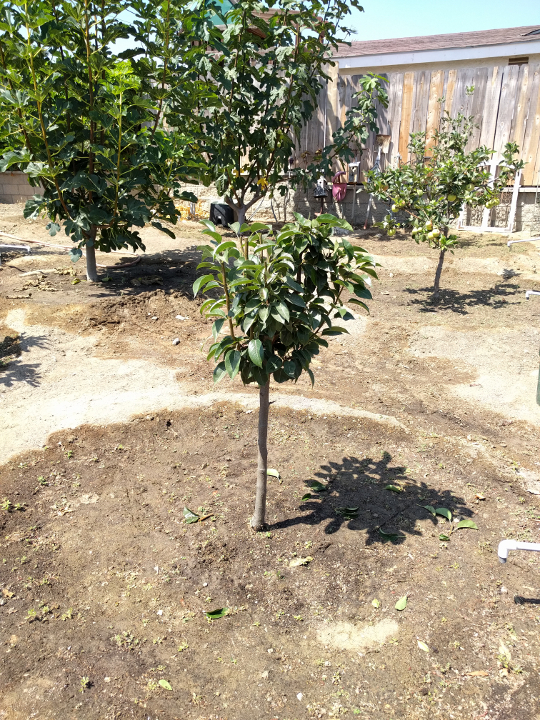 Richard,
I imagine that after all that rain your hood pear is growing like a weed. Any new pictures?

It’s been dormant for perhaps a month. Bud break is just starting 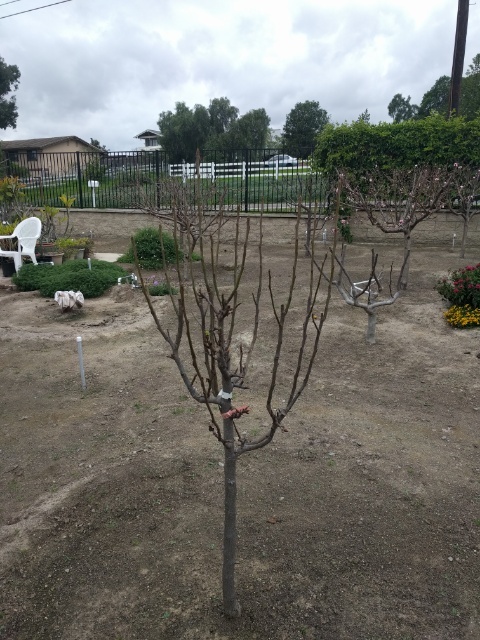 All leafed out now!

Going to graft hood this weekend I hope on callery. Perhaps it will do as well in Kansas as California.

Nice tree @Richard. I like the way you brought the top down. I don’t have one personally, but Hood is a popular variety down here. I’ve seen them available at a few of the nurseries…Not encouraged by your comments on the Flordahome, recently planted one and it seems to be doing well…maybe it’s a regional thing and I’ll have better results in my area. Here’s hoping.

@jeremymillrood 2nd year with Flordahome. No fireblight. In similar clime as Richard. However there are few ornamental pears in my neighboorhood.

Have historically had problems grafting hood to some callery pears. Just to follow up I wanted to let everyone know the latest wild callery rootstocks and callery rootstocks I purchased from Willamette Nursery have had no problem with hood grafts. The original callery I used were not compatible with hood.

Thanks @clarkinks, very good info for the community. Also I’d like to note that while touring my yard with @JCT on Sunday we could only find one leaf tip on my Hood Pear with FB “burn” and the rest of the tree was clean. There’s easily 2-3 dozen ornamental pears within 1/4 mile of my property.