I’ve traditionally grown the following varieties for the past 10-20 years:

This year I added the following cool varieties: 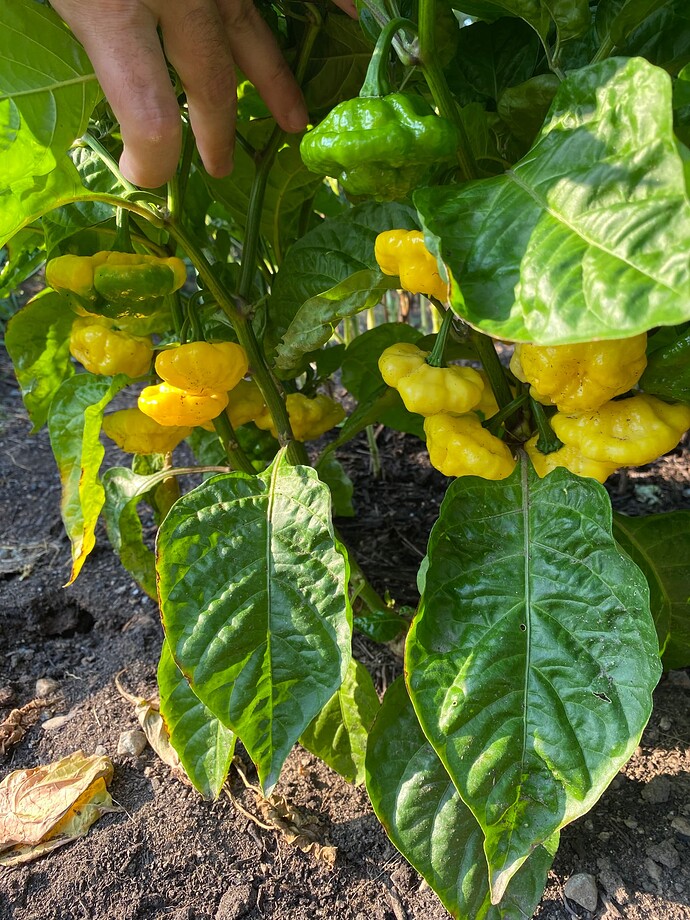 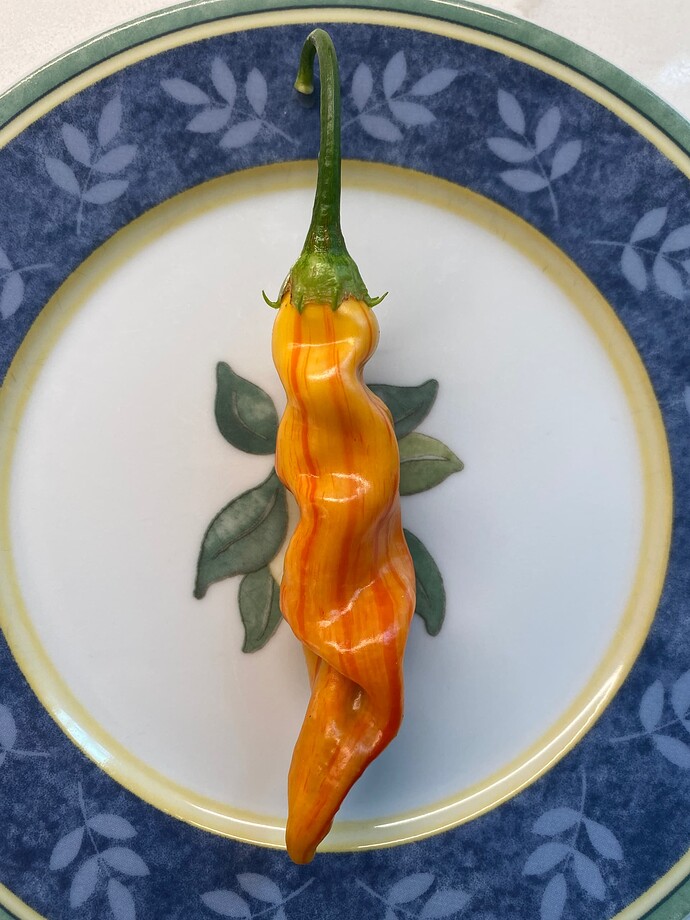 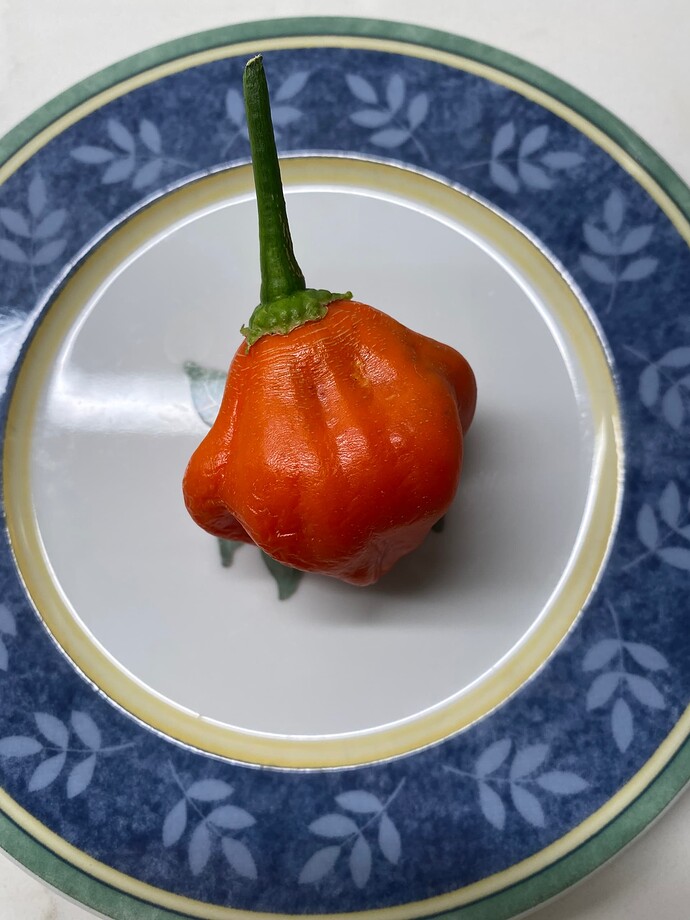 Very happy with my current roster of hot peppers.

My friend’s friend loves Aji Charapita. She has commissioned us to grow the plants for her. Unfortunately, somehow, many of our seedlings died. Blamed it on the seedling mix we used.

Our cousin gave us a dozen Carolina Reaper plants and a Ghost plant in August. Not sure if they will set fruit and ripen in time. We don’t do much with these hot chillis. We just grow them for fun.

@mamuang Aji Charapita is such an amazingly flavorful hot pepper. The -pita stands for “Pain In The Ass” for picking it. It takes forever. Also, I found it to be one of the most difficult hot peppers to grow.

I can’t handle the Carolina Reaper and for that reason I don’t grow it. The hottest pepper I grow is probably the KSLS at around 250k to 300k SHUs. That’s even too hot for me. What can I say… I’m such a lightweight.

I’ll use them to make fermented hot sauce. 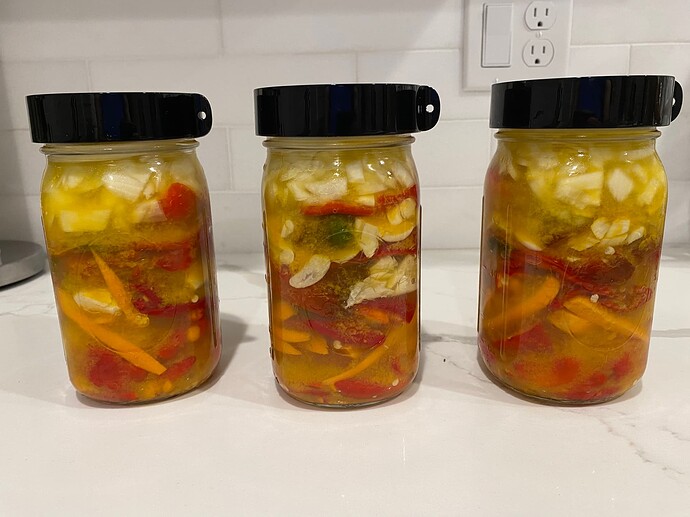 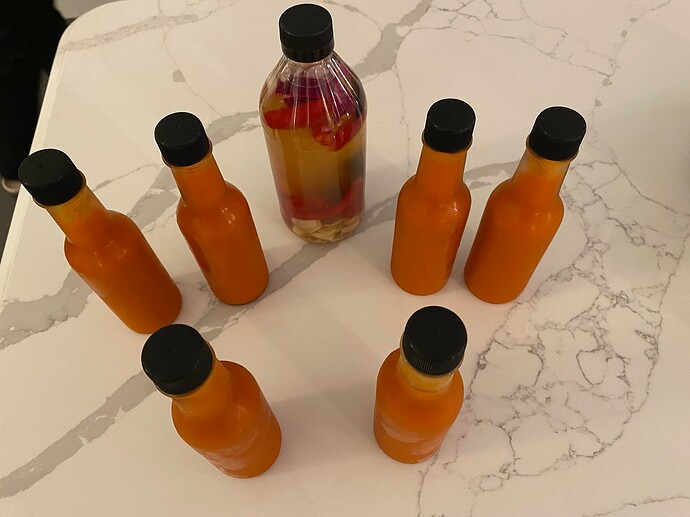 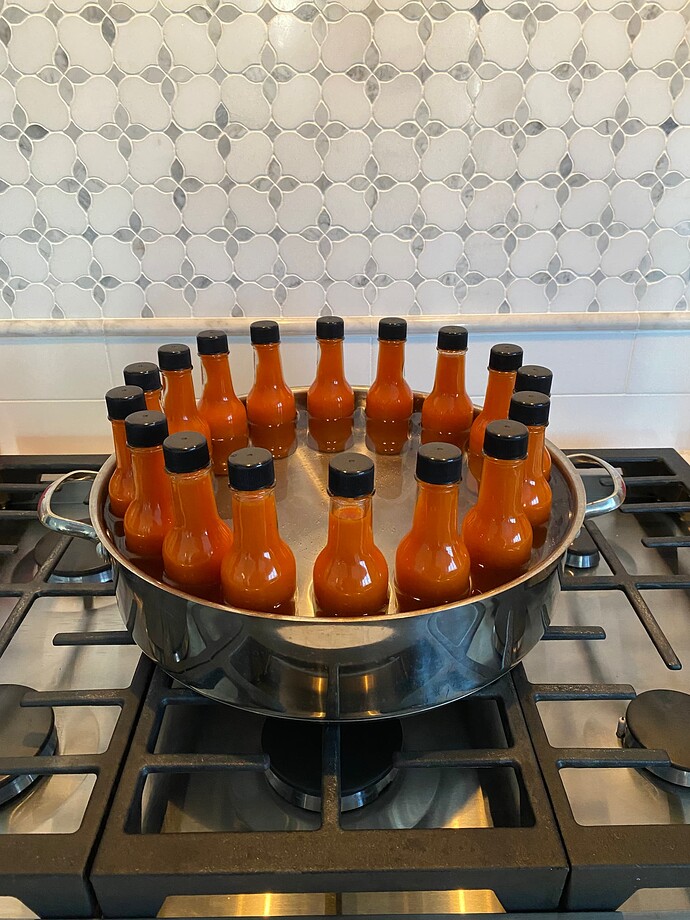 Glad to hear that Aji Charapita has given you a hard time, too. As you can attest, picking those tiny peppers is a real pain. That’s one of the reasons why it is the most expensive hot pepper.

I love the Sugar Rush Striped. Such a unique blend of colors.

We use Thai hot chillis and Prik Chee-fa so we grow several bushes of those. Friends and neighbors love them, too.

What other striped chili peppers are available by seed these days?

@Richard The only one I’m aware of is the Sugar Rush Striped (aka Sugar Rush Bacon), created by Chris Fowler in Wales. I haven’t seen any other striped hot pepper varieties on the pepper forums.

Carolina reaper, scorpion,habos my favorite is a red Caribbean though as far as flavor. I eat them by themselves and cut up in food and homemade hot sauce. I’m getting to where I want them with every meal not sure if that’s a good thing or not.

Fish pepper often looks stripped, but not as dramatically as SRP striped.

I have found SRP and SRP striped to be among the peppers most prone to blossom end rot in my garden, although on peppers it often appears on the sides and not always just the bottom. At least I think that is what happens. They seem to get it as they are ripening, so I can usually cut away the bad part, but it is tough for me to get the picture perfect specimens like @Marco has.

I’m fermenting a hot sauce now that is about 75% SRP /SRP striped and 25% Fatali, which will make a nice golden hot sauce.

@zendog Since I moved into my new location 3 years ago, I used to have that problem with tomatoes for the first 2 years, and the soil tests showed a calcium deficiency among several other deficiencies, which I have corrected since. I started loading up the soil with dolomite lime and crushed oyster shells. Throughout the year continuously dig crushed eggshells in the garden. This year I had no BER on anything. I’ll be sending out soil tests next month. I’m hopeful that I was able to correct all the deficiencies, by following the prescribed amendments.

Thanks to the photo from @Marco, I picked up some Sugar Rush Striped plus Hungarian Wax seeds for next year. 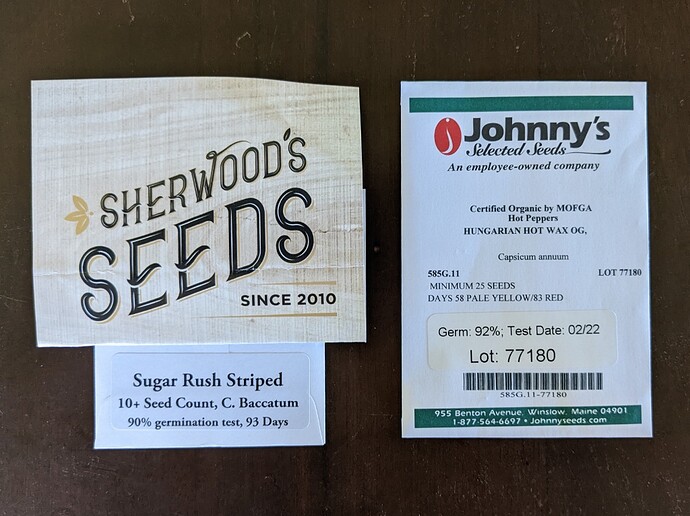 Sorry if it’s already been discussed in this thread, but does anyone know anything about this website for buying seeds? They were one of the top non-sponsored search results, but I’m not sure if that’s because they are good or just good at SEO:

Shop our selection of Chile Pepper Seeds, Plants and Dried Peppers. We also sell Vegetable & a variety of other Seeds here at superhotchiles.com

I placed an order last night because I decided I’d try one more time to grow peppers in my greenhouse next year, but I like peppers that are only mildly spicy and sweet, so these are the three that I went with: 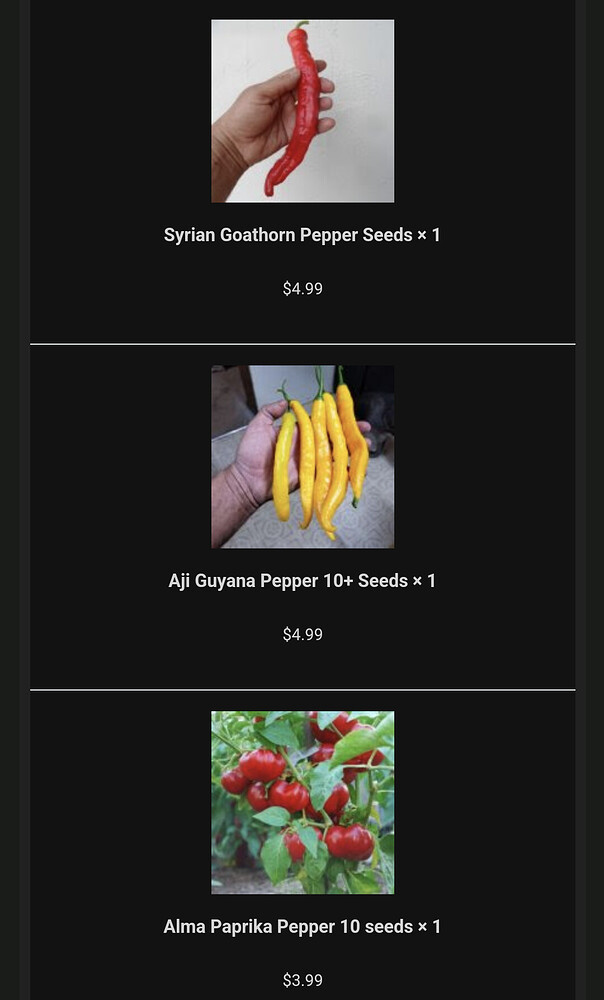 They are pretty good and I haven’t heard any issues with varieties not being true to type, etc., which is a big issue with some vendors like Pepper Joe’s.

I bought about half a dozen varieties from Super Hot Chillies a few years ago and they tossed in some interesting bonus packs. I did have poor germination from one of the varieties, but I haven’t heard of people having an issue like this, so I assume it was possibly a fluke.

Are all the peppers on the plant similarly striped? I would be interested in seeds if you have any, i have a few varieties to trade.

They’re very late and I just got 2 ripe ones so far, out of 3 plants. Both were similarly striped. The plants are loaded with peppers. I’ll PM you. 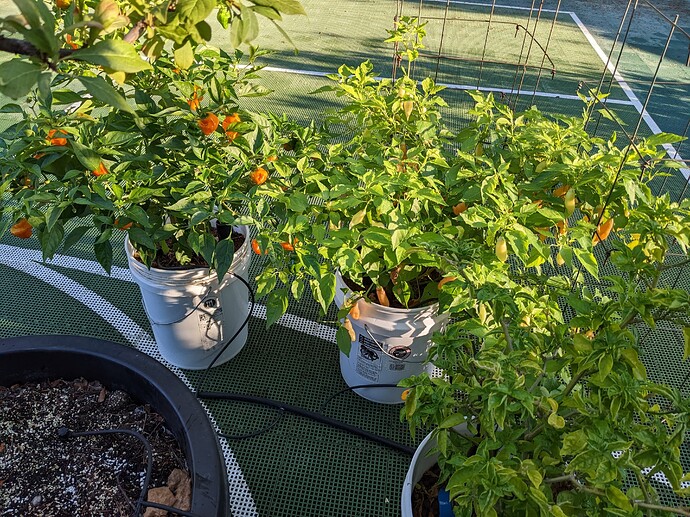 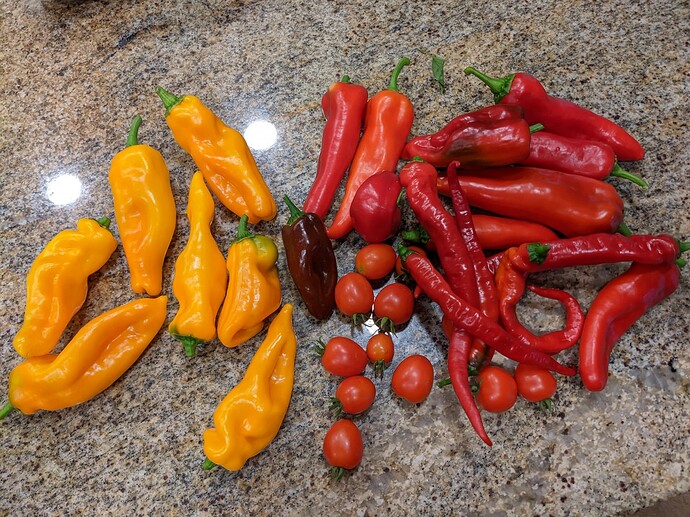 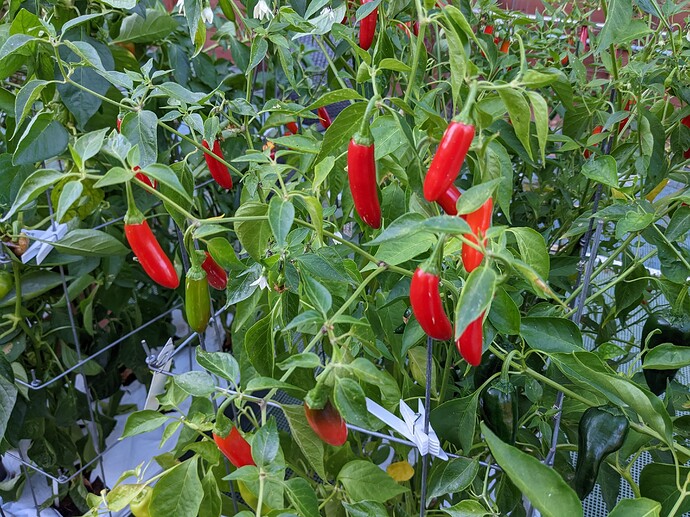 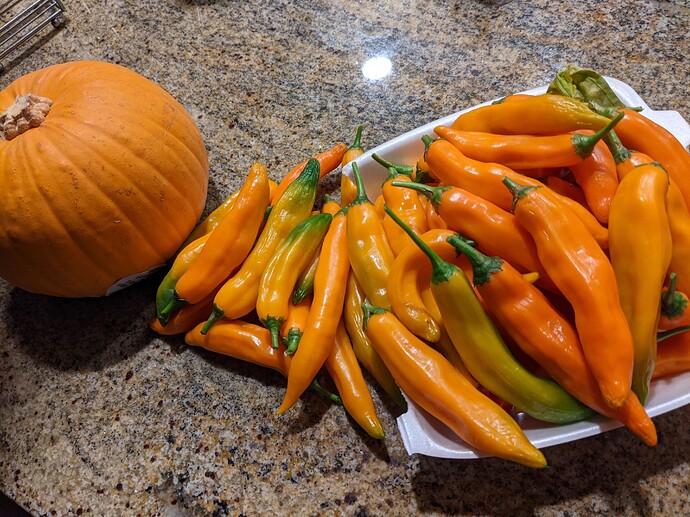 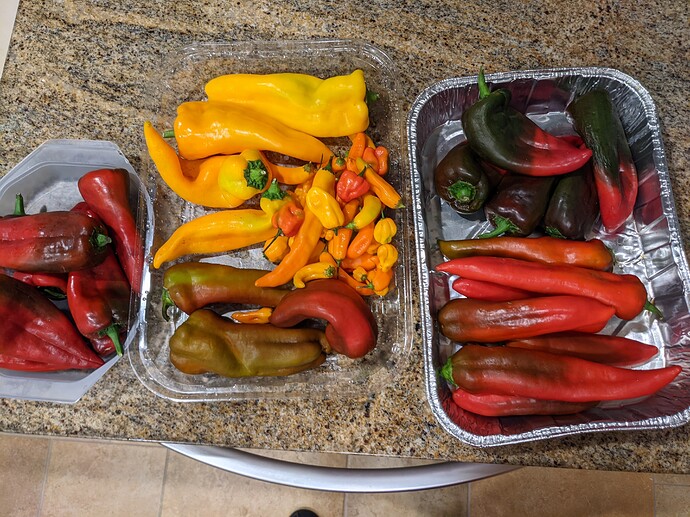 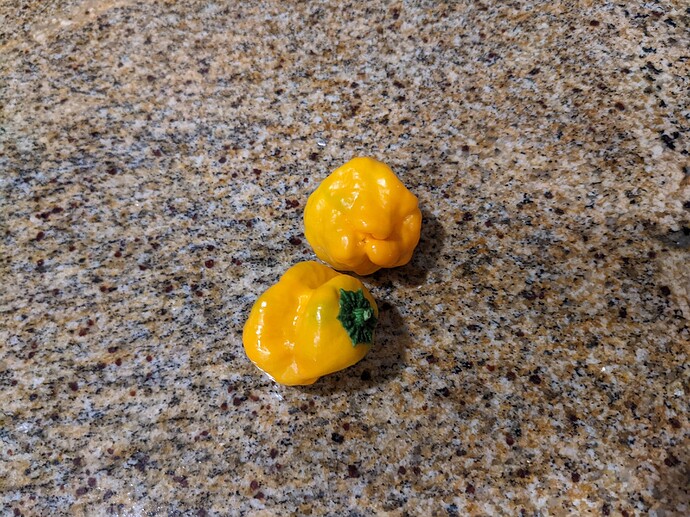 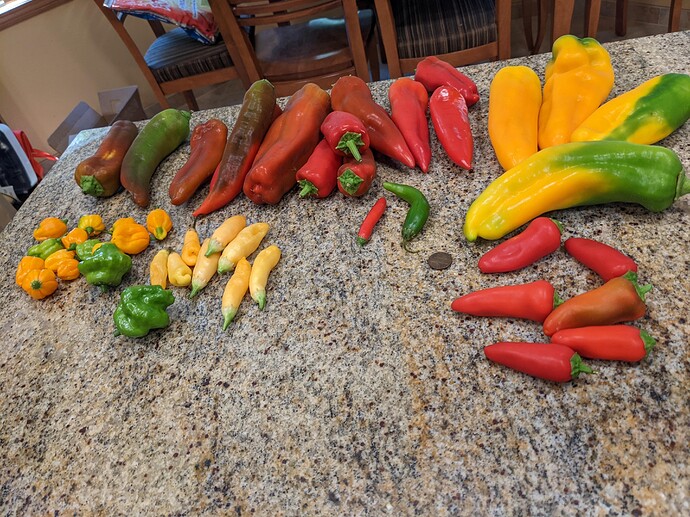 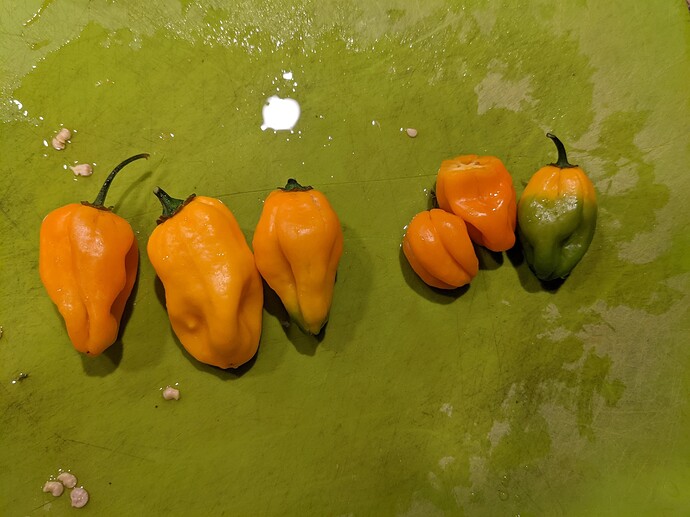 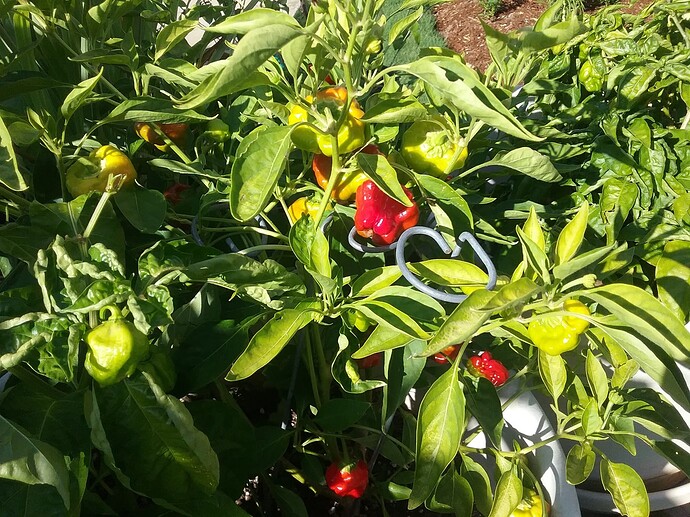 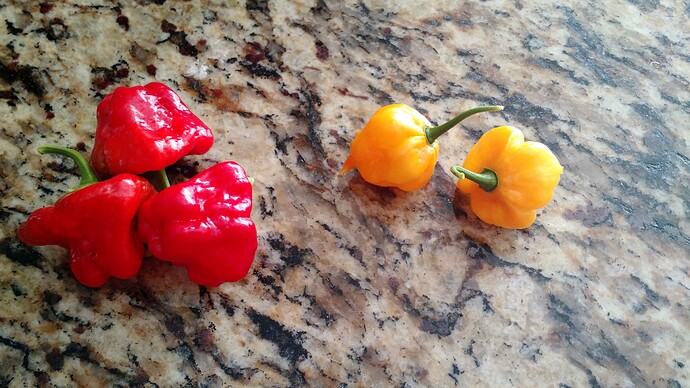 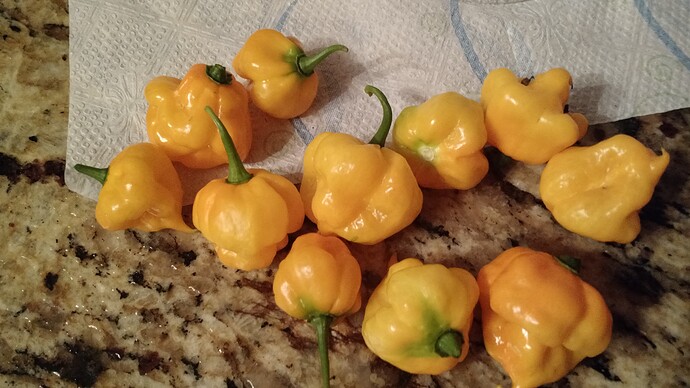 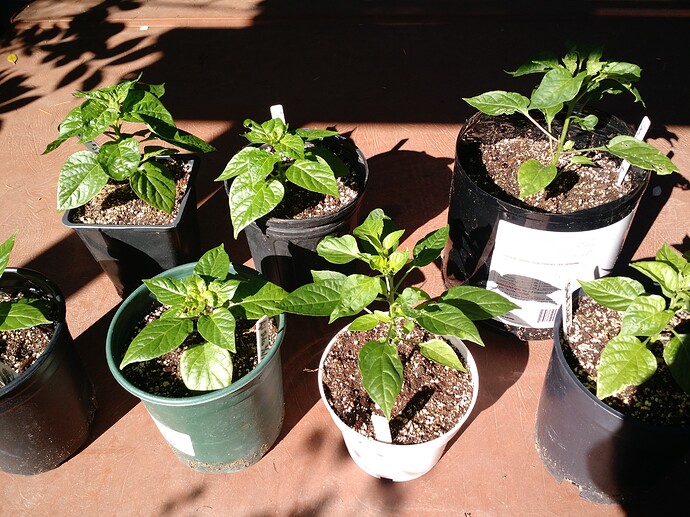 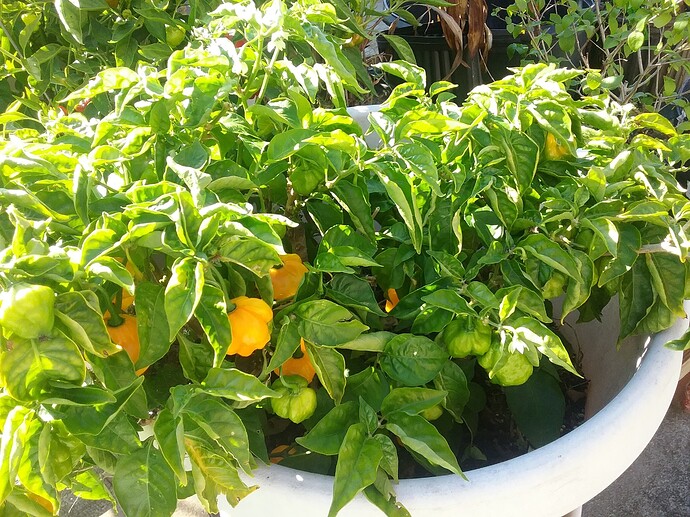 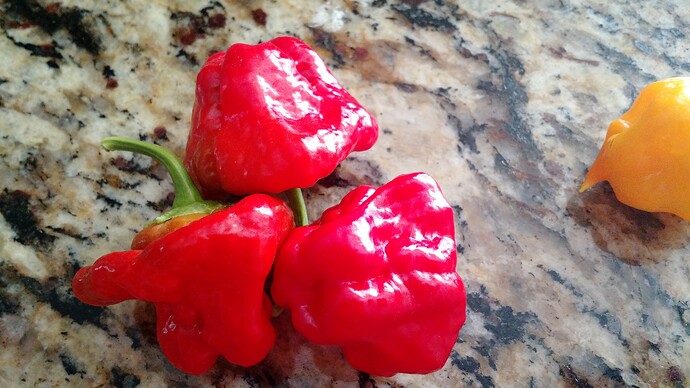 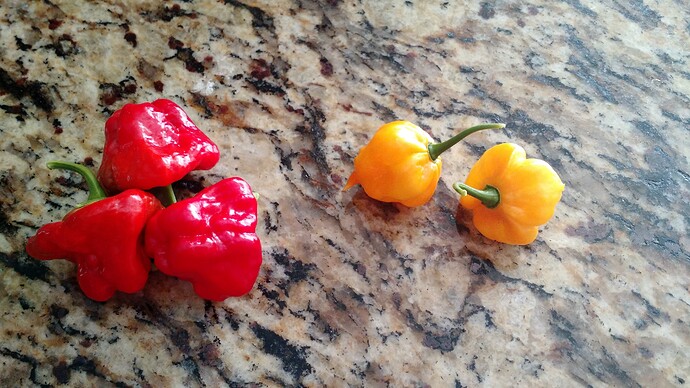 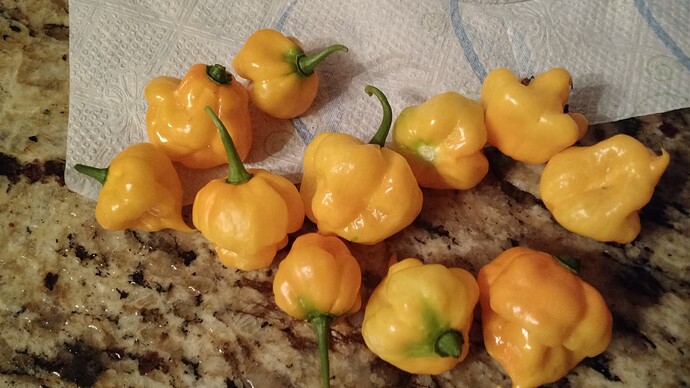