How to get around the juglone issue with walnuts?

I was fallowing a page on nuts and was wondering is there a way to get around it. For example I hear cherries, peaches and plums are immune to it so if I were to put my cherries, peaches and plums around it and plant pears and apples 12+ feet away from the maximum size should I worry about it? The tree I am thinking of getting is a Ambassador walnut grafted onto paradox rootstock.

The guy at miracle farms (on youtube) has mulberries between black walnut and apples, pears.

He has a vid on that that i watched a few years back. 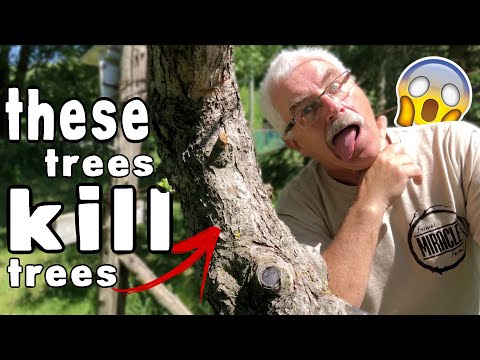 Paradox rootstock is a cross of J. Regia X J. Hindsii. The rootstock produces an abundance of juglone.

The dripline of a walnut tree is not the extent of the roots. Typically, most trees have roots twice the diameter of the dripline. When the tree sheds leaves in the fall, they decay leaving juglone in trace amounts behind. My rule of thumb to protect sensitive species from walnut’s allelopathic effects is to not plant anything I value within 50 feet of a walnut tree. 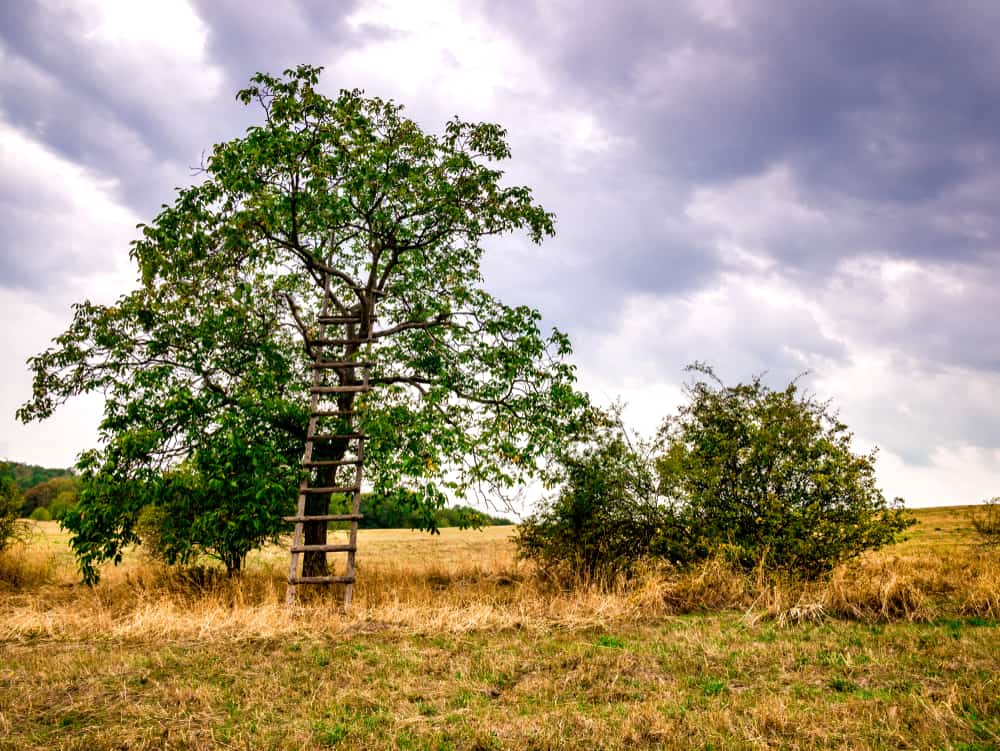 37 Juglone Resistant Plants That Can Grow Near Black Walnut Trees

Black walnut trees are fantastic, but you'll need to learn which plants are juglone resistant if you have them growing on your homestead.

I have persimmon, mulberry, and pawpaw right up on mine with no problems so far. The article is about black walnut, but they are the worst juglone offenders, so if it will survive near a black, it should make it with yours.

I have apples and pears and am hoping to protect them is the thing. I do have plums, cherries and persimmon to plant around the mulberry shall the need arise though which is sounds like the only way to protect is to make a barrier and plant a certain distance away according the video above. So it sounds like there is a way it is just a question of the distance and how far for the barriers.

Walnuts have tap roots. Then there will be a root or two that shoots out 50 foot. A lot of the juglone comes from the tree litter. It breaks down and gets in the soil. Just rake it up if your worried about it. For the most part it will be many years before you need to even start thinking about it. It’s not as bad as you think. Just don’t get a black walnut.

Make some Nocino and you wont care about the issues. 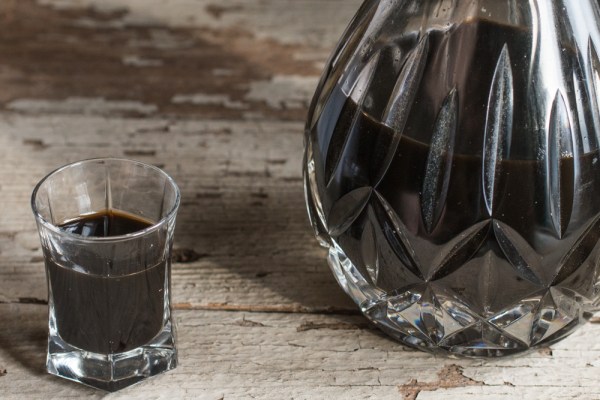 Before I knew a mushroom to pick, before I had ever considered clipping a leafy green to cook from a field, I knew I could pick green walnuts and make nocino. I don’t remember at exactly wha…

But some did not… and he found that those that did not… had other trees (like mulberry) planted between them and the BW… sort of running interference for the BW roots.

I think mulberries have a particularly dense root system and are tollerant of jugulone… which makes them a good choice for planting between BW and other fruit trees.

I have a 15" diameter Walnut. I cannot plant pine trees within 50 ft of it. I’ve tried several times.
100ft diameter circle is much larger than the dripline of this tree.

Here is a pretty good list of trees/shrubs/plants/vegetables that are tolerant/intolerant of juglone.

There are some large/mature black walnut at the edge of my orchard. It’s a relatively steep hillside with the walnuts along the bottom. Because of the elevation gain away from them I was hopeful that “supposed” Juglone tolerant trees would be OK even pushing that 50’ rule. I’m not so sure though… A Bing cherry isn’t looking very good, a Stella cherry died, one plum died and another isn’t looking great. Hopefully mulberry will do better, I plan to put some within perhaps 30’ of. I planted a couple of butternut trees moderately close and at year 5 they might be 6" taller than when I got them.

There are a few native pawpaws right at the base of them doing fine.

I think the reasearch on juggalone is inconsistent. I removed a walnut close to my orchard but there was a row of spruces that I think blocked the roots. Regardless I put my stonefruit (which are generally considered to be tolerent) between the removed walnut and my pomme fruit. It seems to be working well. I have clay soil. I think some of the claimed of severity of juggalone are exaggerated under at least my conditions.

All stone fruits (plum and cherry included) as well as mulberries are tolerant to juglone, so unfortunately whatever caused their demise was very unlikely the black walnuts.

I’ve certainly seen stone fruits in the “resistant” column of various lists. Juglone may have had nothing to do with it and it was just a coincidence. I simply thought it odd that within ~40’ of these trees, I’ve had such bad luck. An extra 10 to 20’ from the walnuts are some plum and cherry trees doing just fine. But then I didn’t really have room for any mulberries and will now take advantage of the space these (2 to 3yr old) trees have opened up

I also thought any tree that produced Juglone, was itself fairly tolerant. Perhaps not? I purchased 2 butternut trees in 2016 and planted them perhaps 20 and 30’ from some large black walnuts. The one closest to the blacks I actually noted as having died this spring. The other had leaved out and looked good and nothing on this one. A month or so later I noticed it had leaved out. A seedling an uncle sprouted and gave me last fall I put much further away from any blacks. It has possibly surpassed them both in height already.

butternuts produce nearly as much juglone as eastern black walnut.

Directly under the large pig hickory my ole muscadine which is trellesed and huge… makes some good muscadines regular. There are also deerberry and wild grapes growing in with the hickories there. They thrive and fruit regular.

Hickories are said to produce jugulone too but all these seem to do just fine in their root zone.

No black walnuts on my property but lots of hickory.

Robert, about five or six years ago I planted a September Wonderful Fuji apple inside a 6’ diameter cage in which I had previously planted a Carpathian walnut that had winter killed. Then it turned out that the walnut just came out of dormancy very late. I never got around to moving the apple tree. Now it is too big. I had debated chopping off the walnut, since they are growing only about a foot or two apart. Now I will try your idea of raking up the walnut leaves. Maybe they can continue to co-exist peacefully.

Maybe they can continue to co-exist peacefully.

I’m not an expert, but from what I’ve seen over the years it’s really the black and whites that need space. Black especially. Lots of people have carpathians as their main landscape tree of the front yard. It may in the end get the better of your apple, but I think it will be while if it does. Most likely it will be lack of sunlight.

Black walnuts have such competitive root systems that it is difficult to separate water deprivation from juglone poisoning either anecdotally or even via research, I believe. I know I had peach trees repeatedly die near a couple of cold hardy walnuts and assumed it was poisoning at first, but then read that only black walnuts have a high amount of potency. What I’d also noticed was how very thick the soil was with the thin black roots of the walnut trees (they are physically very similar to black walnut roots). The roots really take over the soil.

I finally figured out that I had to cut a trench around the peach trees in spring every year to keep them vigorous. That would probably also help with black walnuts. You could experiment with lining the trench with plastic sheeting and refilling it, although you have to make the trench very deep to slow the B. wlnt roots from submarining the plastic in short order. 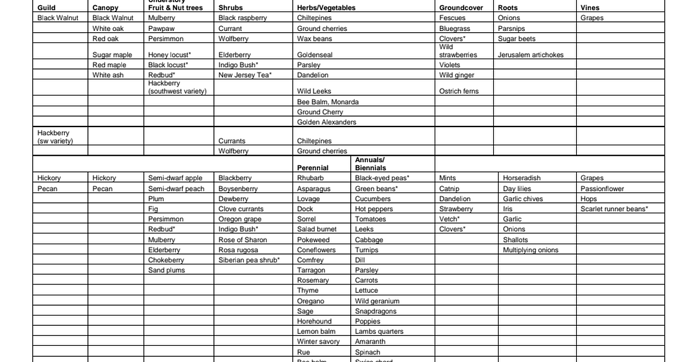 I’ve posted this on a few different related threads. I found these guilds online.