LOL, it’s Joe but that’s OK. Here’s more from memory, which means that it is approximate and maybe unreliable . . . .

The first PCNAs were found in Japan, maybe 500 years ago. Until 100 years ago, there were only a small handful of known varieties, something like 12. With the accumulation of sports and cross-breeding within the PCNA group, that number is now up to 100 or so.

This is important: There are no Japanese-type PCNAs anywhere in the world that did not develop from trees that originated in Japan. All the Korean names derive from Japanese imports during the Japanese occupation. Same for the Eastern European variety, Chinebuli.

The conclusion that some Japanese PCAs carry the PCNA mutation comes from studies of crossbreeding. SOME Japanese PCA x Japanese PCNA crosses produce too many PCNA offspring for the PCA to be homozygous for astringency. This heterozygosity should not surprise us. If the NA mutation appeared randomly in the wild, it would have taken cross-pollination (in-breeding) over many generations to produce a wild PCNA that is homozygous for non-astringency. Meanwhile, the NA gene would have spread.

Recently, a few Chinese NA varieties have been discovered with a totally different mutation. This mutation is dominant. NA varieties seem rare in China, so presumably the mutation is relatively recent and has not spread far.

That’s all you needed to say. I APPRECIATE IT.

Glad China found some new ones.

I’ve updated the list of hardiness and flower type(s) above to include:

Dr. Kazas - a seedling of Nikitskaya Bordovaya of Jerry Lehman, IN. USA.

The last pieces I can share are: this text from Jerry Lehman via email:

Forcing all my inground hybrid persimmons to go into early dormancy by stripping all the leaves now and will dig them up for transplant in late October because the new acreage home will be done in late February for the move but the ground still frozen here and I won’t be able to dig them up at that time. 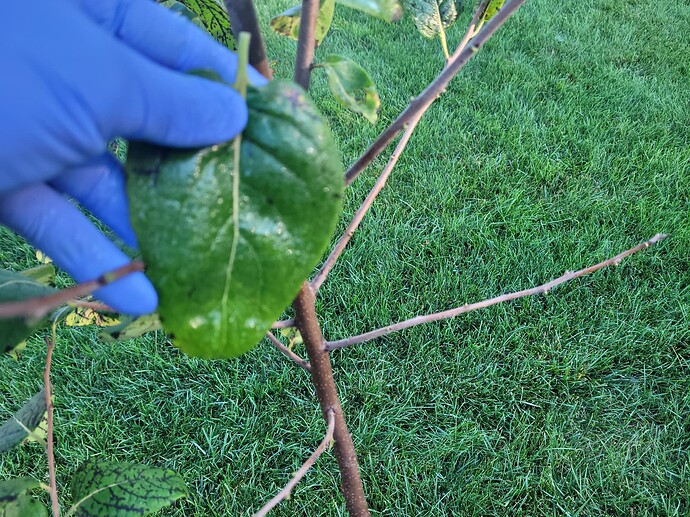 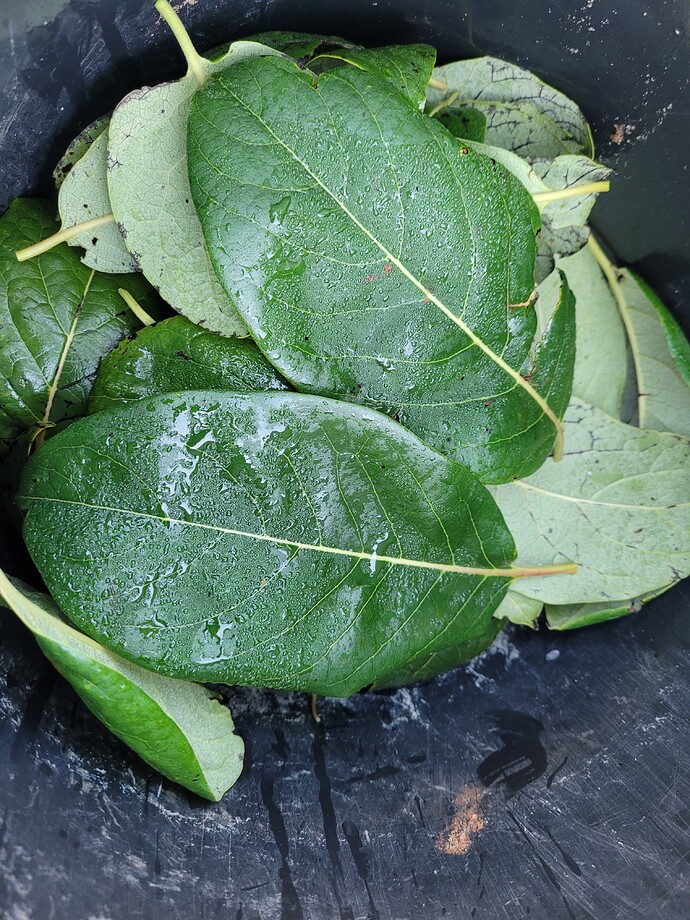 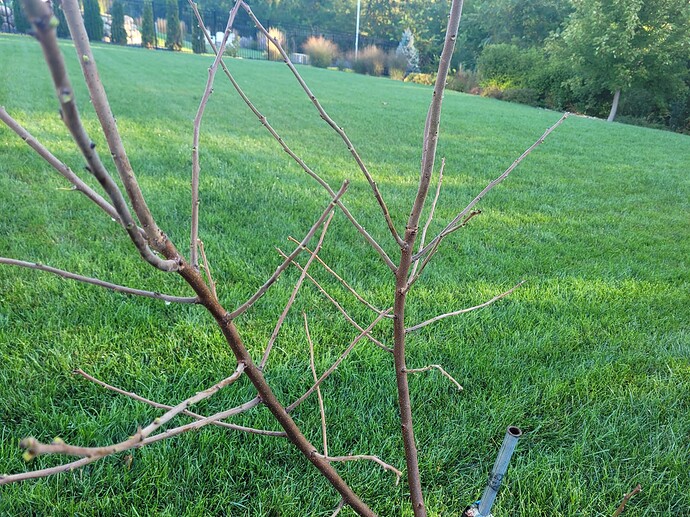 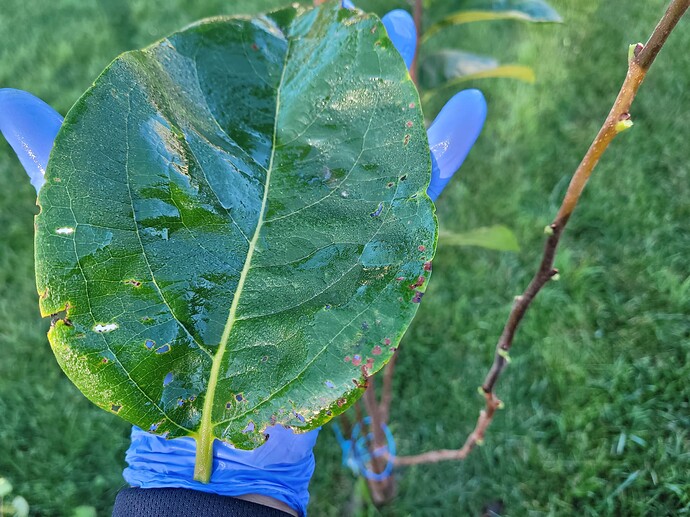 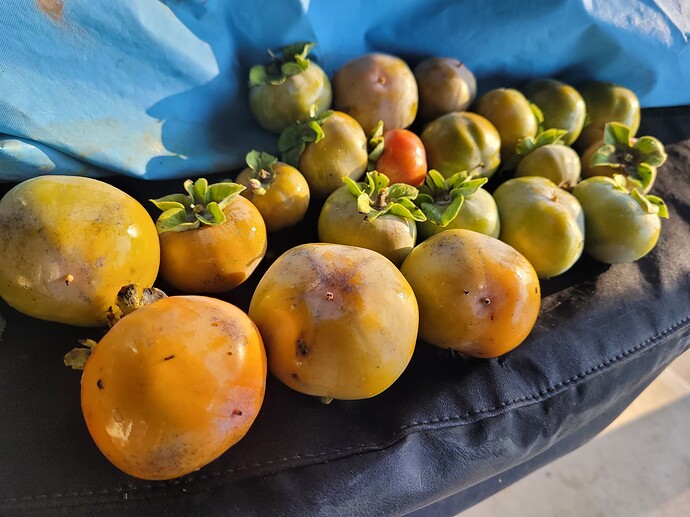 This H-120 fruits are huge. Hopefully the offsprings of these seeds with Nikita’s Gift parent will give an large awesome fruit. 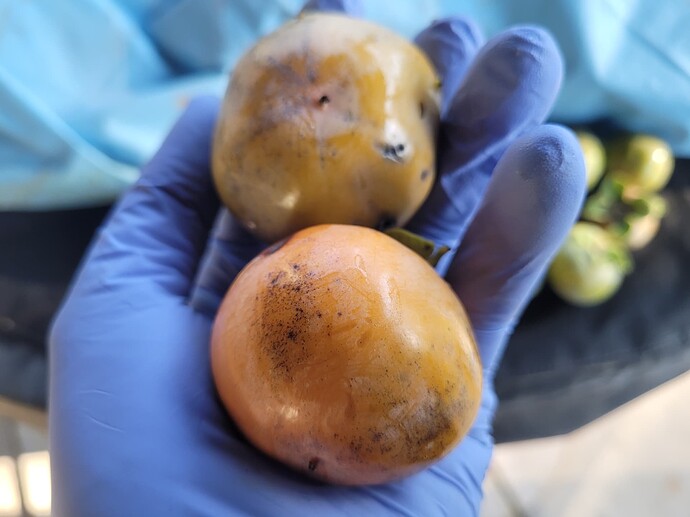 Just collected some hybrid persimmon seeds and some paw paw seeds that I crossed Mango pewpaw with Kentucky Champion pawpaw seedling. I have a feeling that this pawpaw hybrid fruit will be huge considering the two parentage. 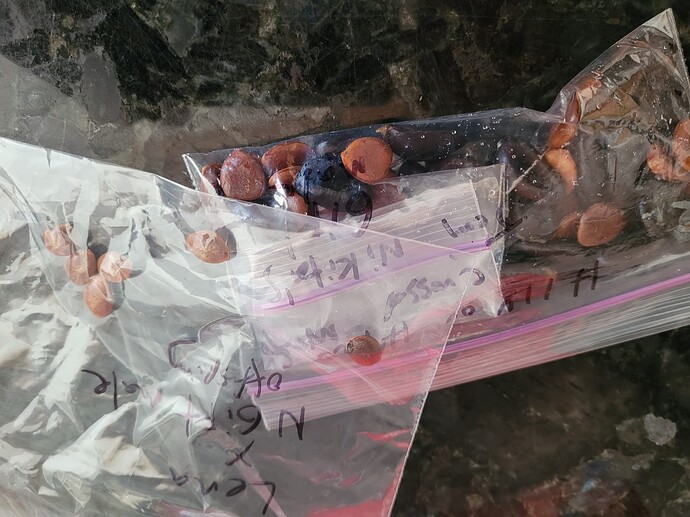 Got these photos of FB. Interesting to see the comparison of all the persimmon varieties. 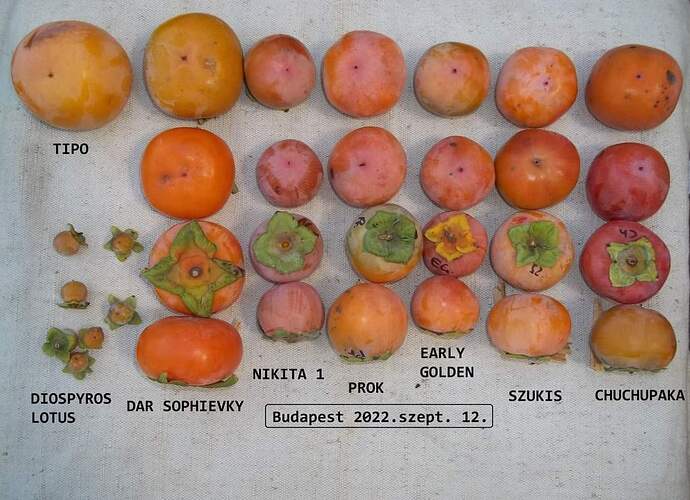 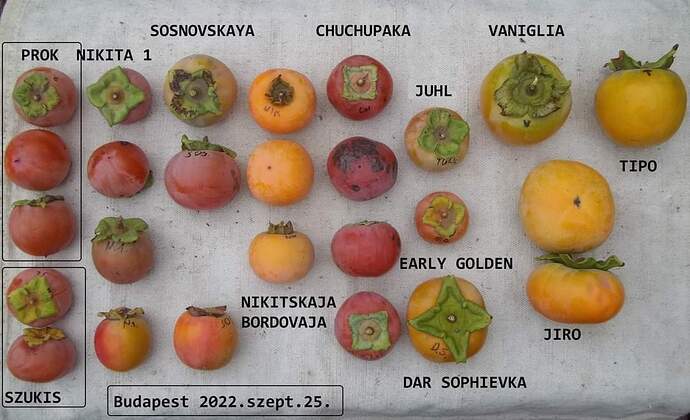 Diospyros 400-9 ( a seedling of Rosseyanka from Jerry Lehman ) is a very nice fruit and very large however sustained winter damage at The Lehman Orchard near Terre Haute IN during 2022 when temps didn’t drop below O F ever… This is for your information via Cliff England (9.27.2022). He’s been to Jerry’s 4x this month. I asked him about Dr. Kazas and he never knew where it was located. Luckily it’s an easy one to remember/find. Hopefully Clifford will get some information another year or maybe this year as it was completely dropped this same time 2017.