Is this a serviceberry?

I found these berries growing on small trees planted near Temple Square in Salt Lake. I tasted one of the purple ones and it was delicious. Now I want to know what it is so I can plant some!

I think maybe it is a type of serviceberry? It was juicy and sweet, not mealy like the serviceberries I have tried before. The seeds were chewy. 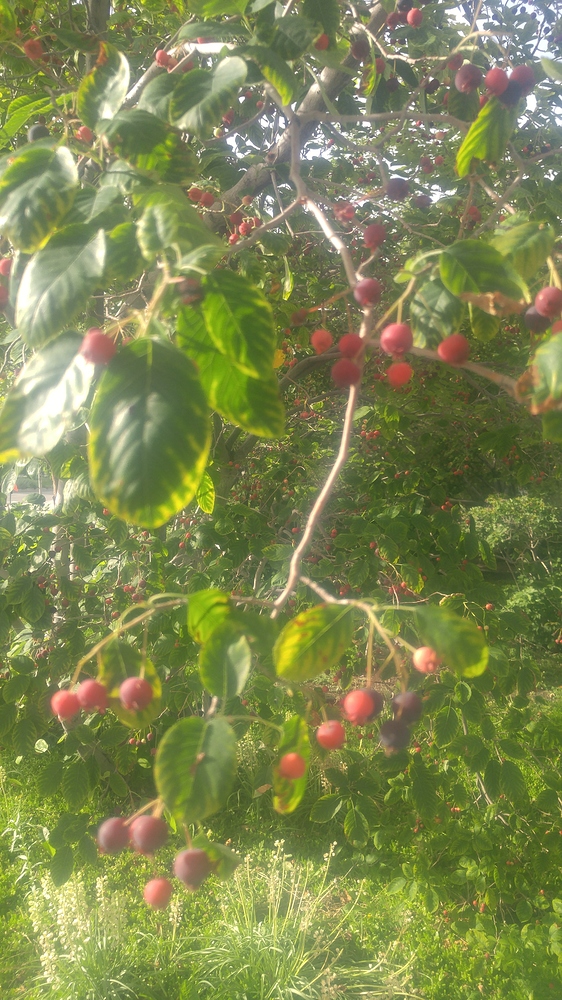 Close-up of berries and leaf 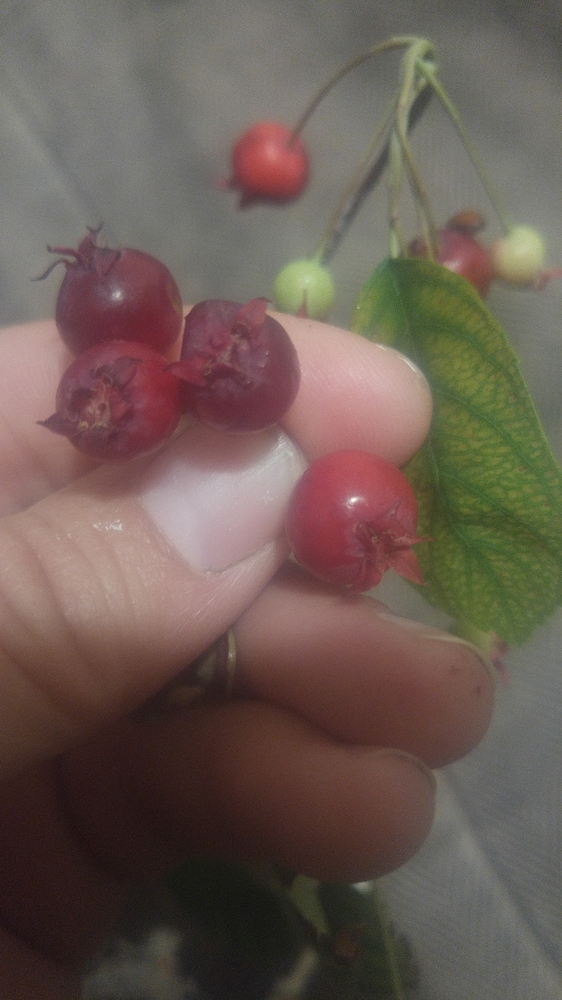 Yes it does appear to be. Did the one you ate have a slight almond taste? If the seeds taste a little like almond its a serviceberry. 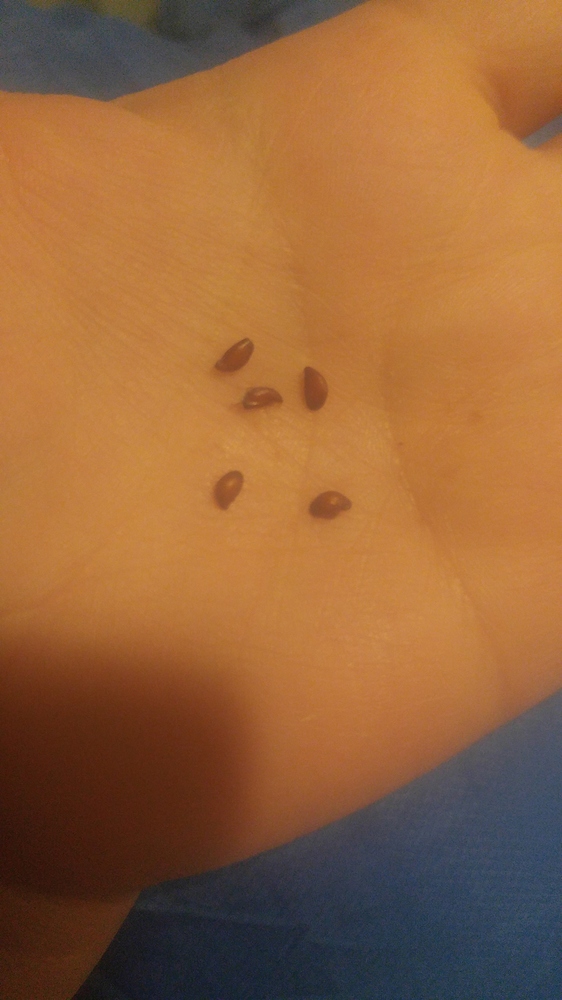 Those are serviceberry seeds

Ok, just tried a couple of seeds by themselves and yes they are almondy.

I think I’ll try planting the rest. Wish I knew what variety of serviceberry this is because the fresh berries are really tasty.

Definitely looks like a serviceberry. They are delicious. They are planted in parks in my town, and no one touches them- likely bc they’re afraid to try a red berry!

Probably the case, So-Cal-Mike. I am used to serviceberries, including Autumn Brilliance–the picture is not that one. Probably the Utah one. We have amelanchier Canadensis, amalanchier lavies, and hybrids. And I’ve obtained and grown amelanchier alnafolia from Montana.

Juneberries, serviceberry, sakatoons, shadblow, etc etc are names for these bushes with those seeds , colors of fruits , leaves etc but they do come in all shapes and sizes as seen here Juneberries! and here Saskatoon/Juneberries - cultivation and varieties

I was wondering if it is the Utah variety; could be that that whole area was native plants, it kind of had that look (wilder, not like the manicured flower gardens).

i have a western serviceberry i got from rolling river. mines in full sun and the berries are almost black.

Can a serviceberry grow from seeds?

Sure, Ruben. But it’s a slow grower…how many more years you expect to live?

take and root some cuttings. much quicker.

Are you asking if the seed will sprout, or if it will be true to type?

Not having grown them, I’m sure under the right conditions they would sprout and grow. The seeds may need to be treated in some way, ie: scarified or cold stratified, etc.
…as far as coming true to type I have no idea, perhaps someone with experience growing them to adulthood will chime in on that.

The reason I ask is because I would like to have a serviceberry and I was hoping to get some seeds from someone or to buy them from some source. I haven’t seen a serviceberry tree near where I live. IMO they would be like blackberries or mulberries that they grow every where thanks to the bird droppings and can be true type.

Now as far as how long I’m going to live? No body knows that but at least I know I’ll be leaving a fruit legacy for my family members after I die.

I feel the same about things I grow from seed, I like the idea that others will enjoy the trees long after I am gone, and also that it will be genetically unique, and maybe, just maybe it will be an interesting variety in it’s own right.