Love Juneberries since they are second ripening only to mulberries! They ripen around the same time as many tart cherries. Anyone else picking juneberries? 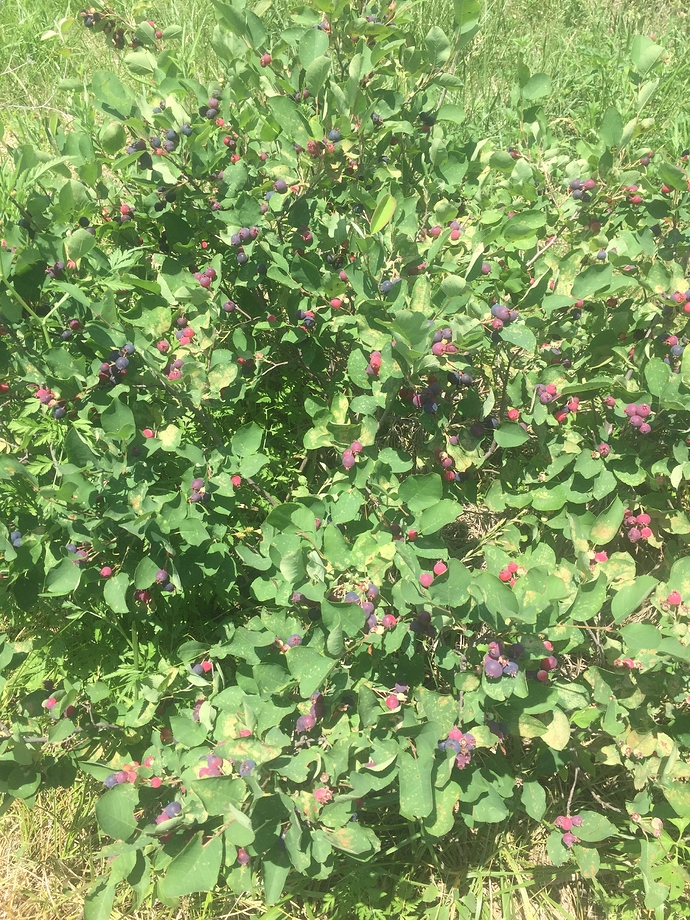 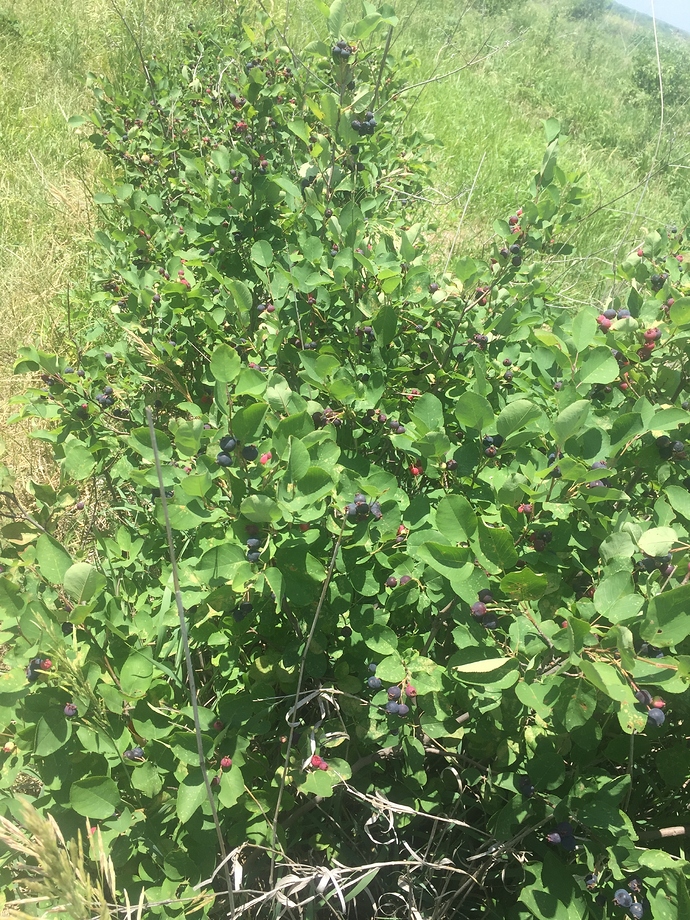 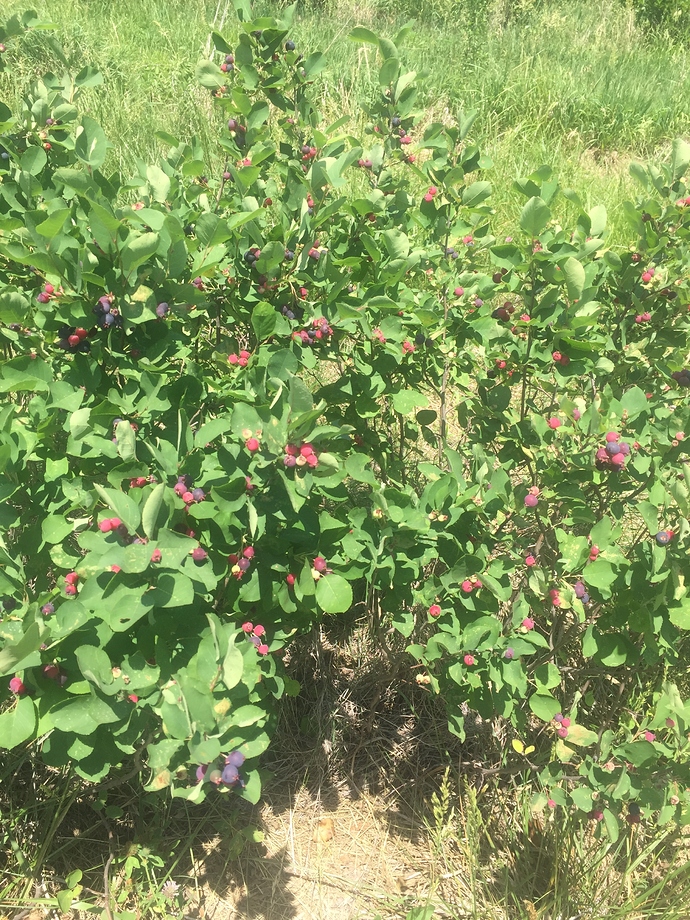 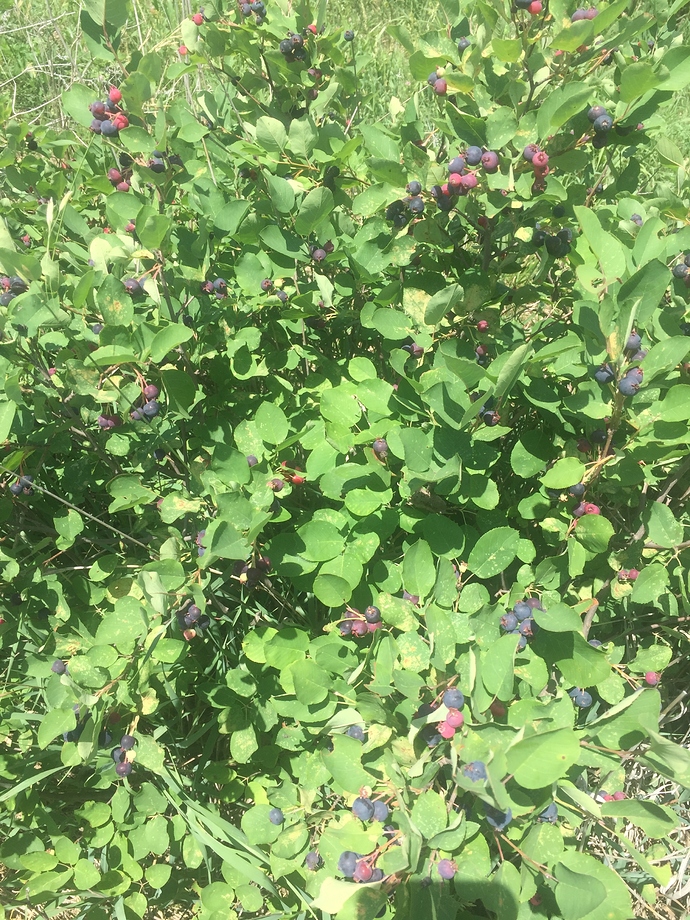 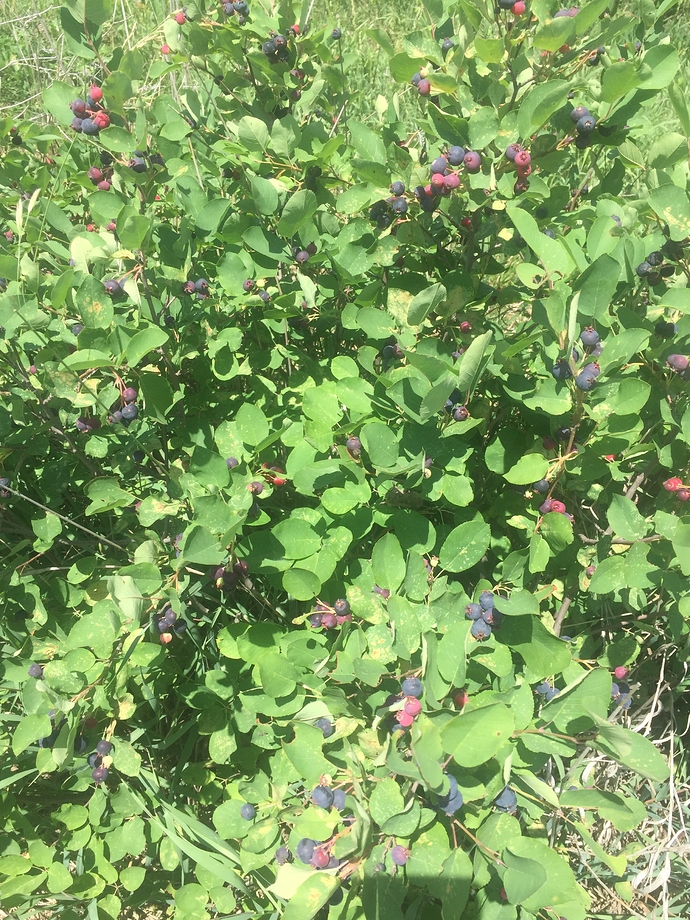 Are they similar to what we call service (sarvis) berries? They almost look like, but they look a lot like hucks, too.

The birds ate ours.

They are the same thing as service berries aka Saskatoons.

There’s an office complex near me that has been landscaped primarily with juneberries. I take my kids there for some free pick-your-own.

The birds do love them! That purple color brings them by the dozens but my birds are busy with eating mulberries.

I have one small plant Northline with only about a dozen berries. I look forward to them in future years. I’m adding mulberries and maybe the birds will leave them alone. I had to net my honeyberries they discovered them already.

You are lucky. The birds cleared out my tree in 2 days. Debating getting rid of it since I will never get fruit from it.

You can always net them. We have falcons, hawks and other predators. Bird numbers never get overly high. Birds are the least of my problems since I have around 100 producing mulberries planted in the fence rows to keep them busy. I don’t harvest many of the mulberry fruits because if I ever do they turn on my cherries and juneberries. I can throw down a tarp and shake the mulberry trees but when I do it’s war. Everything is in balance now because I encouraged those female mulberries. Some mulberries I sex changed from males to females. As long as I keep it this way with plenty of mulberries there is peace here. Why start a war with anything when I can live in peace with everything? Nothing lasts forever but for now I’m reaping what I sowed.

They’re called serviceberries because “up north” in the old days when a person died during winter the serviceberry going into bloom told the folks that the ground was diggable.

That cracked me up… I must be tired already!

I once went to my local county extension agent and had a visit about blueberries. He pulled my place up on the computer complete with soil type, topography intel and all that stuff. Turned to me and said “…you probably live in about the absolute worst place in Harrison County to try and grow Blueberries…, you ever think about Serviceberry”? Then he went to the kitchen and got a jar of jam he’d brought to work, and put some on a cracker for me to taste.

I abandoned my quest for Blueberries and ordered in a couple Juneberries.

They sat here for a few years and whatever fruit they made was a JB magnet. I had to pull them for my metal building, but wasn’t heart broken over it.

Now I have some Blueberries in a raised bed this year, so we’ll see…

My mother came out and picked gallons today! Did not come close to picking all of them! 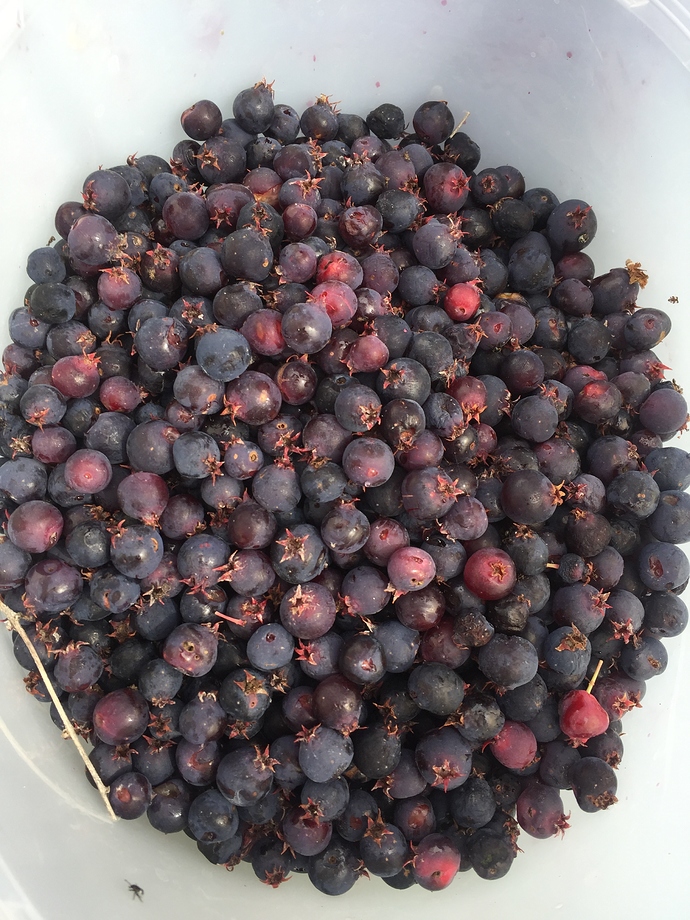 4 sizable apple serviceberries that the kids and I planted at their new elementary school 18 years ago were bearing heavily 4 weeks or more ago… stopped by and picked a half-gallon… meant to go back, but didn’t make it by. The birds clean 'em out pretty quickly once they start ripening.
Was in Terre Haute, IN 2 weeks ago, for my nephew’s HS graduation… saw heavily-laden serviceberries all around town, in parks, on commercial lots, street corners, etc. Couldn’t get my BIL, who was driving, to stop and let me pick any ;(

Saskatoon-types (A.alnifolia/stolonifera) don’t do nearly as well here as the Allegheny and apple serviceberry types, but I do have some that are over 20 years old… birds get almost all of those, as they’re well away from the house.

I got one on my pretty large ‘Autumn Brilliance’. Last I checked they were still green (10-days ago or thereabouts) but now they’re all gone.

Mulberries are ripe though.

Ive got a pretty good load on my smokey bush this year. Gonna be 2 weeks or so till they start to ripen tho… Nice pics!

I had some pretty intense black knot on my princess Diana juneberry this year. Had to prune it way back to save the tree. Hopefully this isn’t a reoccurring issue.

How does autumn brilliance compare to other service berries? For example smokey? I just tried some autumn brilliance off a tree for sale and thought they were awesome, not bursting with sweetness but still great. I did a bunch of research on these a year ago and was turned away as most people dont seem to care for them much. Trying to decide if I should pull the trigger on this tree or if there are better varieties yet? 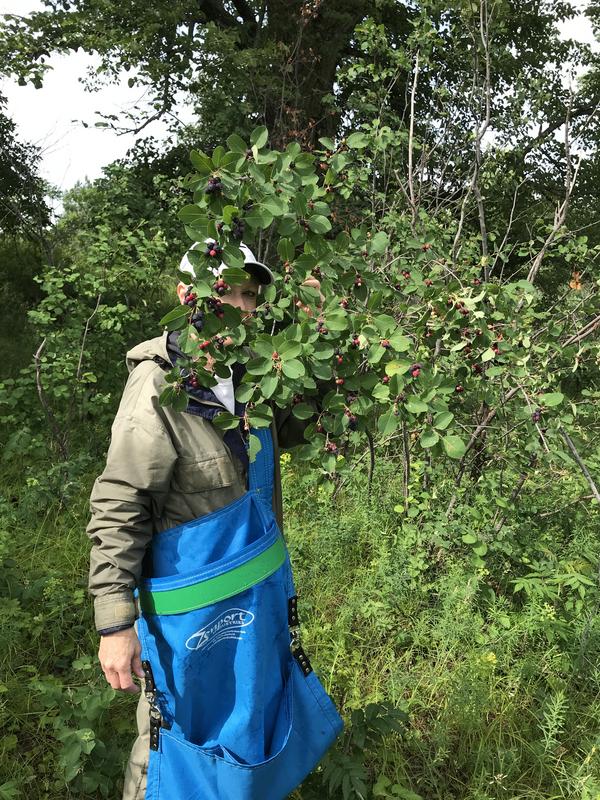