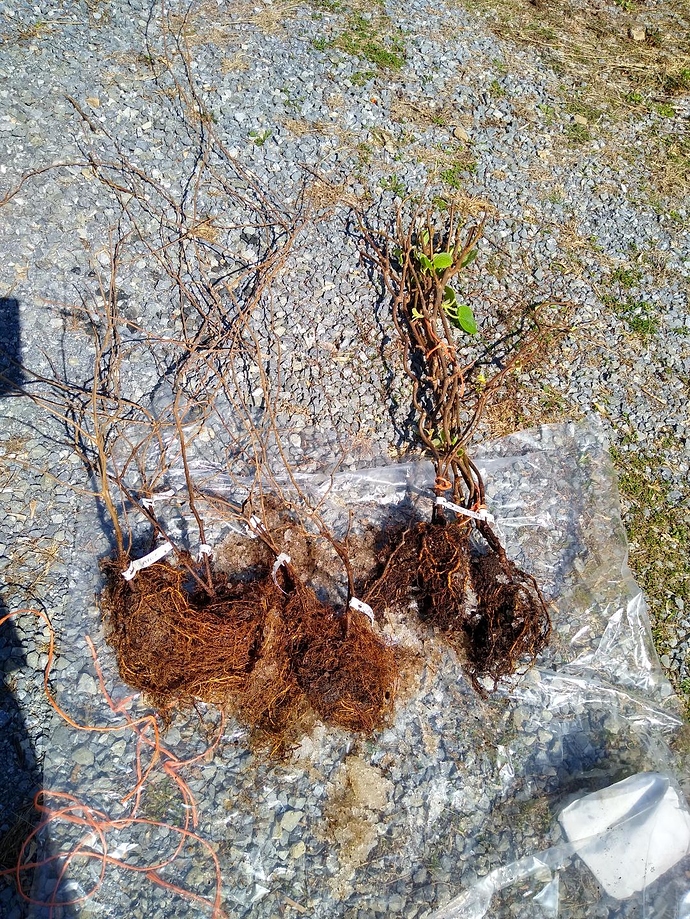 Well, anyone that has kept up with my reviews knows I’m hard to please. Have to admit Ison’s did not disappoint. Especially the extra thick and large fuzzy kiwi. Their first year with it and for the price looks pretty nice.

Conclusion- 95% satisfied. The fuzzy kiwi roots were a little chopped and kept them from a perfect score.

Thanks for posting this. It’s helpful to see these reviews, especially for someone like me with less experience ordering from different shops.
The kiwis look nice!

Their muscadines can’t be beat. Their trees are good. If there’s a problem it will cost YOU for a replacement. I no longer order from them due an experience I had with a tree that never woke up.

Those muscadines look better than the ones I got from them. It was several years though. I bought a PaulK this year, will see how it looks. I want to replace my Ison with it.

The paulks are being sold in the pot. I bought an isons. Hope I don’t need to get rid of it later as well. I downed it a little on the phone with them and you should have heard their reaction.

My paulk arrived today. A bit knocked around in transit and it would have been nice if they did a better job packing the top of the pot to keep soil from being knocked out. But overall I’m happy. It isn’t huge, though certainly as big or bigger than I expected from the description. My bare root order from them comes tomorrow. 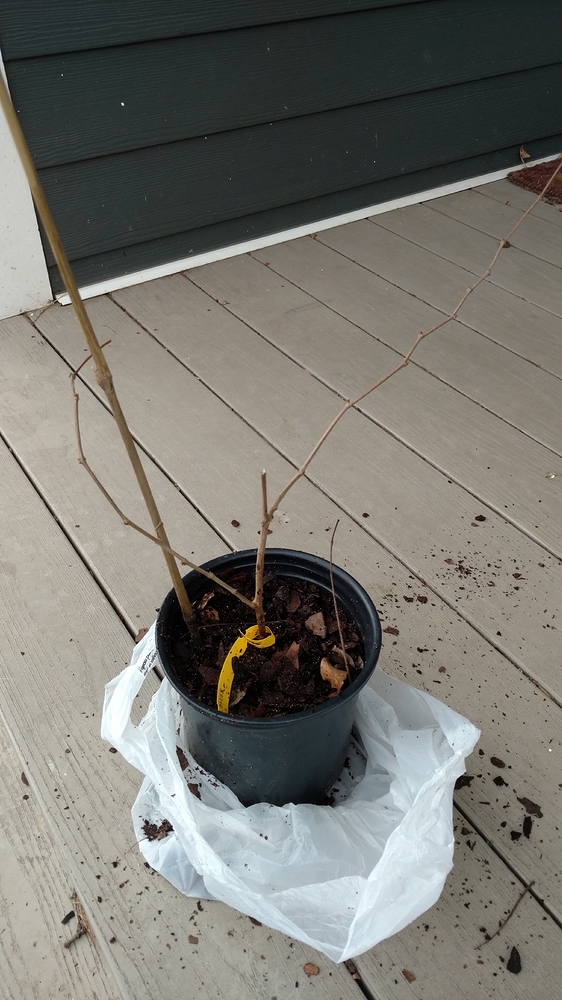 Got my ISon’s shipment today.

It was in a 4 foot triangular priority mail box. The currant and I think raspberry look good. (It’s cold and windy so I left them wrapped). The tayberries and marionberry were in plastic zip bags and we’re loose and rolling around the box when I opened it. 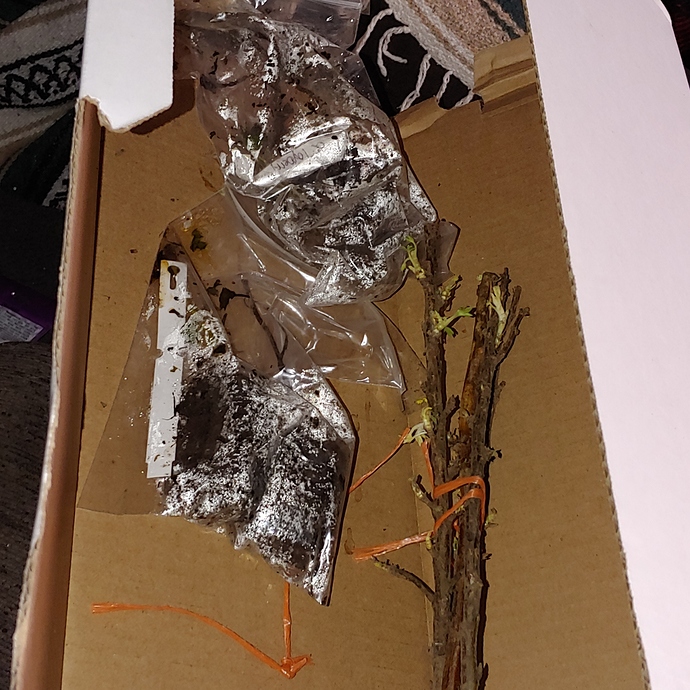 These are the tayberries: 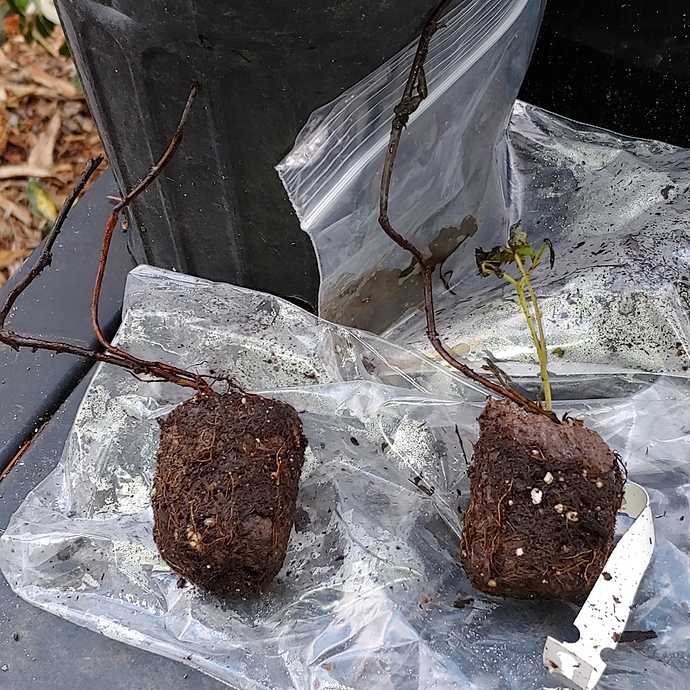 This was the marionberries (see the trowel for comparison, these were bigger than the tayberries) 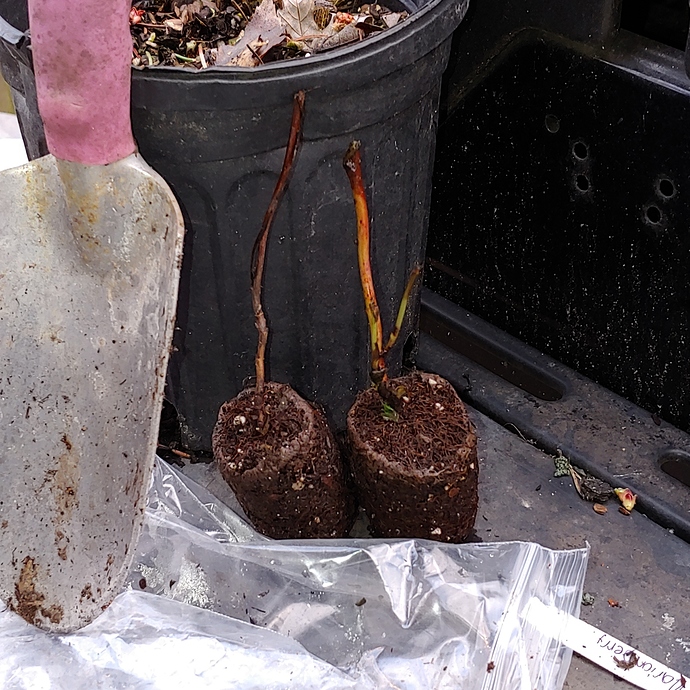 Funny to hear about Michigan Bulb again! I just ran across one of their old ads on the back of Parade Magazine while we were cleaning out junk. I think just about everybody ordered once, and probably only once, from them! But I think we still have a couple of tulips from them that we planted. Took forever to grow up and bloom.

Last year I ordered a Jujube tree from Ison’s and was very happy with it.
It looks like yours have good roots at least.

What day did you order? I’m currently waiting for some cherry trees and honeyberries from them. Just wondering about shipping times.

Post some picts of the trees. Wanted to get one myself. Give them a call. I found with all vendors if you want it now you have to tell them now.

I ordered from them on Jan 30th.

Nurseries generally ship based on geography, not order dates. I’m in zone 6b. 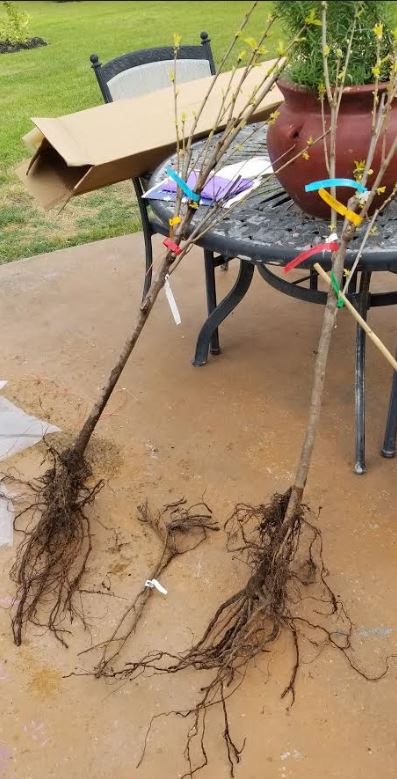 I received my order today (which was a gift for my husband). I ordered (4) 4 in 1 cherry trees and (2) honeyberries (Blue Moon and Blue Velvet). Of the four cherries, two each were the same but all of them had Montmorency on them. The other varities were Bing, Van, Lambert, and Lapins (but I didn’t pay attention to which 2 trees had which varieties). I am really impressed! First of all the items were a real bargain for the size that I got. Secone, the items were also very well packaged (it even had some type of substance like Soil Moist on it’s roots). And the shipping time was what I would call acceptable as well. I would not hesitate to order from them again. 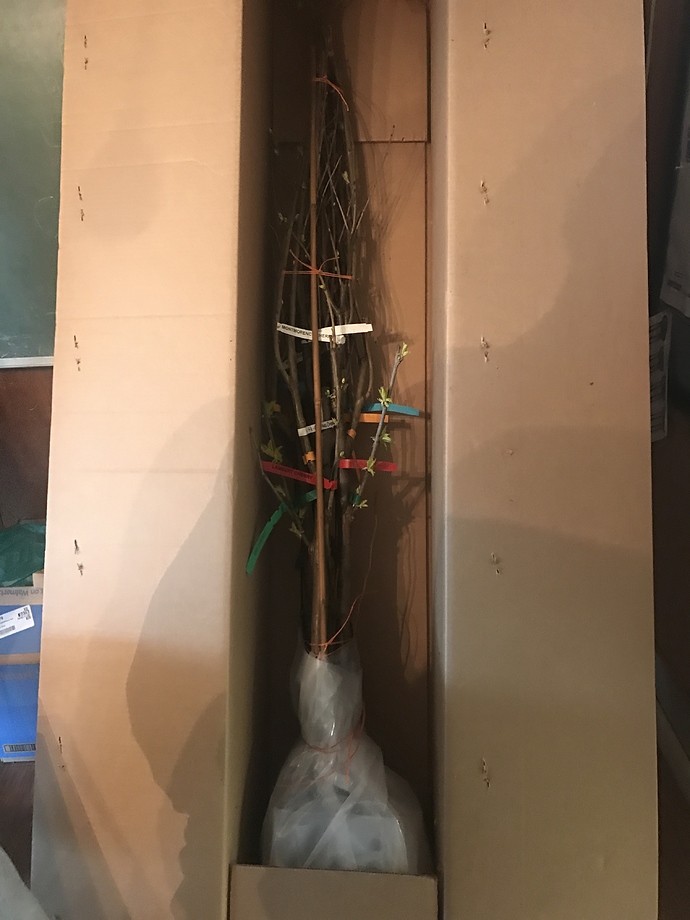 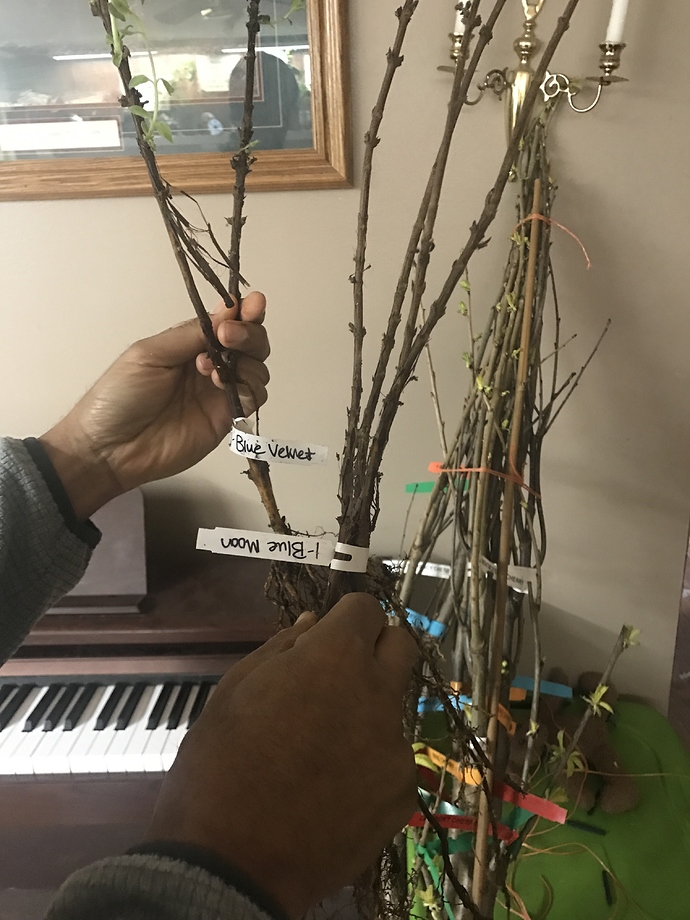 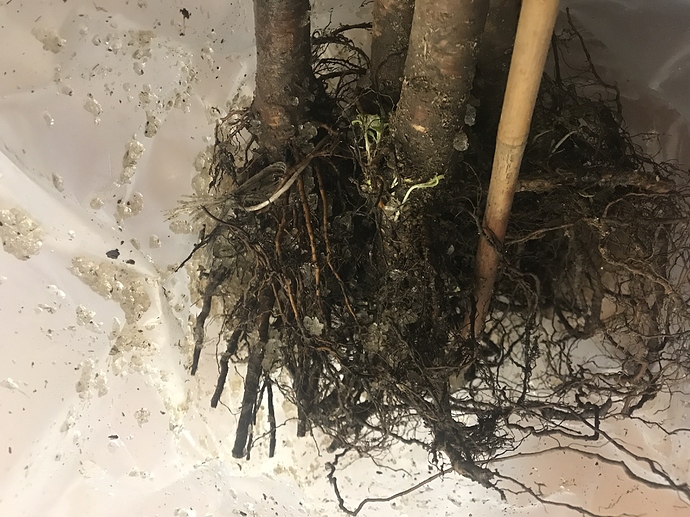 I eventually put in a request for replacement of the tayberries. (I actually should have done the marionberries as well as they have also not done well).

I received a verification of submitting the request for replacement, but have not heard anything else from them.

The rooted plug were planted with the honeyberry “liners” I received a week before the ison berries. The honeyberries have done excellent (though one was dug up by a squirrel(?) and had to be nursed back to health). None of the plugs from Ison’s ever even pushed a single sprout. I also received a clove currant from them that has done excellent.

I’ve been very happy with muscadines and blackberries from Isons.
I even got a bonus free blackberry by accident.
However, a few days ago I ordered Tayberries from them - I hope I have better luck.

Can anyone report on Ison’s persimmons? Intact taproot with feeder roots?

Isons is fine but their I/O instant orchard trees are underwhelming and in most cases a rip off. I have ordered from many nurseries and the instant orchard from Isons is actually smaller than regular trees from most other nurseries. $60+ for IO vs $29 trees from reputed nurseries. The $29 trees have thicker trunk, better branching and overall vigor than Isons. Stay away from Isons IO fruit trees. Not worth it imho.