Izu persimmon - worth it?

Izu seems to be one of those trees that eludes me. Failed grafts. Purchased tree died. Scion wood in bad condition come grafting time.
I’m growing a number of Asian, American, and hybrid persimmons at this point. And starting more. Including other PCNA Asians like Jiro, Fuyu, and Suruga.

Should I just let the dream of Izu go? Or should I keep trying? Is it worth it?

Why not try something else super early? 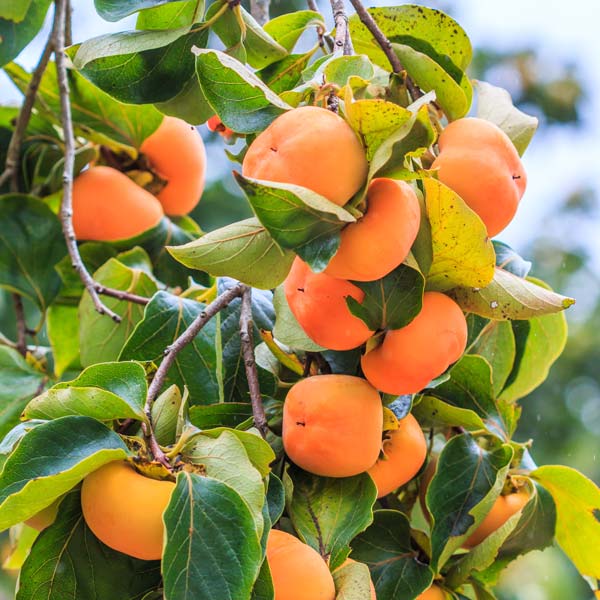 Several folks on the board are trying this one.

Interesting. They won’t ship trees to me in California though, due to an agricultural quarantine. And being trademarked, I’m not sure about grafting it. Probably ok if I just call it by it’s Korean name, I think.

You can graft it, just can’t sell it as ‘Cardinal’.

I had read in the past izu can be inconsistent in cropping, but perhaps in California it would be fine.

When I purchased an Izu from a local nursery, the nurseryman told me it can be hard to establish. The graft union never looked great. I wonder if it often struggles on D. lotus. I had intended to graft to kaki & virginiana this year.
It must be fine on lotus sometimes. But mine never looked terribly happy and it’s pretty much the only casualty in my orchard.

Tell me if I’m wrong, but I believe that Cardinal is out of stock at OGW.

I grew Izu in California. It was the most boring Asian type persimmon I grew. It was also the only Asian persimmon that died.

I hope its worth growing, I’ve gone through a lot of effort to get it. I imagine its appeal is greater for those who need an early ripening cultivar.

My first tree was from Burnt Ridge and they say its a Dave Wilson tree, so presumably on Lotus rootstock. Mine ripens late and doesn’t have the right shape, probably Jiro. I’ve grafted Izu to it, got scions from Fruitwood Nursery, and the grafts are doing great. I also did a backup onto my Fuyugaki - possibly with Coffeecake in between (also backed up on that tree).

My Cardinal is one of my few commercial trees that didn’t survive its first winter. Also the smallest commercial tree I’d received - sold at full price. I plan to graft Jo Choo. or whatever we call Cardinal when someone can share some scion wood with me. I’d rather graft to an established tree, than try again to establish on of their tiny Cardinal. Plus it can be hard to find spots.

Right on. Maybe I just focus on all the others for now. Plenty other persimmons out there. Thanks!

Provided that you already grow Ichi Ki Kei Jiro would you care to grow Izu as well? Comparing the two would be of interest to me.

Following and hope you get more answers. I have been trying to graft lots of different american and asian persimmon cultivars on wild american seedlings. I have two izu takes out of those attempts over the last couple years. Both look good so far but they aren’t old enough to get fruit yet.

@Harbin – My notes (from readings) have Izu as “very early” vs IKKJ as “early/mid.” So that’s a plus. But Izu is described as hardy to +5 F vs IKKJ at -5 F. I’d take the hardiness estimates as very approximate.

For me here, earlier would be nice but less cold hardy would be outright bad. So my answer to your question is No.