I planted this Honey Jar in Feb 2020 and now see some growth and flower buds.
Can someone tell me how long will it take from flower to fruit form to ripe ? 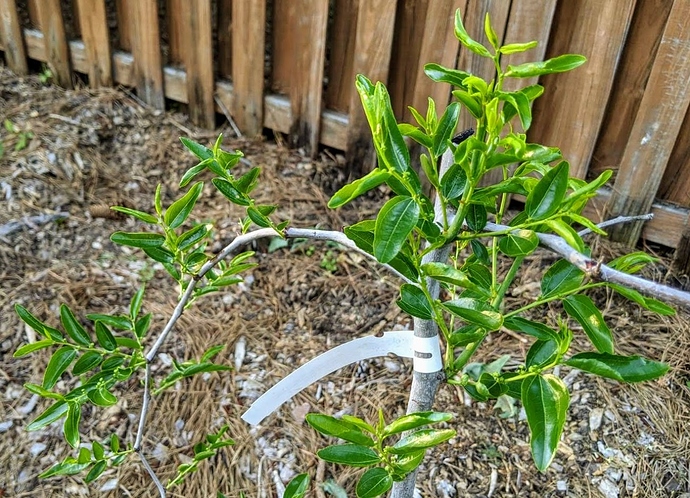 Re: frost vulnerability : I took some losses as well with a late frost too, though I was put in a bit of a pinch as I had put tubes around the youngin’s to protect from rabbits, but I think that pushed the buds out earlier than they would have otherwise, so the new leafs got hit at just the wrong time. A time I don’t think if I hadn’t protected, that they would’ve even been exposed. Most had enough energy to come back from the scion, but the others I will need to graft over.

hj is pretty good. In fact one of the most favored jujus, and seem to be quite cosmopolitan production-wise.

Ha! Between me, you, @mamuang, and @ross, we now have 4 pronunciations! hahaha. Very Funny. Looks like we may never know!
Others?

According to Merriam-Webster, ju-jube is the pronunciation used for the fruit or tree, and ju-ju-be is a fruit-flavored gumdrop or lozenge.

1 : a fruit-flavored gumdrop or lozenge, especially one that is made from the jujube fruit and has been used as a remedy for various throat conditions

2a : an edible drupaceous fruit of any of several trees (genus Ziziphus ) of the buckthorn family especially one of an Asian tree ( Z. jujuba )

b : a tree producing this fruit

@k8tpayaso,
I used to pronounced like the way you did until that video. I figure that reporter must know how to pronounce it correctly.

All my Chinese friends call it “zao”.

Naeem,
I think my jujubes bloom around the end of June and ripen the 2nd week of August. Honey Jar and Sugar Cane ripening time overlap each other. Average 3- 3.5 months from blooms to harvest, per my notes.

You’reright 9.5 out of 10 people who check out my jujube trees asked “What’s that?”

The only one who know because his brother in CA has sent them to him every year. He knows about a lot of unusual fruit than an average folk around where I live,

I didn’t lose any jujubes this spring…Pulaski County.

Honey Jar graft I did few weeks ago leafing out. Thanks mamuang for the wood. I did sort of a side graft. 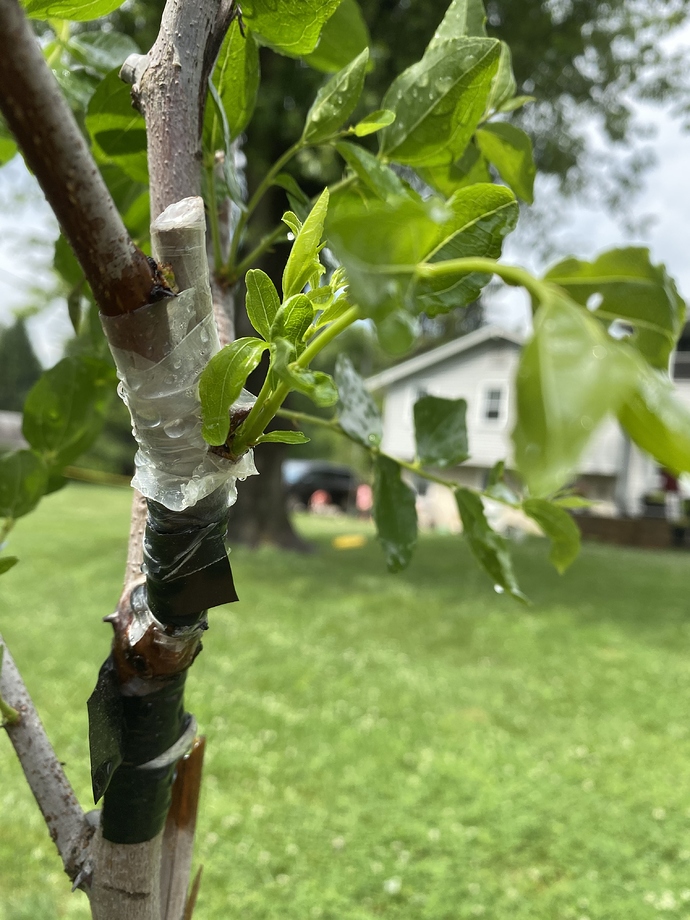 HJ did not do well for me in the California central valley. The trees did not seem to enjoy the high temperatures and lack of humidity. The fruit would often start drying out before it even ripened. HJ fruit is small but Black Sea also has small fruit and it had no problems at all in California. So far my one Honey Jar tree in a pot here in Missouri seems to be doing much better than HJ did in California.

did not seem to enjoy the high temperatures and lack of humidity.

i have both at extreme ranges but for some reason our hj’s are doing ok. Makes me wonder re: intangible requisites by hj

I think there is definitely something intangible that we have not yet figured out about HJ. It was the first to leaf out and flower here, but it wasn’t that early in California.

HJ in my yard is very good, sweet and crunchy, just the way I like it. I can eat them by kilos.

Li2 has finally leafed out. It took a lot longer than 4 other varieties grafted at the same time. Thank you for the scion…

Looks like you were right, Tony. 8 out of 10 grafts I made are showing green buds popping out. Too soon to call this success but I’m very optimistic. I’m very pleased since I never grafted Jujube before; the grafts were very ugly, because the wood is so hard! 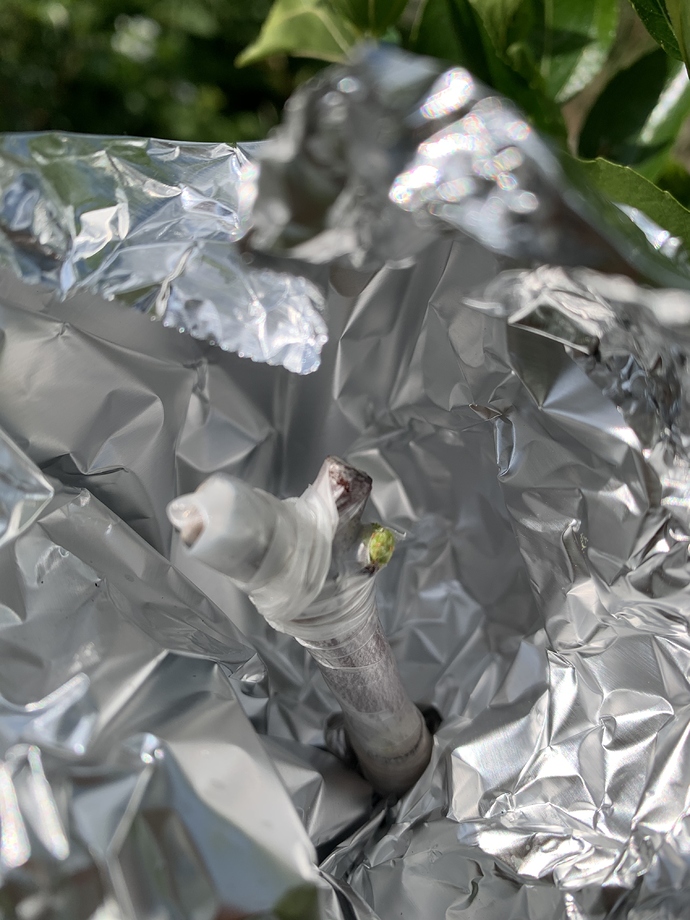 I have this Li jujube tree planted last fall. It was a 7-gallon potted plant. Now it’s blooming like crazy and setting many fruits. There are new Sugar Cane and Ant Admire grafts on it with which have also been blooming. I believe these have helped to increase fruit set.
Since the tree is still relatively young, my question is should I thin the Li fruits? 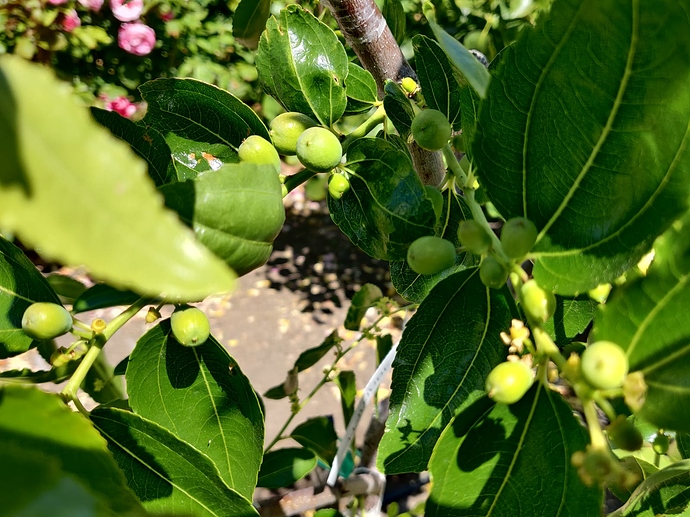 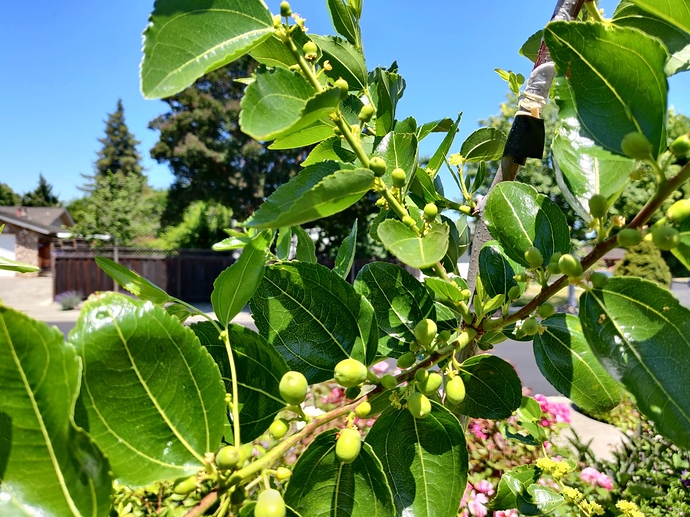 It even has a sucker which is also blooming and seems to have started to set fruit.
I’m planning to remove this in winter to use as rootstock. 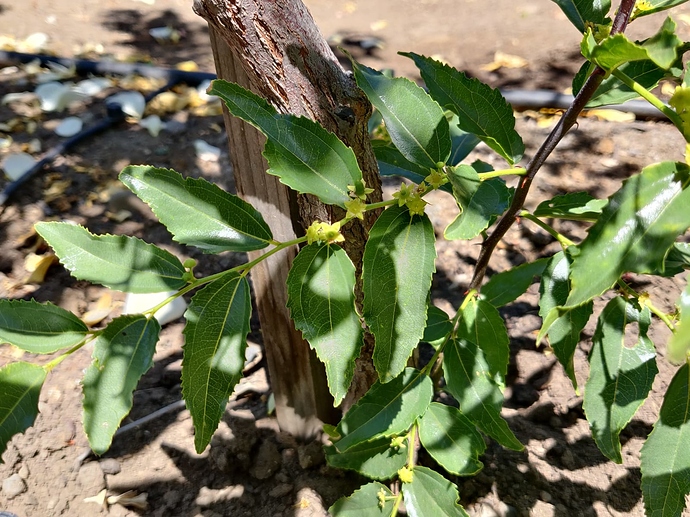 I never thin jujubes even on a young plant. Others may do it differently.

Please let us know how your Li tastes. I grafted a Li 2 from @castanea this year. I hope I can try the fruit next year. I love Sugar Cane as much as Honey Jar. The fruit is also bigger than HJ.

I have never thinned jujubes. Jujube trees know exactly how much fruit they can handle.