Does anyone around here recognize this disease on my pear tree, or what to do about it 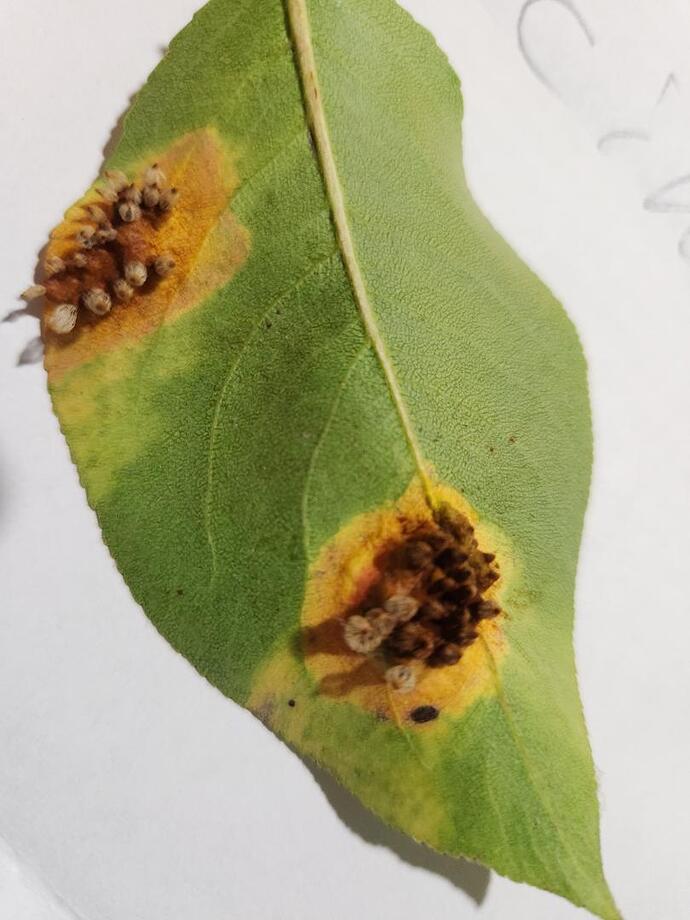 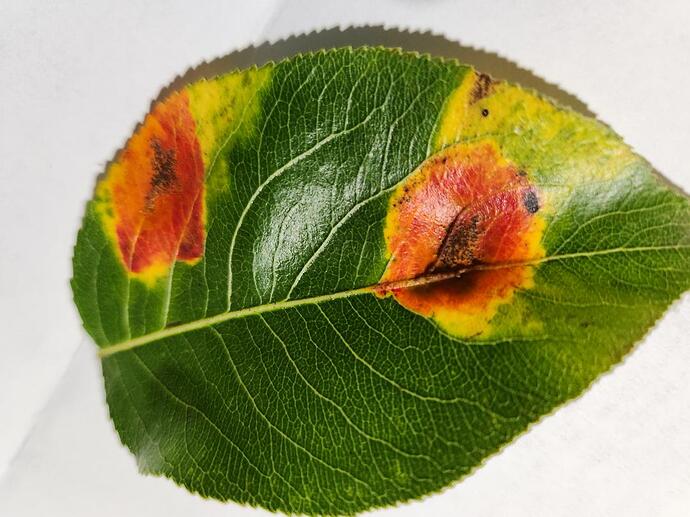 You have pear rust its not easy to control. If it’s trellis rust it should not damage your pear fruit. It showed up here a number of years ago

There is a problem this year I don’t normally see which is pear rust. Seen similar posts on other forums which may imply it’s worse this year than others. If you grow as many pears as I do you are likely to see it all at one time or another. Rust though unattractive and inconvenient is a minor thing in comparison to fire blight. I will remove as many of the rust infected leaves as I can as they show up and spray with a fungicide. These were a few of the problem leaves. As a side note and the…

Thanks Clark. I figured it was fungal, as it seems to be leaving a spore print.
John S
PDX OR

Perhaps Google was not much help, as it shows the same type images for pear+leaf+galls.