I have been using copper the last couple years but I am thinking if going to sulfur this year. Dormant for stone and pome, and cover spray for pears. Which sulfur are you guys using and at what rate? Are you using just sulfur (ex. Hi-yield) or lime sulfur for both dormant and growing. Here is the lime sulfur I am thinking if getting, but I’m not sure of the shelf life.

https://www.keystonepestsolutions.com/lime-sulfur-5-gallons-388
Obviously I need to hurry up and get something ordered, I have plenty of copper and hi yield sulfur, but not lime sulfur.
-nick

The product you linked is what I have, but I haven’t used it yet. Have you checked Scott’s schedule?

These days I mainly do lime-sulfur/oil as my delayed dormant spray… and that’s about it for sulphur. I have a big bag of Kumulus DF dry flowable sulfur which I sprayed in the growing season for many years, but it is a pretty weak disease control and requires a great many sprays so I called it quits a few years ago and switched to synthetics. I still have half a bag of it gathering dust.

This thread is great! I have always used just dormant oils only. There was one last used that was called “summer oil.” Should I be planning to spay the new scion wood grafts in the garden before leaf this spring and then again in summer?

There was a thread last year, I believe - that recommended using this pet dip - at a greatly reduced rate - for garden use. I couldn’t find the info. Can someone say ‘yea’ or ‘nay’ about this? 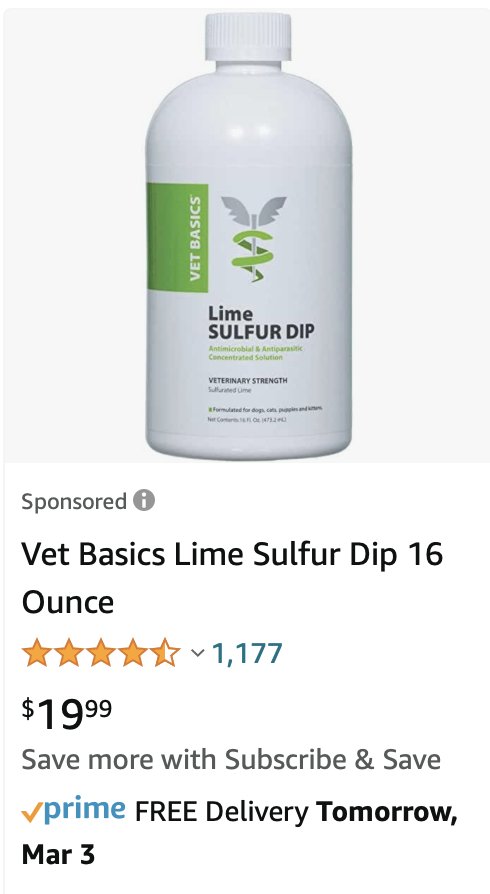 I thought about trying that stuff too. I would base dosage on the real lime sulfur spray and compare concentrations. Lime-Sulfur is a 28% concentrate of Sulfur Polysulfide. This vet stuff is 97.8% Sulfurated Lime Solution. Which I believe is the same thing as Sulfur Polysulfide (OK, I did some research it is EXACTLY the same thing) It’s made the same way, Appears you would probably use 1/3 to 1/4 dose of what is suggested for Horticultural lime-sulfur. It should work IMHO. Luckily I have a bu…

Here you go @PomGranny! The horticultural stuff is about quarter strength, so I imagine you could mix the pet stuff in a gallon jug of distilled water (with some water removed) and be in good shape. I went with the Keystone Pest Solutions route but might consider this concentrated version in the future. For anyone trying this, safety first. Gloves, eye protection, possibly breathing protection? Long sleeves and closed toe shoes too.

Lime sulfur is a great product. Yes be safe of course. It’s nice to know it won’t hurt the environment yet is an effective fungicide for many fungal species.

Hey Drew, do you spray lime sulfur on pome and stone fruit, both in dormant stage,? I bought a container of horticulture lime sulfur to try and control pear scab on my Bartlett/seckle pear tree but don’t really have a plan for it yet,.

Also the plum graft you sent me several years ago is all budded up, pretty sure it’s satsuma. Thanks again

I only grow stone fruit and yes I use it except on Apricot. Pluots seem OK with it. Dormant spray only but it can be used in a lower spray amount for prevention. I use other fungicides that are more directed at brown rot.
For stone fruit I think it’s best for keeping fungal spores off the tree, like brown rot early in the year using the full dormant amount. Also any insect eggs will be killed, like aphids and mites.
Lime-sulfur keeps my grapes fungus free. I would lose the whole crop of grapes without it. I spray when fruit first forms, and a couple weeks after that. Usually 2 sprays is enough.

This may go without saying, but in case somebody doesn’t know, it is illegal in the US to use pesticide outside the labeled instructions.

Thanks for all the info. I went ahead and ordered some horticulture lime sulfur for my pears this year.

The horticultural stuff is about quarter strength, so I imagine you could mix the pet stuff in a gallon jug of distilled water (with some water removed) and be in good shape.

According to this thread:

I manufacture the lime sulfur solution. The information stated on the ingredients is only the solution as a whole and the inerts are the sediment or impurities. The calcium polysulfide (real part that works) in this concentration is the same as the 29% solution you purchase for plants. I hope this helps.

someone who actually makes the pet dip stuff chimed in to say the strength is the same. Based on my impression of looking/smelling both they seem 100% identical.

This may go without saying, but in case somebody doesn’t know, it is illegal in the US to use pesticide outside the labeled instructions.

In general any home remedy spray is technically illegal … spraying milk, dish soap, spearmint oil, etc etc etc. They are not labeled for use as pesticides.

someone who actually makes the pet dip stuff chimed in to say the strength is the same. Based on my impression of looking/smelling both they seem 100% identical.

That definitely changes the economics of the pet dip. It might still be a great option for those with only a few trees.

Pet dip lime sulfur is the same concentration as the garden one! It’s not any stronger. I digger out the pet dip concentration(not easy) and someone who makes pet dip also stated that they are the same(cited by Scott above)

One of my plum trees is already looking like this, can I still spray lime sulfur as dormant spray? 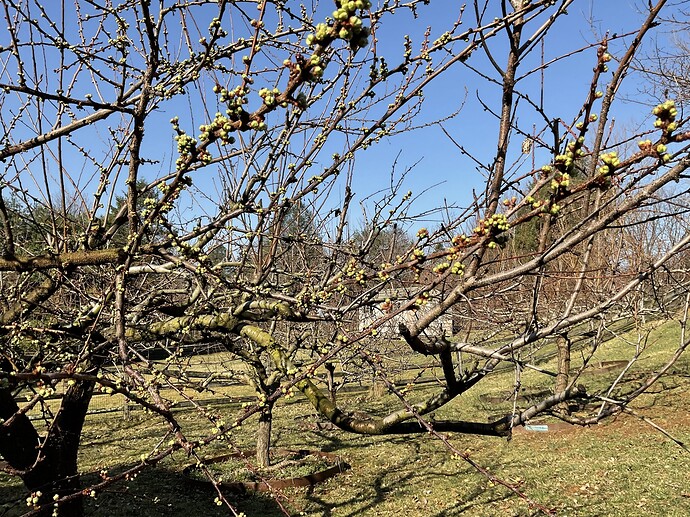 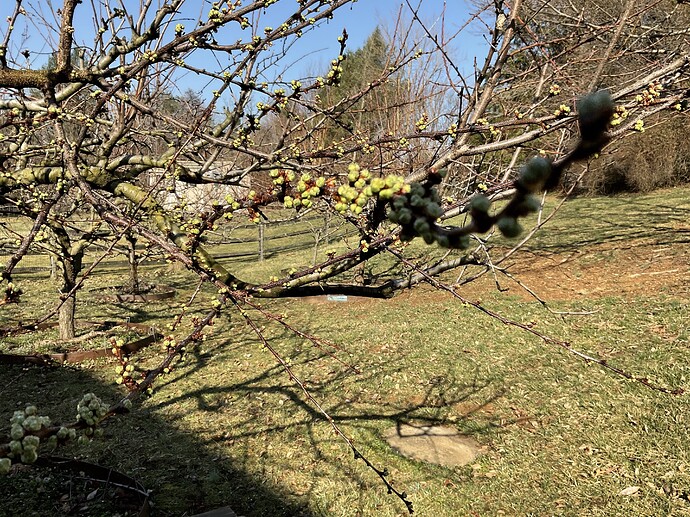 Anyone have a mix amount for the Brandt lime sulfur? How many tablespoons per gallon? I can’t find it on the label.

If I remember right their website has a link to the usage instructions.

I just bought lime sulfur today as I’m low.
It cost 65 bucks including shipping for a gallon I think it was? You can get a 20% off if you sign up for points and mailing list. I have been a member for a bit
The Grow Organic site
The gallon should last about ten years😎

The bottles of lime sulfur I had wouldn’t keep more than a season once opened. They would precipitate, and setting them in a pan of hot water didn’t help any. Last year I had to go with pet dip, so we will see how it is come spring. (Still winter here in the North.)