If it were “selected” from wild plants in a fence row, I’m thinking you’d have trouble obtaining patent rights.

Invented shows possession. Legal speak. But, there may be another explanation?

I imagine this is legal speak. In most cases a patent attorney is going to make the actual application. So I would guess they refer to older plant patents for verbiage and reference old patents in the application in many cases. I have read a fair number of patents (in a different field) and I often find the language and the wording strange. Probable for the same reason.

Lots of great info in this thread and very telling for me as I am thinking of buying some rootstock. M111 seems to be the least problematic of most of these and I am probably you enough right now that I should see several fruiting seasons from them if it takes a little longer to fruit than some. Antonovka is also a very great sounding and strong rootstock. What are the thoughts on these? Also any other semi dwarfs that might be had readily that are as good or better?

Splendour; me too. One lone 210 in a sea of others- it’ll probably get special treatment

I ended up buying some Bud 118 rootstcoks from Burntridge on advice from @BlueBerry and from their description I know I will be happy with them!

Sharing this UMass video more because it’s an interesting outcome. Not sure you can look at the rootstocks here as the issue vs the system itself. Even some of the 6" support posts and metal posts snapped. 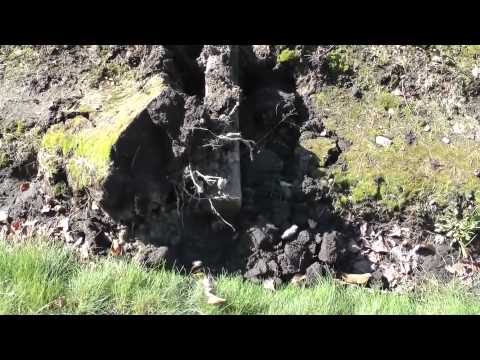 Download the Winter 2020 issue and find the article “Picking the Right Rootstock for Fresh and Processing Apple Orchards” by Terence Robinson and Gennaro Fazio.

Always nice to get it straight from the horse’s mouth.

Interesting. But, if posts give way, does it really matter much if the trunk breaks or the roots pull out of the ground?

I have 5 trees on G969 grafted in the spring of 2015 and planted that fall. Although free standing none have passed the 8-10 foot mark in height and their trunk girth is unimpressive. Most did start to bear fruit in 3 or 4 year, but the G202 trees that are a year old are much more impressive in size and fruiting ability. So from my own personal experience I will not be using G969 again.

Haven’t tried G969…so thanks for the warning.
Well, if standard trees are going to get 20 feet, then 8 to 10 is the expected height of both G 969 and G-202, right? And if standard is to reach 30 then these are expected to go maybe 12 eventually…depending on the vigor of the cultivar. ( I have Anoka and Braeburn that are under 20 feet at year 29 on Standard, and I once planted a Lowland Raspberry on M-111 that at age 20-something is 10 feet tall. And I have a Fuji on M-7 that is close to 20 feet tall.)

B-9 and B-118 definitely put on more impressive first year growth after grafting than any of the Geneva roots I’ve tried. G-202 gave me good ‘take rates’ but the growth has been between 1/2 inch and about 15 inches per tree grafted to G202 in the first growing season. G30 and G890 somewhat better, but not impressive in vigor.

It seems the Geneva roots are mostly for resistance to replant disease, and secondarily for resistance to blight and aphids. And for tight spacings in the orchard with posts and wires.
Not for the average homeowner who wants three apple trees in the yard.

Good to hear your mention of Gen11. I hope to graft Twenty Ounce to a shoot of Gen11 that came up after another graft on the stump failed last year. (Got the wrong tree on it some years ago. Once its ID was sure I didn’t want to keep that.) I’ll tie 20 Oz. (if it takes) to some stakes while young, although it is largely protected from heavy winds by proximity to the two-story house.

Even some of the 6" support posts and metal posts snapped.

Love the video! I had a similar trellis failure on some G11 trees which were very vigorous and full of apples during a big storm with high wind gusts around 80 MPH. A 5 inch post snapped on one row and the “dead man” anchor set 3 feet in the ground with 50 pounds of concrete pulled loose on another row. Interesting the rootstock graft union did not split on most of these G11 trees which were laying on the ground but about 20% of the trees on G41 snapped at the graft union with no trellis failure during this same storm.

I have no G41 trees anymore, wind loss too. G935, g30 also have that problem.
I noticed in the video the loss of some posts from age. Green treat is not all the same and much of the older green treat seems to rot or fungus off at about 10 yrs. From my personal experience, I have found different fungi in 10 yo green post that failed. I also have to agree that trellis design may not be stout enough for the load they carry and normal thunderstorm wind gusts.

I would suppose shorter rows would helps some in reduced losses in windstorms.

My G11 were first to die from 6 days without rain or watering last August. Didn’t lose anything on Budagovsky roots, in pots sitting in dappled shade/sun without water during the same event.

I have new observations on 2 and 3-year old trees on Geneva rootstocks.

We got hit with 100+ mph winds (112 mph was observed in the area) on Monday 8/10 as part of the “derecho” that hit Iowa, Illinois, and Indiana. Additionally, our kids playset was gone with the wind and made a path through my trees.

All but two of my trees are are on Geneva rootstocks. Of these, 1 was broken and 4 were laid flat or significantly bent over during the winds and subsequent debris rolling (?) over them.

Of these only one was snapped off at the graft union - a Harrison crab on G.202.

*means these were trees I grafted with a whip-and-tongue spring graft.

I also suspect the Zestar on G.210 got whipped around a lot.

So I’m hopeful after this beating that these unions will hold in the future.

I’ve read all the G210 comments among this thread. Since Cummins had such miserable survivability, I’m going to assume the roots were pretty non-existant. Would that be fair to assume? I’m ready to order G210 from Copenhaven if nobody reports otherwise. Just as @BlueBerry said about his purchased apple on 210 from Cummins, ‘the verdict won’t be available’ to see if it has the volume/shape of an M7 rootstock (50% dwarfing) for each (M7 or G10).

I think I’ve bench grafted 150 trees on G210, all from Cummins. The roots on them varied from fully flushed to nothing but callus bumps. G210 for me had two problems 1) it was difficult to get scions to take; 2) the root stocks died at a rate of 60% the first season after bench grafting (eliminating any chance of success) ! What do I have to show for it now? 22 successful grafts and 23 rootstocks waiting to be grafted again. I have noticed that letting the rootstock grow out for a season or two improves the chance of success. When I went out to Cummins this spring to pick up my root stock order, I spoke to one of the guys who was working on grafts. I specifically asked about G.210 and he confirmed it’s difficult to graft to and stated “we haven’t figured out what to do with it yet”. I also emailed them for advice the first year and they stated it must be well watered. I’ve also grafted to G.222 which has also proven difficult, but at least it’s a survivor. This spring I tried G890 and it has been much better, but still sub-par to M, MM, or Bud series, none of which have such low take rates or high death rates as the Geneva’s. For reference, I currently have 478 apple trees on 9 rootstocks. At this point, I don’t intend to graft to Genva’s any further.

Agree basically. For the commercial planting in orchards where large old trees with varieties not in demand have been dozed out…the Geneva roots are probably special.

But, the Budagovsky roots have been better to work with. And besides B9 and B`118, there’s B-10 which I grafted 10 of last spring…G935 size probably.
Then there’s another B root…I forget it’s number, but I have not been able to get any…in the M7 size range.

Okay, thanks you guys. Thanks a lot.

End of the chase is I really want M111 anyways or something that will always anchor and tolerate heavier clay soils, to clay that is beautiful to work with, to even better than that being dark loam for the first 18" or so. I have it all on my property and have been using M111. Got any suggestions, I’m interested.