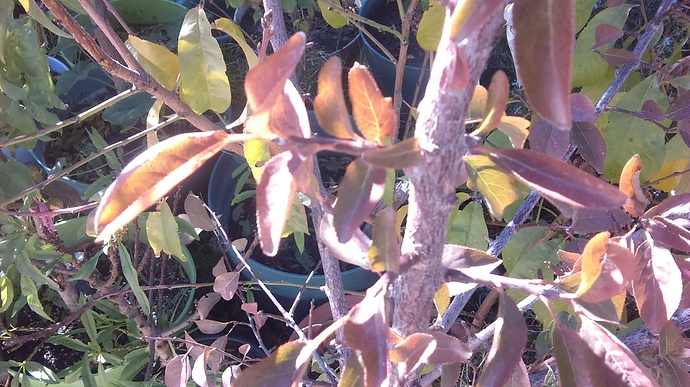 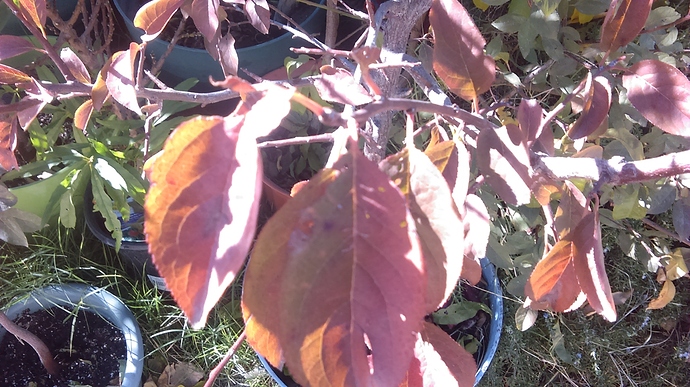 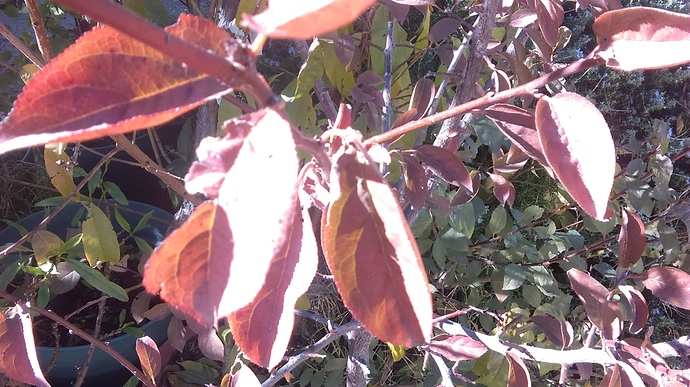 You inspire me to try hybridizing more. I’ve grown some fruit trees from seeds and have more this year, but no intentional hybrids on my part.

Very pretty leaves. I have 2 myrobalan type plums - Hollywood and Crimson Spire. I think the Crimson Spire plums have a kind of unique flavor, but they are small, too soft, and not meaty. Maybe if I crossed them with something else, like my Shiro, or Methley, it would give a nice flavor and better quality plum.

If the hybrid plum grafts I grafted last year bear, that is an opportunity too. Several are Americans hybridized with Asian types - Ember, Hanska, Toka. Mix with something that has a color leaf marker, that would be a way to identify the hybrids. I read some of the seedlings from hybrids might not be viable.

I think my Pacific Northwest climate is not amenable to a lot of the Zaiger hybrids. If I use varieties that do well here, maybe that would work better. I know some of the ones in my yard do well here, so that is a start.

I did use genetic dwarf peach - Garden Gold and Honeybabe - to pollinate Oregon Curl Free peach. I don’t know yet if the one viable seedling so far is a genetic dwarf. It might be. If so, maybe it will have less leaf curl problem compared to the others.

Another option is pollinize something like Sweet Treat Pluerry with a better or more distinctive plum, like Hollywood. Then grow the red-leaf seedlings so you know they were crosses. I like the Hollywood plum flavor and texture, so that might be a way to begin. Who knows?

I bought some pluots, apricots, and Bella Gold Peacotums, from a local orchard, and saved the seeds. The peacotum seeds all rotted during stratification. I assumed they were plum pollinated, so would be more on the plum side of their genetics. The pluots were nice red inside and out. The orchard didn’t know the variety. I have one seedling from that, one 3 from the apricots. I figured since the apricots were local, maybe they would do better than some of the others I’ve tried, that die in this climate.

Next year, I will hybridize my Chocolate Jewel plum with a cherry, Shakar Pareh plumcot, and Indian Free Peach.

Did the peacotums tasted good?

The peacotums were good. Im not going to try them because peach leaf curl is devastating here. Hybridizing might help, but tri-lite peach-plum got terrible leaf curl every year for 5 years, so I gave up on that.

My Chocolate Jewel plum will bloom in about four days. I will be pollinating it with apricot and peach pollen. 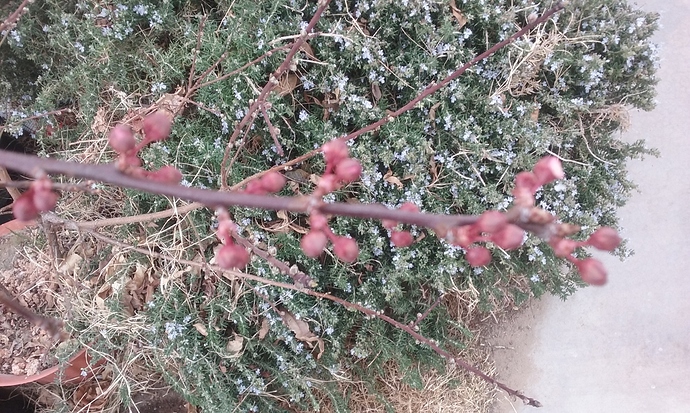 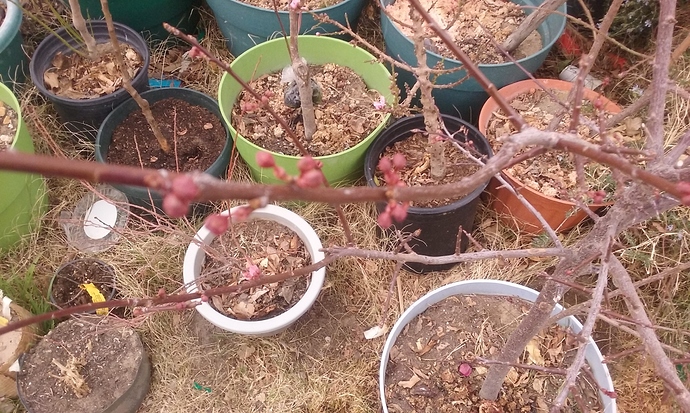 This year you will get to taste them!

It’s starting to bloom! I moved it next to my F1 Moorpark Apricot so it could get cross-pollinated, and it’s working, the bees are jumping from the apricot flowers to the plum flowers. I will be stratifying the seeds this Summer. 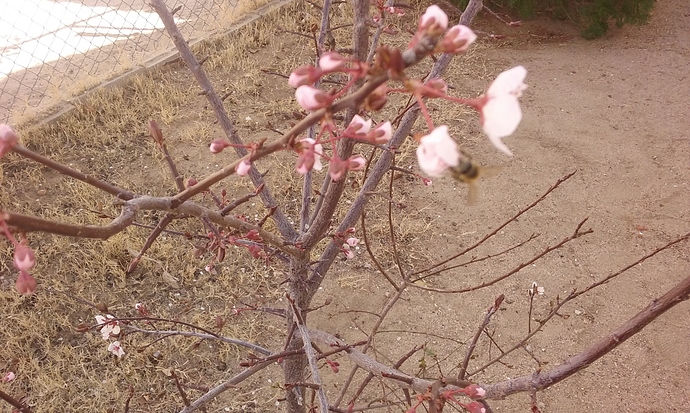 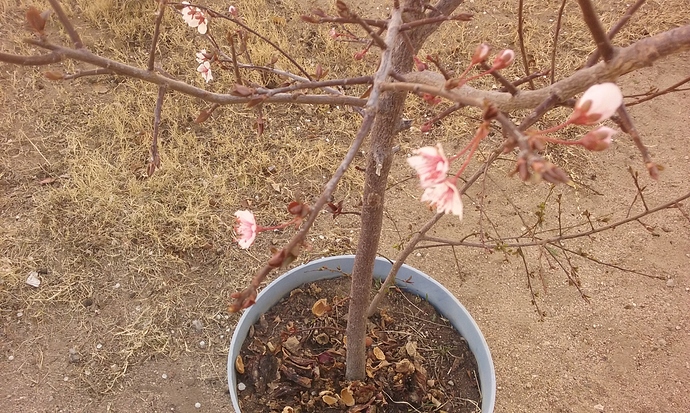 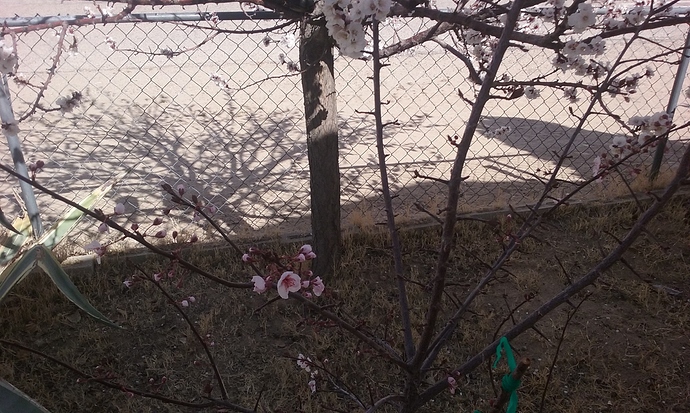 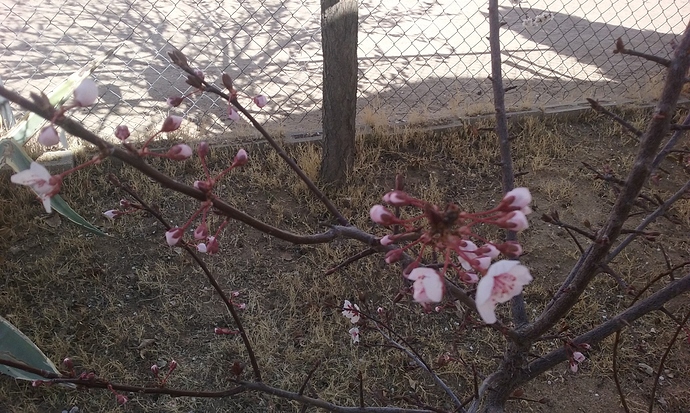 Did you train the branches, or do they naturally grow with such wide crotch angles? 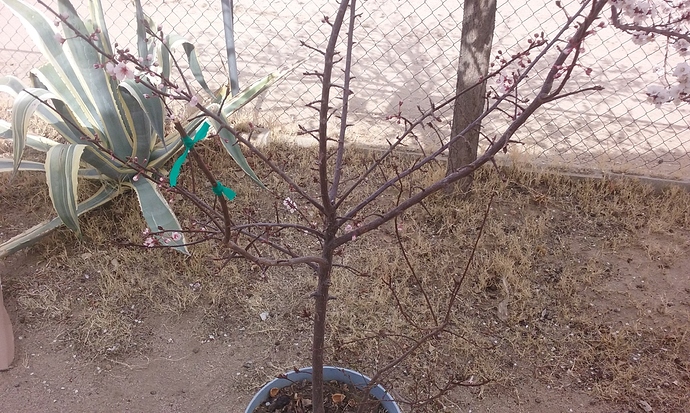 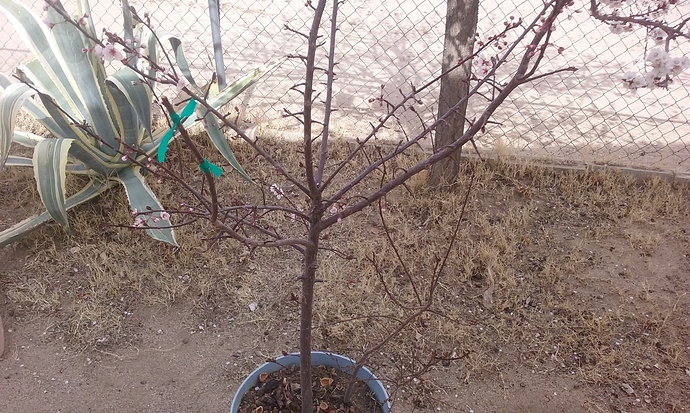 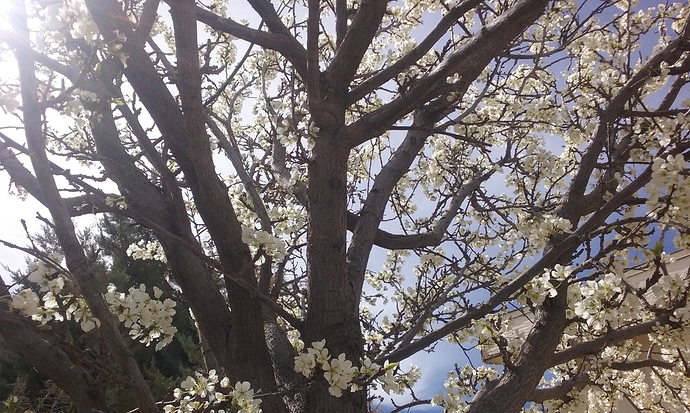 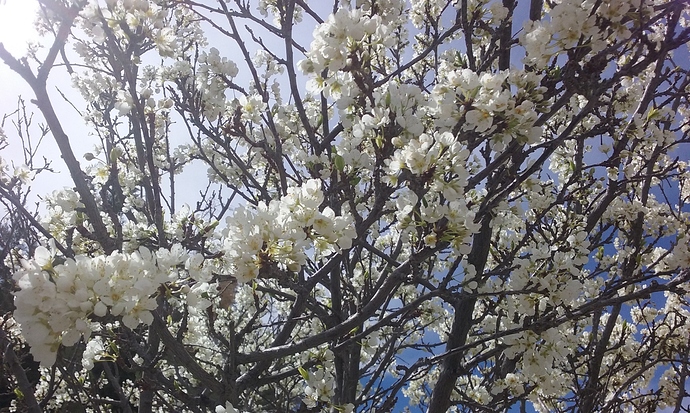 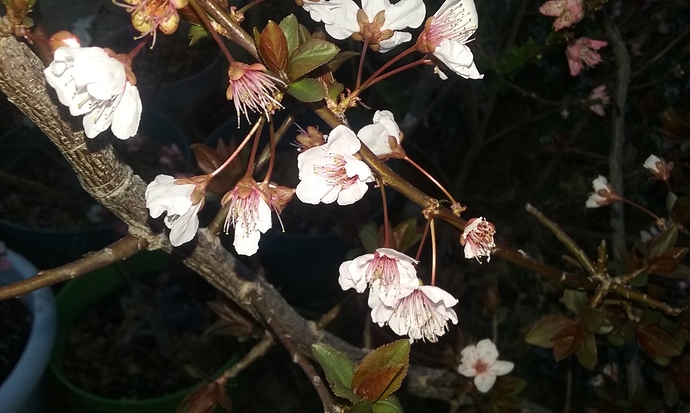 Despite that it produced a lot of flowers, ( I moved it next to the apricot tree so it could get pollinated), the tree only produced a few fruits. 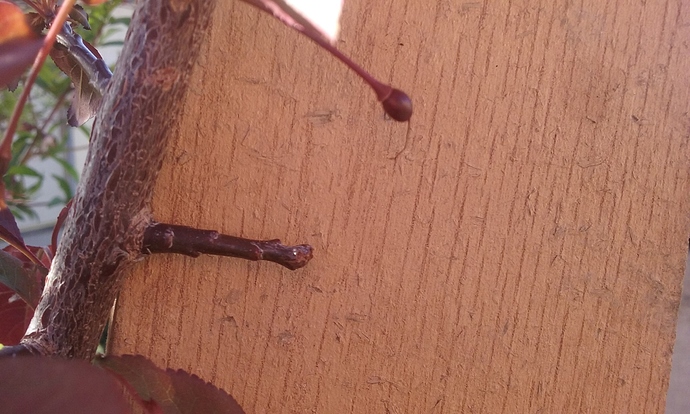 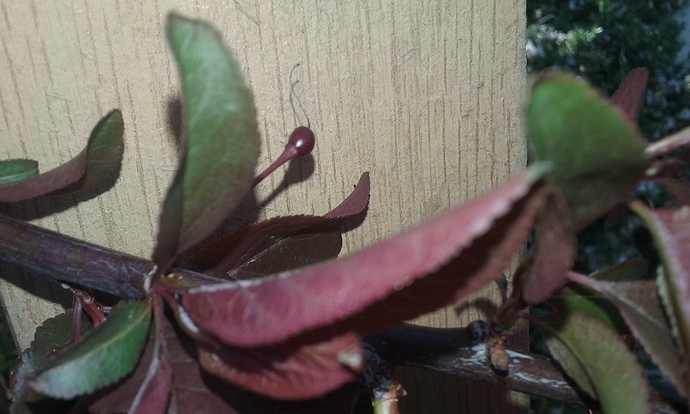 This tree inherited most of its traits from its pollen parent, the myrobalan plum: red leaves, red fruit, red bark, and pink flowers, but not the self-pollinating traits?

I can’t resists its beauty! 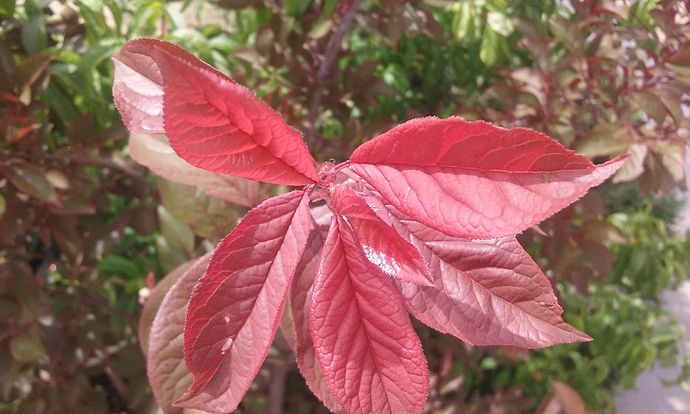 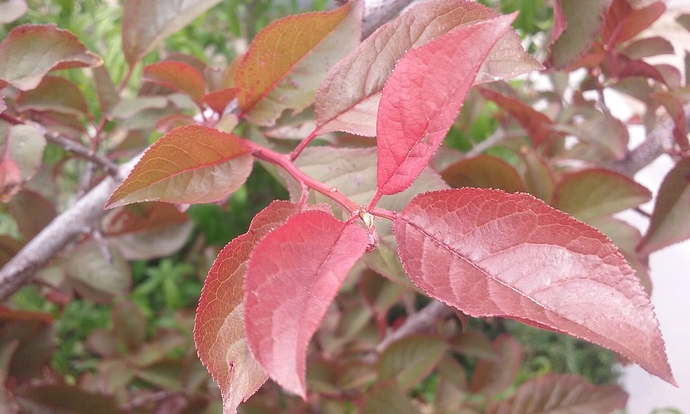