Thought I would share the results of my first try at propagating B-9 rootstock. Using our own applenut’s great YouTube video as my guide, about this time last year I cut a 2 or 3 year old B-9 rootstock at about 4-6" above ground and gradually added sawdust as new shoots began to grow. I used a 5 gallon bucket with the bottom 3rd cut off to hold in the sawdust. The results were better than expected considering B-9 is such a low vigor rootstock. I prefer growing apples on G-11 and G-41 rootstock so I am going try it again this year with G-11 which I believe is now off patent and also with oxhf 87 pear rootstock. 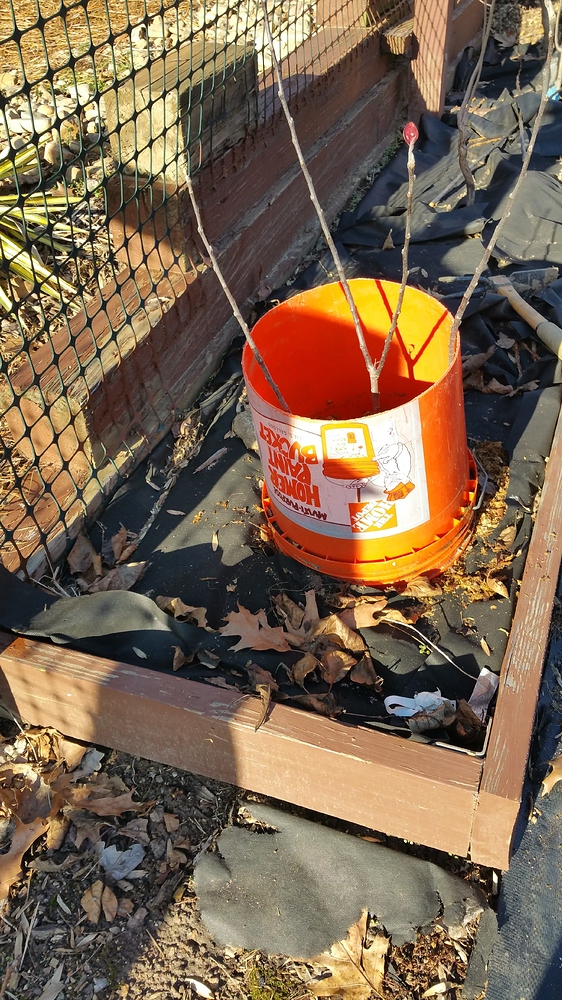 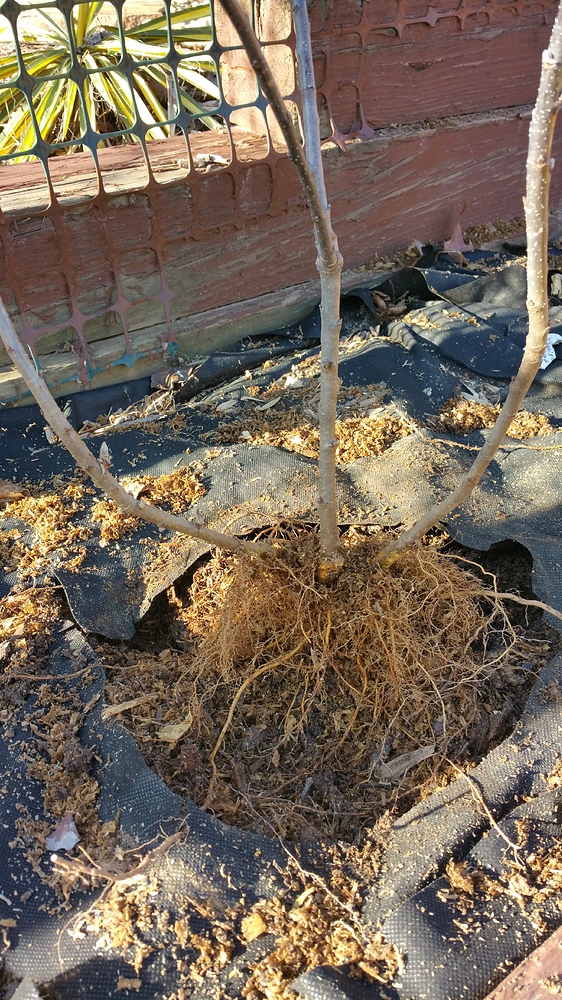 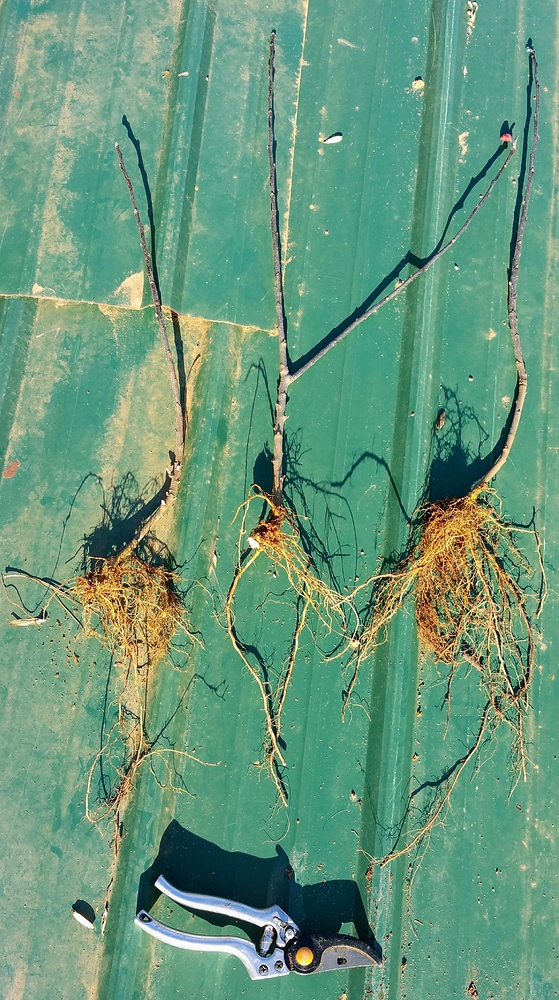 Good Job. You should save one and do the same thing for more rootstocks next year. I did that on my Colt cherry rootstocks. I got 8 of them about 6 years ago and now they are all multi grafted sweet cherries.

Looks like a fine first try! I’ve cut two roots where the graft failed last year all the way to the ground…
and plan to see if I can’t get multiple rootstocks from both next winter.

Nice job. I dont think your pear root stock will be as productive if at all. OHxF is produced from cuttings and is not grown from a stool bed.

When I tried stooling rootstocks, some grew more roots then others. MM111 DID fine, as did MM106. Bud 9 was good too. M27 did not grow roots well at all, and one g rootstock, known for being difficult to propagate, lived up to its reputation, and hardly grew roots at all. Those latter two were also brittle, and would often get broken just working around them pulling weeds.

I just used dirt to hill up the rootstock.

I was given a cherry root by a brother in law, after thr grafted tree died. It grew 6 big healthy well rooted shoots the first year, and I gave it to a neighbor when I quit growing the stoolbed.