My original orchard planting of 8 apples trees on mm111 is now very mature. I will never plant trees on this rootstock again. I am tired of the work required for pruning. These things are way to vigourous for me. I prune in the winter and it just makes them send up more water sprouts. When I prune in the summer it seems like I sometimes get fireblight.
The next few apples I planted were on mm106. Much easier to manage.
My latest planting of about 20 trees is all on g890.

I will never use mm111 again. Just too much work for me.

I need to look into mm106 as well. I planted one tree with the g890 this year but it died.I tried several of g series rootstocks but they were not good ones at all. Three out of the four I planted are runts- supposed to be semi-dwarf but are only about 6 feet tall and puny. I am not impressed with them but was willing to take one more chance with a g series rootstock since that was all that was available withe apple variety I wanted.

I am having good results with g890. I have about 6 trees that have been growing for 3 years now and doing well. I mulched them a lot in the first year and watered whenever it was dry for more than a week. 2 year old and this years trees are growing well too.
My soil isn’t great so I mulch my trees a lot hoping to improve the soil

Each of three g series rootstocks have cracked severely the first couple of years after a heavy rain. No other rootstock I have ever used , so far, has done this. I called Cummins and talked with them about this issue. I bought my trees from them. They said the trees would either be okay or die. They lived but are runts and spindly looking with very little fruit production. I would like to replace them but the varieties are hard to find. I replaced one with same variety but on a different rootstock. I have not done any grafting as of yet. Probably time to try my luck at grafting.

g890 is more vigorous than either of those.

I used g890 this past spring, the year before I used mm106. Give g890 a try, but I’ve had much better take rate with mm106, and the trees just seem a lot healthier at my site. Could be a coincidence, but my g890 trees also seemed to attract a lot of gophers, and so I lost several trees to them (but not anything on any other rootstock). Looks like I will be regrafting many trees this coming spring, and I’ll probably go back to mm106. But will be interesting to see how they compare in the long run.

If you use G-890 be sure it is well staked for at least 5 years. I had a very nice tree snap at the graft this year with a high wind. Others have had the same problem. I think it works in commercial trellis systems, but I won’t use it again. For free standing trees, tread with caution.

I have had similar results with heavy winter pruning of MM111. When I switched to a modified central leader and made some changes recommended by skillcult, the trees settled down. He suggested having a little “crest” on the top of three or four competing branches cut shorter than the rest. Competition between them for apical dominance causes all of them to grow slower. Once I tried this method there has been comparatively little growth. 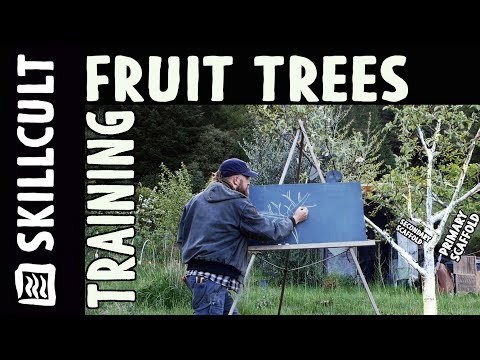 The thing you dont like about them is exactly what we need in heavy soils in Kansas.

MM106 has turned out to be my favorite rootstock here in southcentral Pa. G969 has been my worst. Spindly is the word that always comes to mind when I look at them. Have used M7, B118, G202, G30 and MM111 with varying degrees of success.

Funny, I haven’t noticed all that much difference between 106 and 111, but then, I don’t really pay that close attention- I only keep track of varieties and not rootstocks but I order 111 when I can because I’m a dry farmer (no irrigation of orchard or nursery except in the worst drought emergencies) and also often install orchards on soil without optimum drainage. I enjoy pruning and the amount of time it takes to prune the 10 mature apple trees in my orchard is minimal, maybe 10 or 15 hours a year for all of them, including summer pruning and not more than 20.

It beats the hell out of working out in a gym for me, but I also prune professionally and once you develop a skill at something it becomes much easier- it also helps to have the right tools.

What I hate is thinning fruit, even though I can do that a lot faster than most amateurs as well. Pruning is thoughtful and interesting work, thinning is pure tedium. With 111, you don’t have to do so much thinning of most varieties for the first 6 years. That’s actually the only big drawback to me. When I install decent sized trees for customers it takes another 3 years for many varieties to become truly productive.

111 and 106 aren’t vigorous enough for Goldrush here. My trees are about 7 and 4ft tall respectively. On the other hand M9 is just right for Golden Del at about 10ft. Almost no pruning needed for any. Annual bearing and lots of thinning. On trees that size thinning isn’t bad.

This is all with 4-16 inches of rain a year and irrigation every week or two.

I’ve had issues with 106. In our high winds, had some snap at the graft early on. I also don’t like it because it isn’t vigorous enough.

MM111 or it’s virus free counterpart EMLA111 is about right in vigor for most varieties here.

111 has been a real workhorse of a rootstock here, heavy red clay ridge top inWv.
.,.
Drought tolerant
Strong tree
No leaning
High yields
Grows well on wet “ AND “ dry sites
Very vigorous
I think best to train as modified central leader.
It wants to grow. !
So I let it .
Good for getting above deer height quickly.
Even if the top is out of reach ( too scared to climb that high )…,.
What you can reach from a short ladder is plenty. The rest shook out. , processed .
It’s slow to come into production, .,. it’s biggest fault
. But.!
The high yield later has bean worth the wait .
You can’t really ,“make “ ,a tree on 111 do anything…"
It has its own way.
Best to work “ with “ what it wants to do.,!,.?
It wants to grow….
.,
.
,
( No I am not selling 111 rootstock , just advocating )

Hey fruitnut, please help me understand your comment if you don’t mind. Are you saying that the Goldrush outgrows the rootstock and that causes some kind of problem (gets topheavy?) or is it that Goldrush is stunted due to the less vigorous rootstock? Or maybe something else? I am trying to learn about rootstocks but don’t have much experience. I seem to recall hearing that Goldrush was vigorous but also often ended up with reduced vigor due to cedar apple rust. Thanks!

M7 used to be my preferred option. And seedlings next.

Hey fruitnut, please help me understand your comment if you don’t mind.

All I’m saying is that Goldrush on those two rootstocks results in a tree that’s too small. That’s in stark contrast to those that have excess vigor on 111. I’d say the reasons are that Goldrush has low vigor and my soil and climate reduce apple vigor.

I have seen apple trees here that are 15-20 ft tall and wide. That’s probably on seedling and with scions that are vigorous. With a hot, dry climate that’s about as big as apples get.

L let my M111 grow with a good climbable limb structure and they get 20+ feet tall. Very productive and nearly drought proof. I prune out worthless excess limbs an waterspouts. The trees produce about 4 bushels of fruit each and they are all picked and discarded by squirrels at 2/3 size. Nobody gets anything, but the trees looked great.