My question is to any non-commercial no-till gardeners out there … how do these issues translate into the world of small-scale no-till gardening? 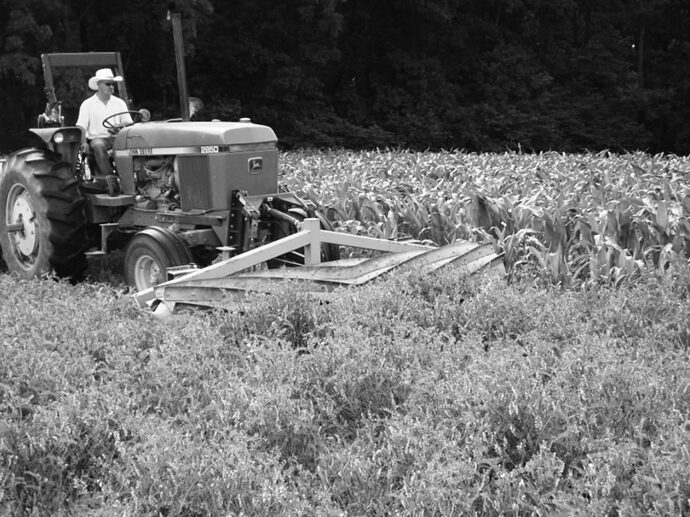 An Introduction to the Organic No-Till Farming Method | EcoFarming Daily

Organic agriculture expert Jeff Moyer explains the organic no-till farming method, which is both a technique and a tool to improve soil organic matter.

I have recently wanted to use cover crops to protect some of my raised beds after harvest. Some years I grow winter vegetables and sometimes I don’t have time. So I’m going to try annual cover crops. I have a barley annual and the one clover that is annual. So no need to worry about turning them or killing them. I feel no till is not a religion. It makes sense to till at times to me. I will probably dig and turn these annuals into the soil once the freezes kill them.

I learned about the no-dig/no-till method via a chance encounter with Charles Dowding videos a few months ago. I just watched another short one called “No dig explained in 3 minutes”. A light bulb just went on. Dowding’s method for creating a bed starts with a season of weed suppression using cardboard or even carpet. But I believe subsequent seasons just involves the reapplication of compost. This works on a small scale garden but this isn’t feasible on a commercial scale hence the use of a cover crop, which provides essentially a “chop and drop”, although actually it’s “crimp and roll”. In Dowding’s method you apply compost each season to keep weeds down. In commercial no-till you end up with a thatch of dead cover crop. One of the things mentioned about commercial no-till is have one tilling seasons and multiple no-till seasons.

It’s not always possible. I would like to see some no till potato crops. One should dig a trench. Also you can add compost to blueberries but only pine or peat is best.

I have some ‘no till’ wood chip mulch gardening areas. I just pull the chips out of the way and then place the plants or seeds. It is a very easy way to garden. Sometimes I place some compost around the plants if it seems necessary.

I’m expiramenting with cover crops in my garden for the first time this year. My veggies were planted in a cereal rye / crimson clover cover crop which was terminated by “rolling / crimping” with a cut down pallet on its edge used to flatten and crimp the crop. Also needed to use round up since I was planting before the cover crop had flowered significantly. 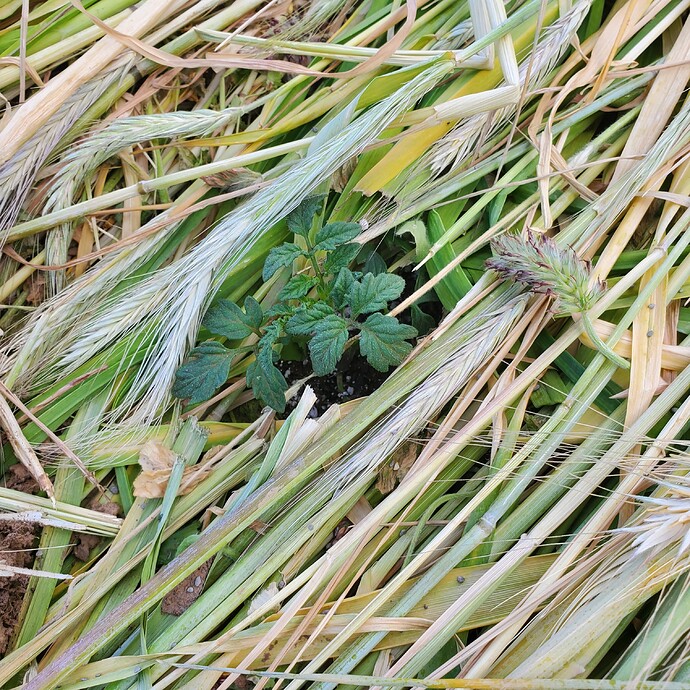 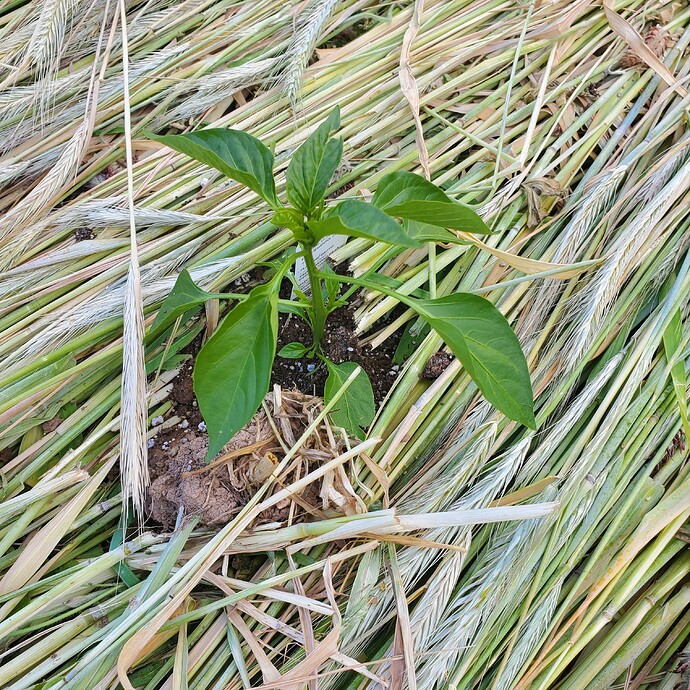 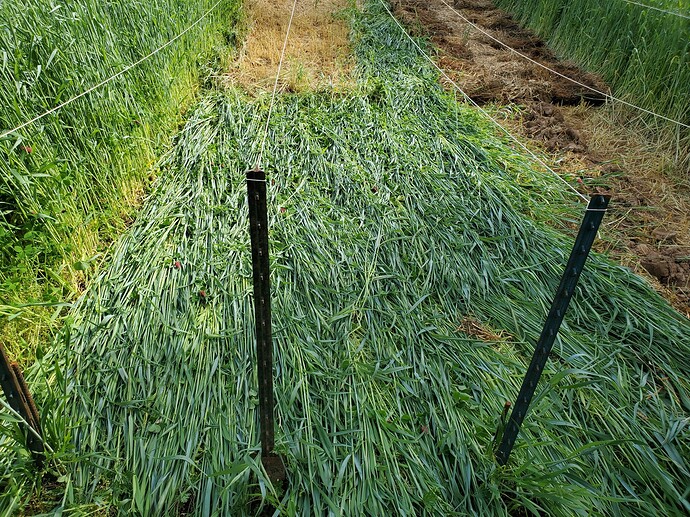 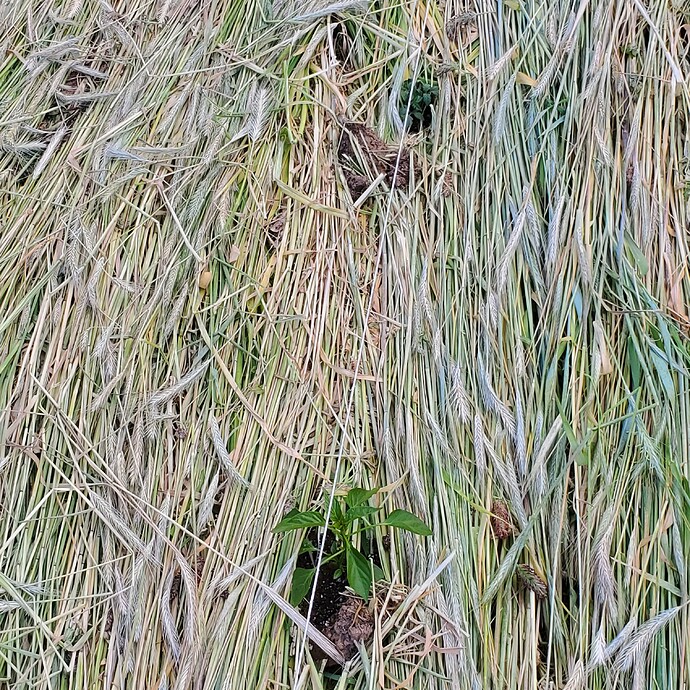 Those are cool pictures. What’s the relationship between the cover crop’s not having flowered and the use of an herbicide? I did read in some of the articles about cover crops’ having an optimal crimping time; I believe related to maximizing the termination rate … and how sometimes the optimal crimping time doesn’t match up with the optimal planting time of the cash crop. What drove your choice of crimping and planting times? How long after using glysophate did you wait before planting the veggies?

I’m in big row-crop country, and no-till predominates…but I’ve never seen the farmers here plant a cover crop to terminate.
They’ll plant corn, harvest that crop in early Sept, shred stalks, and drill in wheat. Once the wheat is harvested the next May, they’ll drill soybeans into the wheat stubble (most don’t bother with cutting/baling straw), then harvest in late fall. Starts all over again with corn the next spring.
Some do just corn/soybean rotation, with no winter cover crop after either cash crop.

Cover crops will not die unless they are in the flowering stage or later when rolled or crimped. That’s why I had to use roundup to kill them because they had not fully flowered yet. I also had some thistle weeds mixed in with the cover crop that I wanted to kill before I planted my vegetables so I put down round up for them as well. I waited one week after using round up to plant my vegetables. My rolling / crimping and planting times were mostly determined by wanting to get my vegetables in as early as safely possible after our last frost date.

I use pitch fork on most bed to aerate but do not turn the soil over. Similar to a broad fork. We use roundup, but if you didn’t want to you could cut with a weedwacker and cover with black plastic.

@Earlyriser How did your cover crop experiment work for you this year? Any lessons learned to share?

I thought I would bump this thread by adding a video showing what no-till with a mixture of cover crops and wood chip mulch has done for my clay soil. Like @erics_tiny_orchard I’ve really gotten interested in no-till and cover crops over the last few years. I think when people talk about cover crops, they often think about how it adds organic matter to the soil and the tops as “green manure”, but I’m just as interested in the cover crops for keeping a living root in the soil and their roll in building and maintaining good microbial and fungal life in the soil to make nutrients available to my crop plants. While they are talking about a much bigger scale, when you watch presentations by people like Gabe Brown (cover crops), Ray Archuleta, Elaine Ingham (soil life) and David Johnson (soil life and co-founder of the Johnson-Su bioreactor) it can be quite eye-opening about how powerful the change can be by supporting the life in the soil.

Compost, fertilizing and all those things can obviously work as well, but here is what has happened over 2 years from me using cover crops over the winter, chopping and dropping them in the spring and then mulching over with free wood chips from my county. This year I grew my annual flowers and super hot pepper plants without any added fertilizer and was thrilled with how well the garden grew. 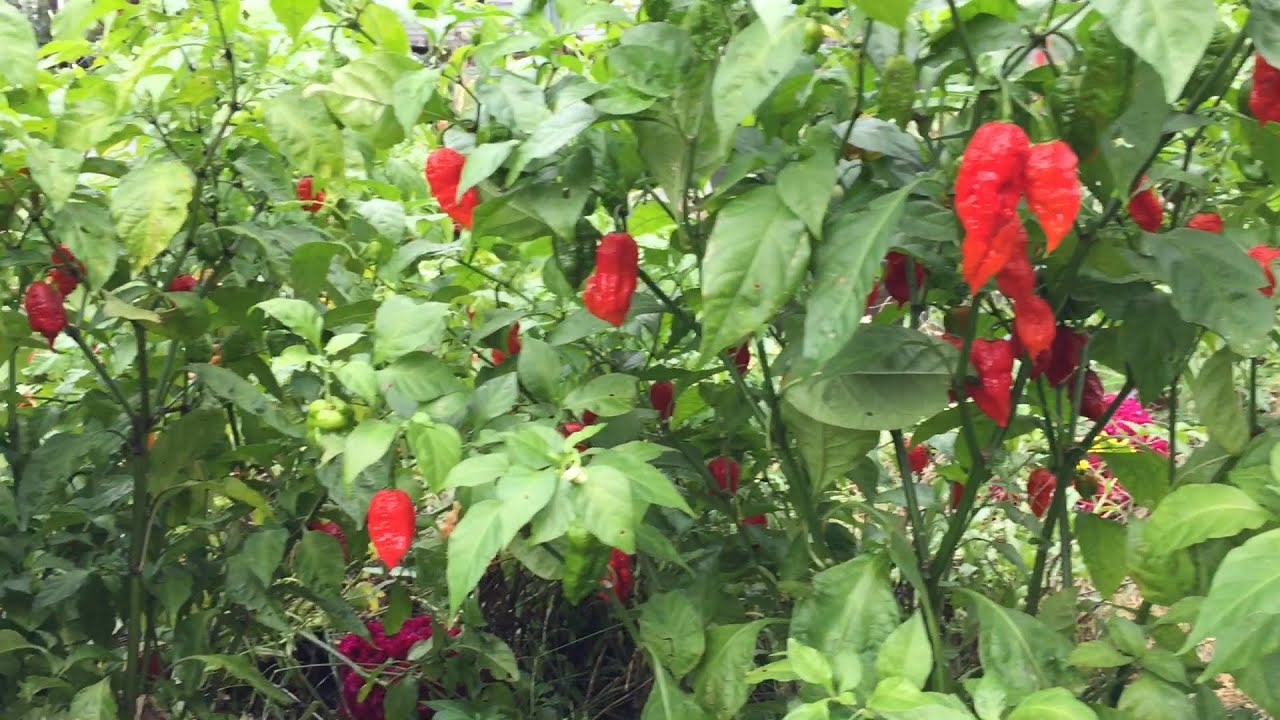 Clay soil is inherently usually fertil in the US. The key is adding organic matter and avoiding compaction. I have a similar very heavy clay soil. Mine is high Ph, I had to add gypsum to the lawn, but it does great. I perma-mulch with wood chips, but like sawdust better. I havent had any luck with blueberries yet though.

@zendog Two biggest lessons about my cereal rye / hairy vetch or cereal rye / crimson clover cover crops from this year were that: 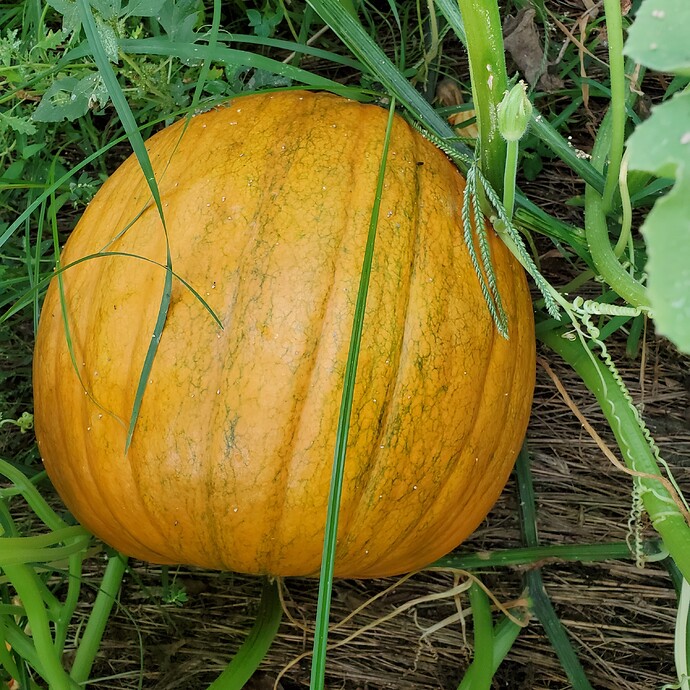 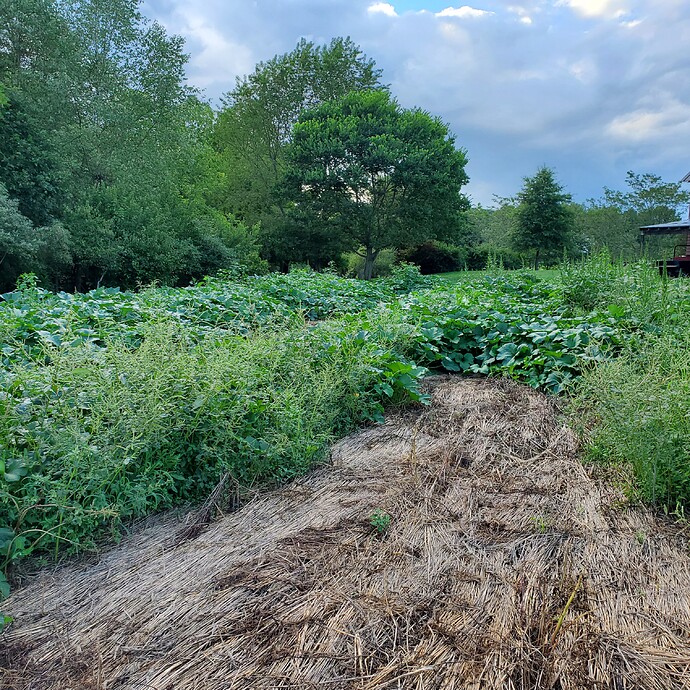 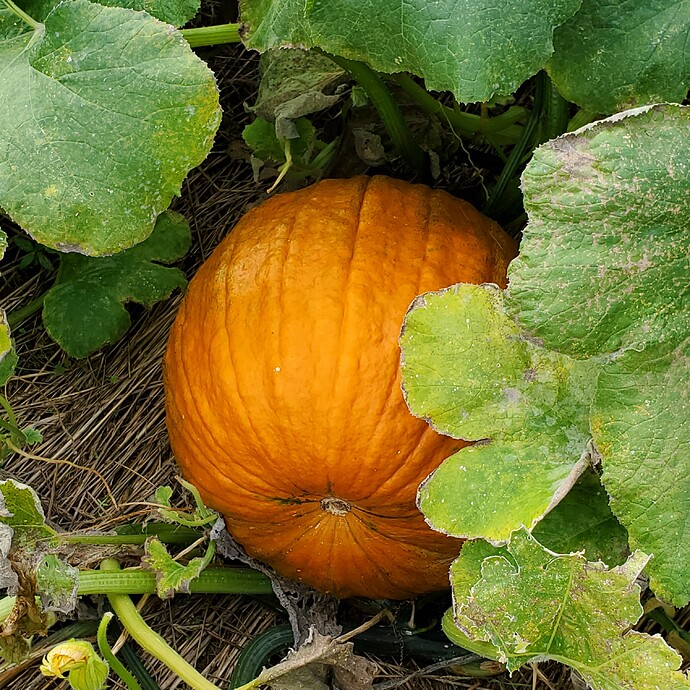 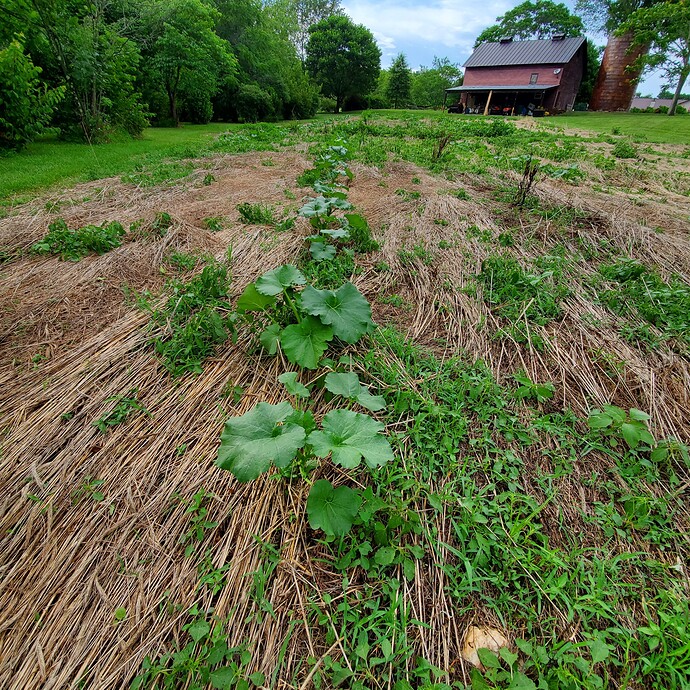 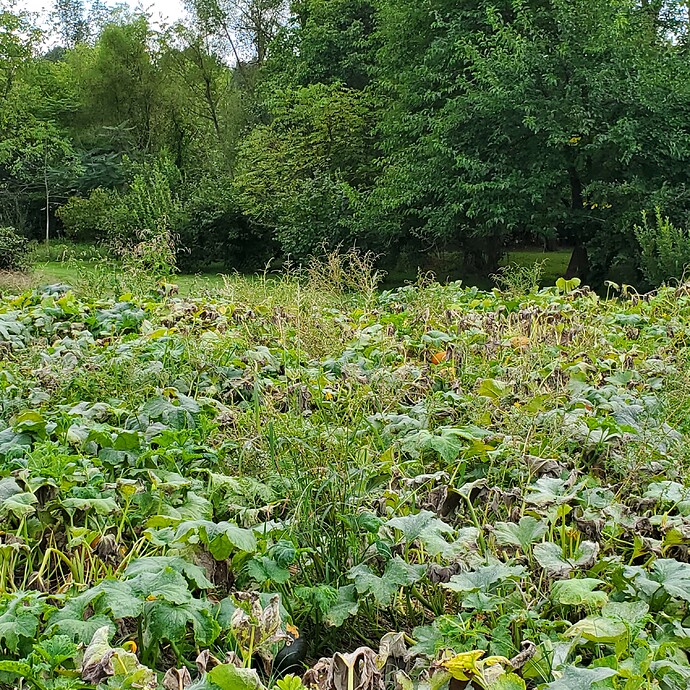 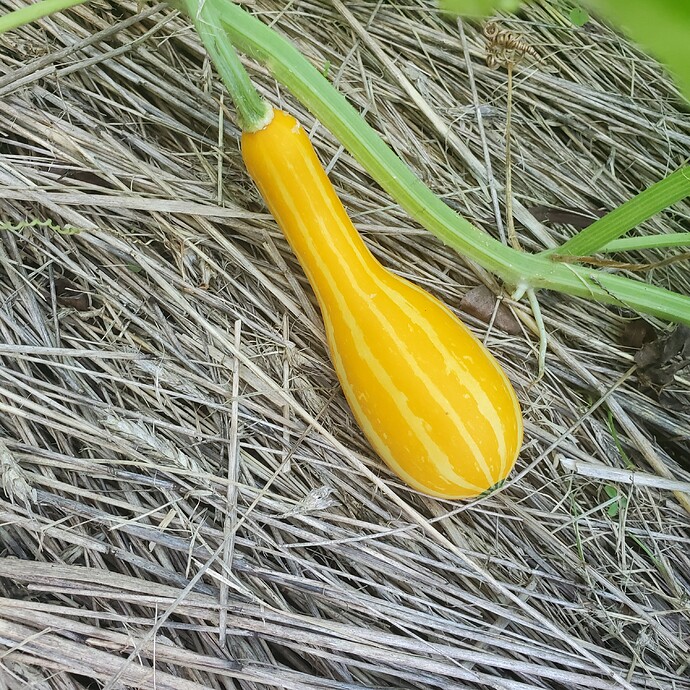 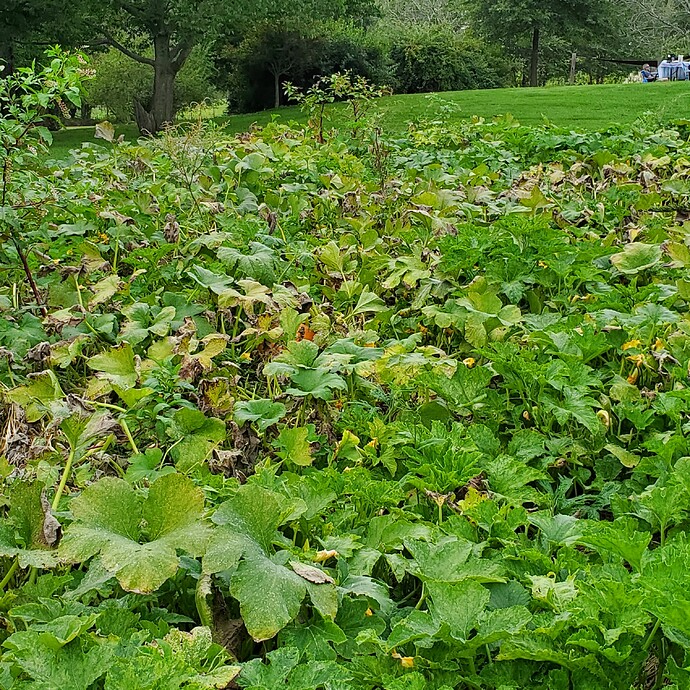 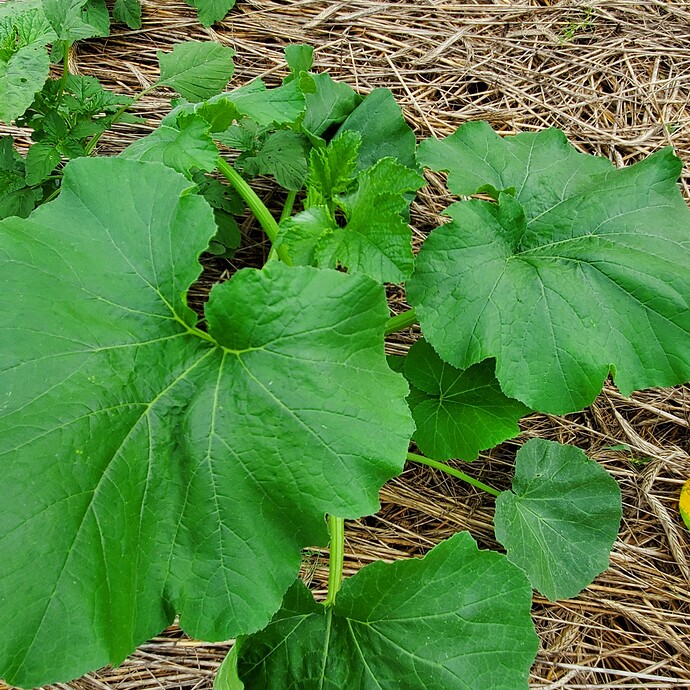 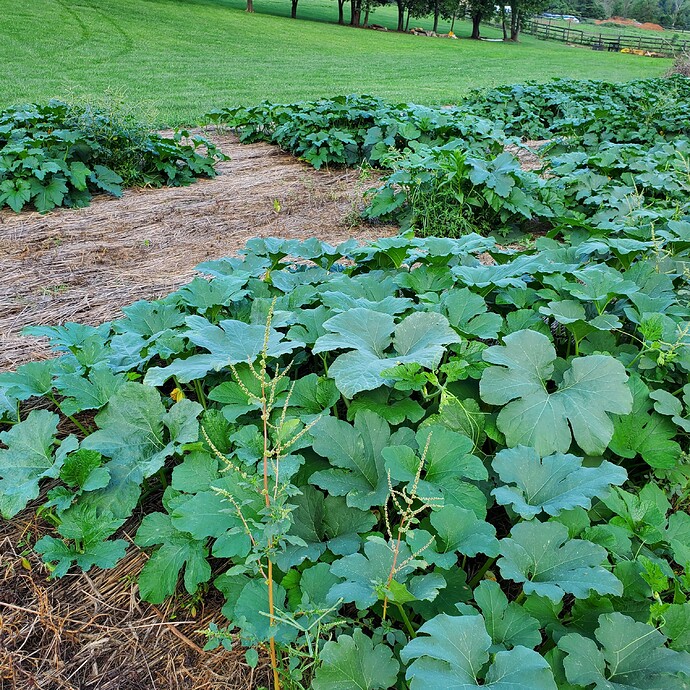 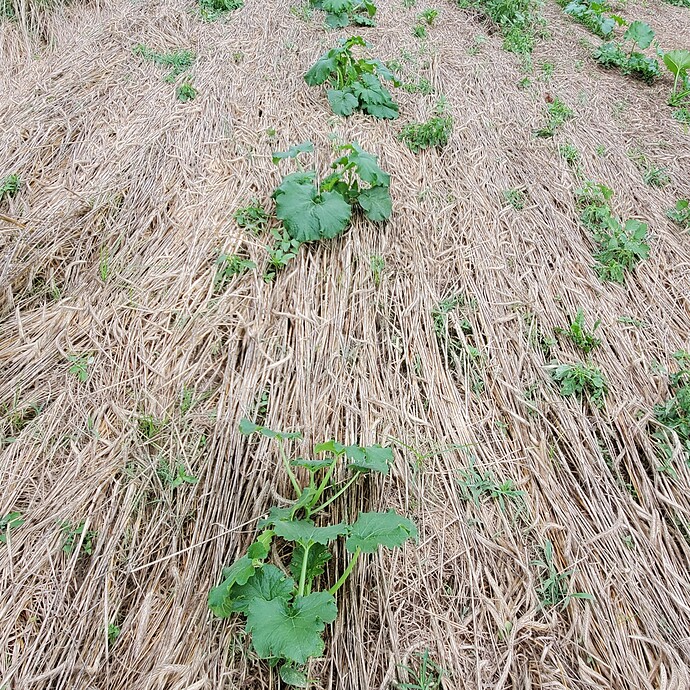 Wow. That looks great. I planted probably a 1/2 acre garden this year in an area that had been a winter-feeding area for the cattle herd for 15 years Disced it multiple times and used my plastic mulch/driptape layer to pull up raised planting beds(6" high x 24" wide) - but did not put down plastic or driptape, and sprayed the whole thing with Prowl H20, which kept the pigweed and seedling johnsongrass suppressed long enough for watermelons, sweet potatoes and winter squash to run out, but as the season wore on, more and more grass and pigweed came on… not enough to impact production of anything - but enough that my wife complained about how weedy it was on the occasions she came out to help pick/dig - particularly with regard to all the pigweed. That’s way less weeds than I had in mine after about August 1.

Just plowed it down after our first freeze of the year, last week, and disced in cereal rye and cover crop wheat…hoping this little warm spell will get it up and growing before ‘real’ winter arrives.
I could see rolling the rye/wheat combo down next spring and planting melons/squash.
Might even be able to get away with planting beans and cowpeas on top of what remains of those plowed-down raised bed remnants…