Supposedly it’s a cross between a peach and a plum sold by Green World Nursery, however, the pareantage is described as prunus x domestica. And no, it’s not Zaiger’s tri-lite peachplum because that hybrid is also listed there.

Flavor Train Peach Plum Tree
Hop aboard the Flavor Train with this amazing cross of a peach and a plum. The Flavor Train Peach Plum looks like a large plum but the peachy flavor overtones let you know it’s got some peach in it! Flavor Train Peach Plums are some of the most coveted fruits here at the nursery! Fruit is large and round with brownish red skin and yellow flesh. If you can restrain yourself from eating all of them fresh they also make excellent preserves. Plant another plum for cross pollination. Choo choo! This train is bound for flavor town!

That sounds like a new one.
They also have another,the Sultry Sunset Plumcot,which is red fleshed.bb

I already placed my order for one peachplum and a Korean cherry, and I might add a plumcot to my order.

They don’t say if it’s an Asian or Euro plum, and which is needed for pollination

“It’s one we found that didn’t have a name. It was literally just called Peach Plum. Don’t know the breeder. It looks like a Plum more than a peach.”

“It has a slight fuzziness, however it won’t be a fuzzy as a regular peach.”

This hybrid is non-patented, according to One Green World.

I ordered one Flavor Train and a Sultry Sunset.bb

My order will be arriving next week.

There is a European plum called “Peach” which has been around a long time, I wonder if this is not just another name for that plum - ? This old “Peach” is a large peach-colored Euro plum which sounds like their description. I don’t know if Euros will cross with peaches, isn’t the ploidy different?

Hmmm??? Well, One Green World Nursery says it has little bit of fuzz. 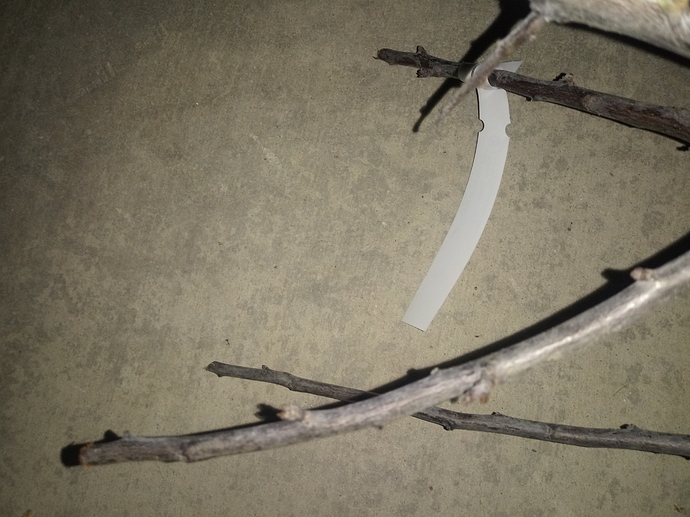 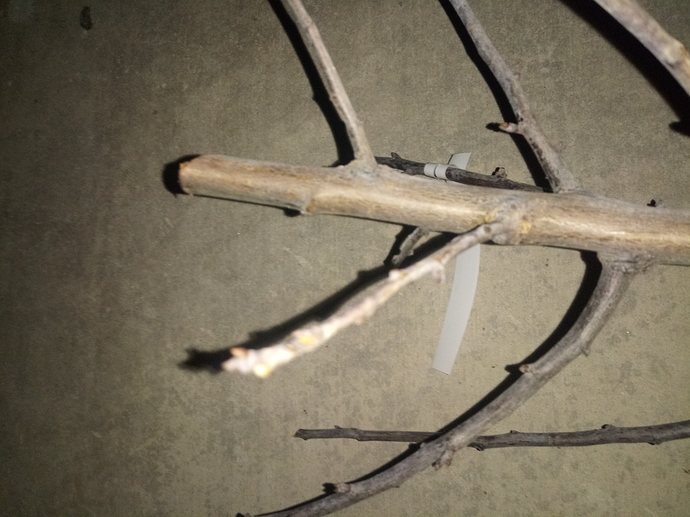 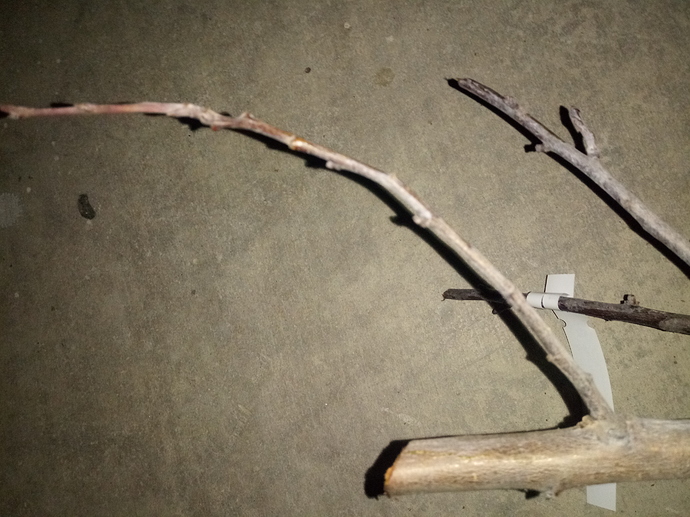 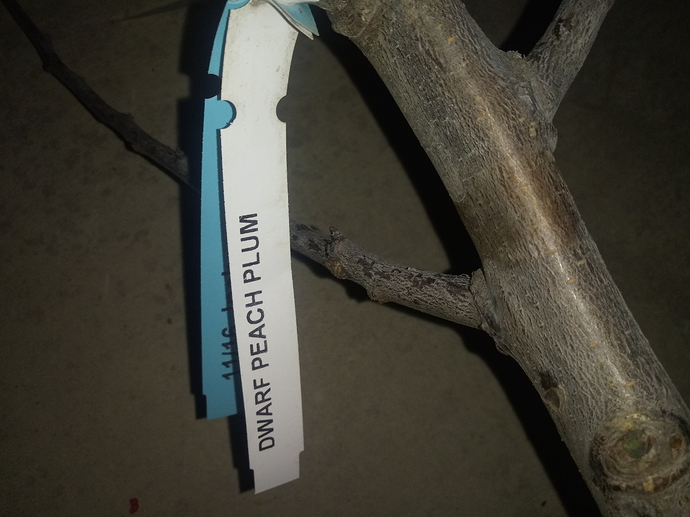 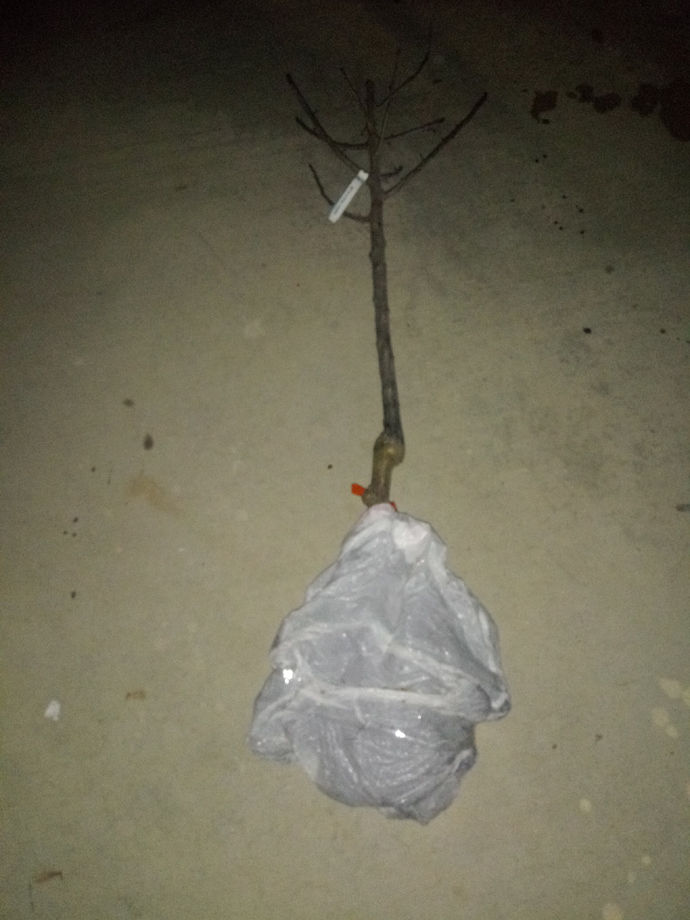 There is a European plum called “Peach” which has been around a long time, I wonder if this is not just another name for that plum - ? This old “Peach” is a large peach-colored Euro plum which sounds like their description. I don’t know if Euros will cross with peaches, isn’t the ploidy different?

I had the same reaction reading the description Scott. If its something more special than that, One Green World should have been ready with the details.

I think that peach plum scion shows up at our exchanges ,and I’ve probably grown and culled it if I recall correctly.

I have had the SpiceZee Nectaplum for some time now, and added Fall Fiesta which has peach, cherry, nectarine and plum. I don’t really taste any plum in the nectaplum, it is a huge very good low acid white nectarine. I’m very happy with it. I’m more interested in crossing fruit and making my own.
Although these fruits look interesting for sure. I still though have stuff to work with and plan on making various crosses. For now I want to grow out what the new crossed seeds themselves.

Speaking of plum x peach crosses I have a flavor Grenade pluot right next to the nectaplum, which has purple leaves. Well the FG seedling has purple leaves. So I may have a SpiceZee Grenade! Or it could be just a recessive trait being expressed? Anyway I have enough variety in my orchard to create all kinds of new fruits. So I won’t be adding these anytime soon. Hoping to hear reports in a few years as to how they are. So keep us updated. I may bug you all for wood in the future, if you don’t mind? Hopefully I’ll have one of a kind pluots to trade for it. I suspect in future years we will see more and more crosses as other nurseries try to do what Zaiger has done. I predict a tidal wave of new inter-specifics in coming years.

Do you have any pictures of your seedling?

If it’s a true hybrid, the leaves should resemble like that of a peach. I’ll see this when it starts to leaf out.

Hopefully it’s not a marketing gimmick like the Honey Pearls Nectarcot which has no apricot in its parentage.

Hopefully it’s not a marketing gimmick

Well One Green World has always given me super nice plants. Also their packing is probably the best. . Although much of what they sell has limited ranges where they will grow and I think they do push boundaries on some items. But a fascinating unique nursery.

If it’s a true hybrid, the leaves should resemble like that of a peach.

Yes, they don’t look like peach leaves. Why i mention a possible recessive gene as many plums have that color leaves. I added one recently, Hollywood, but it was just added and will flower for the first time this year. Also remember a nectaplum cross with a pluot would mean plum genes are coming from both parents.

Do you have any pictures of your seedling? 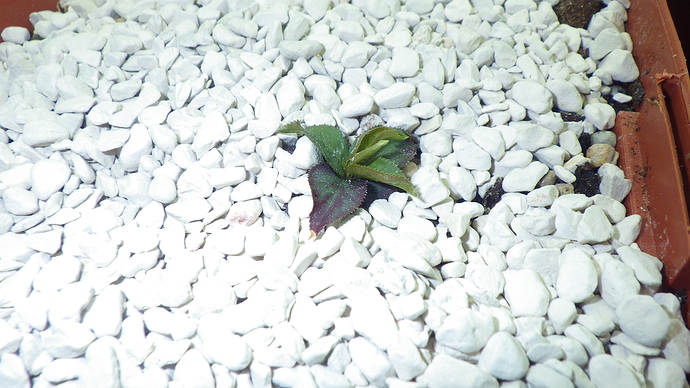 I have and Indian Free x Arctic Glo cross too, which of course looks like a peach! 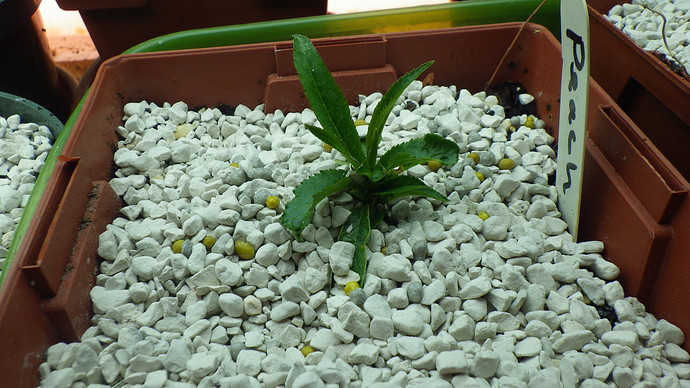 This one is from Honey Punch or Dapple Dandy. I got some of my seeds mixed up, I have 5 more pluot or Nadia seedlings. Hopefully some will survive. Also a 2nd Indian x Glo cross. I had 3 Indian Free/Arctic Glo crosses 2 years ago that an early fall freeze killed. They were about 2 feet tall too, man was I pissed! I lost 4 or 5 other plants and around 30 damaged young trees, vines, and bushes. So trying again! I got only 2 this time. 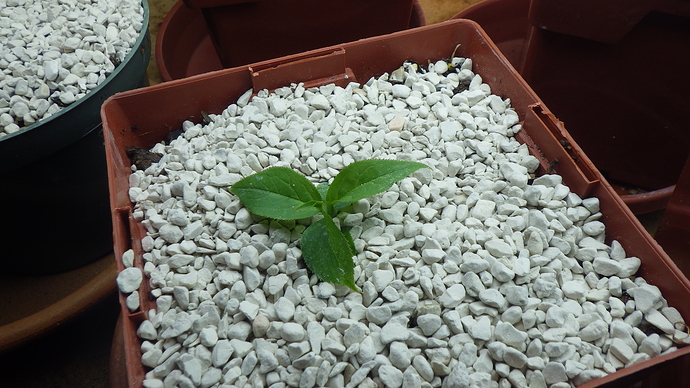 LOL. About the peach leaves, I was referring to Flavor Train Peach plum.

You know, One Green World changed ownership a few years ago?