You know, One Green World changed ownership a few years ago?

Seems like they are all doing that! Just Fruits & Exotics, Rolling River, And Raintree even was for sale at one point. I didn’t know about OGW too!? My experiences are with the previous owners. I will be ordering this year, not these trees, some filberts. They have sold them a long time, and I know one can have trouble with them. I want to try myself.

I received my two trees,a Flavor Train and Sultry Sunset Plumcot.
There are a number of scions from them,after pruning,added to my list at the Trading Post. bb

It has one flower bud. 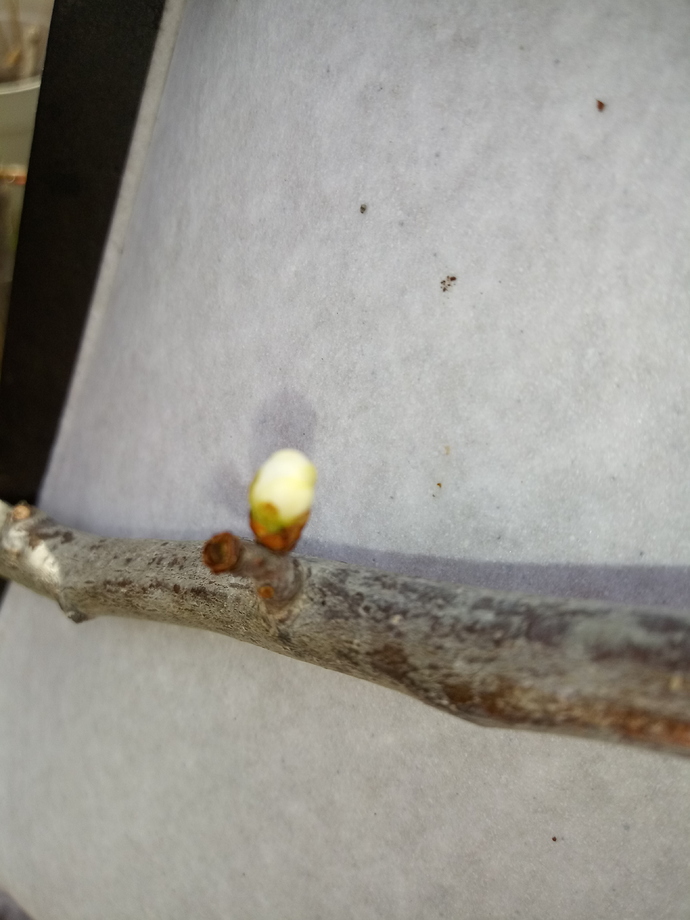 The foliage is starting to resemble like that of a Prune plum. 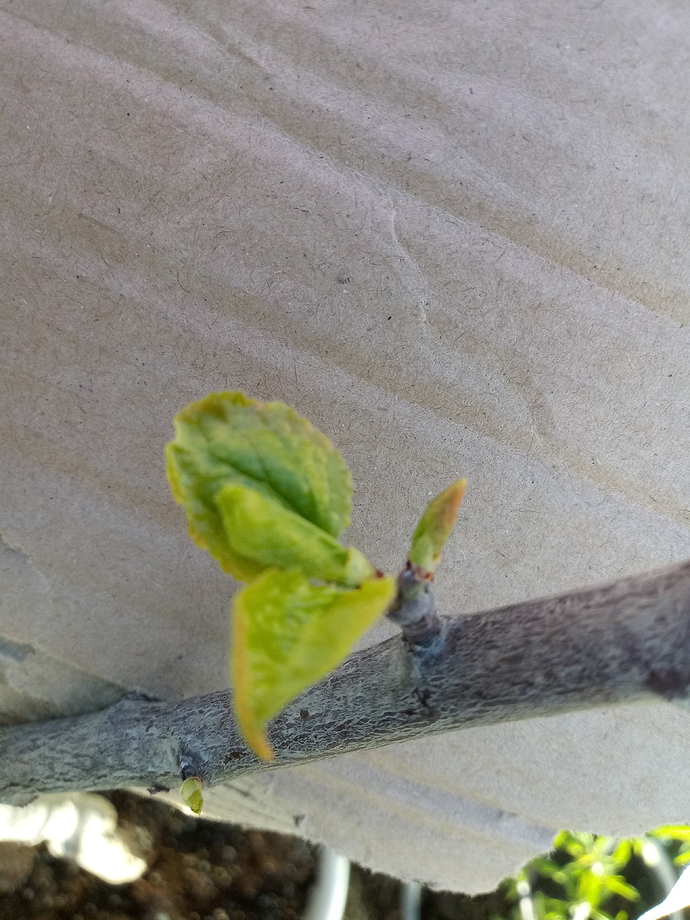 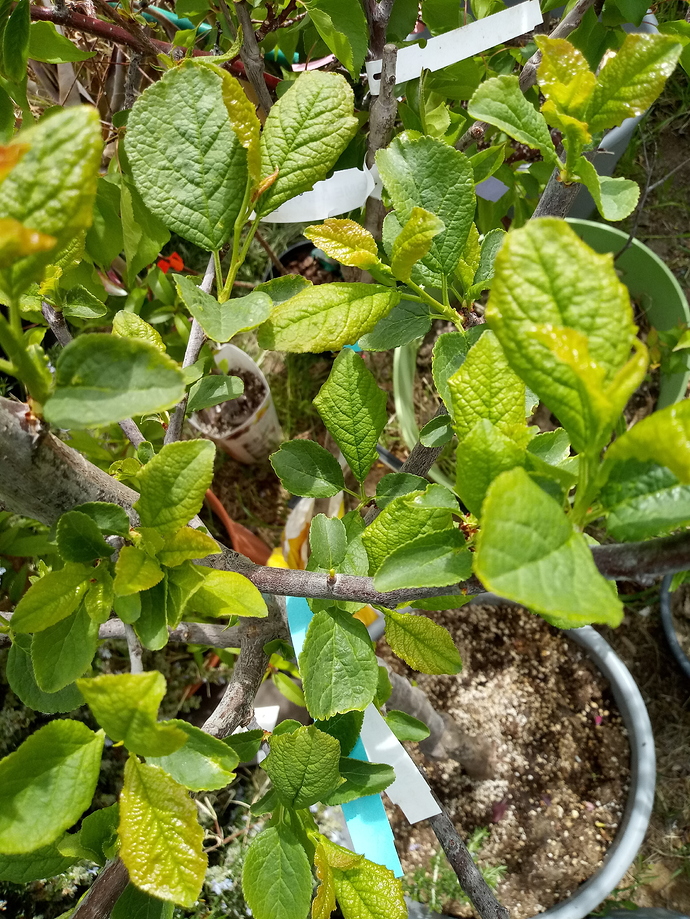 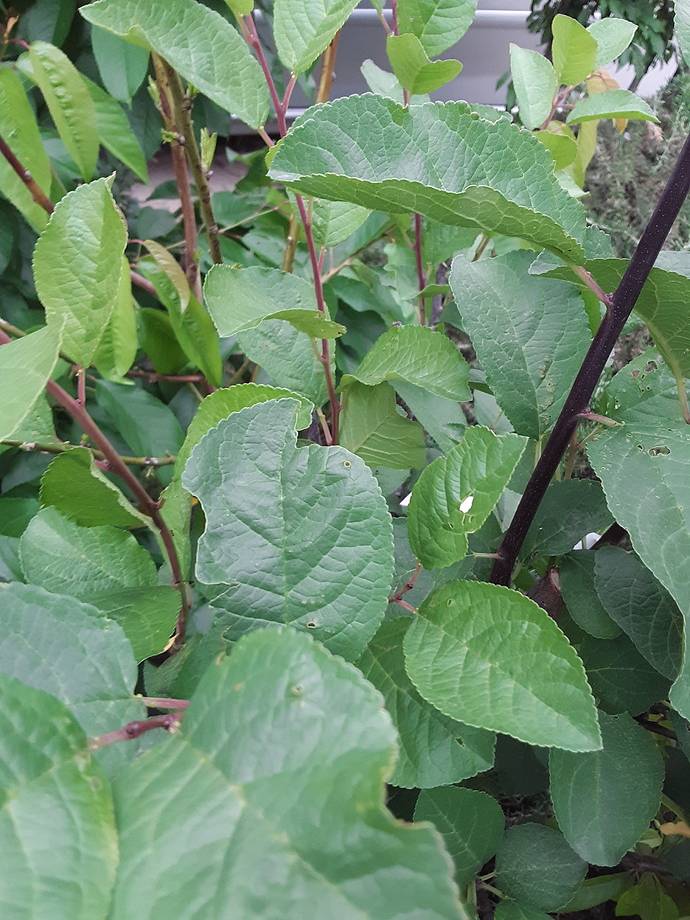 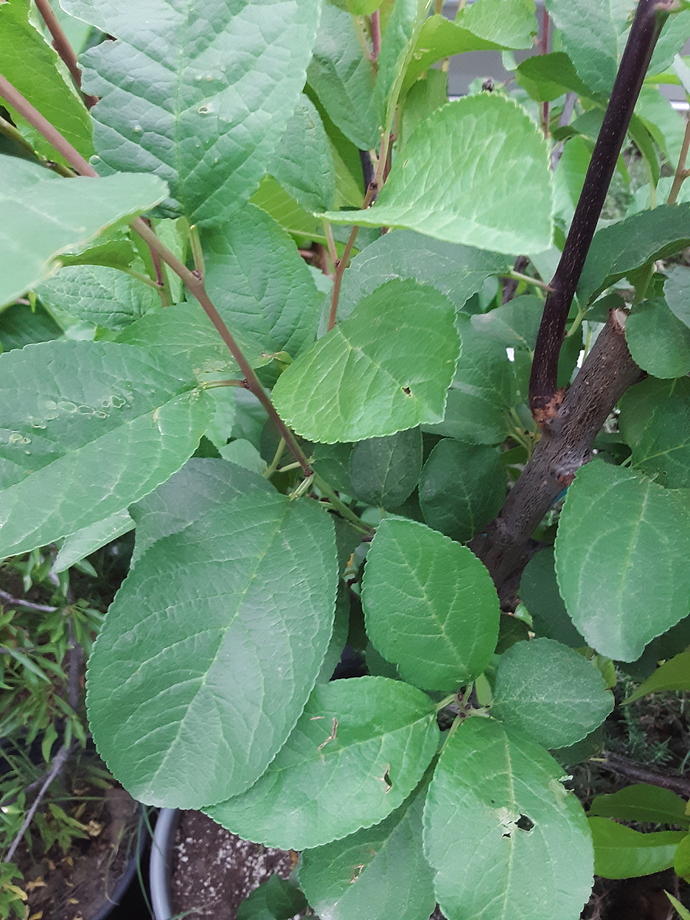 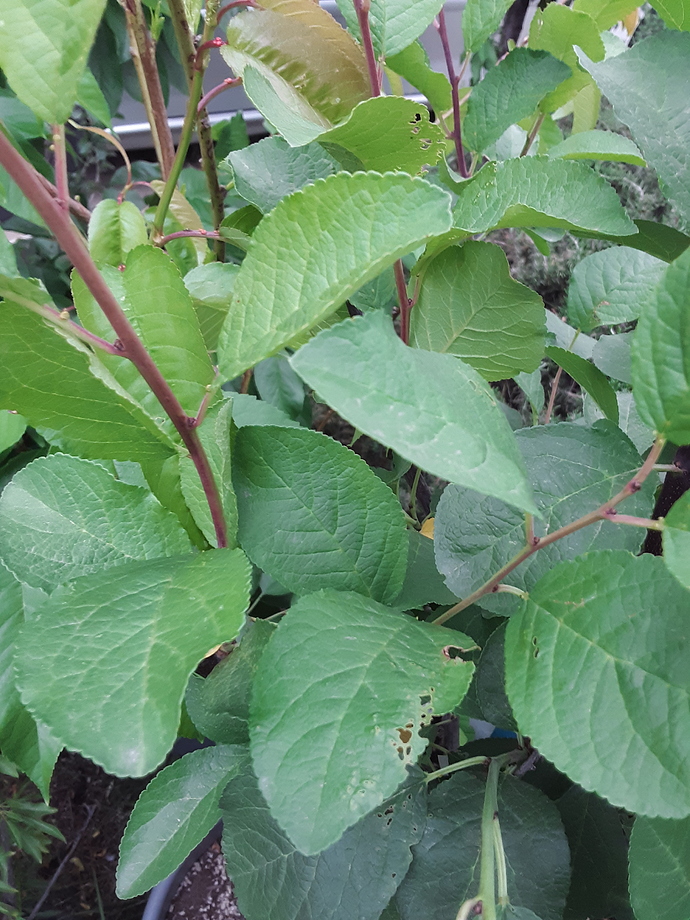 They are fast growing,Mine has put on about 3-4 feet.
The Sultry Sunset is almost the opposite,with the buds just starting about 2 weeks ago.I think OGW calls the tree a Plumcot,with Asian Plum,but the leaves are fuzzy,like a European.bb

If this is just an European plum and the fruit doesn’t taste good, what varieties can I graft onto?

Mine too, it put up four feet of growth.

If I remember correctly,Japanese Plum will go on Euro stock.Maybe that includes Pluot too and of course any European Plum.bb

Anyone getting fruit from their trees this year?

I hand pollinated the flowers with rainier cherry pollen. 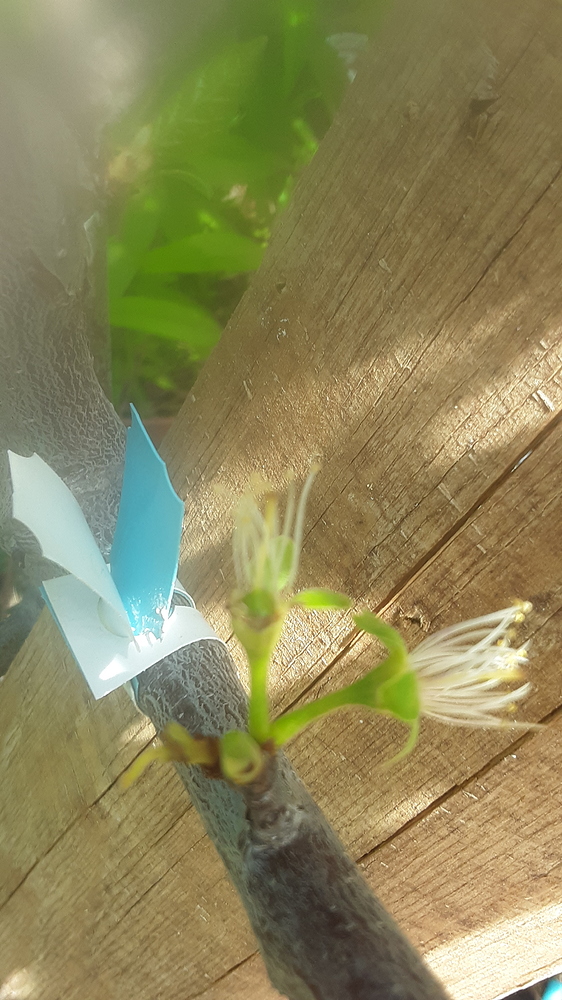 I planted 10 peach/plums and this is year 2. Top growth looks good. Flowers came and went, yet again, no fruit. Growing at 500 ft in the Willamette Valley region of Oregon.
Added some Hollywoods this year (after flowering season) and I had a Satsuma that flowered in the the vicinity of the peach/plums.
Finally, I have numerous existing European (probably) plums on the property that are bearing heavily this year (May 14 is my post).
Thank you for any insights. Wishing all a bountiful harvest this year.

Has Sultry Sunset fruited for you?

No,I may have given the tree to a friend,but grafted a small piece to another tree.One Green World might have sent me a Euro Plum by mistake.

Oh, too bad, I’m looking for opinions on it, and perhaps scionwood at some point.

Mine just died. it bloomed without setting any fruits

I too lost Sultry Sunset for no apparent reason. Mine was grafted on American plum. It grew for one, maybe two years, then died completely at the union.

Actually,there may have been a fruit last year,which looked and tasted like a Euro prune.From a photo on the OGW website,the leaves are Asian Plum.

I have a young Sultry Sunset, supposed to be self fertile and early. Mine might fruit this year. Branches are very slender.