Noticed there is no thread for goobers–so here it is!

I’ll go first! I’m new to peanut growing myself-- and am probably doing all sorts of stuff wrong. I selected the cultivar Tennessee Red because of its reported ease of growth, earliness, productivity and tolerance for heavy soils. I built a large ridge for improved drainage, fertilized only lightly (mostly kelp meal), and planted peanuts at 6" spacing. Used legume inoculant to ensure nitrogen fixing. Mulched ridge with rotted leaves.

They seem to be doing well, though I’m probably behind since I replanted twice because of seed rot and critters. Many pegs are already in the ground, and many others are reaching for it. (Hope they can make it!) Plants, once established, have shown no issues, save a little hopperburn earlier in season.

Will post some pics later. (Actually, posted this prematurely as I am fiddling around on a phone, and have stupid, clumsy fingers . . . “Somebody hand that man a sharp implement!” 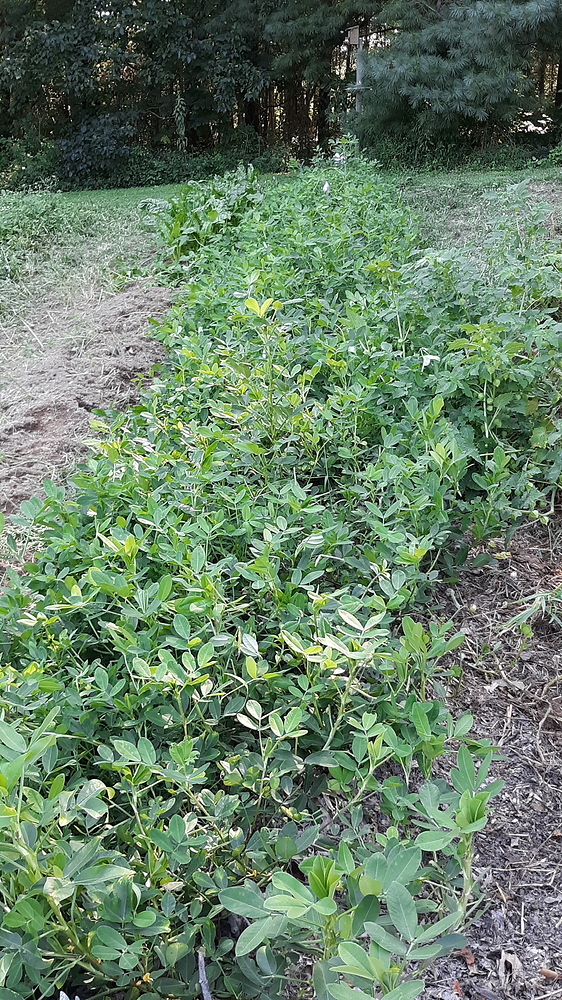 These have successfully pegged. 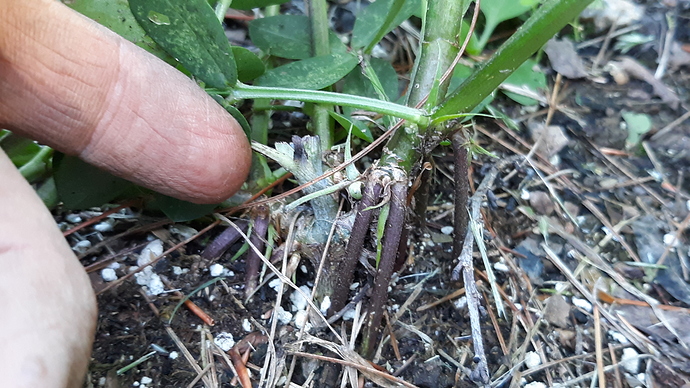 These have a way to go. Will they make it? (And will I have any peanuts at all? Stay tuned!) 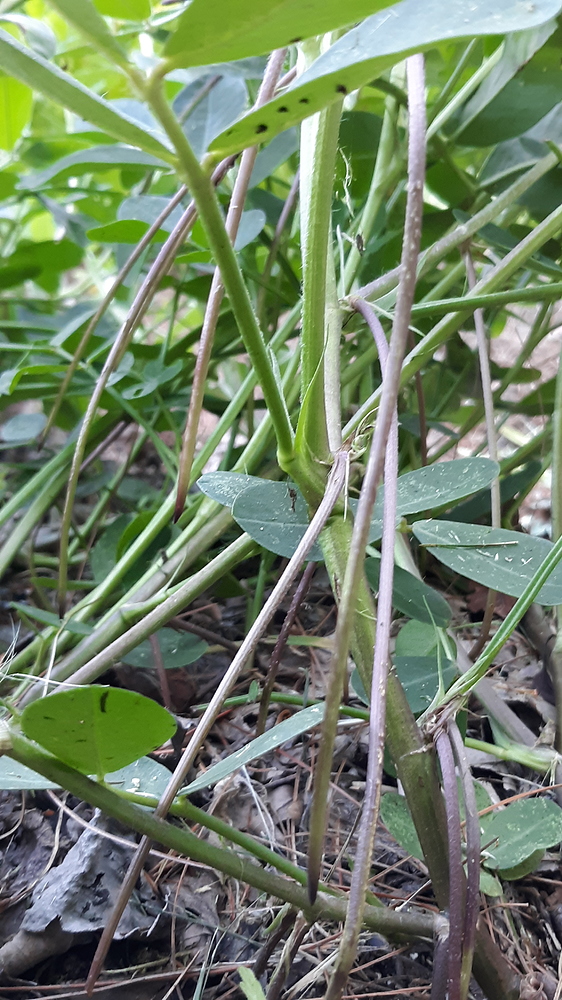 @marknmt Funny you should bring this up. I hear this every time I say “peanut.” A truly persistent earworm—and a triumph of the lyricist’s art.

I’ve grown Tennessee Red before. They produced pretty well and the peanut was tasty, though I was lazy and didn’t want to crack all the nuts I got. Your plants look better than mine, so I bet you are going to get alot of peanuts!
My soil was alkaline, so I had to add additional iron. It is also a clay loam. I didn’t have as many sprouting in the pod, but some seeds did sprout in the pod in the ground (before I harvested). As I found out this spring, I also missed alot of seed, so expect to have the ones you missed pop up next year.
I did have issues with armyworms, but I’m not sure if you have those were you are at.