Pick or not to pick is the question

Any advice is appreciated on when to pick my one and only Goldrush apple. First of all I know that this is not the typical ripening time for this apple but it has taken on yellow tone that is brighter than the pictures indicate. This apple bloomed earlier than most of my others and the tree is located where it got more sun at this time of the year. Is it ready to be picked? Is it about to abort? This is my first Goldrush an I sure would hate to let it go past its prime. Any thoughts are appreciated. Bill

It is from a this year graft and about 3" 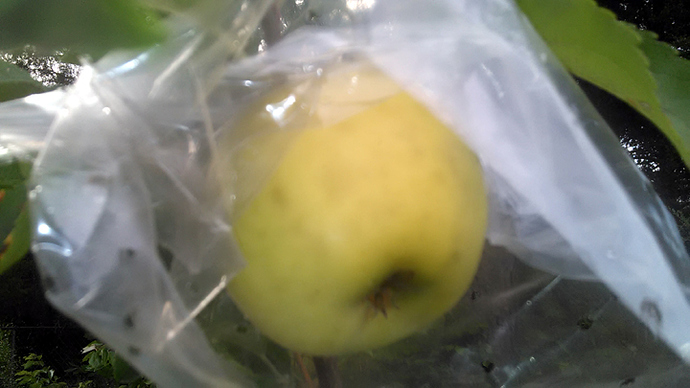 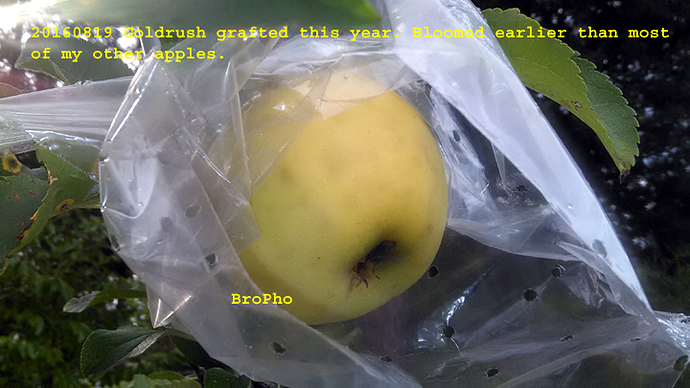 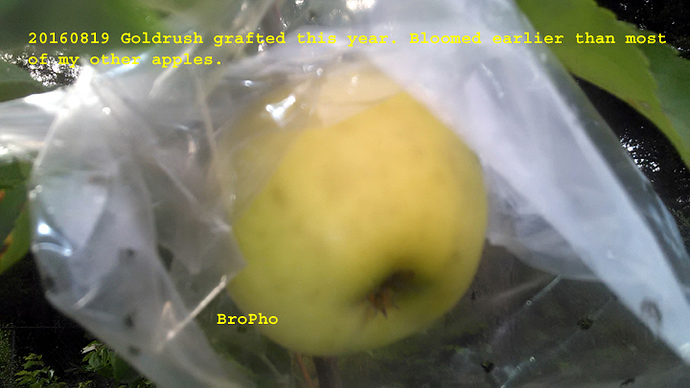 Bill, I know your climate is a little warmer than mine but it would seem likely that your Goldrush would be ready to pick now. Last year my Goldrush were picked in early October. I guess no harm in cutting one open to see how it tastes.

I’m really close to ur zone and I just ate one of my goldrush’s. It is really tart and lacking sweetness. Mine also look like the one in ur picture. The taste of mine is like a more sour granny smith. Birds were really going all out on my apples until I netted. Hard to say what to do.

Bill I would sacrifice one and look at the seeds if it pulls off the tree easily. If the seeds are brown then I would say your close. I figure you are still a shade early because they are a very late apple here (somewhere around November). That would put you over 3 months ahead of us. See if someone close to your area posted on a site like this one http://www.orangepippin.com/apples/goldrush .

I think he only has one Apple, maybe I misunderstood?

His problem is that he has this one lonely goldrush apple.

Since it is in a bag, you should figure out a way to keep it attached to the branch so if it does abort it doesn’t fall to the ground for the varmints to eat…

The PRI description suggests it gets a fairly heavy red blush to the sun exposed parts. So maybe that would be a decent indicator.

Don’t be me (and pick everything a week or two early), is what I am going to say…

My thought is about the same. Don’t pick too early. This seems way too early. GR stores for a very long time. It’s not going to go mealy on the tree unless it’s cooked.

Thanks to each of you for advising me. I was worried that I would let this one and only slip by without a decent bite. Tomorrow I’m going to try and secure it from squirrels and wait awhile. I think it is a great idea to make sure it doesn’t hit the soil if it aborts. Turning slightly red when it is ripe will be another clue for me to watch for. Thanks again to everyone. Bill

I picked some seedling apples today and some were already too soft. They should have been picked a week or more ago. Being unknown seedlings, i had no idea. Now i know.

Bad news good news. While securing the bag I pushed a little the wrong way and it separated. The good news is that it was the best tasting apple I have had this year. It had a bad spot on the bottom so I guess it just ripened early. It is a very good apple with good sweetness and a desirable amount of tartness. 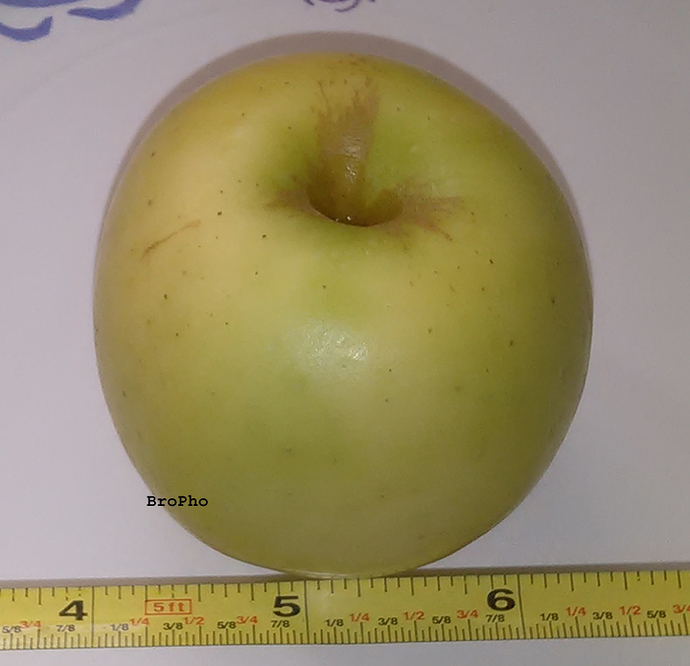 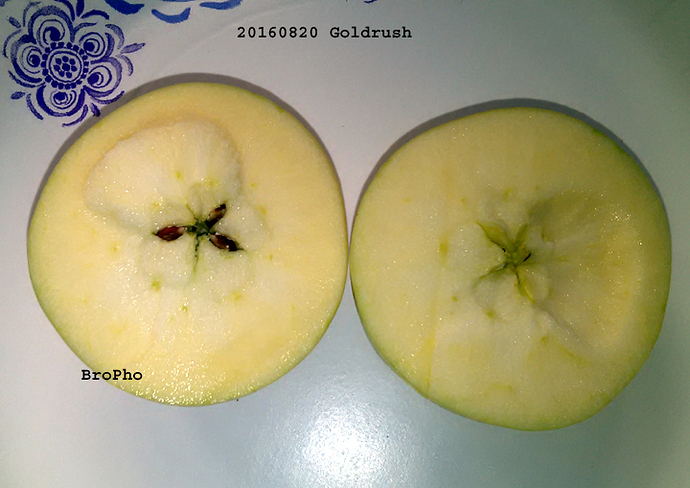 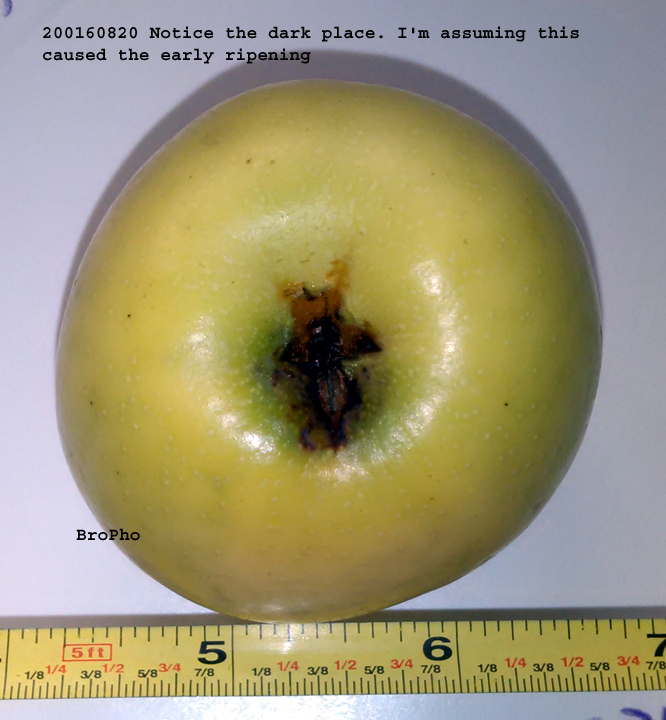 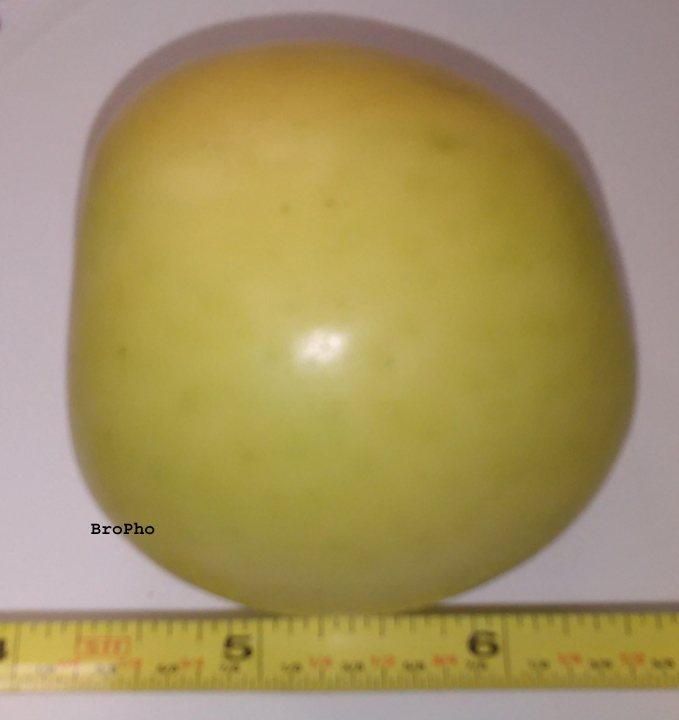 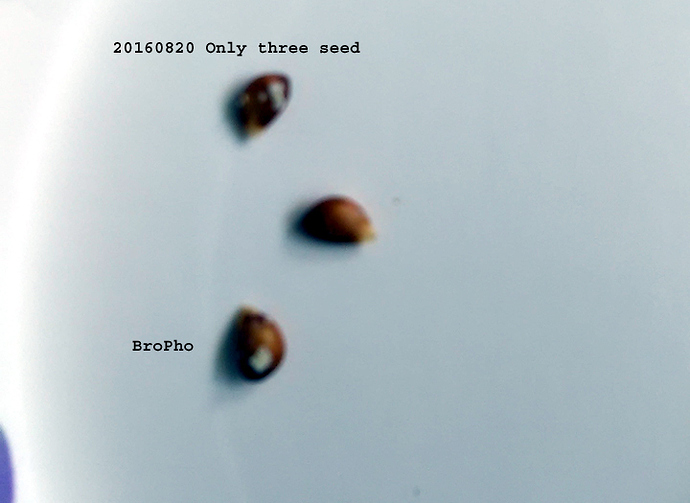 Seeds are brown. It was ready enough to be good. Glad you enjoyed it.

Ideally, Goldrush obtains a bit of red speckling and a golden blush. But they might ripen in the South before they ever have a chance to speckle up.

This year it dropped all its fruitlets and went biennial on me.

Matt sorry to here that about goldrush I heard good things about that tree.

Glad to hear it was good. My 2nd year Goldrush on G41 has a few apples, all of which are still very green. The tree has been very vigorous, so I’m hoping for a much bigger crop next year.

I’m hoping for a much bigger crop next year.

I grafted several of the Goldrush so I might have a few more next year. I just got lucky with one of the scions blooming and the fruit stayed on the tree long enough to get a decent quality apple. I was anticipating it to taste like a Pink Lady but it has it’s own flavor.

Since the title of this topic is my question,I’ll post it here.I bought a tree from Gurney’s about three years ago,a Chojuro and Drippin’ Honey combo.
There are no DH this year,but when is a good time to pick the Chojuro fruit,if that’s what they are?Some sources suggest mid to late August.Do they need to develop russeting?I’d like them to get bigger also.
This is the first time the fruit has stayed this long on the tree,because I netted.
Here are a couple of pictures taken today. Brady 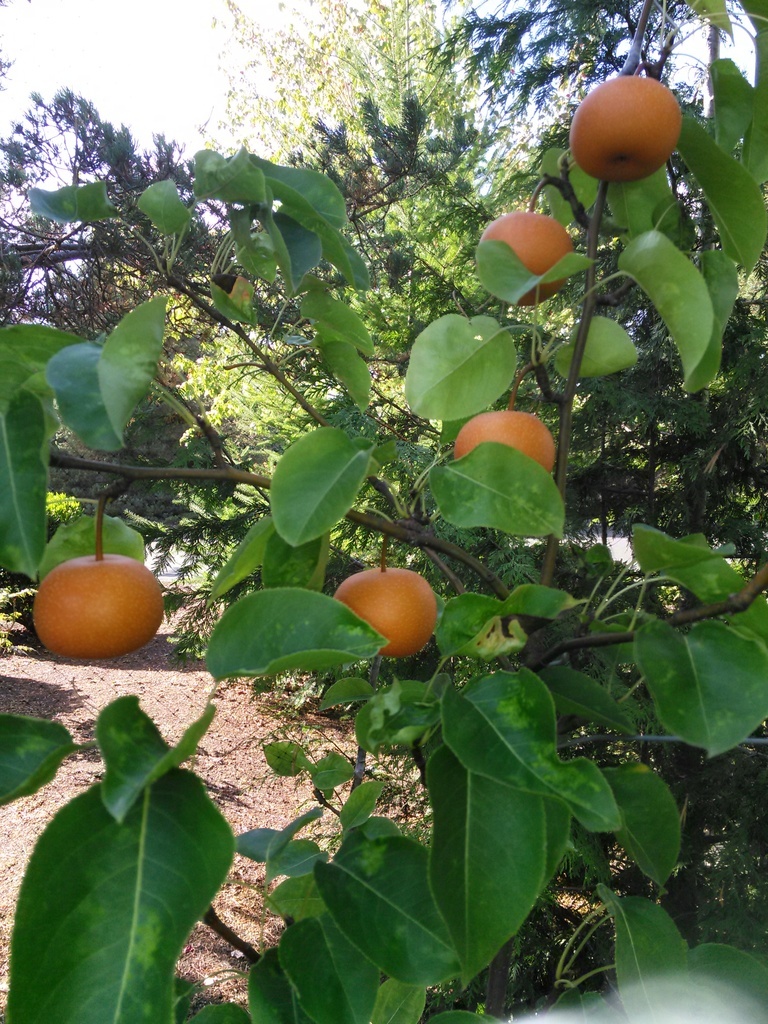 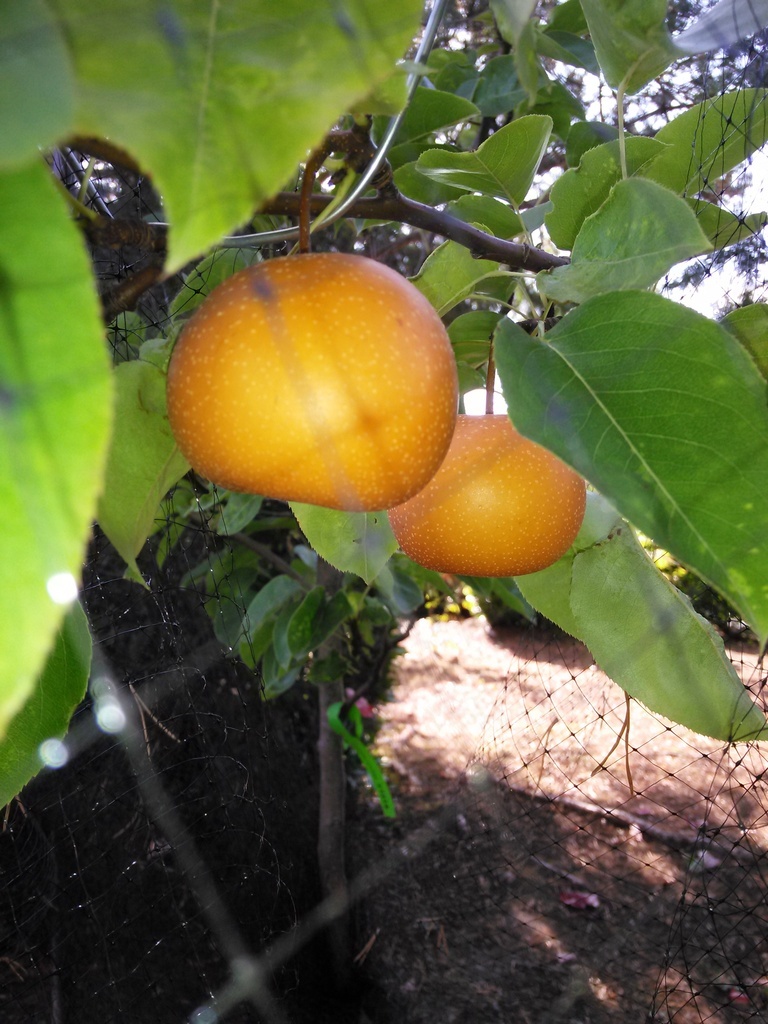 Brady,
Those look ripe or close to it. I’d pick one and eat it.

I have an unknown Asian pear that I just picked and it was ripe. I have gotten a small amount of fruit from it the last two years and it just won’t get very big even when thinned properly. Your pears look ripe to me but as Clark said try one and see if it is. The pear in the bottom picture left side looks like it would be perfect.

I just picked my Chojuro (all 2). I gently lifted them and they came right off. About as perfect an Asian Pear I’ve ever had.