Plum size is bigger than an average apple,.What plum it could be?

I just bought some red plum from grocery store. The plum is huge in size ,over14 oz each. (Took the picture from top so it looks like only 14 oz but if looked on the same level as the scale is at .it is actually 15 oz!) I am wondering what plum could possibly grow this big. Anyone here has any guess? The flavor is average sweet ,not trace of tart in the skin or flesh. The texture is crunchy. 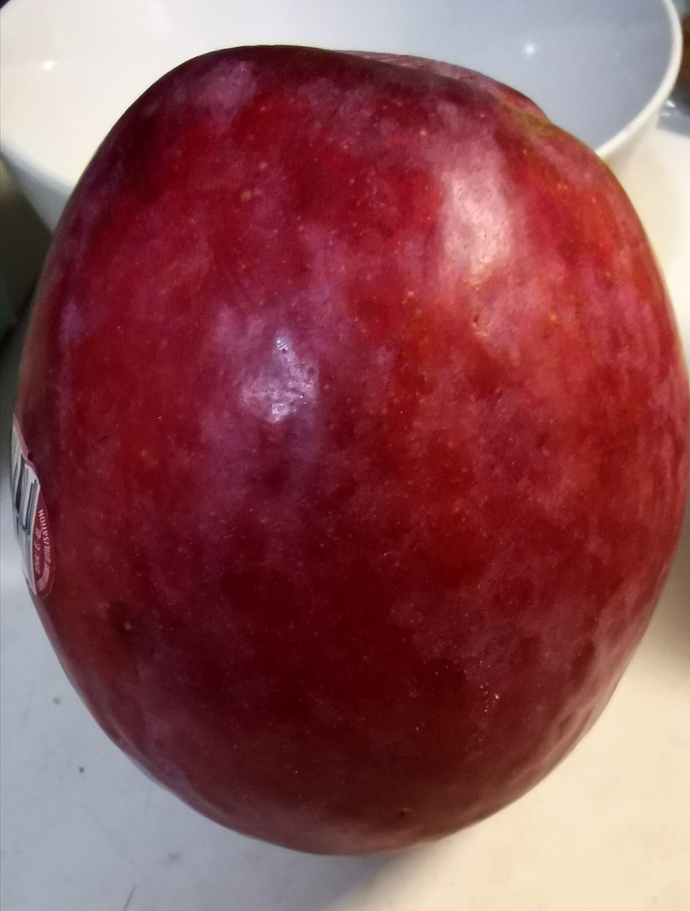 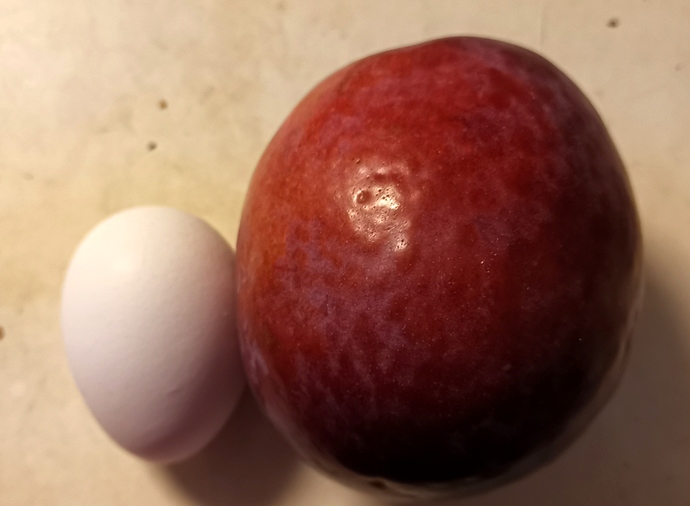 What does the label on it say?

Looks like one of the new pluot varieties. Some get quite big, especially when grown in CA with too much irrigation and endless sun. They often have that pitch-pocket effect in the photo above the seed. They could have achieved the same volume of sugar with leas water, all in a smaller and sweeter package without the surplus water- but you bought that water.

I also think it could be a pluot for something with sweet and crunchy characteristic.

What does the label on it say?

I guess it is a type of pluot but I think I prefer have a smaller size plum/pluot than such large one. I can’t only can eat half of it .
I bought it just out of the curiosity. In general, I avoid buying too large size fruits, peach, apple…

@IL847
A few things you may want to know and you can read with that PLU code can be seen here https://www.consumerreports.org/cro/news/2010/05/what-do-plu-codes-say-about-your-produce/index.htm
"What do PLU codes say about your produce? 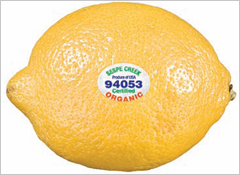 You know those little stickers on fruits and veggies? They’re called price look-up (PLU) codes and they contain numbers that cashiers use to ring you up. But you can also use them to make sure you’re getting what you paid for. Here’s what to look for:

• A five-digit number that starts with a 9 means the item is organic.

• A four-digit code beginning with a 3 or a 4 means the produce is probably conventionally grown. For example, regular small lemons sold in the U.S. are labeled 4033, large are 4053; small organic lemons are coded 94033, large are 94053.

• A five-digit code that starts with an 8 means the item is genetically modified (it has genes from other organisms). You won’t see many of those because only genetically modified versions of corn, soybeans, canola, cotton, papaya, and squash are now widely sold. And because PLU codes aren’t mandatory, companies can label those items as conventional. The problem is that although an estimated 60 to 70 percent of food items sold, including packaged goods, have genetically modified ingredients, little is known about the long-term effects of consuming them, and concerns have been raised about an increase in allergies and other health issues. For more info, visit the Non-GMO Shopping Guide website."

Your fruit is in fact a large red plum i found it in this database http://simonianfruit.com/produce-plu-codes/

The location was from California https://www.linkedin.com/organization-guest/company/simonian-fruit-company?challengeId=AQF32jnubSdEdAAAAXU807EaD5zCPhQdLoZrQoidXDljMKeD7M9ZECKxYbh3mDrNRHxp2RUxAp68A4-bfqElOzUVULvgn5ZoGw&submissionId=a9c6311b-6527-3f16-234b-77d1f9c54968

The variety was flavor fall which ripened on September 12th http://simonianfruit.com/plums/ 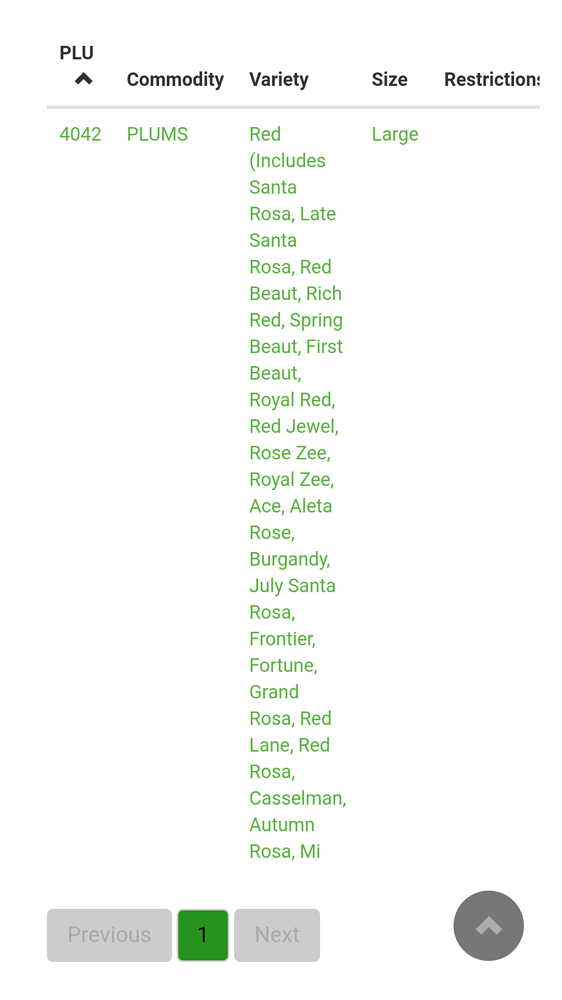 It seems it is a pluot which, as far as I’m concerned, is another word for J. plum created by the Zaigers. Maybe there is cot in the DNA, but beyond that it is simply a high brix J. plum that sweetens while still crisp making it not only a fruit you can enjoy crisp as well as soft but giving it exceptional shelf life- apparently even when you give it too much water. None of a pluots qualities can be found in an apricot, which doesn’t get full sweetness until soft and has completely different flesh in texture and appearance, obviously more peach-like than plum.