Podcast about the LSU Groundnut Project

The Poor Prole’s Almanac podcast has an interview with Dr. Blackmon, who led the LSU project 40 years ago. 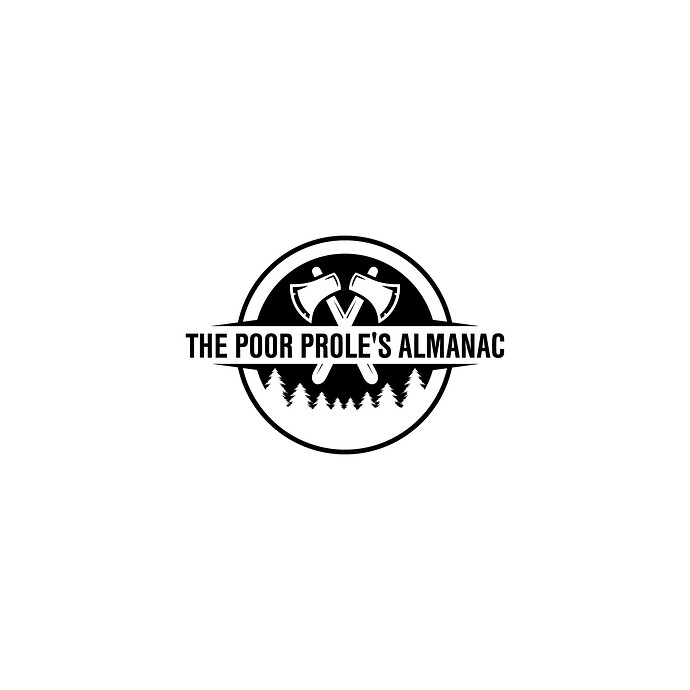 The Perennial Future that Almost Was; The LSU Groundnut Project with Dr. Bill...

Thanks for this. I’ve been interested in getting a few of the improved varieties but always seem to forget.

Thanks for this, really interesting.

I bought a few of the (hopefully legitimate) LSU improved groundnut tubers in October and planted them out this spring. Vines are growing nicely, but no flowers yet. I have not attempted to see if they have made tubers yet, but will dig these plants up late fall and replant them in a better and more permanent spot. I’m really hoping these and J. artichokes will satisfy my family’s needs for potato-like starchy tubers

Where did you get the LSU tubers? 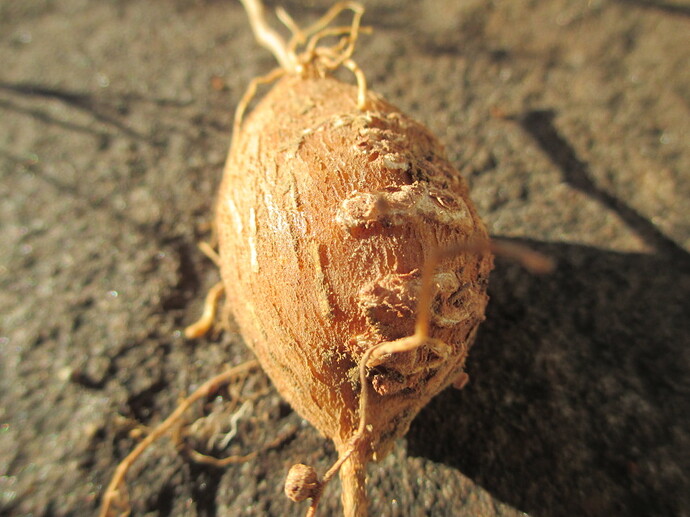 After listening to the podcast and reading the posts on here I was really curious about the taste of these LSU groundnuts, and couldn’t resist digging one up that I found close to the surface while weeding around them. I washed, peeled, and sliced it into thin slices and fried it all in a smidgen of bacon fat until the pieces were a nice brown color. 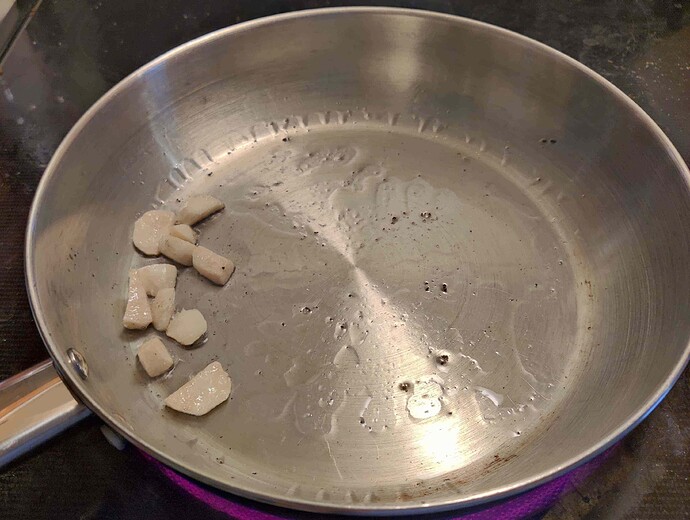 The “chips” were nice and crunchy - I think the tuber is a bit more dry-fleshed than potato, or at least the one I harvested today was. The flavor was good and very potato-like, only with a slightly sweeter and nuttier finish, no bitterness or anything “off” that I could detect (minus a couple of pieces I may have burnt a little lol).

Overall, I really like these. I need to harvest and cook a few more to really compare them (without bacon fat

) but I think these and improved varieties of J artichokes are very promising potato substitutes, and as a bonus, are really pleasing plants to grow (and often useful in other ways!)

My kids were asking for a whole bowl for themselves after trying them, and were kind of bummed to know I don’t intend on harvesting anymore this year to cook with. 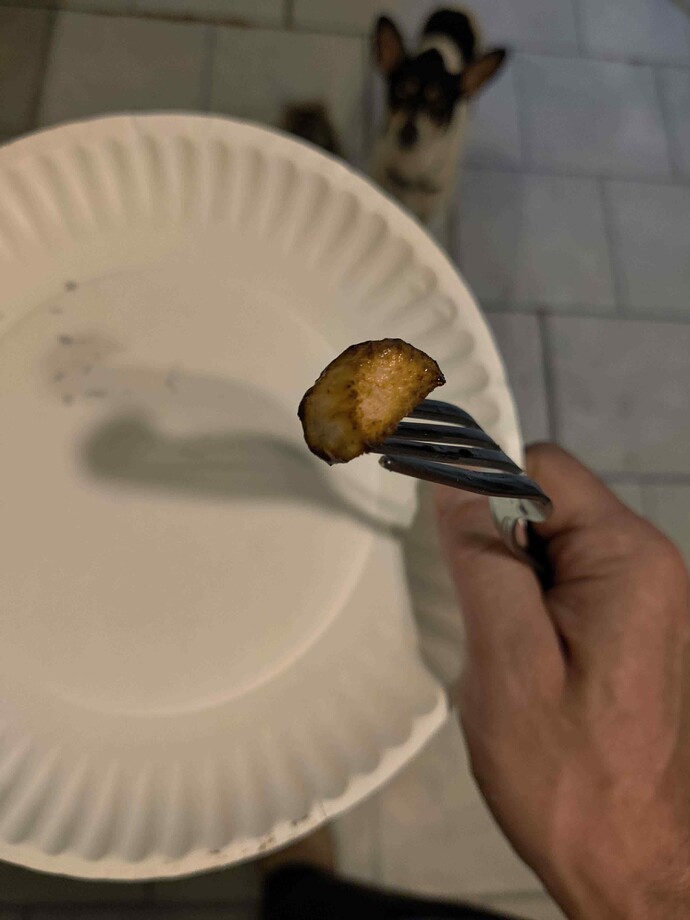 On that note, I’ve heard that these are rich in some starches that are a bit hard to digest, similar to J artichoke – does anyone know if that is true? I don’t think they contain inulin

i have the kennebec groundnut from the now defunct oikios. ive spread them around under my big pines so now i have 10 patches. im going to dig and try some this fall once they go dormant. mine are just started flowering now. very cool looking. also got a red and white j. artichoke from them that hasw spread into a 6’ x 12’ patch from 2 tubers planted 3 years ago. its surrounded by lawn so i can mow to control them. i havent tried them either. wonder if the lsu ones would survive here? guess the only way to find out is try them.

For preparing them I highly recommend just rinsing off and then boiling whole strands of tubers. After that the skins are easily peeled off with your fingers and much of the fibers running through the middle can be pulled out when separating the cooked tubers from the stringy rhizomes. They’re good plain, but can be seasoned to taste.

I’ve had mine, from the LSU project, for about 25 yrs. We have sold them online for maybe 5 yrs. They tend to take over, but since beating them back involves feeding the vines to goats, and leaving results in N fixation, I can’t complain too much. never found them really tasty any way except cooked in stews.

The reddish 1st yr roots are sweetish, the 2nd yr roots are most apt to be fibrous, the 3rd yr roots are starch,y and thicken a stew very nicely. Any older roots that haven’t plumped up big, I put back in the ground for next year.

I have a feeling that given the news this last year or so, that people who bought Apios roots to plant are glad they did.

i sure am and Jerusalem artichokes also.