The haskap was starting to leaf out already so that’s probably why the bark was slipping. I had a five-foot-tall invasive honeysuckle growing wild in the circular drive that I cut down to about a foot high. The haskap when trying to do a cleft graft to the bigger stock just separated from the white wood so what I did was cut a ring cut about an inch up from the end and pulled the bark off like a straw from the scion. Then on the 3/4" dia rootstock I opened up a flap and did a bark graft. The haskaps leaves were about 3/8" long so it wasn’t dormant. They all sat there for about three weeks not growing while the rootstock already growing a foot. Finally one started to grow and the others started to die. That graft grew two branches about a foot long. I am waiting for a bush that grows long sweet tasting berries to get bigger so I can cut scions off of that one. It’s my favorite of the four varieties that I have but the smallest. I have to find the paper I put my notes on to figure out the names. I do know the one I took scions from was Honey Blue. It’s my biggest bush but the berries are sour. I really need to start thinking about grafting these when the snow is still on the ground, and not three weeks later. It might be easier to t-bud these with a razor blade because of the bark so fragile. 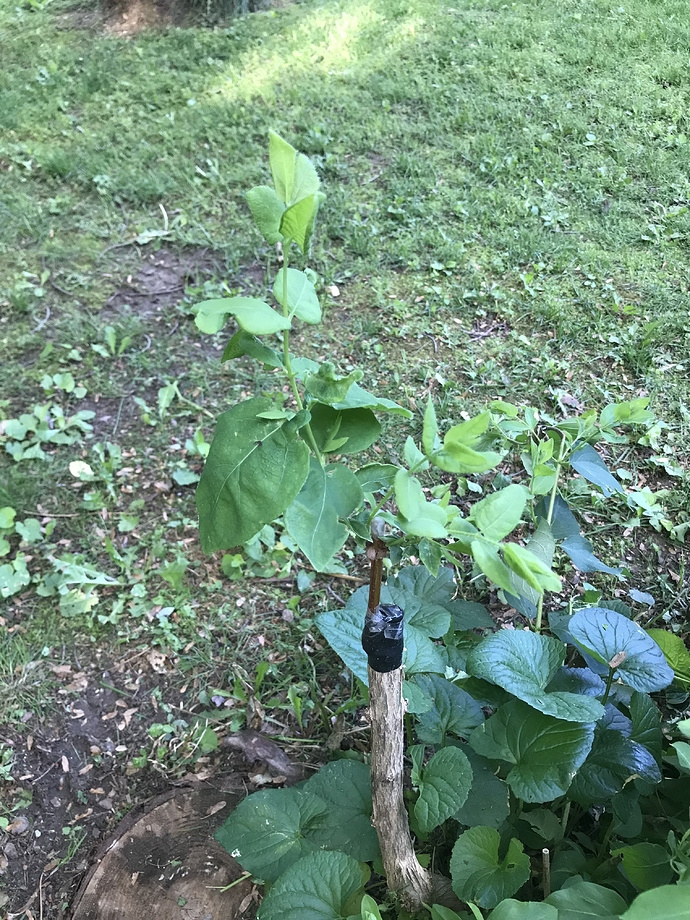 This is the picture I posted June of last year.

I just wanted to that you for this topic. I started reading it last year, (before I signed up) and it was great to see how easy they are to propagate.
Late in the year I just pruned a bunch of bits and tried simply putting them in cells with potting soil and watering regularly.
Various trim points were tried and I did cut the leaves back like you had done. After the winter, it looks like 8 or so have survived! (Out of 30)
Considering that almost no work was done, I’m pretty happy with that. ( kiwi are super easy and I started with those, so while the higher failure rate is relatively disappointing, I know it’s still not bad)
Now I’ve got 4 large branches where I’m trying the air layering in the hopes of getting big baby plants at the same time as pruning some low branches.
If it works, my friends will have their own haskap patch.
Thanks!

i didn’t have great success rates, but repotted a bunch of cuttings yesterday… 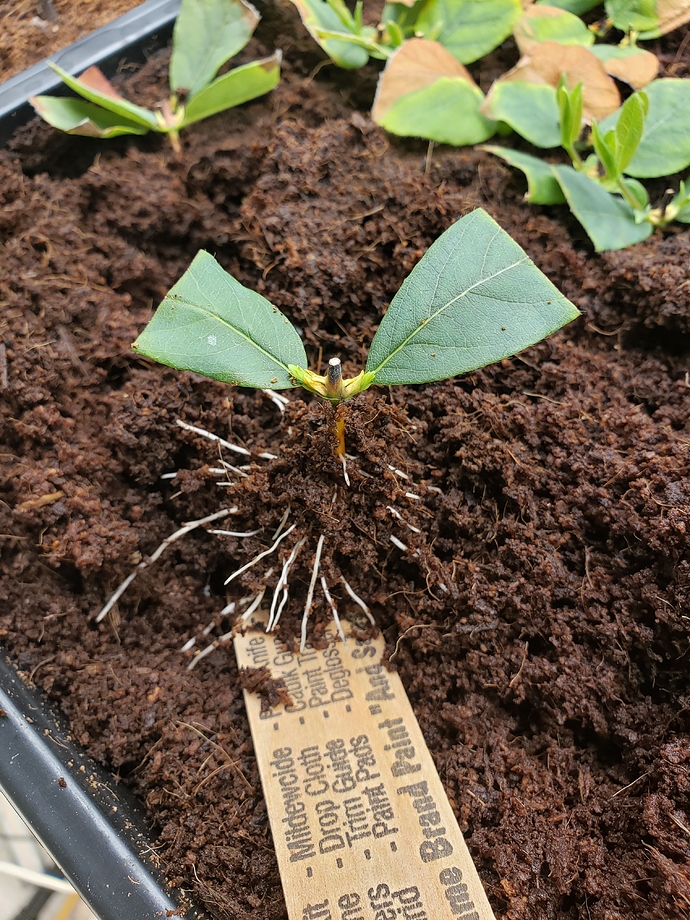 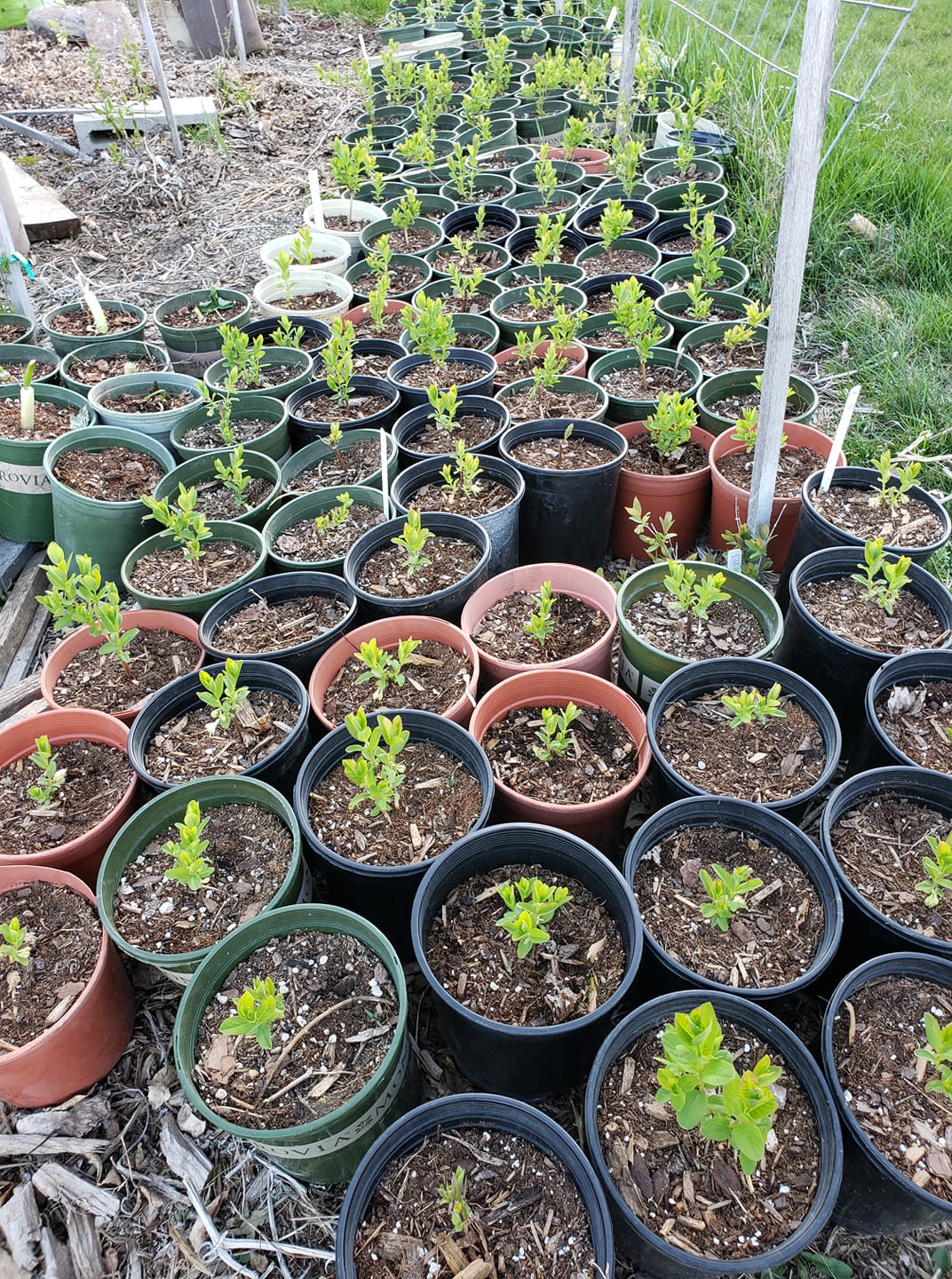 Picture from a couple weeks ago, will try to take a new one tonight maybe… 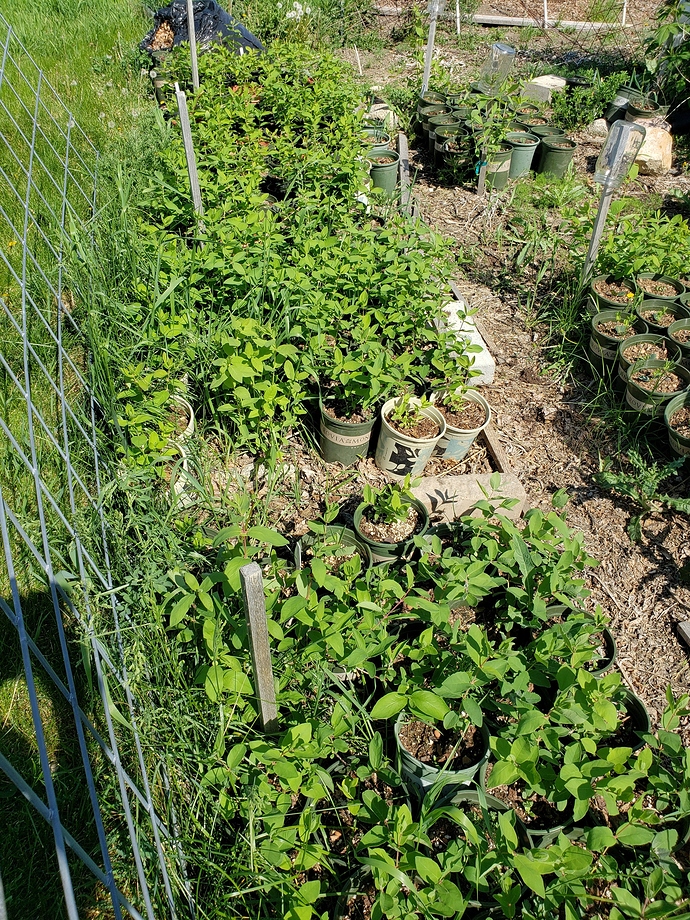 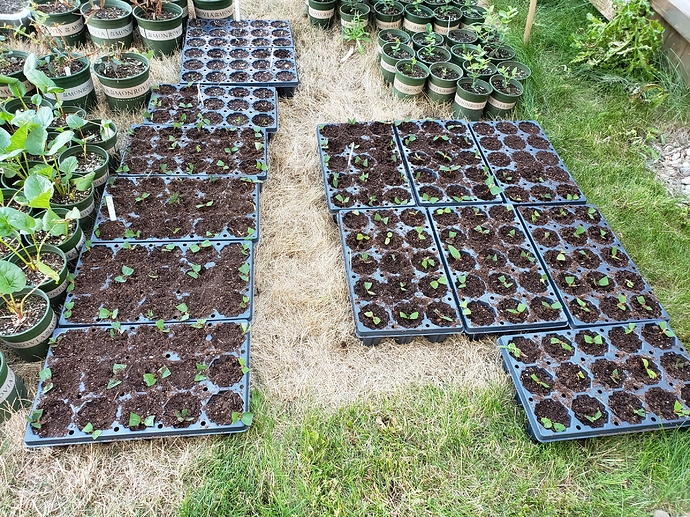 haven’t updated pics of cuttings in a while… these things have grown crazy this summer. 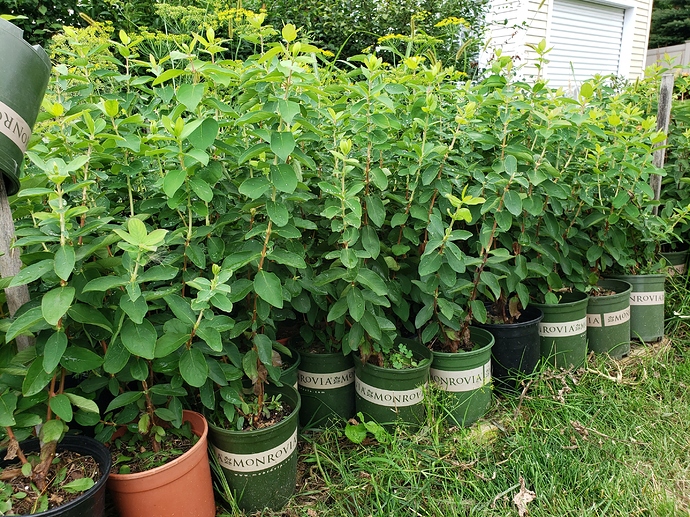 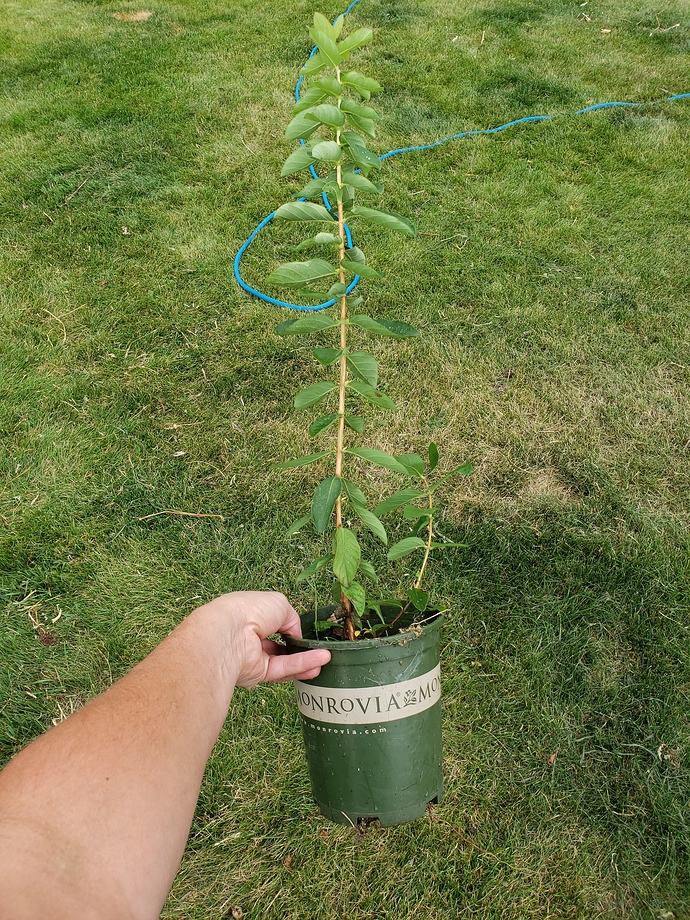 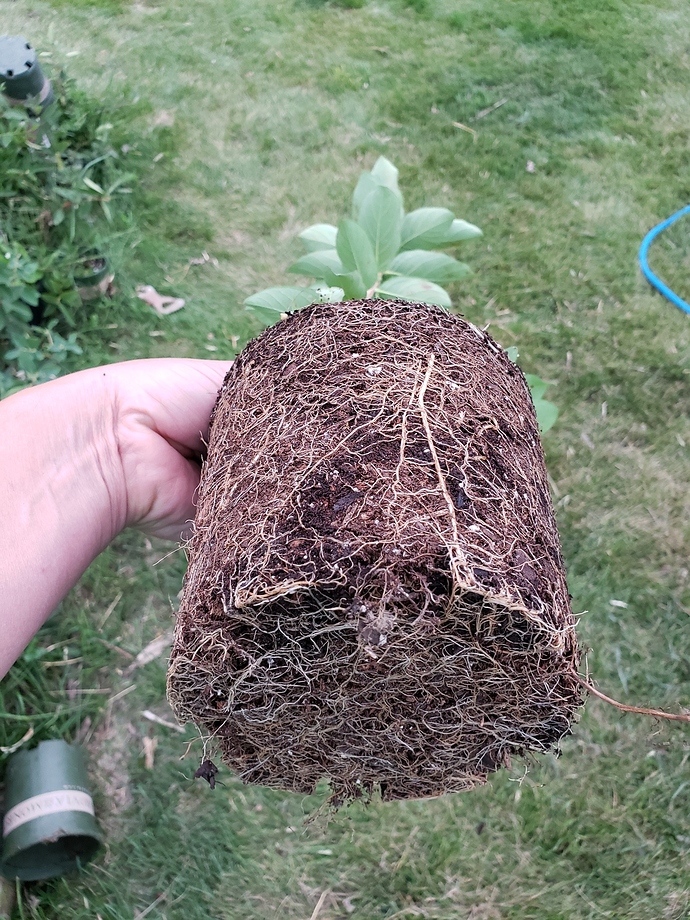 I had good results on softwood cuttings taken right before the first frost. Got two of three in two weeks on beauty and you helped me identify her as i got her and beast confused! Just took a couple to move them next year and was motivated by your posts thank you.

Hi Moose, I’m curious about the Ohio Treasure…I tried to get a few going and they died.second time I tried same thing…are they a bit fussy ? I have Jewel and Mac and Niwot , and had no trouble with them. How do they compare to Niwot or Jewel for flavour ?

i haven’t tried propagating them. i don’t have the others to compare. its nice to get 2 crops from them. i think i got a virus in them because all but 1 plant died suddenly. i have 1 left thats doing ok but not fabulous. i had them in raised beds so i doubt it was root rot.

Oh I wasn’t propagating…my plants that I bought died…I was wondering what the OT berries are like in comparison to other black caps…say Niwot for example…I don’t care for the primocane berries on Niwot. …the summer berries are better but not as good as Jewel .

very interesting you say that…exactly why I am asking…I had 3 plants that did not make it…which is not unheard of with raspberries but at the same time , rasps are not exactly hard to grow…I had my second few plants when I tried again also in raised beds to make sure they were not getting too much moisture because I could not figure out why they died the first time…and the same thing happened they leafed out and started to grow then died. Now Niwots are super hardy vigorous plants…almost scary the way they grow…but I didn’t like the primocane berries and the summer ones are just OK…I thought OT would be a good alternative…also primocane but possibly better tasting ??? but they don’t grow easily from what I can tell

same thing happened to mine. they were growing nicely then all of a sudden the leaves turned brown and they died. usually if its the soil the plant struggles for awhile then dies. this was quick. strange. my red raspberries grow like weeds here. my raised bed was bag soil , perlite and compost. where they were, they only got the regular rain with no supplemental waterings except the 1st season,. my strawberries right next to them in the same soil are doing great. the O.T is a good tasting berry. little smaller than the more commercial berries but were very productive. if my one plant survives its probably immune to what killed the 3 others so i should be able to propagate more next summer.

messing with some hardwood cuttings, various concentrations of rooting hormone, bottom heat in cool garage… I used Woods hormone and 60 second dip, then they were shaken and allowed to set for a couple minutes before adding to a bag with sterile rooting mixture. Set bottom heat to 68f, lowest my mat will go, or I probably would have done something closer to 65f. 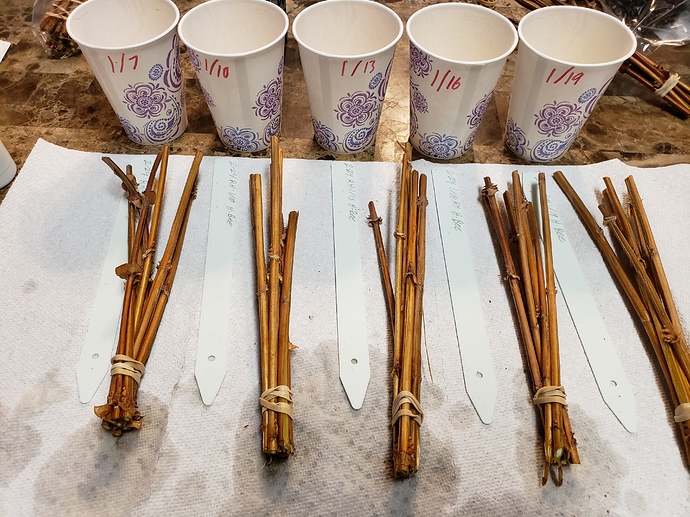 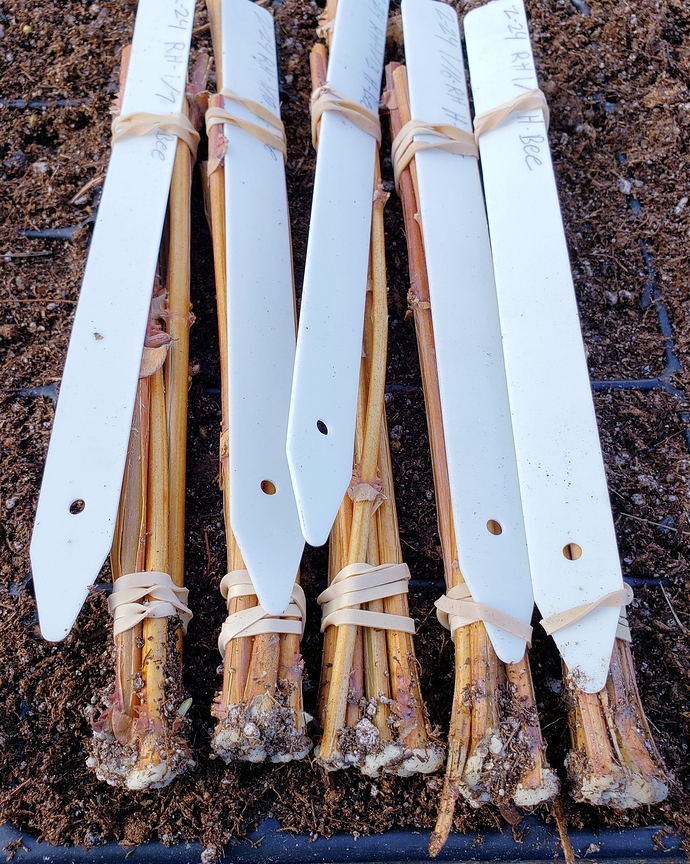 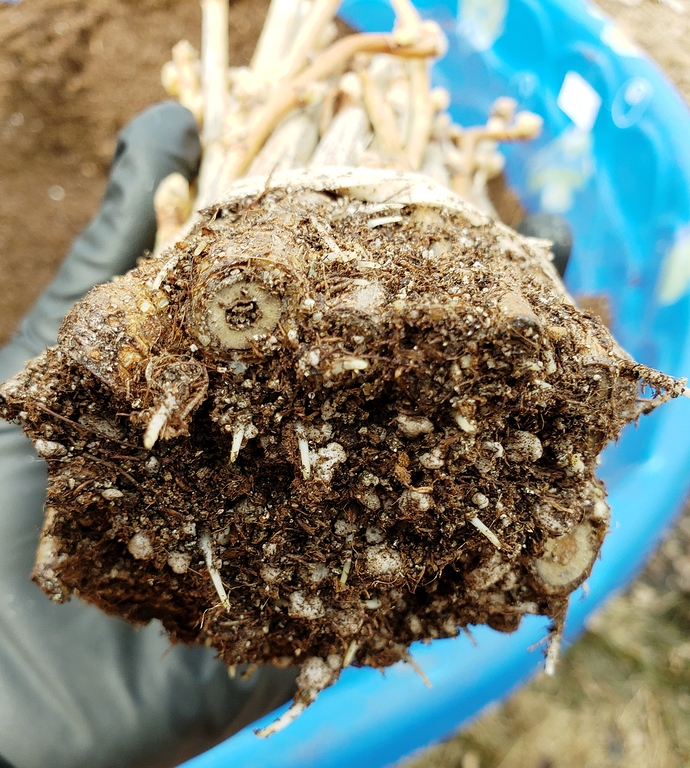 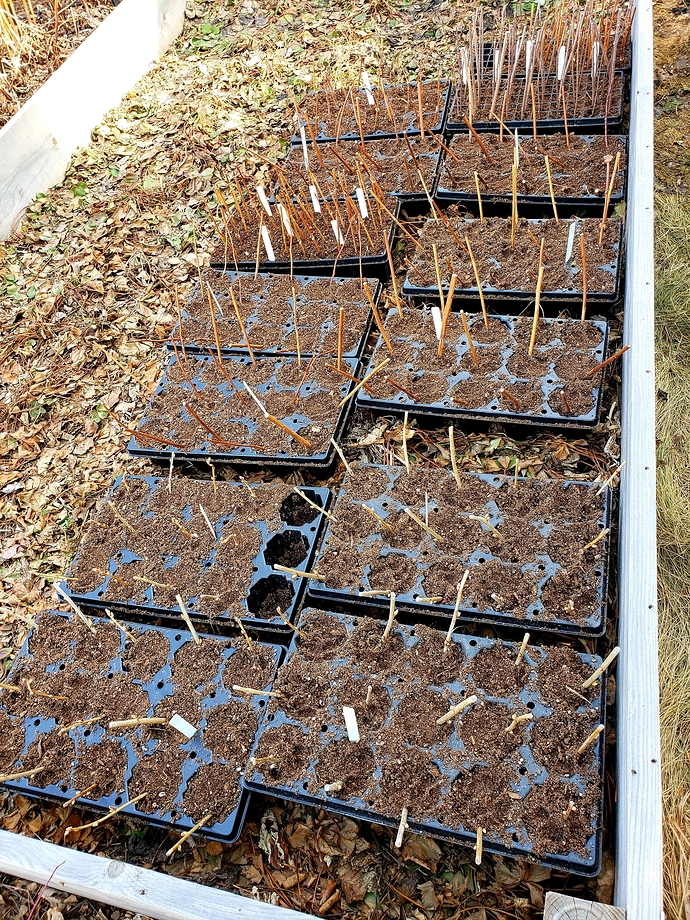 potted up a bunch of haskap plants today that were rooted from cuttings last year, most are breaking buds already. 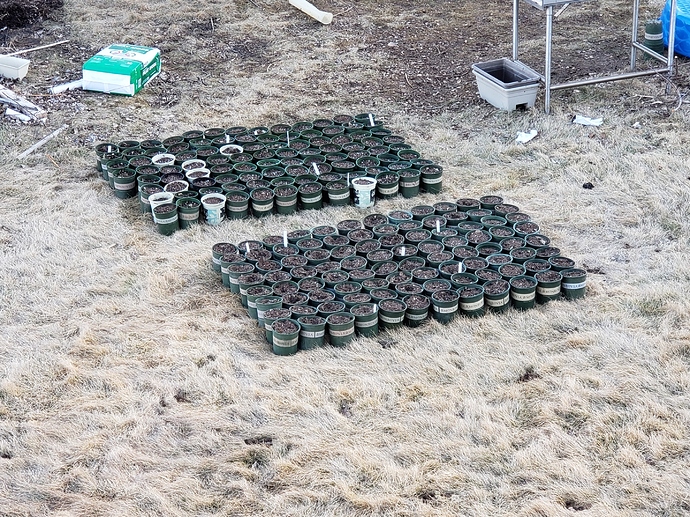