Interesting. If your tree gets enough sun, why would it grow like this…?
Maybe wind…
Anyway, thank you for reminding me to cut down that cherry tree

I had a Winter Nelis pear that did the same thing. Some apples have shown a similar growth pattern as well.

From time to time I get growth that wants to go in a circle like that. I have found that it tends to be the longer, thinner branches that do so. Mine grow up and out, just like they should until they get top heavy enough to gradually fall over - then they look as if they have tried to grow in a spiral when they reall hadn’t started out that way. A little pruning and they are back on track.

I think you may be right. In fact I noticed this on some branches I tied down, and instead they twisted over. Thanks for the reminder, I’ll keep this in mind!

I’m in zone 5a or 5b, central NY.
Is mid february too late to collect apple scions? It’s been a mild winter, and I’m worried about the buds breaking if I wait much longer.

No, it’s definitely not too late. I’m in 6a/5b and I typically wait until March to start pruning and collecting scions. Stone fruits are the only ones I might prune earlier this year.

so…is it too early?

No. It is not too early. In your area, you can collect scionwood in late Dec, Jan, Feb and early March.

Waiting to collect is preferred by many because the cut scionwood does not sit too long in a fridge. However, if temp fluctuates a lot and trees start to wake up too early, waiting until mid March could be rather late.

Check your trees, observe what dormant buds look like. You will get a hang of it pretty quick.

You should be fine collecting now. Wish I could, but too much snow at the moment. We added a lot of snow these past 2 weeks.

I think I know the answer to this but I want to be certain:

This weekend I finally had time to prune my grape vines. Last year I let them get a little out of hand and some of my vines managed to get away from the wire and let the ends touch the ground. What I didn’t notice until now is that a couple of those tips on the ground had rooted- in some cased they had REALLY rooted into the ground in a solid, heavily rooted way.

My question is, can I dig up these rooted tips and leave a foot or two of the vine attached, and plant them as viable grape vines? Is it likely to kill them when I cut the “mother vine” away from the rooted one? I would assume that the rooted tips are identical copies of the vine that rooted, and will fruit the same as the “mother” plant. Is that true? Is there anything else I should know about collecting or using a grape vine created when a known, proven and productive vine has a tip that roots itself while laying on the ground for a few weeks or months?
In one case, I had an unrelated grape vine die very close to a rooted tip, so I could just let the rooted tip grow where it is without transplanting it, and it would be able to fill in the space of the separate/unrelated vine that died. Any reason not to o that?

I don’t know about grapes but that’s how I get whole new plants with my blackberries. I’ll let them root near as I can to the others and cut them off when they have rooted well enough to keep tied up to my wires for the blackberries that keeps them from laying on the ground. My Ouchitas.

That’s how we propagate muscadines. It’s an effective air layer and good to go!

The rooted sections are as good as a new vine. The thing is your original vine might not be on its own roots. it would be very interesting to see how they perform once separated.

Ok, rookie question here, but I have to ask. Are these spurs (or the beginning of spurs) on my apple trees? My trees are all young and I’m really looking forward to the first tree ripened apples. 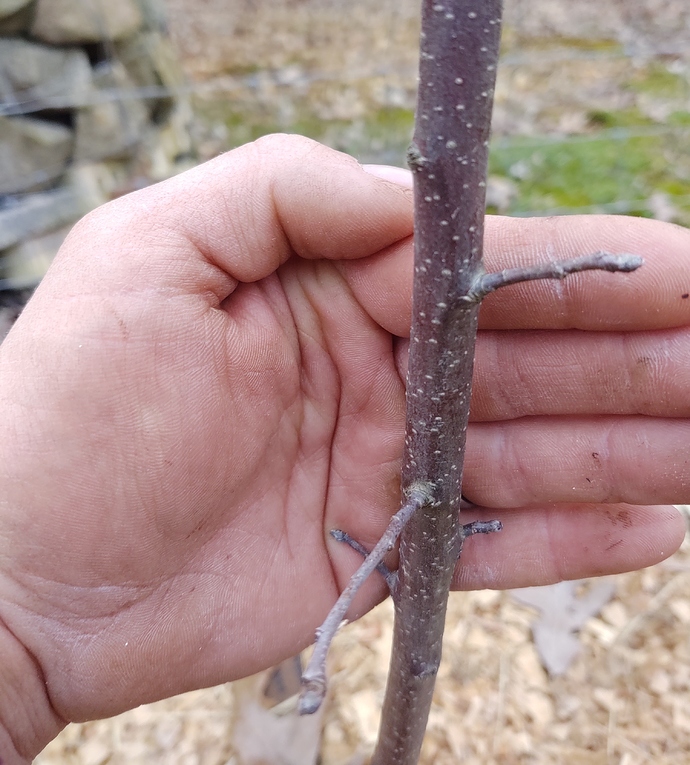 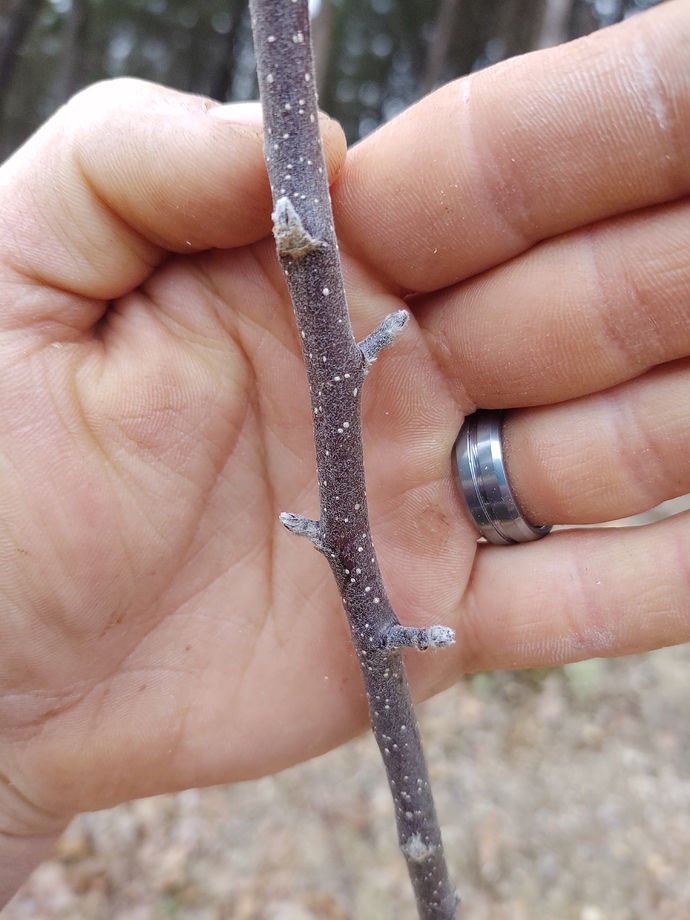 Yes ,!
You got Spurs
Those fat Buds should bloom this year

Thanks for the confirmation @Hillbillyhort!

Thanks for the confirmations on my question as well!

The paper towels in my scion bags in the fridge are getting moldy and I won’t be grafting for another 2 weeks - what should I do? Better to clean them up even if it risks drying them out?

Some people clean them in a bowl/bucket of water and vinegar solution. Then, dry it well. Wrap them in slightly damp paper towel. (emphasis on only slightly damp) and put them (wrapped in paper towel) in a new, dry ziplock gallon bag. Zip it tightly close.

If you have parafilm handy, that would be great.
I stretch parafilm and wrap the whole scion with it. I store wrapped scion in a ziplock bag. No need to have any damp paper/moisture in the bag. My scion is in good condition for months.