How many people get in over their heads planting a pear or apple orchard? Lots of work goes into orchards so I want to be realistic with people about what that means. Many of you know I had a difficult couple of years. How in the world could my orchard be doing well? The orchard was put on the back burner. This is why I tell everyone variety is important. This callery pear was a baby the last time I saw it or paid attention to it at the start of the pandemic. Gave it a top dressing of cow manure and left it ungrafted and about 4 inches tall. You might be thinking surely it’s dead but it’s far from dead. It is overgrown and needs care but the tree is fine after all its a callery. Many times i’ve seen people through the years have catastrophic things happen but then their orchards die. Consider variety closely when you plant anything. If you had a tough couple of years would the orchard still need maintenance? The point I’m making is I planned everything for an 80 year old to take care of when I was still a 23 year old. Built my house with no steps , planted trees and other things that can tolerate some neglect and severe weather. It’s not if it will happen it’s when it happens. Looking at what was a 4" pear I’m thinking that’s a big mess yes but I smiled a bit when I saw my new pear is now an 8 foot monster. These pears almost do better without me. Consider your rootstock wisely ohxf would have been destroyed by rabbits and deer. Grasshoppers here strip anything that taste good. There is cold and heat and to much rain and not enough. This little pear already proved itself. Like hundreds of others it’s a strong pear. The truth is I didn’t lose a single pear. How many times have you seen an old homestead and little more than their pear tree remains? Before you plant an orchard remember this picture and take advice from someone who has lived through adversity. How long do you think it will be before this pear has fruits growing on it? If I grafted it to Harrow sweet or Harrow delight 2-3 years would be my guess if it’s given no more care other than grafting. 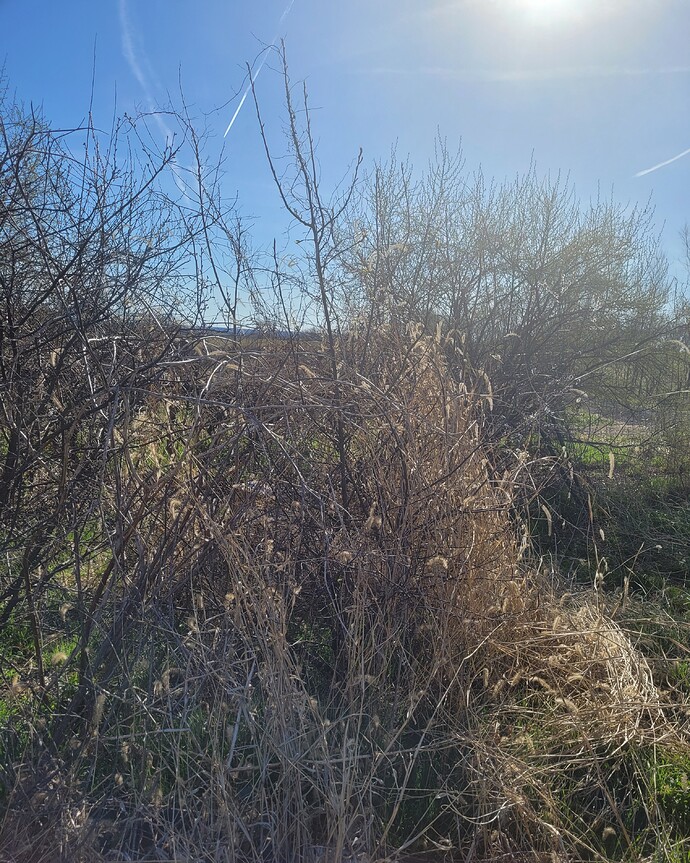 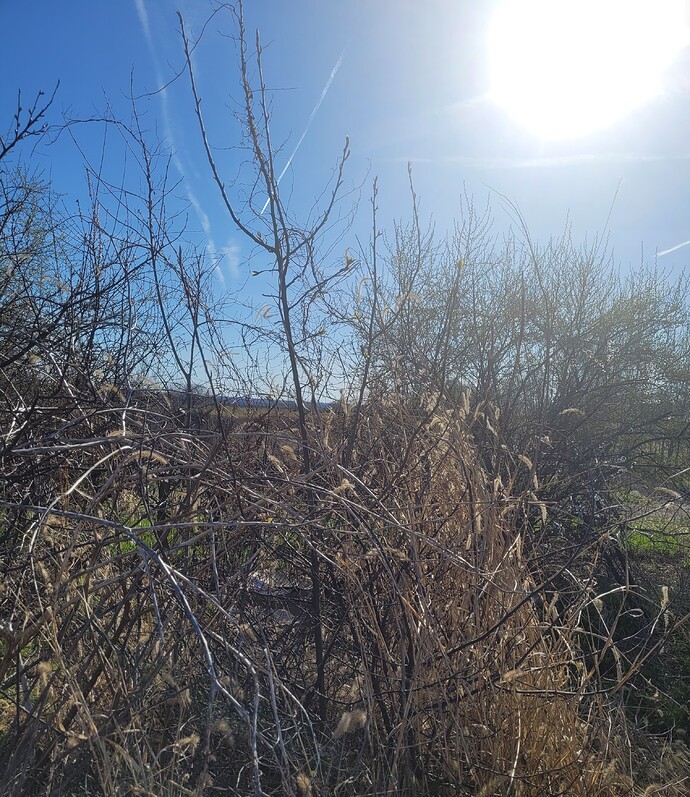 Good points. I grafted several pears again, but apples has been my main focus. But over 30 years ago if I’d taken the “preparing for taking care at age 80” more of those original trees might be alive if I’d paid more attention to disease resistance and other stuff.

I’m sure the same is true of some pear varieties over others.

Great advice. I like the theory of planting now to plan on you being able to take care of it when you are 80.

And sadly, if you move or start late, you may well be eighty by the time your orchard gets to bearing well, especially in the North. Nut and pear trees especially fall into this category.

if you move or start late

Good point. My old orchards are cranking out fruit big time now. Most of my current trees have yet to produce. I’m not going to do all of this work over again. My current orchards will be my last orchards.

We have so many wild calleries around here. It’s true that they are survivors, but it is also true we only see the survivors since the ones that died are unseen. I have noticed that prominent callery trees are likely to be situated near sources of water (along gullys or slopes where rainwater runs, as those trees near water seem to get big fast.

Also, it truly amazes me how the deer seem to leave the ample wild calleries alone while seeking out to destroy the few trees I purposefully planted.

I’ve mentioned many times the wild animals leave my pears alone because I leave the bottom several feet callery. They don’t forget the thorns. Did this by accident since I wasn’t well last year but everything is working out for the best. The deer will always remember this pear and not for fond memories. The top is my graft the thorns are the rootstock I need to cut back. 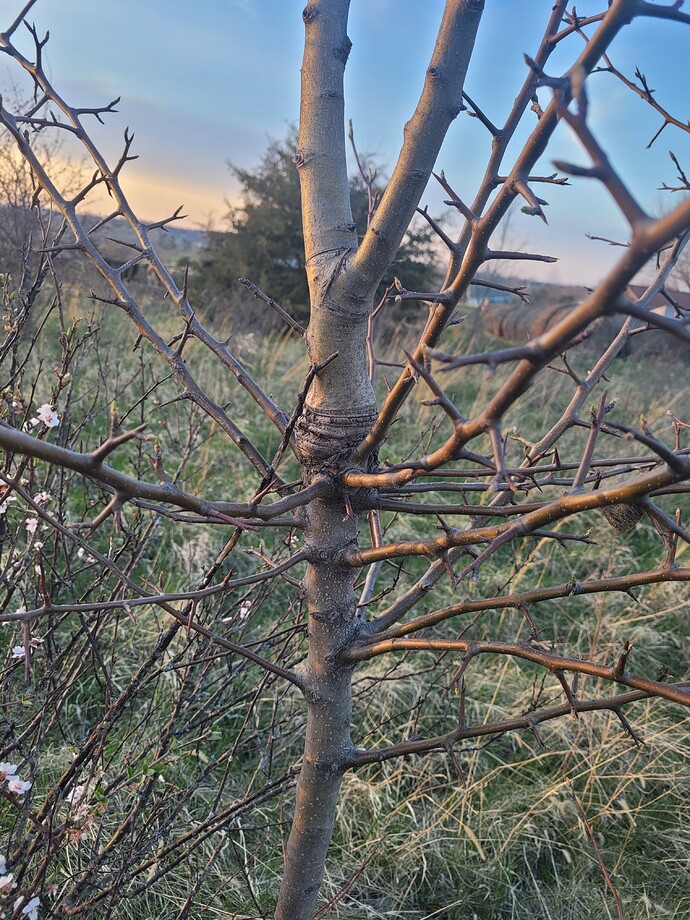 Nature’s barbed wire, built into a tree. It looks like the thorns actually fruiting spurs?

Yes they can fruit once it spurs up but the thorns are wicked.

Clark, that thorny picture gives me nightmares about a turkey hunt a few years ago in Kansas. It was still dark and several turkeys were gobbling very close. My dad and I hurried to get setup in the brush. I sat down quickly against a tree and leaned my head back firmly against the tree and sank one of those dagger thorns deep into my scalp. I swear if I wasn’t so thick skulled I would have brain damage. It broke off and Dad had to dig it out with a knife and tweezers. Another trip one got me in between two ribs, took my breath away and had to have nearly pierced a lung. Trees aren’t that barbaric in south Louisiana. We joke about needing safety goggles and a hard hat up there if walking in the woods in the dark lol. Probably a Kevlar vest too.

Most people don’t spend enough time in the woods or on the plains in Kansas to learn what you did. Osage orange, black locust, wild callery and many others are loaded with thorns here. Glad you didn’t get any permanent injuries from them. My friend the other day was saying him and his family were near their limit when they left my land after an hour outside. They spent the next 2 weeks recovering from the bites. His sister had the same experience as she was covered in chiggers. The blackberries I got from my grandpa Noone would cross through. If I lived in Africa I would have rows of them around my property to prevent lions from entering.

Honey Locust are the gnarliest thorns in this hemisphere. They leave a nasty wound too. Reportedly, they evolved the thorns to protect against megafauna like giant sloths. I planted a row of them as a living fence to guard against deer. 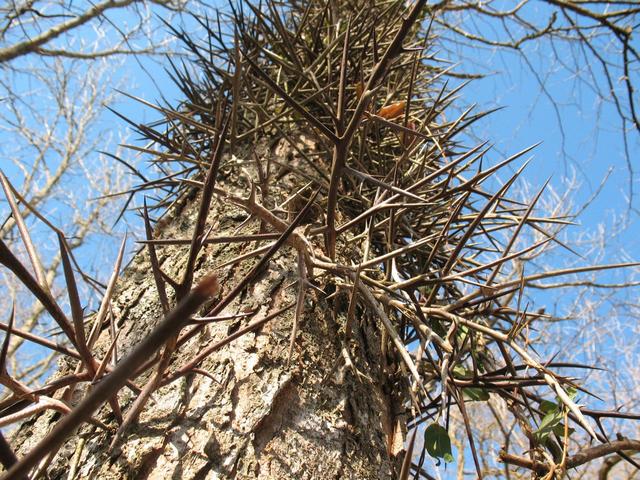 They are both nitrogen fixers and very useful in the right spot.
https://redemptionpermaculture.com/honey-locust-vs-black-locust-whats-the-difference-between-both/#:~:text=Honey%20locusts%20can%20be%20distinguished,Locust%20are%20creamy%20and%20insignificant.

" Black Locust is a legume, so nitrogen-fixing bacteria associated with nodules on the roots increase nitrogen content of the soil in which the tree grows . Black locust poses a serious threat to native vegetation in dry and sand prairies, oak savannas and upland forest edges, outside of its historic North American range."

Clark, you are so correct about the endurance of pears and their roles in our history. The old timers always had a couple pear trees at their homesteads. While the houses and yards and shade trees are in total disrepair or gone completely, the old pear trees are still there and even producing. I think there’s also a hesitancy to destroy something that could produce food. As a teenager when I helped farm, it was common to identify the realty by their presence, such as “the pear forty” or the “pear corner.”

I have a small orchard that I am just starting. I did plant a lot of wild root stock and have some more on hand if any did not make their first winter. I am using wild pawpaw, mulberry, persimmon and callery pear as root stocks. I will let them get established and then graft with cultivars. I feel I learn and appreciate the end result so much more than if I bought all pre-grafted.

Yes and if your just starting it’s much cheaper. Fruit trees are a hobby for the ultra wealthy if you buy all those trees at $50 + each. Did not start out with wealth myself but rather the fruit is my wealth which I got by sweat equity. Money couldn’t buy a better orchard than the one you will have when your done.

There are places you can get fruit trees for less than the $50 price I see at most bigger nurseries. I have bought mine through the years so I have not had to come up with a ton of money all up front.