Planted this last year as a tree from Starks. Foliage is gorgeous and have a feeling the fruit will equal it.
According to starks information

Deliciously sweet. This variety has a similar shape to Bartlett, but features higher sugar content. Its brilliant, bright-red skin makes it a dramatic dessert pear. Good when eaten fresh or canned. Originates from Victoria, Australia, in the early 1930s and introduced circa 1959. Harvest in late August. Best pollinators: Starking® Delicious™ or Moonglow." 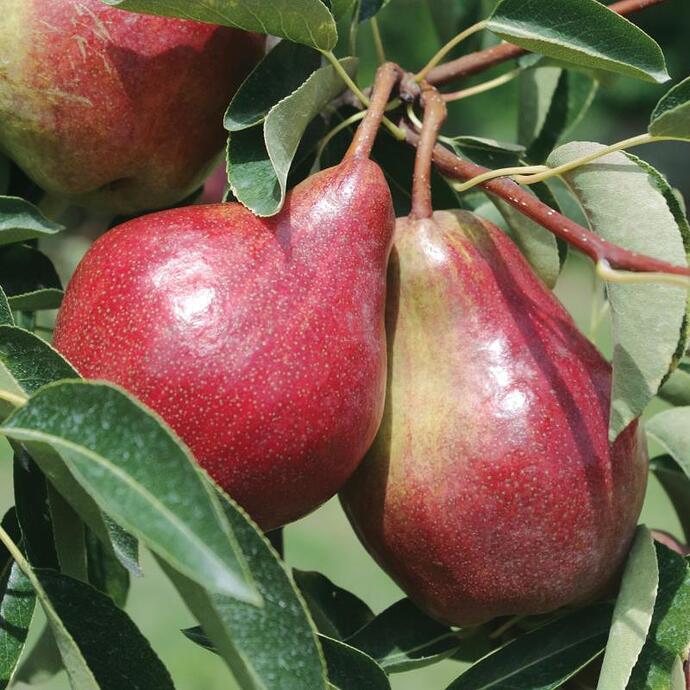 I have one on quince. Taste like an improved bartlet which it is. The red also produces a bigger fruit. Sometimes much bigger than bartlet. I have another red variety as well that is also bigger than regular bartlet. Wonder if all the reds are bigger or just the same red with different names.

Added this variety to my list of scionwood to get next year. Would like to cross this one with Rotkottis Frau Ostergotland.

The foliage is even partially red on this pear! It’s a beautiful tree!

Who had ‘Red Sensation’ for scion wood this year?

Sometimes a picture says a thousand words. You can tell the color the pears will be! It’s on ohxf97. 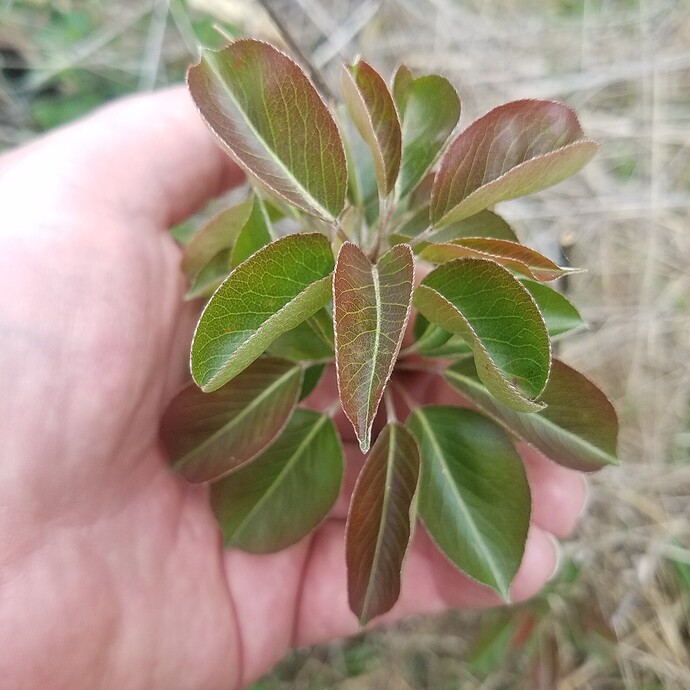 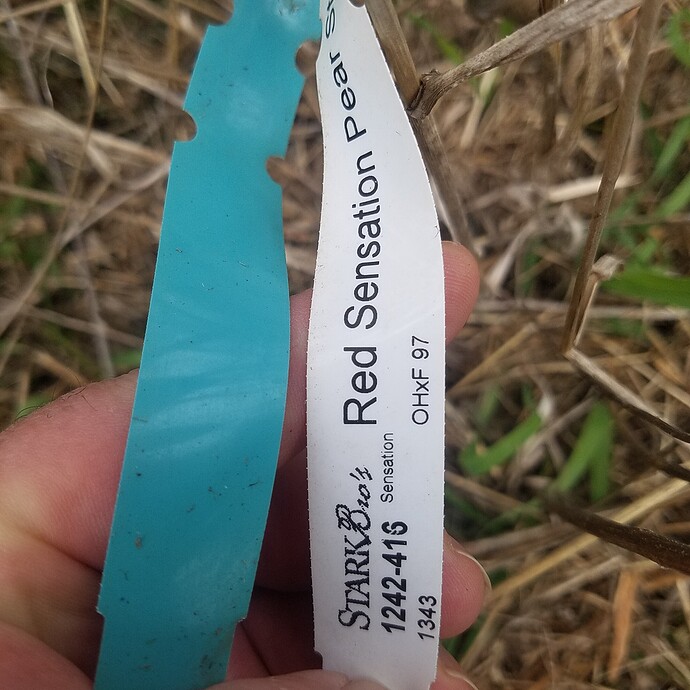 The foliage is even partially red on this pear! It’s a beautiful tree!

That will go away. I have a tiny red comice that looks like that now. A few years ago I bought a bunch of different red varieties. I have almost every red pear. I found all of the reds to be slightly better than their green counterparts.

So, is there any red flesh? Or pink colored blooms?
If so, it might be a dual-purpose tree…ornamental and fruiting.

No it’s not red fleshed or are any of the red pears o know of. Some have slightly pink blooms. Joey’s red flesh crossed with red sensation or a similar cross would have a 5% chance of making red fleshed and red skinned pears but Noone has done that research yet. Once you did it would be highly likely it would be an inferior pear. It’s like it would take 4 or 5 generations to make something worthwhile. Since Noone knows there are red fleshed pears and few know there are red skinned pears Noone is really asking for them. 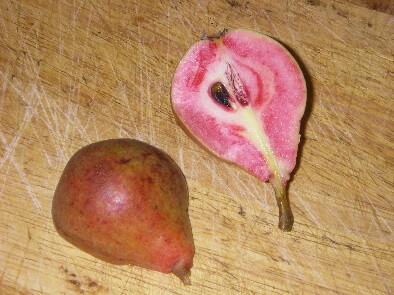 There are several red fleshed pears. Just not commonly sold in the US.

That’s what I’m talking about!

Yes red fleshed but he meant red skinned and red fleshed is my understanding. That looks much like Joey’s red flesh. There are some red fleshed and red skinned pears growing here but not one that combines both. Here is what is in the USA available to us NCGR-Corvallis: Pyrus Catalog . The one in the photo above looks similar to the one I grow with wood from the usda. Here is a usda photo from the link above at corvallis 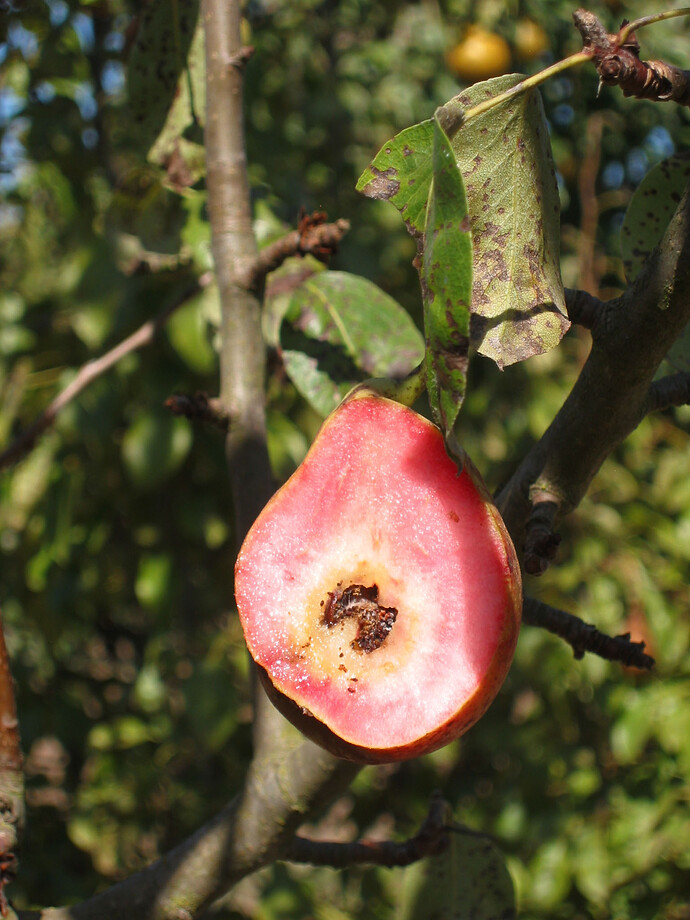