For anyone who has tried both green and red hardy kiwi, is there much of a taste difference? Does the red color add anything or is it more just for aesthetics?

I think the red ones taste much better. The green ones are a bit odd in the flavor and the red ones are more standard fruity flavor.

Any idea what variety of red you tried?

I have had a few but the only one I knew the name of was Ken’s Red.

The red kiwi like Kens Red are hybrids between A. arguta and A. melanandra. I have tasted ripe melanandra berries, and they tasted almost like Concord grapes plus some extra “berry flavors”, but much different than other argutas I have tried. Some of that different flavor does come through in a good ripe Kens Red, but not nearly like the melanandra, so definitely more than just aesthetics.

That is probably true. A. melanandra is often described as only zone 6 hardy, so hybrids are likely to be less hardy as well. I have been told by a commercial producer that Kens Red does very poorly in Pennsylvania, but not sure if that is due to lack of hardiness or just lack of production.

This discussion has definitely made me throw out the idea of growing a hybrid in my zone 5 conditions. Thank you everyone!

Interestingly I looked on edible landscaping and they rate most argutas as zone 5 compatible other than Issai and Ken’s red.

I have been told by a commercial producer that Kens Red does very poorly in Pennsylvania,

Ken’s Red and Myers Cordifolia both have done very poorly for me as well, almost no fruit set to speak of. Both also died back once, but they grew back from the roots.

Ken’s Red has to be finicky. Mine is 7-years old or thereabouts and has become quite large but I need to untwist it and open up room on an old farm fence for it full of giant ragweed. Mine went thru -33 F w/o any dieback whatsoever and so did its’ pollinator from a Florida Nursery I bought them from. I haven’t seen flowers yet on its’ pollinator.

Ken’s Red and Myers Cordifolia both have done very poorly for me as well, almost no fruit set to speak of.

I agree on Ken’s Red. I planted it in 2011 and still haven’t sampled a ripe fruit. I see a few on it this year, so there is a chance.

Cordifolia is much more productive, having increasing amounts of fruit over the last 5 years or so. I liked it enough that I grafted it completely over a Chico vine. That vine is now producing. And the original Cordifolia has now been given about 4X the space it had originally. 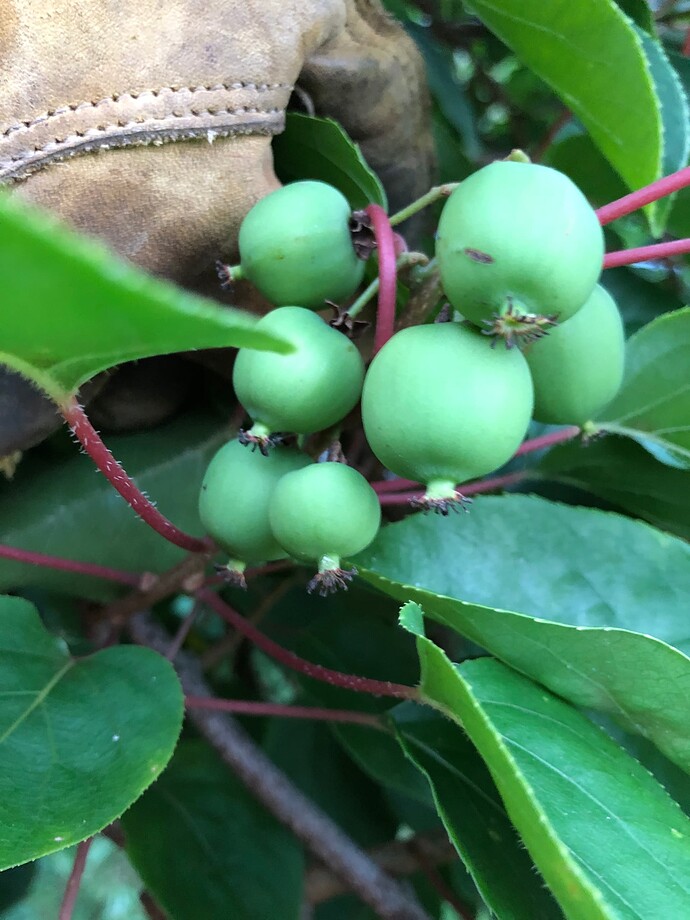 Cordifolia and Rossana are my 2 best tasting kiwi though if pressed, I’d probably go with Cordifolia.

My Ken’s Red has been very shy in blooming, although so have my others, but when it has bloomed, it has set a (very) few fruit, seemingly without a pollenizer.

Bob, how does Cordifolia compare with Anna taste wise?