How’s this do in the Midwest (IL.) and anything else you can tell me about it? Anything at all, thanks.

It is the rootstock of choice for plums in Europe and parts of the Pac Northwest.

Semi-dwarf. Said to be fairly adaptable to most soils. Can handle wet conditions fairly well.

I have plums, apricots, and peaches to graft and that’s the description and only description for it.

I guess I’ll use it w/o second thoughts. I don’t see any reason now why it shouldn’t do fine here.

Thank you so much.

St. Julian A
It will produce a semidwarf tree 10 to 15 feet tall and also does well on a variety of soils.

The “Royal Horticultural Trust” in the U.K. says:

St. Julian GF 655-2: A clonal rootstock for peaches and plums that produces mod- erately vigorous, productive trees that do well on heavy, wet soils and have fair resistance to Phytophthora and bacterial canker.

St Julien is the most widely-used rootstock for plums in the UK, roughly equivalent to the apple MM106 roostock in the size of tree it produces.

St. Juliens belong to the species Prunus insititia, which also includes damsons and mirabelles, and were originally grown for their fruit, which is not particularly pleasant to eat but useful for drying (see photo right). This nicely illustrates the fact that most fruit tree rootstocks are actually fruit trees of the same or closely-related species which happen to be useful for controlling scion-size, even if they are not that useful for fruit production themselves.

St. Julien rootstocks produce a tree which is substantially smaller than plum trees grown on their own roots. It is compatible with almost all plums and gages. (In fact it is also widely used for peaches, nectarines, and apricots, which are very closely related to plums).

Plum trees grown on St. Julien rootstocks tend to come into bearing after 3-4 years. They can be used to produce free-standing trees (with no staking required once established) and are also ideal for large fans for wall-training - a format which is particularly suitable for plums in more northerly latitudes. A mature fan will be 3m-5m across and 3m or so high.

St. Julien is suitable for a wide-range of soil conditions, with some tolerance of chalky soils.

I also posted a PDF the other day, which lists St Julien as peach compatible, though it was St Julien GF 655-2, not “A”, so it could be a different variant. 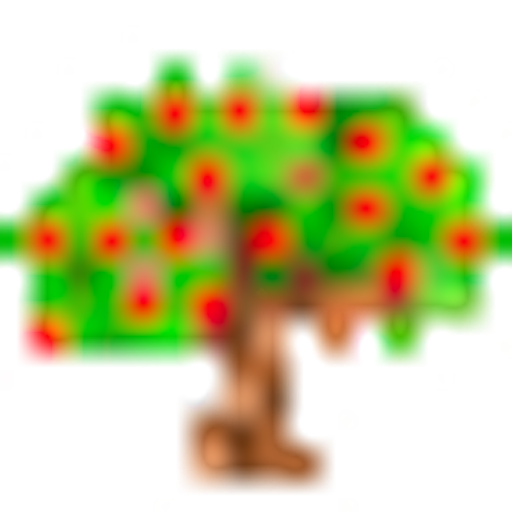 You can get peaches on Citation from DWN (Sanhedrin or Bay Laurel). I’m not sure if it is sold as a separate rootstock. I may try Marianna or St Julian, both plums. I recently saw a paper that there were several plum varieties with decent peach...

Peach and Nectarine: Any peach seedling root should do as well as another, but not on poorly drained soils. St. Julian will do better on those.

University of Illinois says St. Julian is Prunus institia. It warns that institia can be highly susceptible to ring nematodes.

They list St. Julian A as particularly cold hardy.

Vance, thanks for that PDF. I’m REALLY looking forward to reading it.

huh, I don’t know anything about ring nematodes but obviously they are in the soil. I’ll have to check on that. Thanks again, Matt!

I got the report from UW about St. Julian A does not perform very good on Puget Gold Apricots therefore I just replace my Apricots on Lowell root. Please read reference below:

I got the report from UW about St. Julian A does not perform very good on Puget Gold Apricots therefore I just replace my Apricots on Lowell root. Please read reference below:
http://ext100.wsu.edu/maritimefruit/wp-content/uploads/sites/36/2014/12/ApricotRootstock94-95.pdf

I just came accross that link this year as well. I’ve ordered some root stocks to try grafting my Puget Gold on something else. I have a healthy tree that’s on its 4th or 5th spring. I got about a dozen apricots for the first time last year.

Pretty lame that St. Julian is the rootstock that Raintree uses for Puget Gold having seen that report.

FWIW, my tree has been very healthy and plenty vigorous in our rainy, unpredictable spring climate.

It’s good to hear that Murky. My Apricot only 1 year old, and I just order 1 on lowell root to replace and give the other to my counsin. My tree still small easy to do it. Hopefully the one on Julian A do well either.
I read and know you also have some Persimmons. How are they? Nice to talk to you today Murky.

This year Raintree just have Puget Gold on Lowell as well. I ordered from them.

This year Raintree just have Puget Gold on Lowell as well. I ordered from them.

Glad to hear they have more options. Its nice to chat with you as well. Sounds like you are a like-minded similar climate grower, so we can share information. Although I probably get more heat than you.

I’m currently in China, missing pre-spring in my home oirchard. Will be fun to see what things look like when I get back.

I have a peach tree that is a b it overgrown and not very healthy, but has produced some good peaches a couple of years. I’d planned to graft it over to plums in a couple of stages, but maybe I’ll graft some Puget Gold scions to it and see how they do.

Maybe I’ll put the Early Laxton on a new rootstock instead.

Have a good time in China. I will try to do some grafting job soon, sound is very interesting Murky.

Just found this paper: American Pomological Society - Journal Volume 61 Number 4 Performance of Plum Rootstocks with 'Stanley', 'Valor' and 'Veeblue' as the Scion in the 1990 NC-140 Multi-Site Plum Trial. According to the abstract, St.
Julien A does much better in the West (Oregon) than in the eastern USA.

Yep. I won’t be using it thanks to your input.