NW Cider Supply has a grafting jig that looks pretty cool and is tempting. I spent too many years as a nurse to cut scion wood the typical way, not to mention I possess a lack of strength to exert control. So I graft with a box cutter and always cut away from myself although I sacrifice some control in my cuts and compensate by making longer cuts. Has anyone tried this device or devised something similar?

Quill, for 16.99 +shipping why not? It looks like a reasonable tool that you can expect to perform as advertised. I know some serious grafters use jigs of one kind or another, especially for whip and whip and tongue grafts. The idea of using a nice, substantial chisel to make the cuts is excellent, imho.

One the other hand, if you have nippers and want to spend less than $5.00 on a roll of Temflex tape you can make your cuts with the nippers and won’t have to worry about the knives. Alan got me started doing them that way and I love it. Here’s a link to a search that will give you plenty of reading:

I cut a whip graft with just a sharp pair of bypass pruners. You still need a knife to cut the ‘tongue’ , though — so I suppose that’s the ‘dangerous’ part.

Good suggestion. Every time I prune I end up cutting something either me or tree.

Mark, thanks for legitimizing these. It seems a bit more universal that more costly grafting machines. I will have to try that Temflex especially with the persimmons.
Greg, I use bypass for the horizontal cut but sounds like you use an open blade for the slant cut? Intriguing.
Don, those gloves would be great too. Reminds me of the orange chaps I used when I operated the chainsaw. Never had to test them, lol.
Thanks all, Carole

Someone here said they thought the blood helped the graft take, lol

Spilled blood seems to be a requirement for growing fruit!

I bought similar gloves before I started grafting but ended up not using them; I had a feeling like my fingers are not as nimble as needed for grafting while in the gloves.

My sis in law bought me some cut resistant gloves, like those in the photo above after I stuck a utility blade into my knuckle the first year I tried cutting grafts.
Thankfully the cut healed up great, and I have not cut myself again. But I did have a couple close calls splitting rootstocks while doing cleft grafts, and I am planning on using a glove on my left hand (as opposed to knife hand lol ) when doing those this year.

The nice thing about getting cut with a really sharp knife or razor blade is the cut seems to heal fast. Probably for the Sam reason you need one to graft, it will cleanly slice through the cells instead of crushing them, lol.

Well, my cut was right over the joint, and might have been deep enough to get into the joint capsule. It took four stitches, and while the cut did heal fast (as in closed up) there was a knot there for a long time, and getting my wedding band on and off was a bit tough until it completely healed.

I did a lot of cleft bench grafts after…and I was more careful.
The nice Tina knife I have now is worlds better then a utility knife.
The right tool is really worth having! 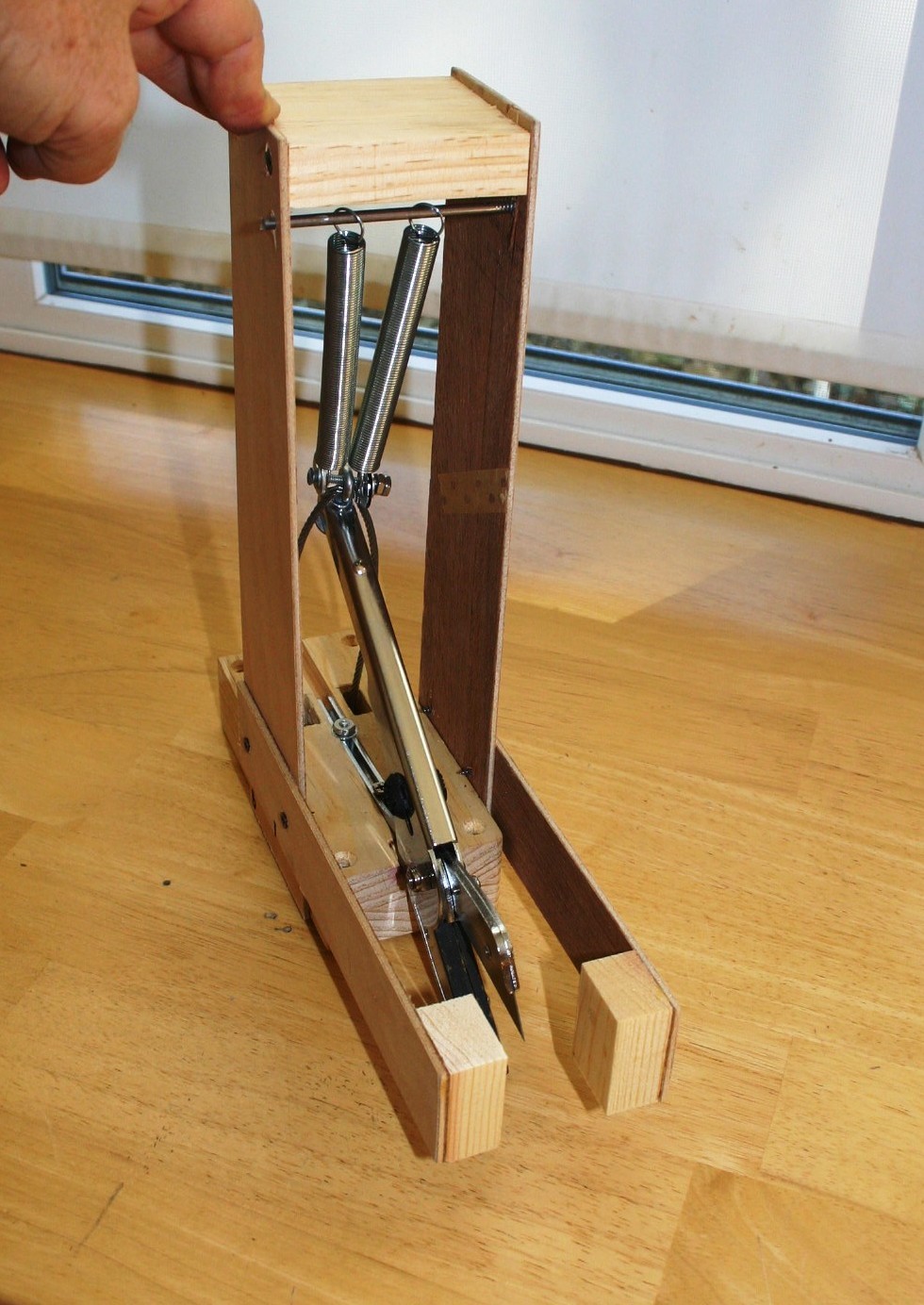 980×1384 255 KB
After grafting season’s over I’ll be putting out measured drawings for my Kuffel Cleft Grafter, built for about $30 from a Craftsman utility cutter and some scrap wood. You step on a pedal to operate it, and your fingers never get near the blade. You can get a great deal of force this way, and it doesn’t require much hand strength. It is good for folks who shouldn’t be allowed around sharp knives (you know who you are…)

It does perfect cleft grafts in any size combination of rootstock and scion, with long tapers resulting in cambium contact rivaling whip and tongue. It is meant to be used in concert with a grafting vice that holds the rootstock while you enter the scion and tape it up. 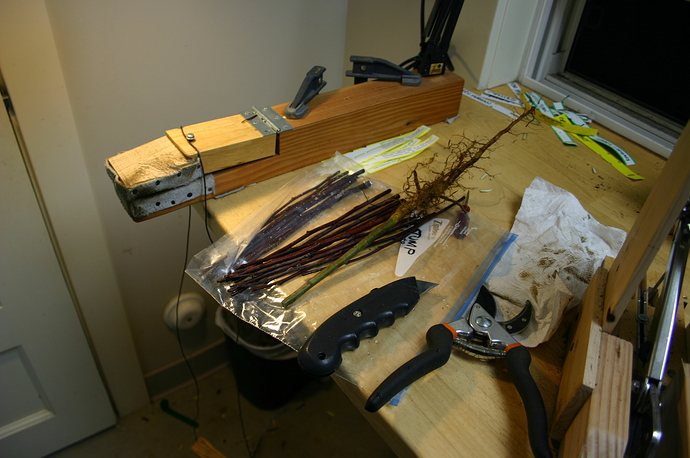 And just to complete the grafting gizmo ensemble, I did a parafilm dispenser that strips the paper and slits a 2" roll down the middle. 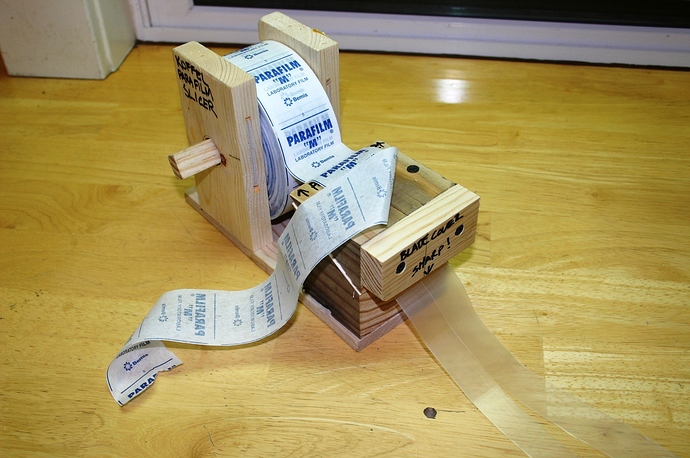 I put a video up of it in action
https://www.youtube.com/watch?v=JtOyQo63z5Q&feature=youtu.be

You are always thinking up something new! I got the Craftsman cutter after I saw you refer to it last year and will admit it sure sped things up for me!

Superglue works well to stitch those cuts back together too

Good point Don, I’ve never used it but i probably should have a time or two.

Love inventions like this. So cool.
The disadvantage to knives for me is sharpening. Found it can be very technical to get it as sharp as a razor. Oh wait…
I’m probably the only one here who won’t stop everything because my knife is dull. So it’s best if I take 2 utility knives with new blades out to graft, and git er dun.

Works on fingers too!!