A year ago I obtained 2 bareroot Seckel pears from Felix Gillet Institute and planted this one in the ground in December. The fruit stock is said to have originated from a 120 year-old tree nearby and grafted on grandchildren seedlings of the same. It is also said this specimen is fireblight hardy - we shall see! The only American pear still grown commercially. Originally from New York and written about in late 1700’s, this variety was offered by Gillet starting in 1882. Small fruit with a chubby, round body, small neck, and short stem. Skin is olive green,... 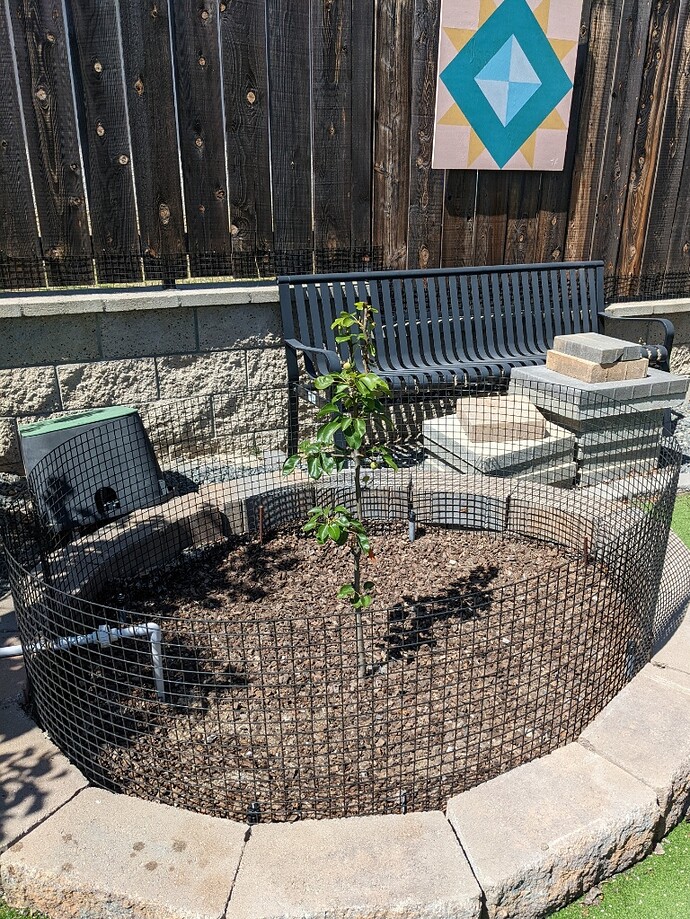 From what I have read it is one of your must have pears. It is nick named the candy pear because of it’s sweetness. In fact it is known to be one of the sweetest pears out there. If you go to the CSU extension they do state the Seckle as heavily fire blight resistant. Of course I would still prune when trees are dormant though. The downside is the pear size. The seckle pear is a small pear for sure. To quote one of the reviews on Stark Bros they stated it took 4 years for it to fruit and was small when it did fruit. The fruit makes up for any of the shortcomings though. There is no indication on if this person reviewing got a dwarf or a standard tree so the standard tree could take longer than 4 years for all we know. I believe the seckle and Comice pears are the parents of the Warren and Magness which are known as some of the best pears because of their taste and disease resistance too. You will need two pears for fruit with the seckle so I would consider the Warren if you need a pollinator. Also there is controversy on where the seckle came from. Some say it was planted there.

Who knows what Stark brothers is selling! The perimeter of the planter in my photo is 20 ft from the planter of a mature Hood Pear. Their flowering was concurrent this year and they both set a lot of fruit. I might have to remove it all from the Seckle for it to develop properly. I can attest that the Hood is a mighty warrior against fireblight here in CA.

Felix Gillet was a major source of fruit trees back in the day so the English Ranch tree could have been one of his, or not. I don’t know where he obtained his Seckle pears from either but there are USDA records (e.g. from Swingle) which might have that data.

Judging from your careful protection I’m guessing you have rabbits in your neighborhood.

Actually it’s to keep this one from causing damage while chasing lizards. The cottontails around here usually don’t try to brave the fencing. About 4 years ago one came in at night and an owl or redtail killed it before it could find a way out. 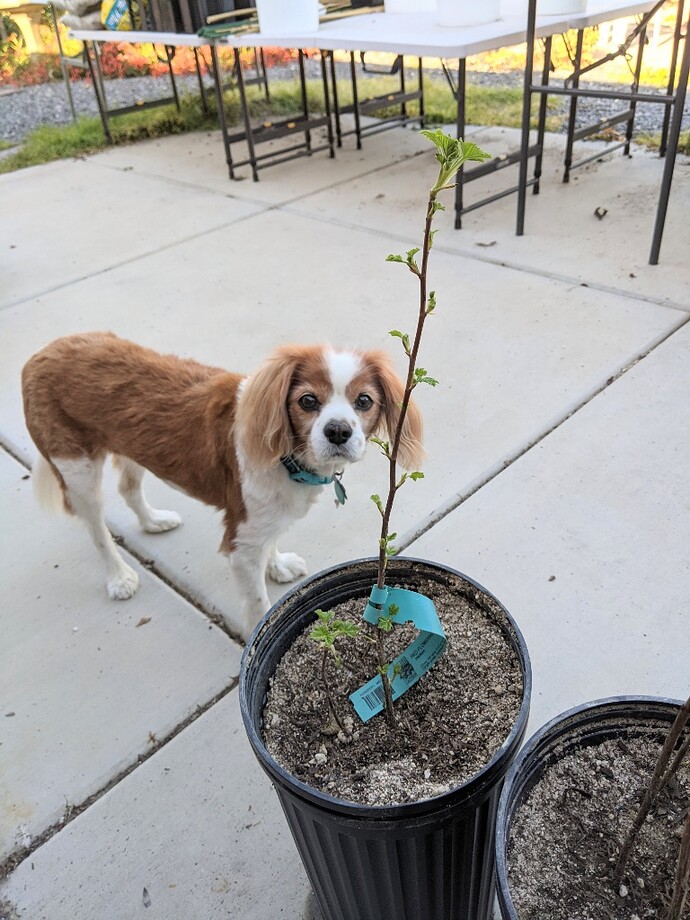 Lifted right off but still underripe. Very good flavor though. 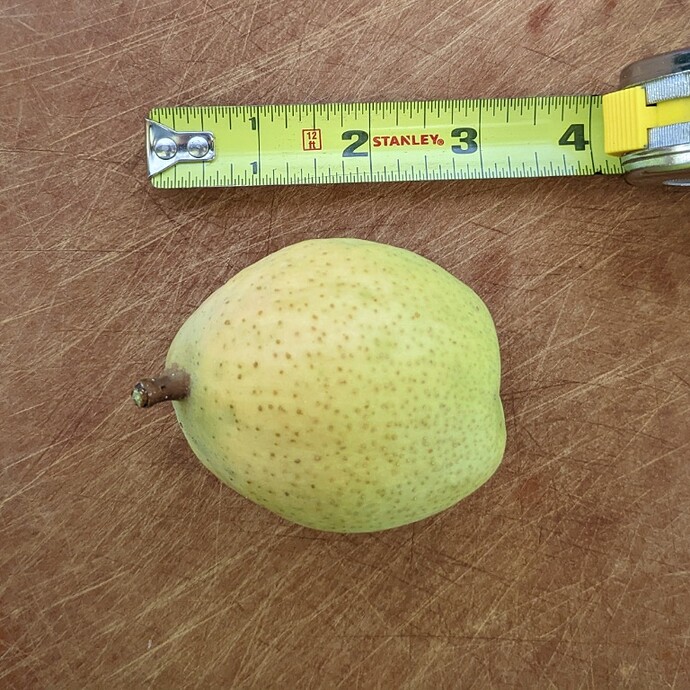 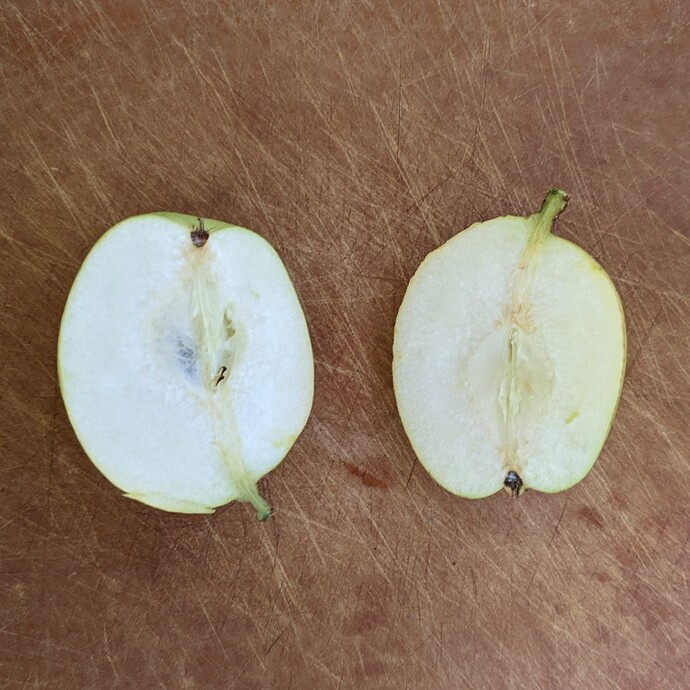