Show off your fruit tree seedlings 2021

I thought I’d start a specific thread for those that are into growing fruit trees from seed. There are many reasons you may want to do so, such as cheap rootstock and breeding new varieties, just to name a few.

I would love for people to post pics of their seedlings and update us on there progress throughout the growing season/s!

To get us started here are some apple seedlings I planted March last year on my window sill from various wild trees around my property. Notice the one in the foreground, it had 3 cotyledons (I ended up with 2 like that last year)! It grew much faster the first month compared to it’s siblings, likely due to the increased photosynthetic capacity, but the others eventually caught up and some even passed it by the end of the growing season (I tagged it though, so I can track any differences that may show up later in life, even if it becomes a rootstock this year): 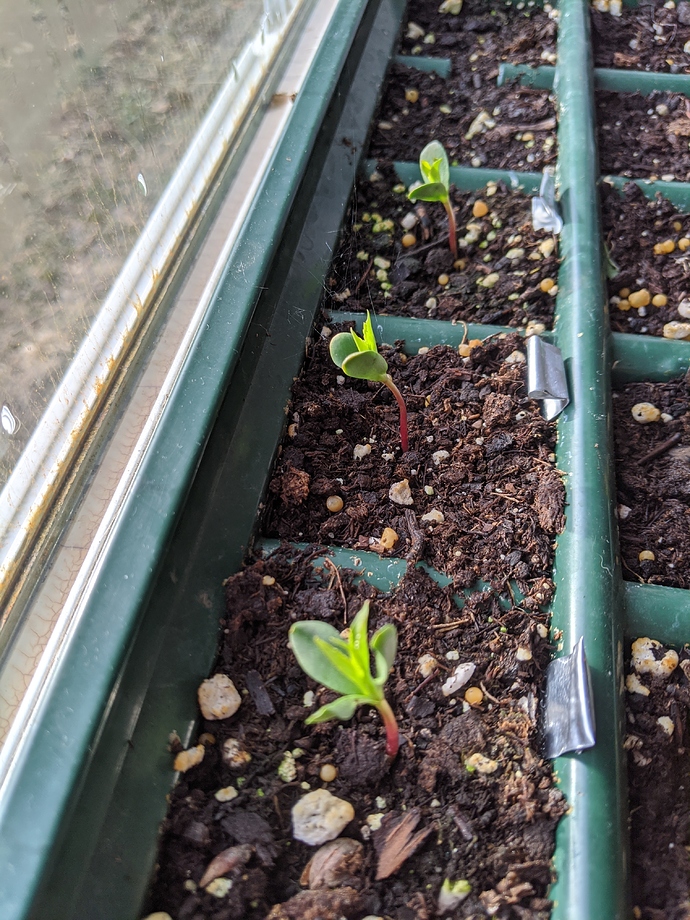 Here are some freshly planted in a nursery once it got warm enough outside: 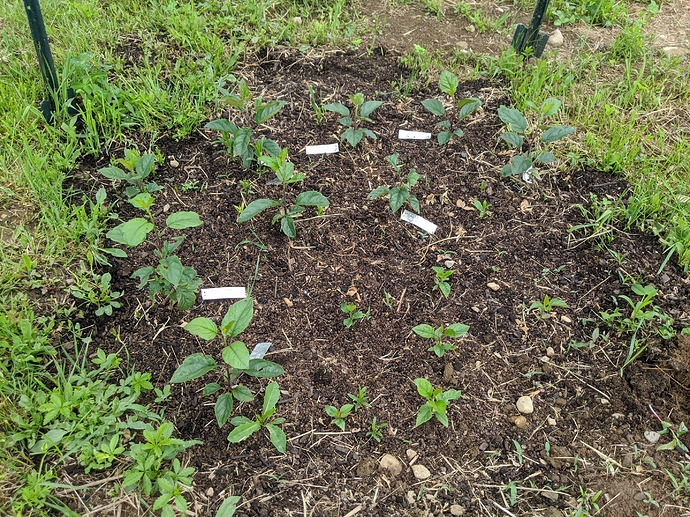 Here is the same nursery towards the end of last growing season, they’re ready for grafting this year: 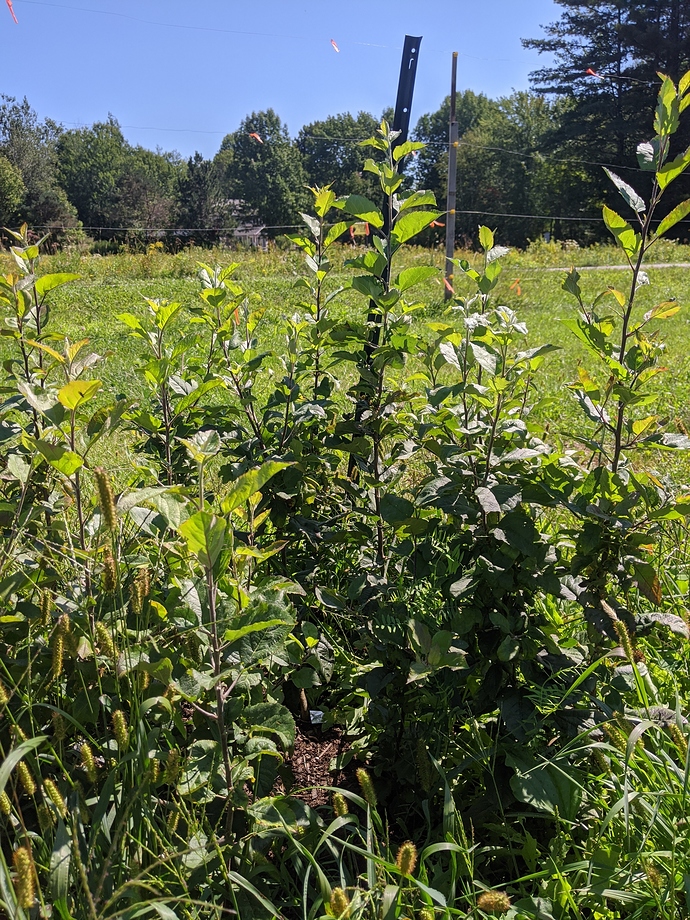 Here are some selected seedlings I planted in row last summer, they will be grafted over to a known variety this spring in my “standard size” orchard (I will take the cuttings from the seedlings and graft to a dwarf root in a separate orchard and let them fruit just for kicks and giggles, ya never know!) 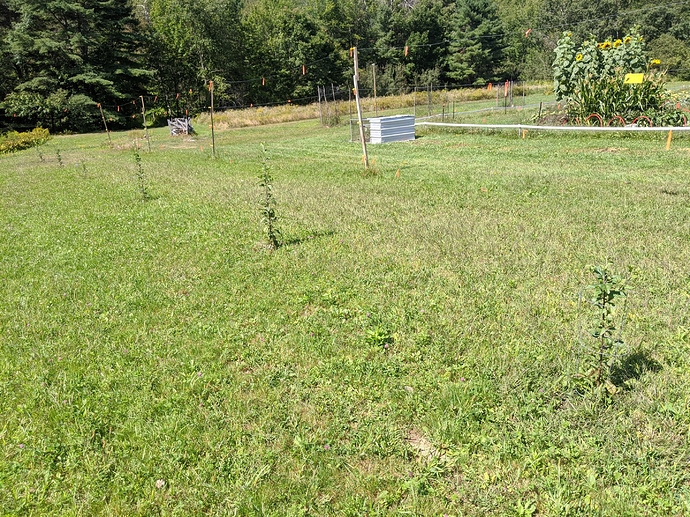 And lastly, here are this years seedlings planted today! Apple, pear and american red plum, I’ll be sure to update throughout the growing season for those like me that love the unpredictability of what they will one day become: 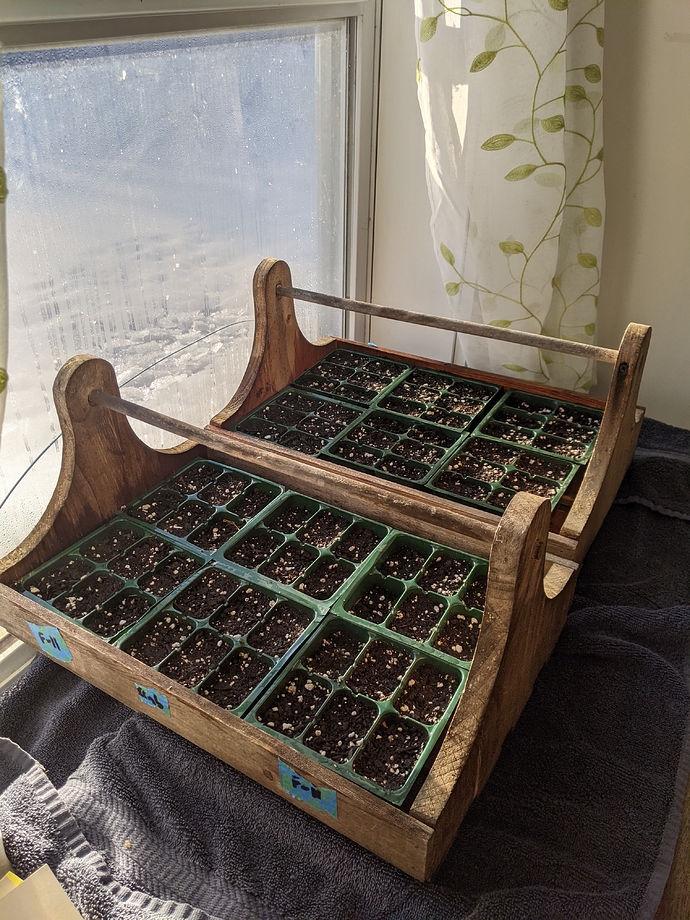 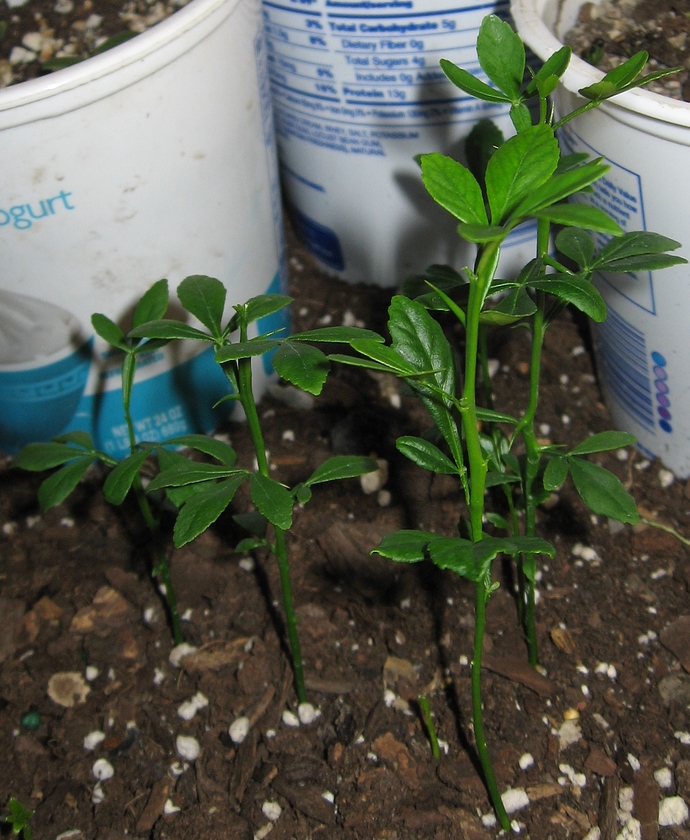 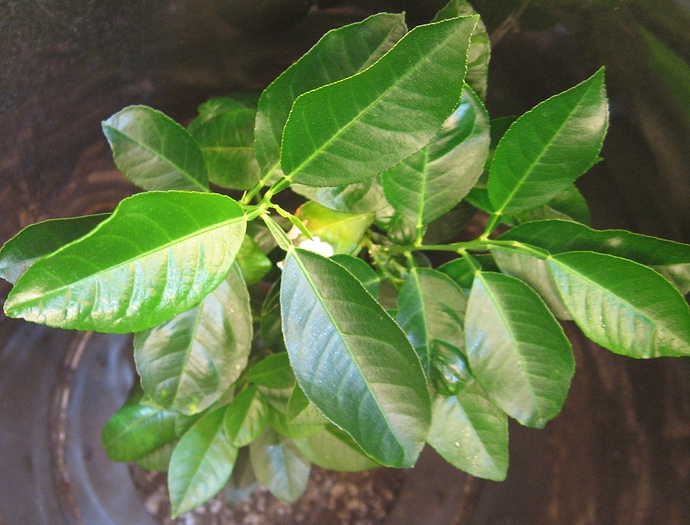 Love this idea! I’ve got a lot of more obscure tropical seedlings destined for my soon-to-be-built greenhouse, but I’ll start with a seedling of a Mexicola avocado (much tinier leaves and seedling size than most other avocados): 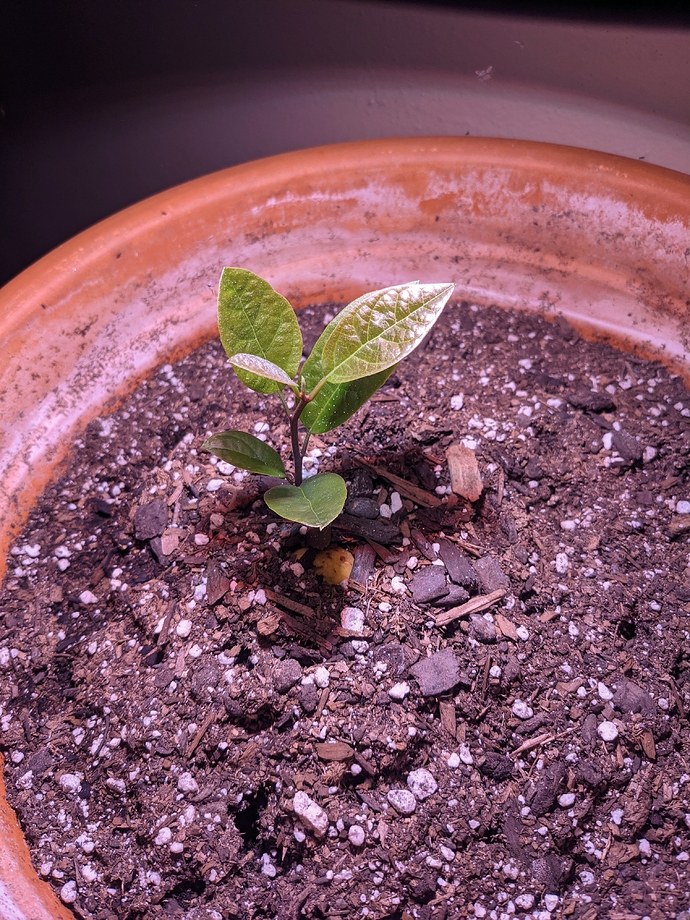 Next up, an owari satsuma (looking a little pale, should I start feeding already?): 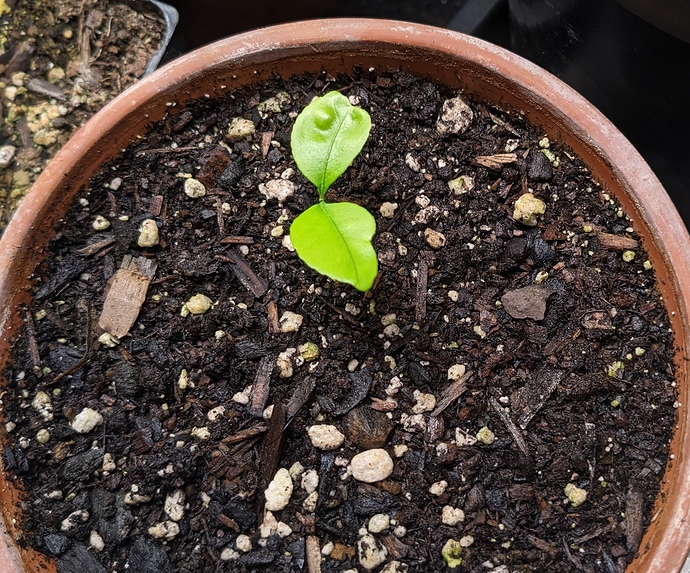 And finally, a seedling I got from @Bradybb, one of a few he gave me from the loquat tree that fruits most years in the International District of Seattle (I wonder how the mother tree fared in our cold snap?):

I’m planning to grow all of these for their own fruit, though if the avocado and loquat end up surviving outside but making poor quality fruit, I’ll graft something else onto them! The satsuma is for the greenhouse and I assume will make good fruit.

Forgive my ignorance, but is there a benefit in citrus to having it on the same species roots?

I love the pics keep us posted!

Nicely done! Keep us posted on how the fruit turns out! I love the fact that if all else fails with seedlings, it will be a good rootstock. Never goes to waste!

Keep us posted on how the fruit turns out!

Could be up to a decade for the loquat and nearly as long for the avocado, but I’ll cross my fingers and hope these are more precocious than is typical.

We will find out in a year or 3. Just an experiment.

I started about 10 Black Goji Berry seeds a couple of months ago. They are doing ok so far, well, all but one, It might not survive. 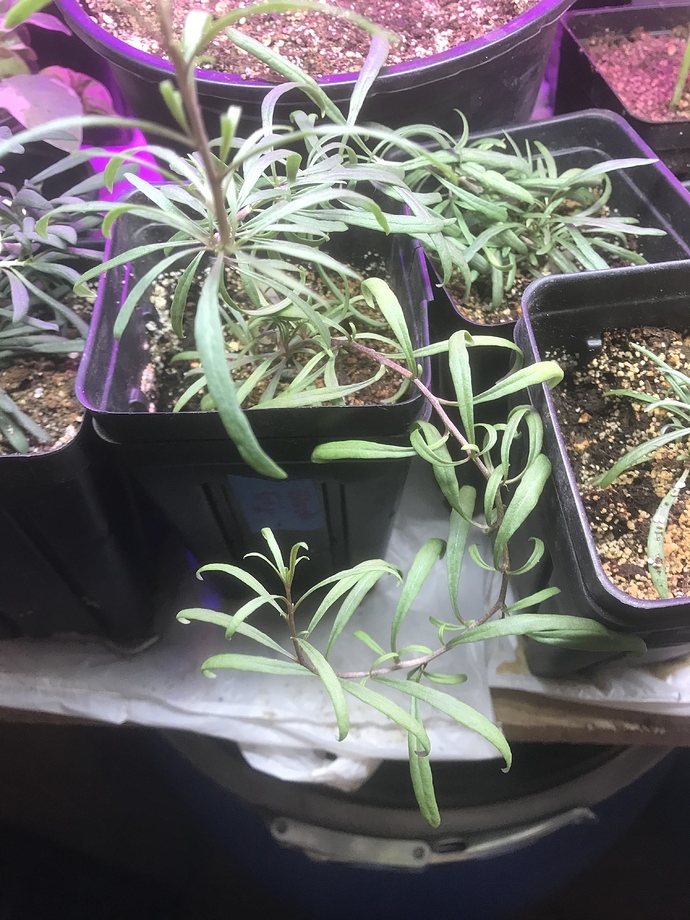 My Flying Dragon seedlings better be tough…they are in a 21 cell flat, ice covered and 12 degrees at the moment!
But, before all this winter weather, 10 days ago they looked like they were handling winter and going to come through.
We’ll see.

Not identified as fruit tree yet, but I think this is likely an apple 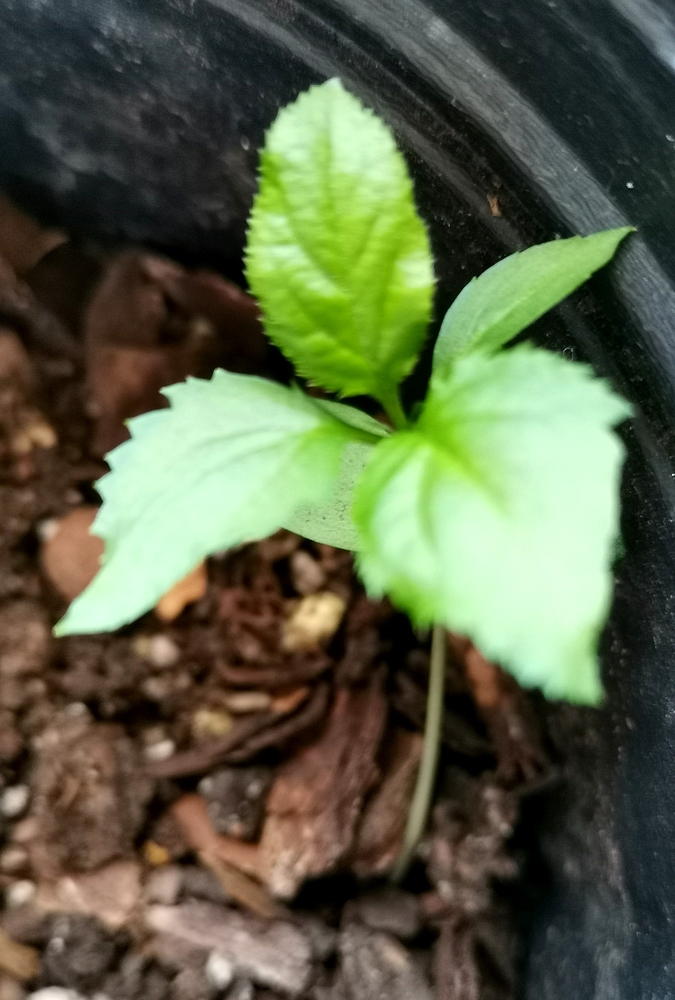 This I have no ideas, only one leaf. Doesn’t grow very fast, maybe palm? Welcome all the suggestions and help to ID it

This is a mango for sure

Looks about right.
The “apple” seedling…looks to be, but does it still have the two original cotyledon leaves?
Then the 4 leaves I see. 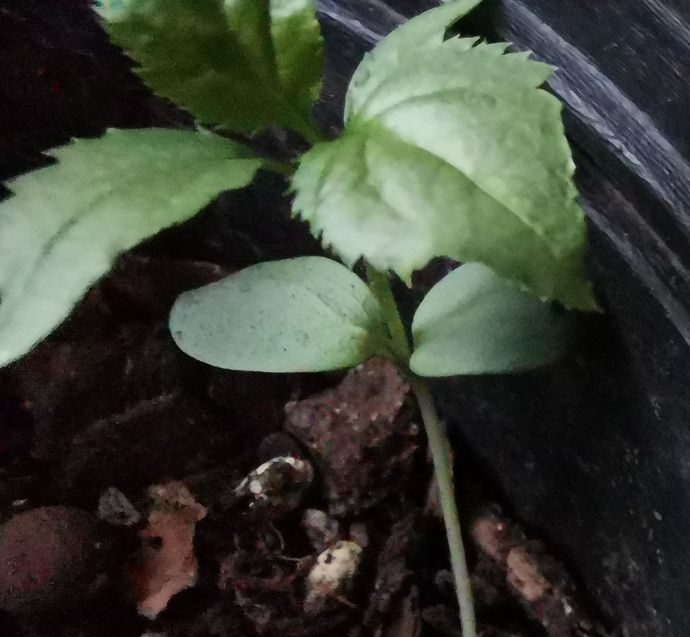 Thanks for identity it. It is a volunteer seeding (probably Fuji). Don’t know what to do with it yet. I’ll try to increase the light so it can grow stronger

Of apple seedlings I’ve grown so far, other than Antonovka, Fuji have been my healthiest.

Decided to add one more, this is a 6-week-old seedling of Myrciaria vexator, aka “blue grape tree” aka “false jaboticaba”: 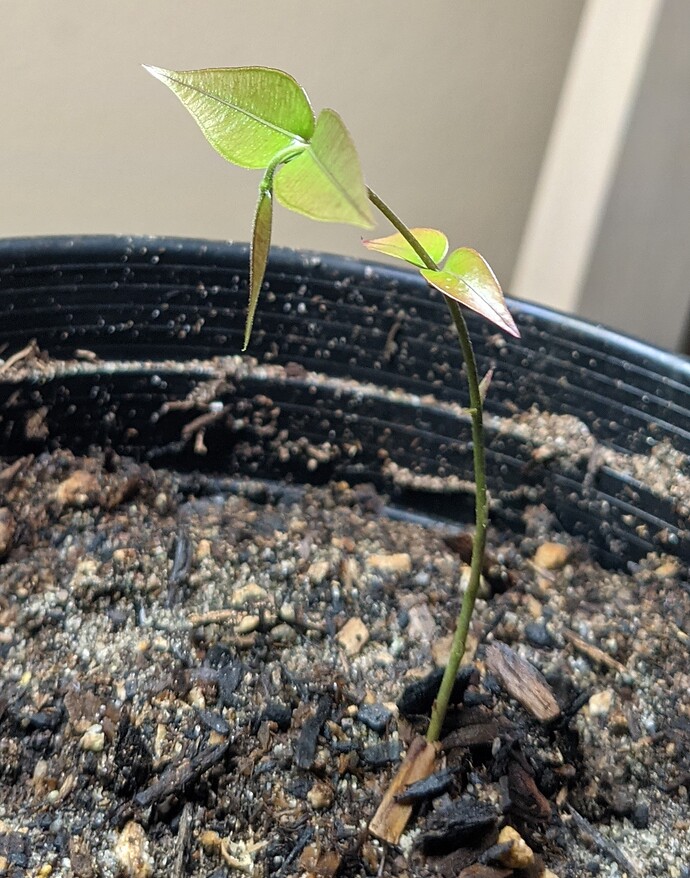 This one will either be a houseplant or greenhouse plant, as it’s a true tropical and would not survive even our summer outside.

The first of my seedlings are starting to pop up. 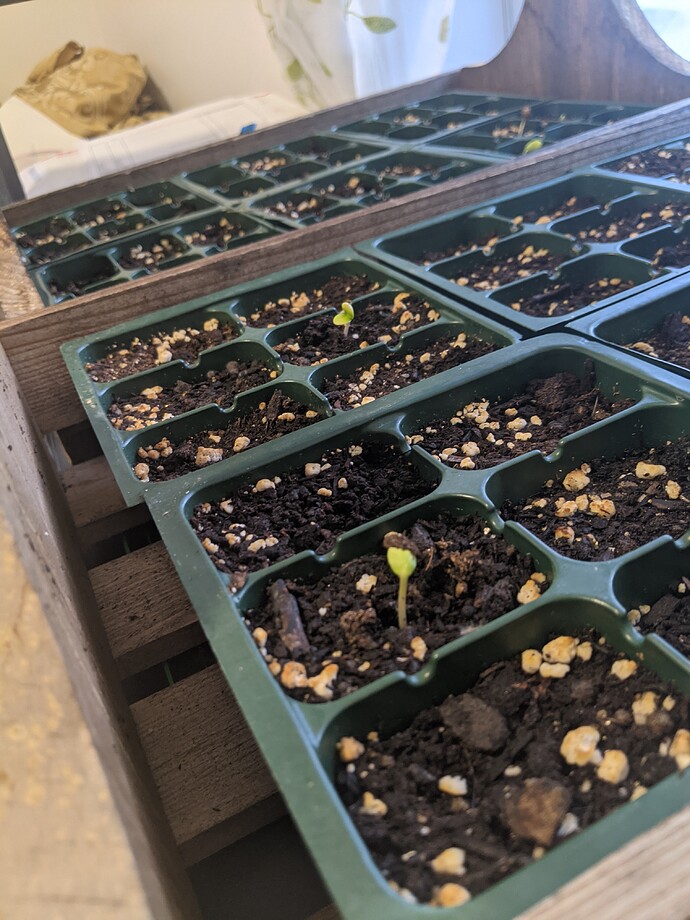 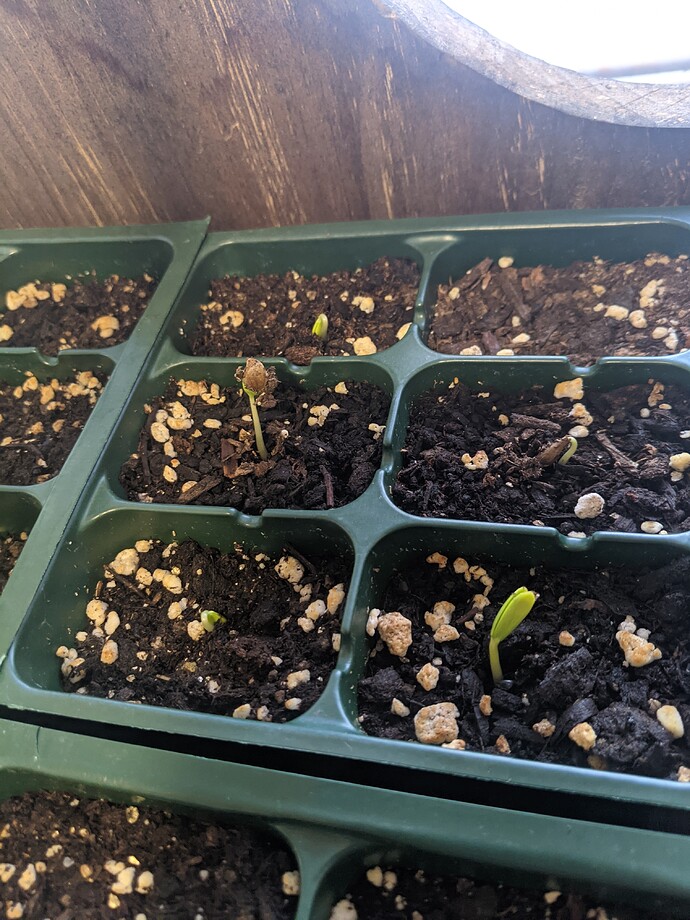 A quick note, I believe these first few apple seeds that have sprouted are the ones I saved in the fridge still in the core. I just stuck it in the crisper in a ziploc. When I was ready to plant I plucked them out and stuck them in the soil. Ten days later they sprouted. The ones that I had in a ziploc alone got kind of dried out and haven’t shown any signs yet. I thought that was worth noting.

@Everett, those are nice looking seedling trays. You inspired me to plan something like that for my plant stand. So much more durable and sturdy compared to the flimsy plastic ones!

It will be a while before I can make mine. I may have some appropriate scrap wood in the shed, which would help. They will need to be a custom fit for my plant stand, which would be highly doable.

They are nice! These were inherited, but I plan to make up a bunch more myself one of these days from scraps I have kicking around.