So even with grafting, I have a few sicklies.
This runt never took off. It was a Paul Robeson on Supernatural rootstock. 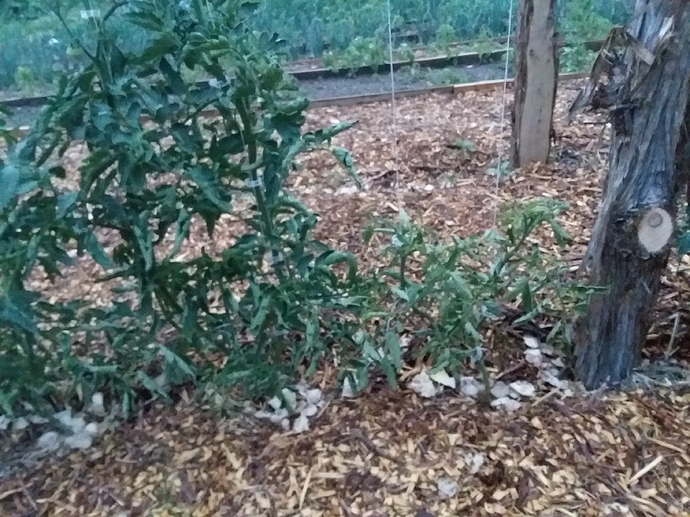 Now the one next to it that was large and seemed healthy has the same curling leaves. Same variety and rootstock combo. 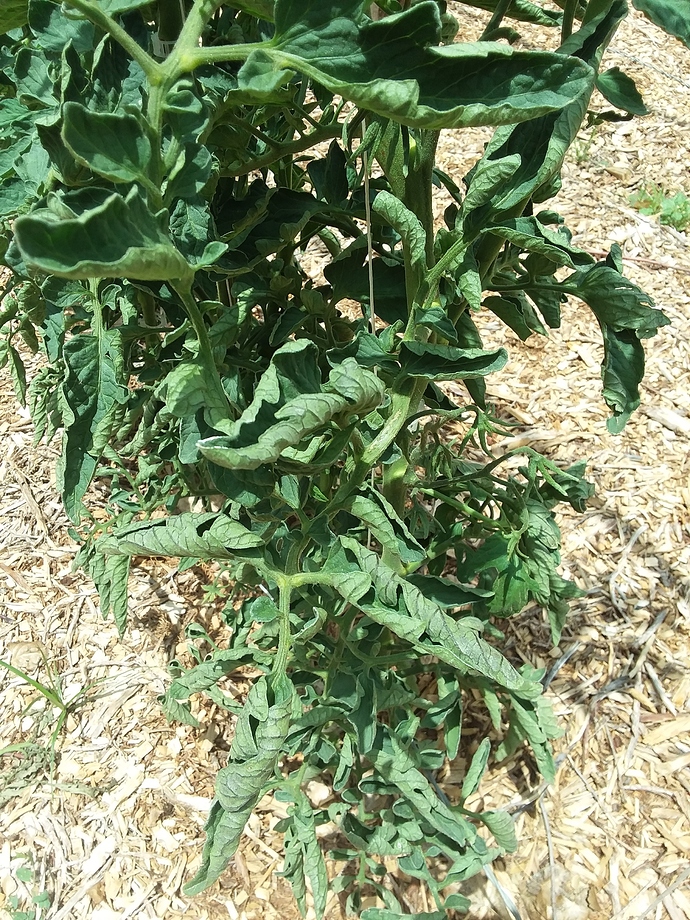 I am a bit of a tomato dummy. Can someone with more knowledge diagnose this?

This is most likely caused by dry weather, wind and low humidity. Is it the kind of weather you having this summer?

Actually, we have been getting frequent monsoon rains. Whatever it is, it has killed plants every year for at least the last ten years, and sometimes 75% of what I plant.

Most of the plants have healthy leaves. But once they start doing that they just up and die.

In the past have you done a root autopsy?
Wondering if some rootstocks don’t have immunity to something in the soil - anything from microbes, to nematodes, and even voles can do damage. Some nutes can burn the roots some but if you have had a lot of rain, that usually solves that kind of problem
Then wondering about soil excesses/deficiencies. Have you had soil tests done recently?
I agree with @galinas that I’ve seen that kind of curling with dryness but if you have had the rain and you have had the problem before, I’d look to the inability to pull up the water.
An idea is to choose one plant and really water it well and see if it makes a dif.

Is that your own straw that you are using for mulch? I got some pre bagged stuff from tractor supply and am having a similar issue.

Those are wood chips, pine to be specific. This problem with the plants goes back ten years, has been an issue in many different planting locations, and since before we mulched with anything.

I think my suggestion would be to try some varieties that are resistant to common diseases. Soil borne disease are likely to lie dormant and be impossible to get rid of. So, spraying fungicide or finding a variety that
ignores the malady would be the two options I’d pick from.

(Yes, that might mean not having your favorite heirloom variety. But, losing 2/3 of your crop every season isn’t good either. And, I’ve never encountered a tomato disease myself that gave me any serious trouble except anthracnose at one place I lived for a couple years. And, if you do come to the conclusion it’s soil born bacterial or virus…I am uncertain if it’s mosaic virus…you could always grow a plant or two of your favorite tomato i

You could always get sterilized soil and plant a vine or two of your favorites in containers.

I’ve hesitated to offer an opinion because your growing conditions are a lot different than mine. Here is what I suggest to diagnose the problem. It looks like a problem with the roots of the plants. Dig up - do NOT pull up - one of the affected plants. Inspect the roots carefully for nodules (nematodes), white fungal mycelia (cotton root rot), discolored roots (ralstonia), or stubby roots with few or no absorptive feeder roots (southern blight). Then use a sharp knife to slice the stem at an angle just beneath where it went into the soil surface. Look for discoloration or any oozing slime either of which could indicate fusarium, verticillium, or one of the mosaic viruses. You might also look up disease spread by beet leafhoppers.

Thanks for the suggestions for a more in depth diagnosis.
I really need to figure out what it is before an intelligent course can be planned.

Try fumigating the soil something like Jeyes Fluid or at least remove the soil in the area, and replace with new clean soil.

I tried growing Paul Robeson a few years back. Out of a dozen varieties it was the only one that didn’t grow- put out 2 plants. You can blame yourself if you like, but I blame Paul!.

Thanks for the encouragement!
I tried a bunch of different heirlooms on two rootstocks. Supernatural and Estamino. I also planted one each ungrafted rootstocks. The Estamino is twice the size of the Supernatural. A sampling of one is hardly conclusive of anything… just interesting enough to make me want to trial them ungrafted.

Bear claw was planted late on its own roots, and also is grafted. All are growing and seem healthy so far. Maybe I need really vigorous varieties, so they outgrow what is causing the trouble, or need to try hybrids that are more resistant?

I’m sure there are many possible factors here. I should do soil tests, look at really diagnosing the sick plants, and then plan for next year.

Alan, I was disappointed in “Paul” also, got better results form Black Krim by far.