The Sierra Pear sounded good to me - similar to Bartlet but higher quality and hardier. (It is a cross of Bartlett x Marquerite Marillat in Summerland B.C. 1969). I got scions from the ARS-GRIN program and grafted onto branches of three different growing pear trees. Three years later I lost two of the three to fireblight but Summercrisp was fine as were the Sierra grafts. I continued to graft over Summercrisp to Sierra the next three years, hoping it would be a good pear. This year it had the first fruit on the first graft, and my first “regular” pear fruit in my orchard. It wasn’t very large but it was certainly the queen of the pear world for me (the only other pears I had were some Summercrisp’s rather small, rather blah fruit).

I waffled endlessly over when to pick it. Finally decided it LOOKED like it had turned a lighter shade of green. Maybe. And I was pretty sure it felt just a little give at the neck. I hoped. I picked it October 3. Left it on the counter ten days then gave in and cut it up, the big anticipation over. Relief - it was very nice. Smooth, sweet, just a little grit around the core, nice texture, nice firmness. I now look forward to more, removing the rest of the Summercrisp branches, turning the entire tree over to Sierra. Sue 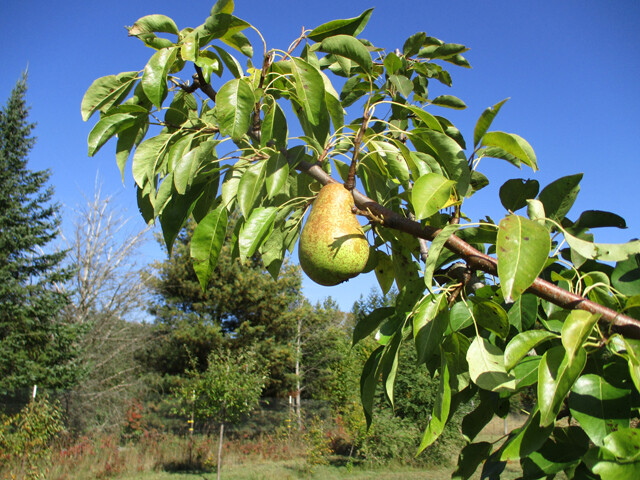 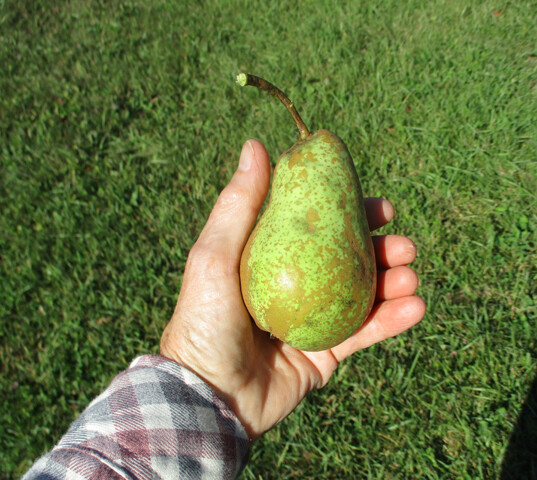 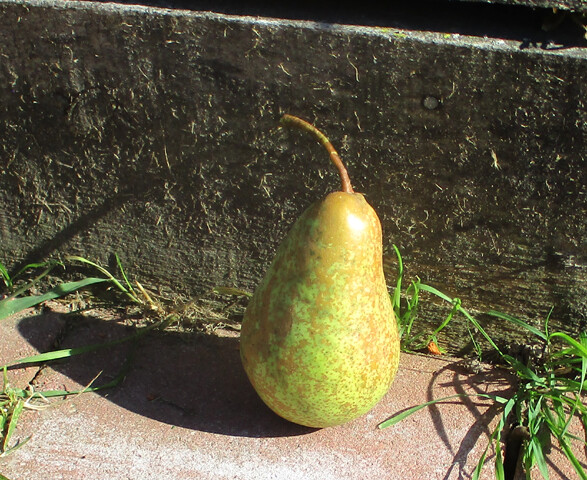 Nice looking pear and not one i grow yet. Glad to hear this good report.

Sue can i hit you up for a few scions next spring? sounds like a pear i need here.

Hi Steve, I think I can find a piece to cut - not much “extra” growth yet though. Remind me late winter if I don’t contact you then. Sue

thank you. i only need 1 piece. i have a seedling mountain ash im going to convert to it.