Sprouting Zespri’s sungold kiwi seeds have been easier than I expected for my first time. They will become future rootstock if I find the growth habits undesirable.
Has anyone here grown kiwifruit/kiwiberry from seed to bloom before? 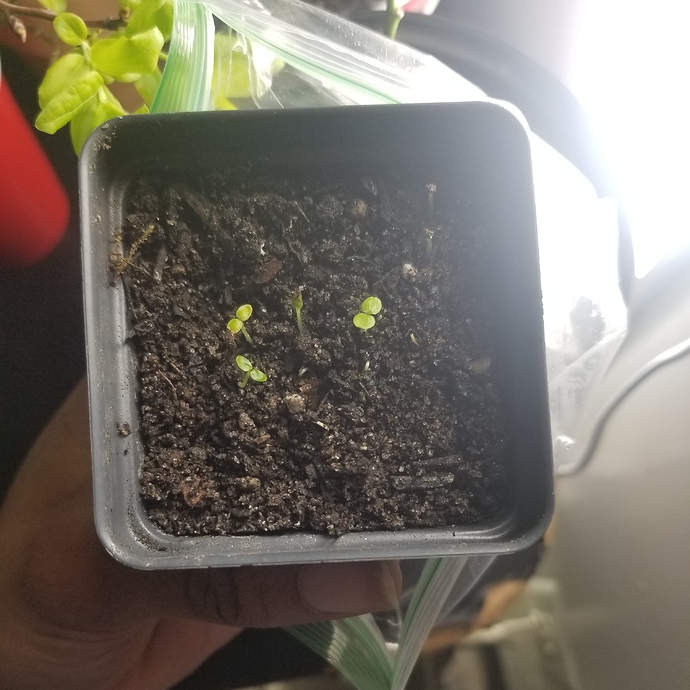 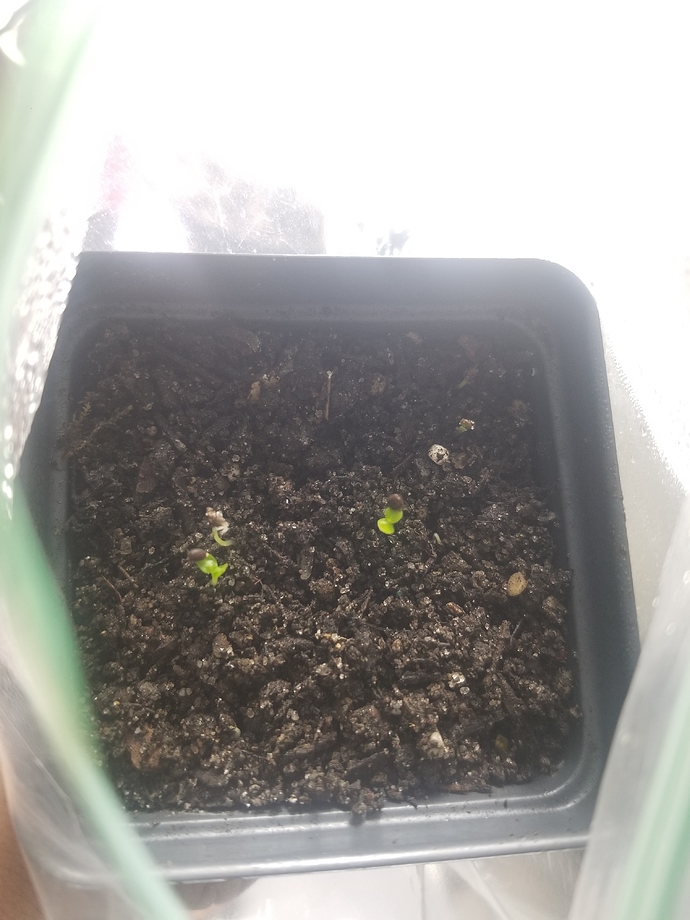 I believe @scottfsmith has done this.

Yes I grew some Zespri Golds plus others. I ended up with all males from my seedlings somehow, I think I had 6-8 and all were males. I still have many of them around as rootstocks or as pollinators.

I have found kiwis super variable in terms of how easy they sprout. Some batches sprout near 100% and others 0-5%. They need chilling but not sure what beyond that. I have some arguta x chinesis going now that are mostly sprouting and some chinensis x arguta which have no sprouts at all. In this case the seeds got the same treatment so my guess is the fertility of the seeds themselves is the main factor.

I guess in that case, I’ll keep at least 20 seedlings in hopes of coming across a couple females. Cross pollination of arguta and chinensis sounds super fascinating!!

I grew a bunch of Zespri Gold (Hort16A) seedlings many years ago. A couple of male seedlings bloomed in just 1.5 years, and a couple of females a year later. Some took up to 4 or 5 years to bloom. The females had fruit that was identical to the parent, except for the size which was 30-60% smaller. I kept one male and one female as is, and the others were used as rootstocks for grafting other varieties.

I cleaned and dried some golden kiwi seeds last month. Not zespri but i have a feeling that they were also Hort16A

Hort16A is no longer being grown commercially due to PSA (Pseudomonas syringae pv. actinidiae) sensitivity. It was replaced by Sungold, which is also known as Gold3, due to it’s resistance to PSA.

I have read that when I was trying to find out if there were any other gold varieties being shipped to the U.S. These kiwifruit had a different taste to them, not sweeter but lacking in acidity and flavor completely. Any ideas on what might’ve effected the taste?

Would you happen to have another picture of how your kiwis turned out?

I also have 3 seedlings which are now just about starting to grow. The leaves are huge and don’t seem to resemble pictures I have seen from mature sungold G3’s.

I will post a picture of mine later this evening

Attached a picture of my kiwi’s
I germinated them in fall last year, so they quickly lost their leaves.
Now is they are getting their first (gloomy) summer.

Do they look similar to your seedlings? 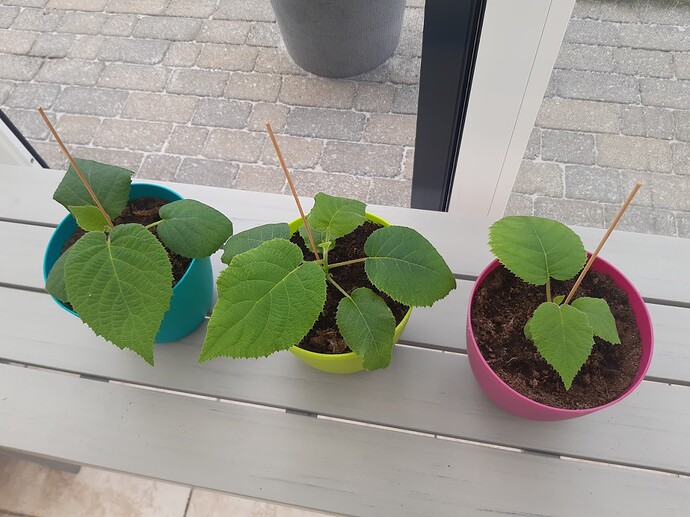 Yes those are definitely chinensis or chinensis x deliciosa.

Do you by any chance have a way I can obtain grafts of the AU golden kiwi varieties? They place I bought them last season closed down and isn’t offering them anymore.

I just bought some from the store to try growing the seeds out since I can’t buy the cultivars from AU anymore and don’t know where to get them. Is there any special trick to get them to sprout? Do they have to be dried first/chilled in the fridge for a certain amount of time first before planting?

The AU kiwis should become more available in the fruit growing community over time. Some of us are growing them and they are taking some time to get established.

Mine are still being established. My AU Golden Sunshine has finally begun to put on some good vertical growth, after just sitting doing nothing for months. It is a ground layer to get it off the fuzzy rootstock, so maybe that means it finally has rooted. Other grafts (all on one vine) have not grown much either, but I may have a little budwood this winter, if the rootstock survives. It’s not doing well, but hanging on with no new growth since spring, and very few leaves. I suspect it got hit by neighbor’s chem-lawn poisons in early May. I will re-graft to Sungold seedlings if it survives the summer heat.

Not much vertical growth, but wow the biggest leaves are now already larger than an adult’s hand!
Also I love how the new leaves start out with a perfect heart shape.

Second batch of seedlings is just coming out, as I was stupid enough to keep only 3 of the previous batch.
I think I will raise 9 of them in the hope of having at least one male or female
(though this means my garden will be a little over-crowded for the coming years)

Note: I did not put seeds in the fridge or any recommended approach like that. I just put them in potting soil and kept it moist from below. 2 out of 2 times I found the seeds sprout very easily. 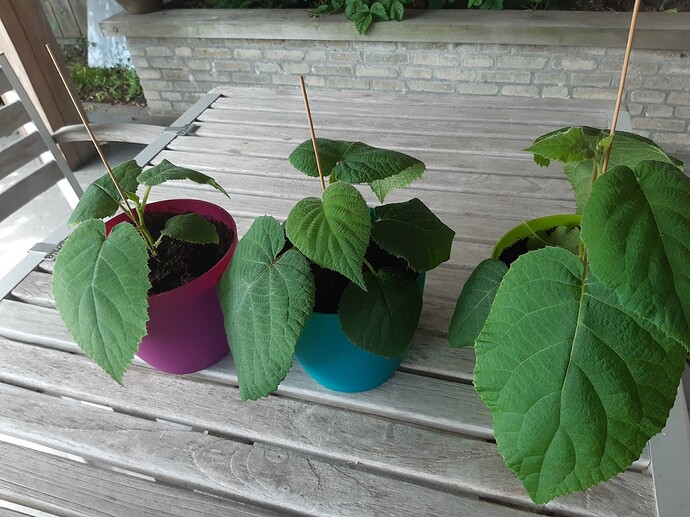 I have also had them sprout easily without any work, but other seeds would not sprout even if they were dried and cold stratified for months. SunGold I tried once and none sprouted.

@jxz7245 For the best shot I would remove from fruit, dry out, and stratify for a month in fridge. You can also treat with GA3 which may help improve the odds, a tip I got from kiwinut.

I have noticed my new seedlings seem to be of 2 different types.
As my previous batch was more uniform, I assume this kiwi was a hybrid. 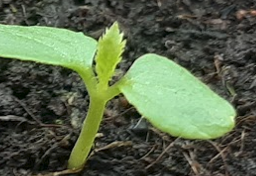 While I am posting, another update from my first kiwi-plants.
@Doci , sorry to hijack your topic, but I am just fond of my babies 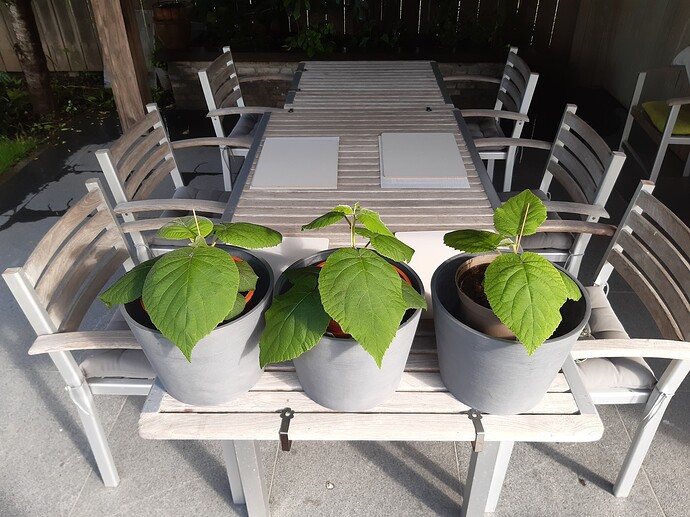 Thats some weird growth on these seedlings. 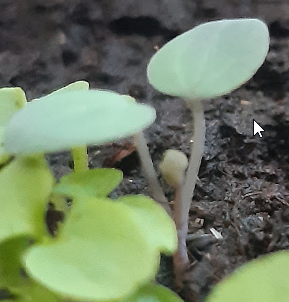 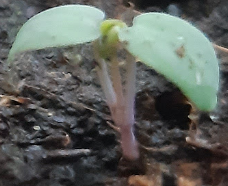 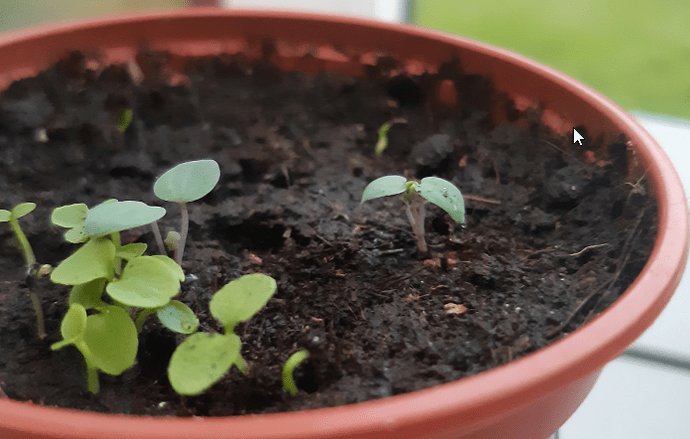 First I thought I must have caused a contamination, but no idea when it would have happened.
Then I saw one of the seedlings still had its seed attached, and it looks quite similar to a “normal” sprout.
I will let them grow for now, and will see wether I was sloppy or not. 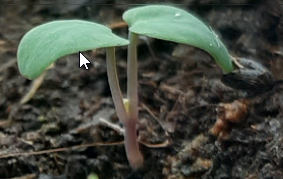 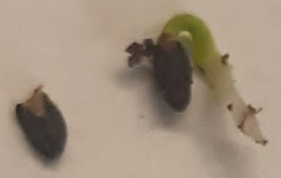 You definitely have something else mixed in with the kiwi seeds. The light green seedlings are Actinidia, but the others are not.