This is a subject I never seen anything ever posted.
I guess the seed does contain some cyanide but not enough to hurt you.
I heard that what is called the Chinese apricot or the Mormon apricot has a sweet pit that is like an almond. That many eat them, although again contain some cyanide.
Do bitter almonds also contain cyanide?

With bitter almonds, 8 - 32 almonds will give you the lethal dosage of cyanide. Bitter almonds yield about 6.2 mg of cyanide per almond and the LD50 for cyanide is 50 mg - 200 mg.

Wild almonds are bitter, the kernel produces deadly cyanide upon mechanical handling, and eating even a few dozen at one sitting can be fatal. While wild almond species are toxic, domesticated almonds are not;

As far as I know, most (if not all) stone fruits contain cyanide in the wood, foliage and seeds. There are some sweet pit apricots which supposedly contain very little cyanide. I suppose this would be similar to domestic almonds. One disadvantage I’ve heard from Bob Purvis (who specializes in apricots) is that sweet pit apricots are more prone to squirrel predation.

It’s not surprising to me squirrels like the same tasty fruits and nuts (i.e. low tannin, low cyanide) which we prefer.

What about peach pits? Any cyanide? Which brings up another question. Do you break shell open when planting peach seeds? If I ever have flowers I want to try some crosses to grow out.

I myself am prone to squirrel predation so they better watch it!
Here you can’t really grow almonds, but walnuts are all over the place. The squirrels keep planting them in my garden argh! The good news is they do that more than take fruit. I lost one tomato to squirrels nothing else last year, actually only one bite, my dog just missed him! It was sprayed with hot pepper mix I make, he spit it out.
I’m growing the world’s hottest pepper this year, just for squirrel protection, and to give seeds to my hot pepper friends. Way too hot to use for anything!

I don’t break open the stone for planting peach seeds. I just plant them in the ground in rows. They sprout OK. I don’t know, maybe 50% germination? Whatever the germination, it’s plenty for me to grow rootstocks.

I suppose for the breeding purposes you mention, perhaps a higher germination rate would be very helpful.

Well if I was breeding, I’m more playing. Indian Free is not self fertile so if I hand pollinate and bag blossom it should come true to pollen used. It’s nice because I don’t have to emasculate the flower. I would like to make a nectarine with the cranberry taste of Indian Free. Not really for rootstock.
I would also like to make a very red peach, and was thinking of using a red plum, or maybe Nadia. Bagging the blossom with let me know if the pollen worked? It might not. Just for fun, no big deal.

I had 100% germination with 8 peach and 8 apricot seeds I stratified and planted last year. I cracked the pit in a vise, soaked the kernels overnight in distilled water then into a zip top bag filled with moist perilite, poked holes in the bag and into the fridge. The peaches stratified for 3 months and the apricots for only 2 months.
I wonder if your nectarine X Indian Peach will get the fuzz-less gene and taste like the Indian Free, I’d want one for sure!

I was thinking about that too! If the fuzz-less gene is recessive, no. I would have to cross fruit from that tree with another nectarine. Well it looks like all my fruit buds are probably dead, so i can’t do it till next year. Thanks for tips too. I will stratify and such also.

Before it died my Mormon apricot produced lovely crops of large fruit. The squirrels would crack open the seed to get to the pit, discarding the underripe fruit. Very hard to stop them, although I managed to shoot/trap a few.

The critturs would leap down onto the tree from an overhead communications line- quite a jump. Once I shook the tree so hard it scared the squirrel and he jumped out of the top of it onto the hard alley, a good 12 feet. You have to give them credit- they’re amazing athletes.

I was just curious about this apricot. I’m not a huge fan of them. I keep squirrels away with my dog. He watches the yard even from the inside and alerts me to any intruders. He is young and runs like the wind, he will catch them if they wander too far into the yard. One bite and they are dead. 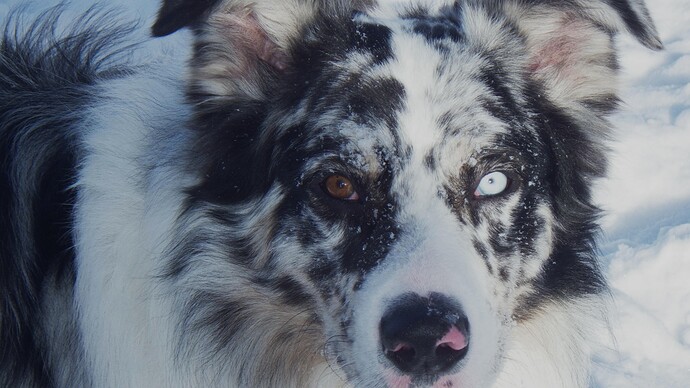 Starkbros sell an apricot call Sweetheart. the pit is edible. I got one last yr. It survived and about to leaf out. Maybe a few years before I get any fruit

Drew,
I have a couple of 30’ trees of sweet pit apricots. I never do anything with them. The former owner of bluebird nursery Harlan Hamerik was going to start 100 or more trees from cuttings off them because they are getting hard to find. He passed away before he could do it,

So Clark, can you tell us anything about these? Have you tasted the fruit? The seed? Do you know the name of the variety? Why are people trying ‘to find’ them?

Actually, apple seeds also contain minute traces of cyanide. As do pear seeds, but at a lower concentration. But, you’d have to eat LOTS of seeds to suffer any ill effects. The cyanide is released when the seed is cracked, but not if the seed is swallowed whole. As with a lot of things, it’s the dose that matters and eating a whole apple including the seeds isn’t likely to harm someone.

Some folks say that this tiny amount of cyanide may have a beneficial effect, maybe the old saying, “an apple a day keeps the doctor away” might have had this in mind? Makes you wonder about the origin of the phrase.

There are larger amounts in the apricot pit, and the compounds in the pit were used to develop the alternative anti cancer drug called Laetrile. It was initially claimed to cure cancer, then later claimed to slow its progression. Whether or not it has anti-cancer properties is debatable, depending on who you talk to. But, that is a whole other discussion that I’m not going to get into.

I would imagine the bitter almond tastes that way because of the larger amounts of cyanide in it.

Justanne4,
They produce a lot of fruit and kernels in the right area. The Kansas springs typically freeze the blossoms. Had a bunch one year and I did eat some of them that were good that year. Who knows if I wait 5 years this may be the right area because weather changes all the time. Lots of people love the idea of harvesting a nut and fruit from the same tree. The trees are pretty rare now. My tree came from henry fields or gurneys over 20 years ago.

There are multiple apricot varieties with a sweet pit. I didn’t make research into it, so don’t have a list, but the sweet pit characteristic is not too rare.

Chinese (Mormon) is one. That’s the one I’ve got. Growth is slow, but then again mine is slightly shaded.

It’s in its second year

I think I might buy one. I want to hybridize it with my peach x almond hybrid.

If I were to get a scion, onto what type of tree might I successfully graft it?