Follow-up on a post of mine from last year. 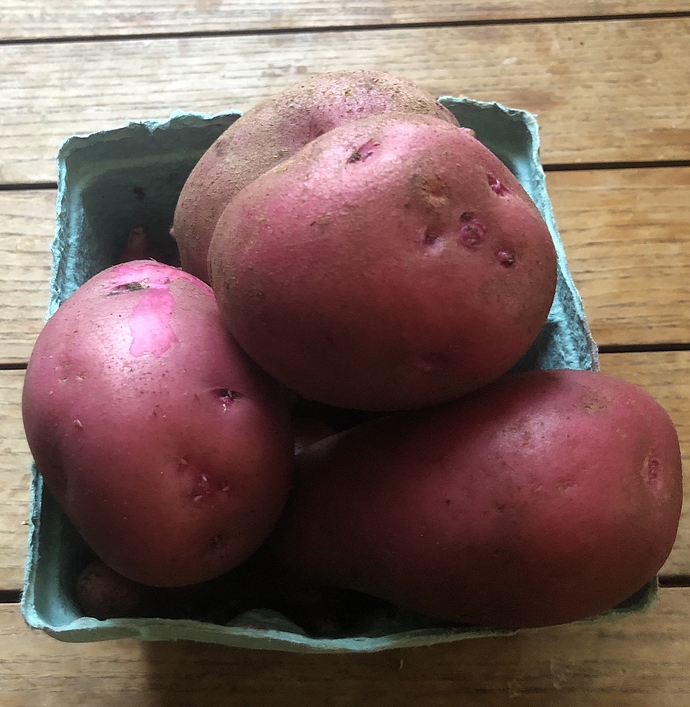 BEF096A8-4038-465F-9873-8208DB51477E.jpeg1996×2046 813 KB
Down to 25°F over night, so not our first frost, but the first widespread and killing frost, including doing in the last of our potato plants. Remaining were the last of the Romanz – I had done a second planting and allowed several Romanz plants to grow for a few more weeks after our original harvest. Glad I did, as I harvested another 5 pounds of them this morning.

Romanz, with its purply red skin and yellow flesh, is a favorite of ours. We used to order them from Ronninger’s, but when it merged with another potato grower to form Potato Garden, Romanz was dropped. We’ve kept Romanz going for a dozen years or so by saving our own seed potatoes, but only enough for ourselves, and every year we fear for a failure, but they came through again, thanks to the second planting, and seed potatoes can be saved. They must be very disease resistant, since we’ve never had any problems.