Hey, folks.
I’m slated to take a trip out to visit my eldest daughter, who’s currently working in the San Fran area, in late March.
I don’t know anything about that part of the world, but if any of you live in the region or have spent time there, I’d be interested in hearing from you about things/places to see and do… particularly if they’re plant related, like arboreta, botanical gardens, etc.

I like Muir Forest, Fort Point near Golden Gate Bridge, Walt Disney Museum, Lombard Street, Pier 39 … so many things to do and see there… I love the place…

If you get to Berekley there is a great Rose garden:

as well as the University Botanical Garden: 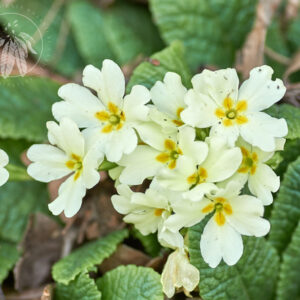 There’s a modest fee at the botanical garden.

You won’t be bored!

The SF Botanical Garden in Golden Gate Park is fantastic.

There is a bit of a climb involved,but there are wooden steps going up Telegraph Hill to Coit Tower.The walk goes through private gardens along the way.Another way to do it,is take the public bus up to the top and then walk down.I like the side that faces the Fisherman’s Wharf area.I think these are called the Filbert Steps.
The wild Parrots might even be around. Brady

If you have a rental car, definitely drive down the coast to Big Sur. Routinely voted one of the most scenic drives on the planet!

I don’t live there, but visited there a couple times back in the 90s. Just to the the north in Marin county is Mt Tamalpais state park, awesome views up on a ridge of the ocean and surrounding area. Some very nice scenic roads up there. As others have noted, Muir Woods is in that area, which includes some redwood groves.

If you have the time, Pt Reyes national seashore is very nice. Especially out on the point where the lighthouse is. Some very rugged and beautiful beaches. It can be quite blustery and cool out on the point, but drive inland a bit and it warm and dry-er. Although this year it may be rainy in lots of places.

The drive up Hwy 1 towards Mendocino is spectacular. A cliff hugging road with awesome ocean views. It may not be as scenic as Big Sur, but it has its appeal.

In town Baker Beach offers a nice panoramic view of the GG bridge, and Marin county. And of course you can walk across the bridge, even tho it is a long walk.

One thing you will find during your travels there… The traffic can be horrible, trolley rides when possible make for a nice visit as well. Don’t miss out on some of the great food as well!!

Depends what you like doing. Personally I’d avoid Pier 39 and Fisherman’s Wharf, since they’re tourist traps and there aren’t many plant-related things there. If you want to eat plants, I recommend Greens in Fort Mason. Muir Woods is very beautiful, but a bit of a drive from SF. Lands End is a beautiful park with some amazing views. The Presidio has some great stuff, like the Legion of Honor. There’s also an exhibit by Andy Goldsworthy there which, if you don’t know anything about him, is his making art from the things found in the area. It’s a beautiful walk in the trees, to boot.

I’d recommend going to the Mission and trying some of the amazing food. If you go to the East Bay, there’s a botanical garden in Tilden Park. There are also multiple rose gardens. If you visit Evergreen Cemetery in Oakland you can see some amazing graves and the best views of San Francisco around.

strongly concur with avoiding Fisherman Wharf and Alcatraz, which are horrible. For hiking, if you are in the lower peninsula Big Basin State Park offers sequoia groves but also chaparral, oak/madrone/bay mediterranean woods, and solitude, and I much prefer it to the parks near SF. you can hike 3 or 20 miles, it is a big park. If you want to drive a bit further, concur that Point Reyes is a lovely spot, specially if there are big waves.

I was back there last in 2012, I had a wonderful dinner at La Ciccia, Sardinian restaurant, in Noe Valley. OpenTable showed no open tables, but I called saying I was from Michigan and in town only for two days, and they opened a spot at 8pm for my family and a local friend.

If you want to fish there are party boats out of Half Moon Bay to the ocean, but then how are you going to cook and eat all that fish? If you get seasick, there are party boats fishing the much calmer Bay, too. There are also beautiful drives, most notably Skyline Boulevard along the Peninsula watershed. In the City, I was always impressed with Golden Gate Park, its museums, and its closeness to the non-Chinatown cluster of Chinese restaurants in Clement Street.

OKay, so a few really good suggestions - definitely need to drive down Lombard St just to say you did it. The stately Queen Ann’s are very lovely, and the crazy street is pretty cool. The botanical gardens for sure at Golden Gate Park. And while you’re there, you might want to catch the California Academy of Sciences, it is so cool. Ghiradelli Square is fun (sort of part of Fisherman’s Wharf, but far enough away to avoid the smell), and the building is historic. Fisherman’s Wharf stinks, but some folks like it. And definitely you’ll want to visit Chinatwon. It is in an entirely different class than any other Chinatown. It is the largest Chinatown outside of Asia, and the oldest in N. America. And, if you like art, the SFMOMA (San Francisco Museum of Modern Art) is fabulous. Also, the Palace of Fine Arts is worth a look. I think it’s one of the only structures left over from the 1915 Exposition. Very beautiful, I also think it’s on the historic register. Nice place to have a picnic lunch.

We went to the Palace of Fine Arts, unless my memory is confused. It was north of Chinatown, is that right?

Yes, north and a bit west. Chinatown sits between Nob Hill and the Financial District. Palace of Fine Arts is in the Marina District, on the edge of the Golden Gate park general area (Presidio), close to the bay.

Emma Prusch Park in San Jose is nice to for those into fruit orchards.

If you’re not exhausted by doing all of the above, don’t forget a visit to the wine country. Sonoma and Napa aren’t far away. You will see beautiful scenery, taste amazing wines and eat excellent food. I’m trying to bring it back to fruit! There used to be apple orchards in Sonoma County but land values got pretty high. I remember Gravensteins but the Newtown Pippins were heaven.

The Presidio has some great stuff, like the Legion of Honor.

The Legion of Honor art museum is simply the best in the Bay Area. If this interests you, then get tickets in advance for whatever the featured show is, but don’t miss out on the rest of the static art.