Last year I got several grafts to work on the DRO141TX rootstock. But I was not paying enough attention during the growing season and the rootstock sprouted a shoot on the biggest plant which eventually took over the whole thing. The rootstock plants still did a lot better than the non-grafted ones in terms of production, and made it to frost still going like gangbusters.

I also finally got some grafting clips to make life a bit easier. I should have bought some right when I started.

This year I remembered to start the rootstocks a bit earlier, I just started the rootstock seeds yesterday and will start the top varieties later. I also am trying Estamino rootstock, I thought it would be interesting to compare and there is not a whole lot of information on what rootstock works for what varieties/conditions/etc. The price is a bit ridiculous but I can get many years out of a packet as I only grow a few tomato plants each year.

Does it make a big difference for disease resistance? I’ve pretty much given up planting tomatoes here. This might be a great option though if it works well!

How hard are they to graft?

I’d love to try this. Does it work with all tomato varieties? I’m going to have a row of six plants and I’d like six different tomatoes for variety. Are there different results with determinate vs indeterminate?

Anyone know where I can get < 20 seeds? I’m in north TX if it matters.

Where are y’all buying your rootstock seeds? What variety?

from what if heard/read (still need to give tomato grafting a try)
it works well for soil diseases. So ideal for in ground greenhouse growing. But does nothing or next to nothing against blight (like Phytophthora or other fungus that infests leaf’s)
Although the stronger roots might help the plant survive/recover better from blight.

There are some tomato varieties with higher water mold resistance. Those work a lot better for outside growing here. But I’m in the EU. so not sure what your climate/region does for tomato growing.

TBH I’ve never taken the time to identify every disease that I’ve seen on them. I know sometimes it is blight, but there could be others. Now I want to try a few grafts with varieties that have blight tolerance.

Unlike my grafting ability for fruit, I’ve had great success with tomato grafting, both in the number of takes (which is essentially 100%) and in terms of plant growth and development. Last year we were overflowing with tomatoes - my 4 year old would head into “the jungle” to get all the tomatoes that we couldn’t see because the plants had grown so well.

I’ve used a couple of different rootstock over the years but Estamino is my go-to now.

This year I remembered to start the rootstocks a bit earlier, I just started the rootstock seeds yesterday and will start the top varieties later. I also am trying Estamino rootstock, I thought it would be interesting to compare and there is not a whole lot of information on what rootstock works for what varieties/conditions/etc.

That’s interesting. For me, I find the rootstock grows far quicker than the scions, so I start most of my scions for 2-4 days before the rootstock. That said, I always grow some scions out at the same time and a few days after, just to cover my bases.

Though our climates might create outcomes, I really like Estamino. Prior to it, I used a number of ones from Seeds and Such such as RST-04-105 T (along with others it looks like they no longer carry).

Hopefully Estamino’s a good one for you.

If anyone is interested in a group by for the DRO141TX seeds, let me know. Smallest batch seems to be 250, I only need about 20.

That’s interesting. For me, I find the rootstock grows far quicker than the scions, so I start most of my scions for 2-4 days before the rootstock.

Hmm, it might be related to your use of Estamino … my Estamino seeds are already sprouting and it has only been a day or two! The DRO141TX have always started off slowly. I decided to start a few tomatoes for the Estamino now.

If you want a small amount of rootstock seed the Estamino may be the way to go… they come in packs of 20 from several places, e.g. Tomato Growers Supply which is where I got mine. Johnny’s usually has smaller packets of DRO141TX but it looks like they are sold out. I only use a few each year so my packet from several years ago is still going strong.

I don’t have a clear picture of how well rootstocks work for disease resistance, but I used to have all my plants fading in later July and the grafted ones lasted all summer so it seems like it is at least a step in the right direction. Many of the disease problems are root diseases, especially if you need to re-plant in a similar area each year like I do.

I found some at paramountseeds.com.

Do I have to raise the desired varieties from seed as well in order to match stem sizes? Any good source for the grafting clips? I’m guessing I can find how-to videos on YouTube, but do you have any resources you found particularly helpful?

If trying this out for the first time, consider doing a few batches of tomato varieties a few days before you start your rootstock seeds, at the same time, and a few days later. This’ll guarantee you’ve got similar diameter in stems when you go to graft.

Amazon has a good number of clips available. I like the silicone ones such as this Really easy to slide the two stems together to match. You can find them outside of Amazon as well.

As for You Tube videos, this is the one I refer to, though I’m sure there’s plenty of good ones. I really focus on putting them in a dark humidity dome immediately after grafting, then slowly bring down the humidity, then slowly acclimate to light.

Well I’ve begun the journey! Eight varieties all going on DRO141TX. I think my timing is fine for Texas; this should be the last freeze of the year. Soil temperature is sitting right at 80-82°.

So once they sprout the dome comes off and the light comes on, right? And I want the light just above the sprouts? I’m planning on 12 hours of light, but would 24 be better? 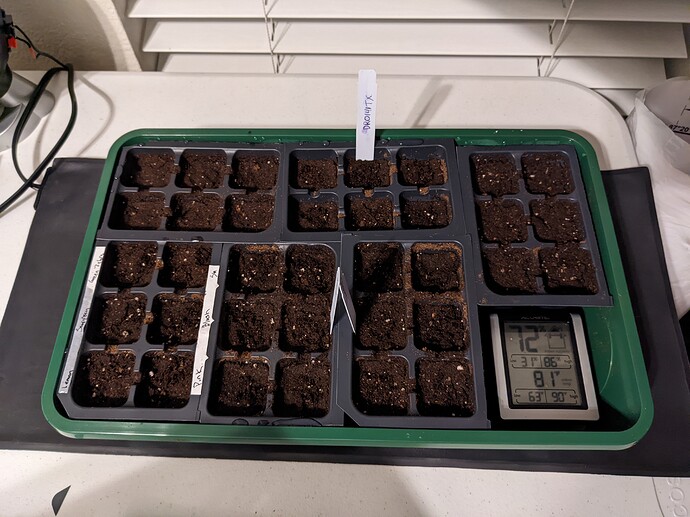 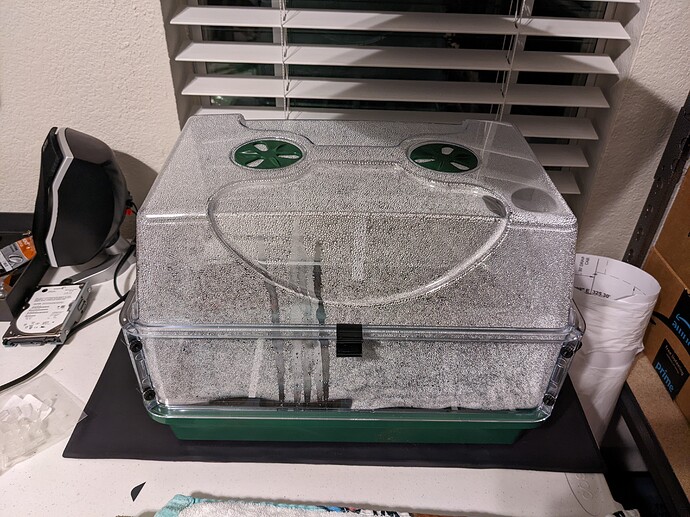 It looks like my DRO141TX are duds, none of them are sprouting and all my other seeds sprouted including peppers. Thats a big bummer, they were expensive. They are not particularly old, three years I think. I had somewhat low germination last year on them, but not 0%. It looks like Estamino will be my sole rootstock this year…

Here are the tomatoes I have going now: Sun Gold, Brandywine (unknown which one), Stump of the World, and Cherokee Purple.

Hey calling @zendog to this thread, he is a grafting expert.

Any recommendations on grafting clips that work well? I have my seeds ordered! They should be here early next week. Going to give tomatoes another try.

They are all pretty similar I think? I have these ones: 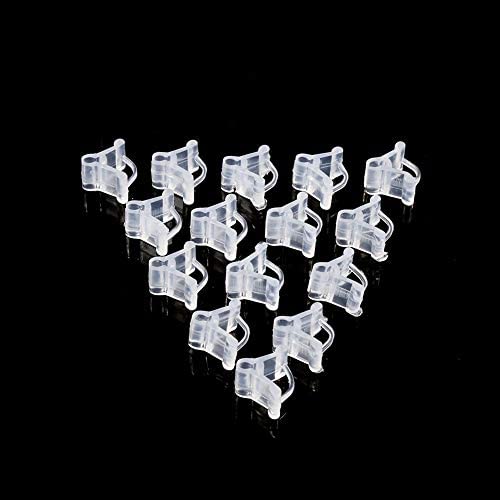 Hi tomato grafters! Sorry to be late to the party. I’m glad scott tagged me since I had a tray of rootstock seeded that wasn’t under the lights and it reminded me to check them. Another day and they would have been a mess, but I think they’ll be okay. 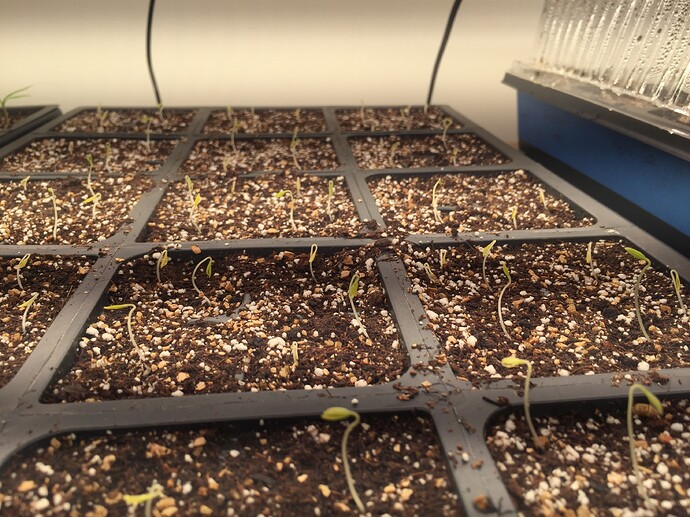 For clips I only use the silicon clips for top grafting tomatoes. I really like the one’s from Johnny’s that have a separate hole to put a stick through to stabilize the plant.
https://www.johnnyseeds.com/tools-supplies/seed-starting-supplies/grafting-supplies/top-grafting-clips-with-channel-2.2-mm-7903.html
But there are a lot of similar ones without the extra hole available on Amazon where you can get them in smaller quantities. The ones in Scott’s post are plastic and can work, particularly on thicker stems, but the silicon are great at enclosing and stabilizing the graft joint.

Looking through the thread, a few other things.

For germination, I’ve found the rootstocks are generally quick to germinate, but do seem to lose viability due to age much faster than regular tomatoes. I planted 60 cells of DRO141TX and they are all up, but the 12 cells of 3-year old RST-04-106-T I planted are not showing any life. I hope to get at least of few of those to sprout, since I’m growing them for a friend who is dealing with root knot nematodes and that rootstock is supposed to be resistant.

While I don’t know how bad any soil borne diseases are in my particular growing space, grafting definitely gives me a more vigorous plant that is better able to deal with the foliar and other diseases. Grafting definitely also keeps fruit size up the whole season long and does improve production. The first year I did it I grew 3 plants each of 5 varieties of heirlooms. For each variety I grew one on its own roots, one on one type of rootstock (RST-04-106-T) and one on a second rootstock (Maxifort). I had 100% survival of the grafted tomatoes right till frost and better and larger production. Of the ungrafted, I lost about 50% before frost to various foliar issues. Ever since I’ve grafted every year. Cherry tomatoes are my one exception, which seem to do fairly well on their own roots, possibly since they aren’t putting so much energy into the larger fruits.

Regarding grafting to determinate, I don’t grow determinates much, but I did graft to some Divine Maltese last year when I didn’t realize they were determinate. They were very healthy, productive plants, so it worked, but I didn’t do a control on their own roots so can’t say for sure how much difference it made.

And here is a video I did last year on how I graft them. 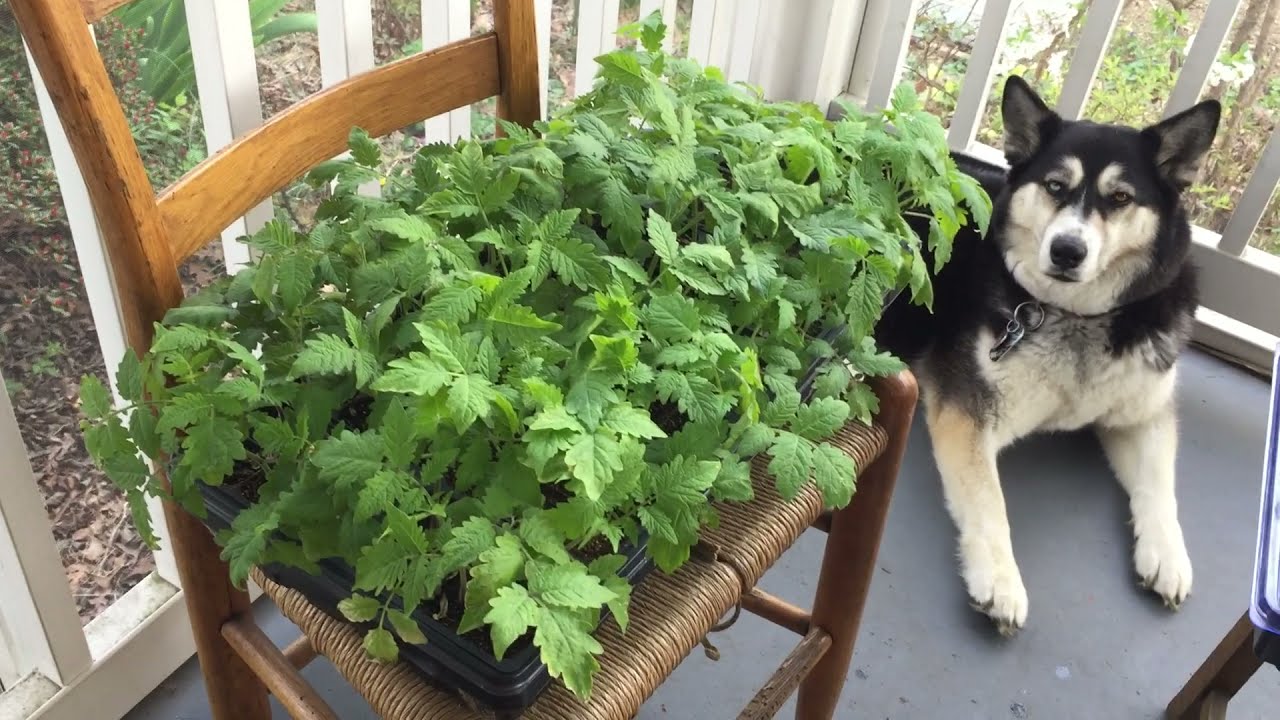 And then this is a video on the healing process. The healing is actually more challenging until you get a sense of it, since it is easy get mold issues, or adventitious roots coming out of the scion if you keep it too humid too long, but hardening off too quickly obviously doesn’t work either. 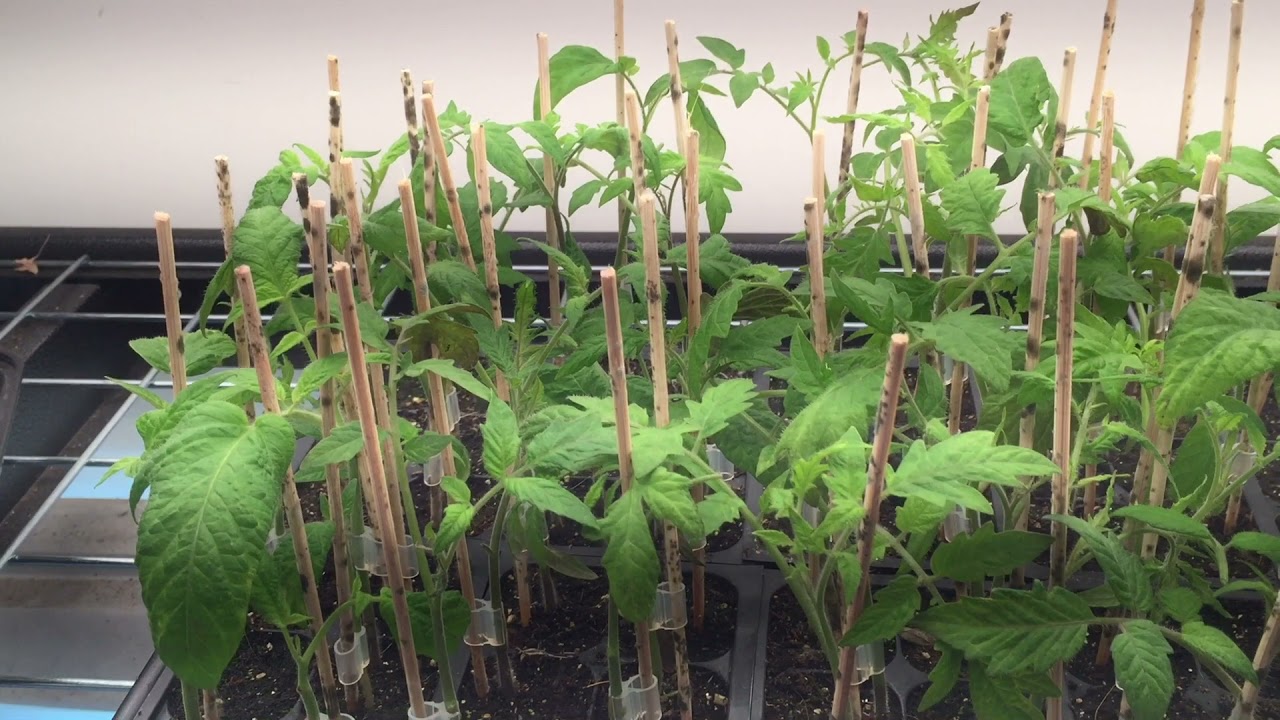